High price and a market demographic that doesn't exist 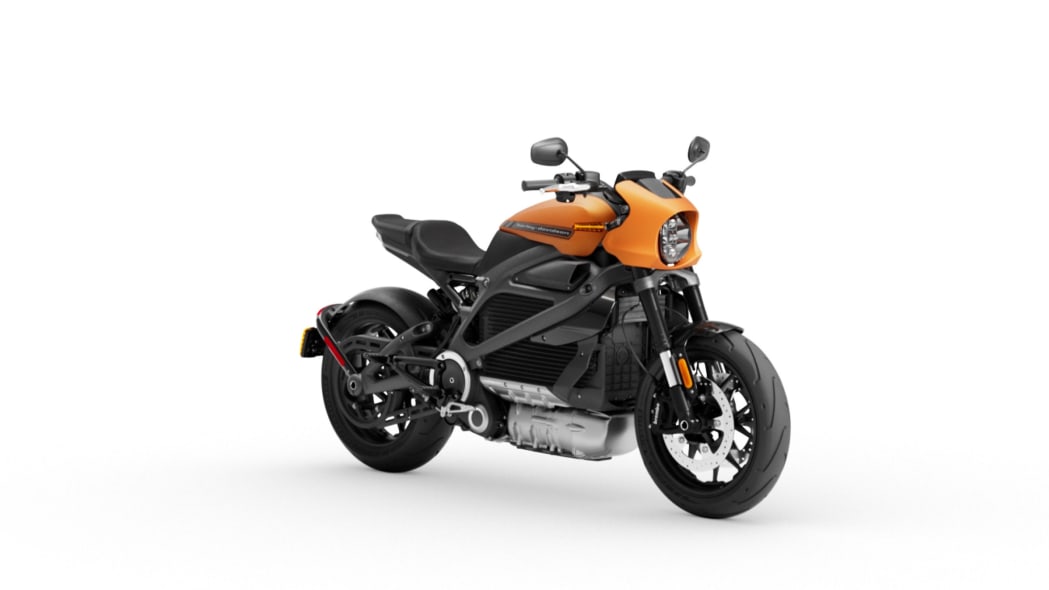 CHICAGO — Harley-Davidson is betting on electric motorcycles to attract the next generation of younger and more environmentally conscious riders to reverse declining U.S. sales.

But as Harley ships its first "LiveWire" bikes — priced at $29,799 — to dealers, there is little evidence the 116-year-old brand is catching on with new young customers.

The problem lies mostly with this "super-premium" product's price. The bike costs nearly as much as a Tesla Model 3, and aims for a market that does not really exist: young, "green" and affluent first-time motorcyclists.

The sleek sport bike has been available for preorder in the United States since January. However, the bulk of the orders are coming in from existing and old riders, according to interviews with 40 of the 150 dealerships nationwide that are carrying the bike this year.

The dealers Reuters spoke with account for little over a quarter of LiveWire dealerships and are spread across Wisconsin, Illinois, Indiana, Ohio, Michigan, California, Nevada, New Jersey and New York.

Harley has for years failed to increase sales in the United States, its top market accounting for more than half of its motorcycles sold. As its tattooed, baby-boomer base ages, the Milwaukee-based company is finding it challenging to woo new customers.

In 2018, Harley posted the steepest sales decline in four years in the United States. U.S. sales are tipped to fall again this year.

The heavyweight motorcycle maker's stock price has declined by 42% in the past five years. By comparison, the S&P 500 Index has gained 47%.

When Chief Executive Officer Matt Levatich announced LiveWire's launch last year, his hope was the ease of riding motorcycles with no gears or clutch would help attract young and environmentally conscious urban riders.

In an interview with Reuters in February 2018, Levatich said the bike would help address Harley's demographic problem.

"It is more about the next century than the last century," he said at the time.

The preorders, thus far, have belied those hopes, according to the dealers.

"It is appealing to a demographic that is already riding," said Gennaro Sepe, a sales manager at a Harley dealership in Chicago. His store has received four preorders for the bike. All of them are from existing riders.

The motorcycle maker is not the only company investing in battery-powered transportation.

"Interest is very high. But once you get to pricing, interest is thrown out of the window."

Tougher emissions rules in Europe, China and the United States are forcing auto companies to switch to electrified models. A survey of U.S. millennial motorcyclists, published in February by the Motorcycle Industry Council, found 69% of the riders interested in electric motorcycles.

Harley's dealers said they are getting inquiries from young customers, but are struggling to translate them into sales. A key reason: LiveWire's retail price.

"Interest is very high," said a sales manager at a New Jersey-based dealership, who declined to be named because he was not authorized to speak to media. "But once you get to pricing, interest is thrown out of the window."

Over half of young college graduates in America, whom Harley is courting with battery-powered bikes, are saddled with student loans that entail average repayment of $200 to $300 per month.

Harley is not offering any discount or incentives to push the sales, either, the dealers said.

In an interview with CNBC television in May, Levatich called LiveWire "one of the best engineered products on the market" and said it was worth its price.

Gary Jon Prough, general sales manager at a dealership in Countryside, Illinois, said the vast majority of millennials cannot afford the bike as LiveWire is targeted at young and affluent customers with incomes above $100,000 a year.

To drive up sales, Prough and other dealers expect Harley to go Tesla Inc's <TSLA.O> way: launch more affordable battery-powered vehicles after creating a buzz with the premium model.

Tesla's first electric car cost over $100,000, but prices came down with subsequent models. Its Model 3 now comes with a base price of $35,000 and was instrumental in lifting its vehicle deliveries to a record level in the latest quarter.

The motorcycle maker has plans to bring out four more electrified models in the mid-power, low-power, e-bicycles and kids' two-wheeler segments by 2022.

But unlike Tesla, Harley does not enjoy the true first mover's advantage.

California-based Zero Motorcycles is already selling electric bikes in the United States with retail prices ranging from $8,500 to $21,000. Its top-end bike - SR/F - is similar to LiveWire, but costs nearly $9,000 less.

Still, Bob Clark, a dealer for Zero's bikes in Chicago, says he has not yet sold one SR/F to riders under the age of 35. All three electric bikes he sold to young riders this year were in the $10,000 price range.

It is not just pricing. LiveWire's limited range is also hampering its sales.

The bike can travel 146 miles (235 km) in the city or 95 miles in combined city and highway riding per charge. An ordinary household outlet can provide an overnight charge, while Level 3 direct current fast chargers stationed at Harley dealers will fully charge the bike in 60 minutes.

Seven Harley dealerships told Reuters they have not even bothered ordering the bike, which would require investing in a Level 3 charging station and training staff.

An Ohio-based dealer, who had initially signed up for LiveWire, said he pulled out at the last minute as he was not sure of the bike's demand in his area.

A delay in LiveWire's arrival in stores has left the dealers in the Midwest and the East Coast with hardly a month to aggressively push the bike before the snow season sets in. Winter generally means a lull for motorcycle sales.

When dealers began taking preorders, the delivery was expected in August, but was later shifted to September. On Sept. 30, the dealers Reuters spoke with were still waiting for the first bike.

In a Twitter post on Oct. 2, Harley said the bikes are starting to arrive at authorized dealers. The tweet also carried a picture of the first LiveWire that was "rolled off the line" at its York, Pennsylvania, facility in late September.

With the demand rather limited, the dealers said, Harley has decided to keep the supplies tight in order to protect the bike's brand value and prevent any price-discounting pressure. The dealers said they are all expecting to receive less than 10 LiveWires this year.

James Hardiman, an analyst at Wedbush Securities, reckons Harley would sell between 400 and 1,600 LiveWires in the first year. That is not even 1% of the 228,051 bikes it sold worldwide last year.

"This is going to be largely a rounding error certainly this year and even next," Hardiman said.