It'll be available starting next spring 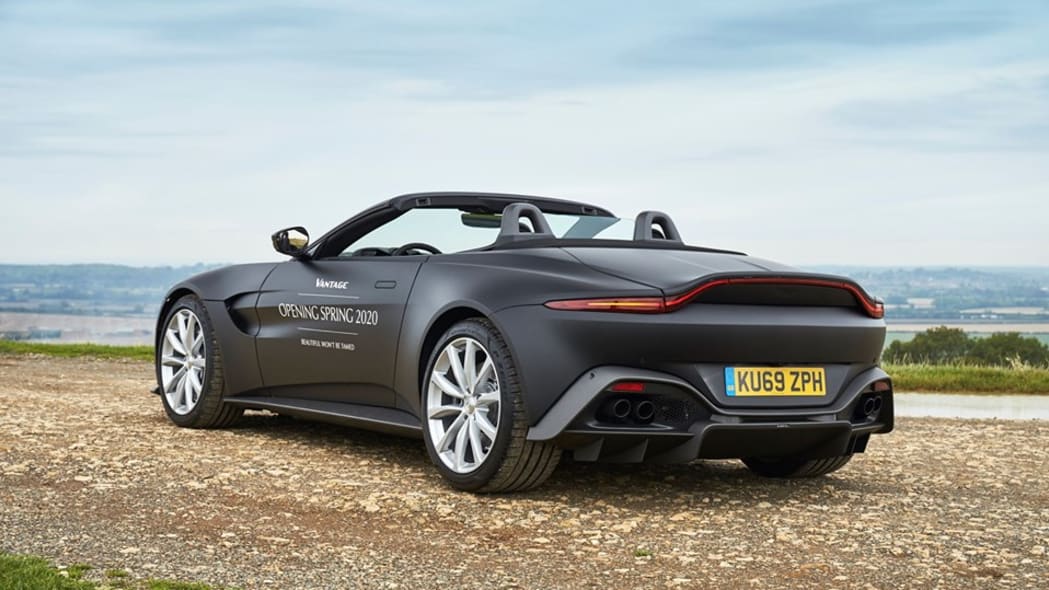 Aston Martin has tweeted the first official image of its Vantage Roadster in prototype form, following a promise made earlier this year to unveil a convertible version by year's end of the all-new coupe that was unveiled almost two years ago. As is clearly illustrated on the door, you’ll be able to buy the droptop next spring.

That’s about the extent of information on offer from the company, but, well, look at the thing! It’s presented in matte black paint, which suits it well and shows off the side gills, sculpted sidelines and the ducktail rear spoiler with the arching, full-length LED taillight.

It may also be instructive to look at the DB11 Volante, the convertible version of Aston’s higher-slotting sports car, for clues. It required tweaks to stiffen the chassis and redistribute the added weight as a result of chopping off the top. That droptop is also more expensive than the DB11 coupe, something we can also expect from the Vantage Roadster (the Vantage coupe starts at $149,995 and weighs in at 3,373 pounds).

The Vantage features an AMG-sourced 4.0-liter twin-turbo V8 that makes 503 horsepower and 505 pound-feet of torque and sends that to the rear wheels via a rear-mounted ZF eight-speed automatic transmission. In the coupe version, that setup helps produce a 0-to-60 mph time of 3.5 seconds and top out at 195 mph, though of course we’ll have to wait for more from Aston closer to the soft top’s launch. But before that, of course, we’re likely to see the DBX sport-utility vehicle, which is set for a December reveal. 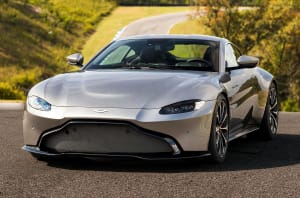 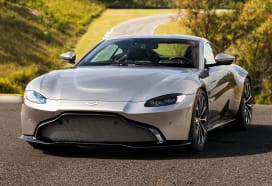