Check out that wild spoiler 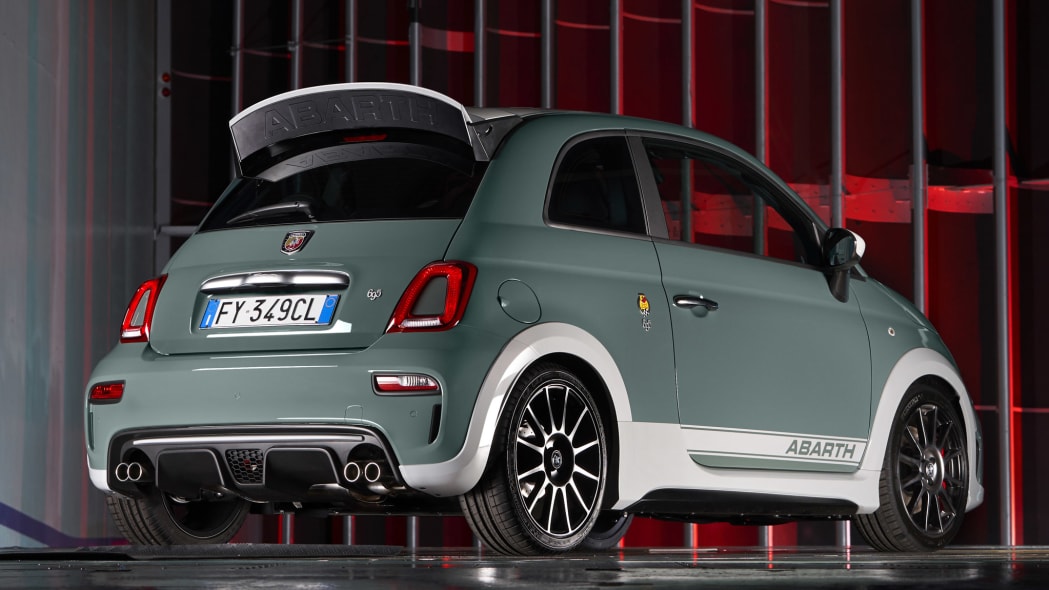 Fiat recently told us it would be discontinuing the Fiat 500 hatchback and convertible in America, but Europe still enjoys small cars. There, Fiat just took the wraps off the nuttiest and most shocking 500 variant of all, the 695 70th Anniversary edition.

Although we won’t be getting it in America, we can't help but gawk at that spoiler. Look at it! Abarth went all out with this manually adjustable spoiler, naming it “Spoiler ad Assetto Variabile.” There are 12 different settings, varying from 0 degrees to 60 degrees in full attack. Fiat says its highest downforce setting provides 92.6 pounds of downforce at 124 mph. Testing was done in an Italian wind tunnel, ensuring the wing’s functionality. It also says “Abarth” on it in big lettering, making it even cooler.

The Fiat 695 Abarth is a tribute to the 70th anniversary of Abarth, which was founded in 1949 by Carlo Abarth. Only 1,949 will be made, and it’s more than just the wing that sets it apart. All of the anniversary cars will get a full body kit, contrasting with the main paint color. A checkered roof and Abarth Scorpion stickers will also set it apart from other 500s. Additionally, Fiat is equipping all of them with the vocal Record Monza exhaust, a limited-slip differential, bright-red Brembo brake calipers and special 17-inch alloy wheels.

On the interior, folks will get “Sabelt Tricolor” seats only meant for this special edition car — they’re black, but they have the Italian flag colors on the headrest. Power remains the same as a regular 695 Abarth, putting out 180 horsepower and 185 pound-feet of torque from the 1.4-liter turbocharged four-cylinder. You’ll be able to hit 62 mph in 6.7 seconds with this Abarth and a top speed of 139.8 mph.