Watch the top go down — and hear a surprising sales prediction 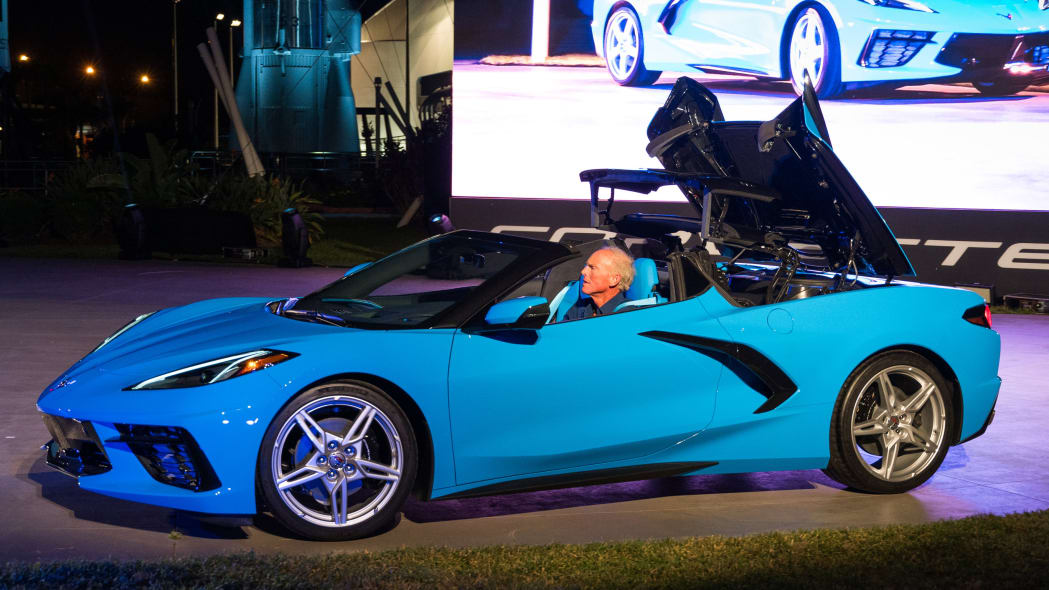 KENNEDY SPACE CENTER, Fla. — At the reveal of the 2020 Chevy Corvette convertible, we spoke with Tadge Juechter, the Corvette lead engineer, to glean some extra details. He talked to us about the thinking behind the retractable hardtop, some of the differences between the coupe and the convertible, and he gave some insight into which version might be the better seller.

The retractable hardtop, which is a first for the Corvette, was selected for a few reasons. Juechter said that the modern, high-tech look and feel of a solid, composite roof was in keeping with this radically new car, more so than simple canvas or vinyl. It was also the preferred route since most of the more expensive mid-engine competition use hardtops.

As with most convertibles, the new C8 Corvette convertible weighs a bit more than the coupe. While Juechter didn't have a final number available, he said it should only be about 80 pounds heavier. As a result of the extra weight, Chevy expects the final 0-60 time to be about 3 seconds compared with the coupe's sub-3-second time. Most of the convertible's extra weight is in the top and its lowering mechanisms, since he said that no additional reinforcements were added to the car. It's also just as stiff as the coupe.

Chevy is also preparing for the convertible to be popular. Juechter told us that the company isn't sure yet which body style will lead sales, but it's prepared its production facilities to produce at least 50% of Corvettes as convertibles, potentially more.