New headlights and a revised fascia outside, Android Auto added inside 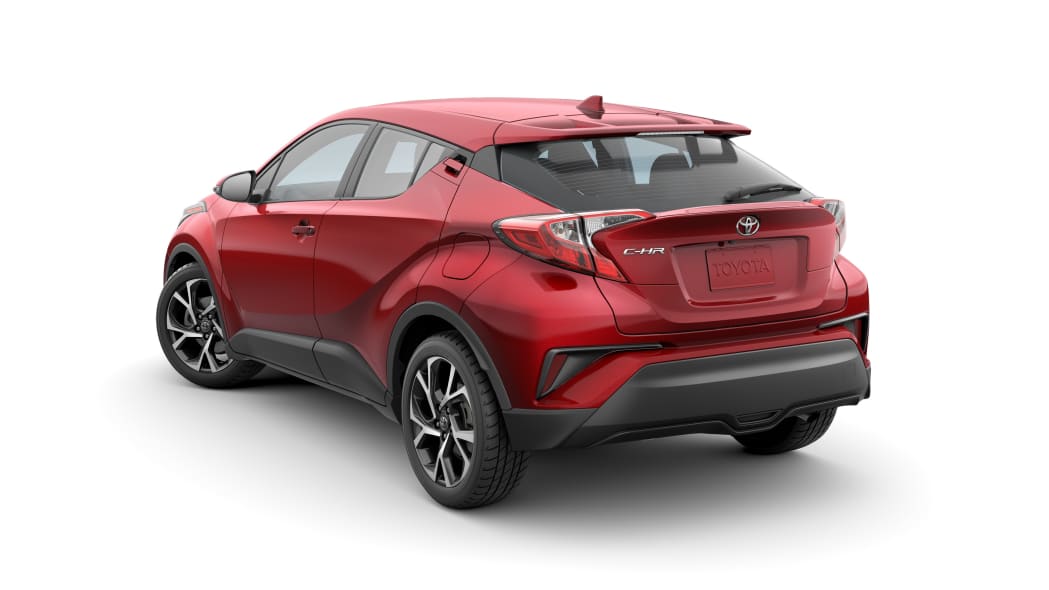 The Toyota C-HR has been an unusual-looking little car with a design that stands out from the rest of the tiny crossover crowd — the automaker calls its look "extroverted," eye-catching in either a good or bad way depending on your sensibilities. Toyota sells a fraction of these compared to sales of its wildly popular RAV-4, but one point in the C-HR's favor: It sports the increasingly popular "coupe" shape that's in vogue right now, further crossing over between car and SUV. For 2020, the C-HR keeps that sloping profile but refines the look with a restyled front end and some new wheels and colors.

Up front, the C-HR gets a redesigned fascia, headlamps, bumper, grille, and spoiler. Slim new LED headlights that wrap the hood are now standard even on the base LE trim. The LE also gets a new 17-inch wheel design, while new-look 18-inchers appear on the Limited.

Stepping up from LE to the XLE middle grade adds some cabin amenities like new seatback pockets and sunvisor extensions. Moving up to the Limited gets you leather-trimmed seats that are heated in front, with eight-way power adjustment for the driver, and some nice ambient lighting. Toyota also promises new soft-touch materials throughout the cabin. The XLE trim features a new blue-black interior with the accent on blue: on the instrument panel, center armrest, seat trim, and seat quilting. The Limited has the same idea in black and brown, with a bit more style in silver instrument-panel trim. The aforementioned leather-trimmed seats feature a perforated diamond pattern.

In the ever-challenging quest for automakers to design headlights that will pass Insurance Institute standards, Toyota is going for LED at every trim level. In the Limited, the headlights are auto-leveling and turn with the front wheels.

New colors for 2020 are Supersonic Red and Hot Lava — that is, orange — to go along with existing colors Blizzard Pearl, Blue Eclipse Metallic, Magnetic Gray Metallic, Black Sand Pearl and Silver Knockout Metallic. The new red and orange are premium colors (as in, costs extra), and the orange is available only with the R-Code black roof. You can get that roof in combination with the silver, white and red also, but last year's white roof is gone. Opt for a black C-HR, and you can pair it with an R-Code silver roof. With either roof, the side mirrors and A-pillars match.

The C-HR still comes with the Toyota Safety Sense P (TSS-P) suite of safety systems as standard equipment: pre-collision and pedestrian detection, lane-departure alert, automatic high beams and adaptive cruise. Not to mention the basics like stability control, traction control and a backup camera. On the XLE and Limited, you get the additions of blind-spot monitoring and rear cross-traffic alert.

Nothing changes under the hood, where the C-HR retains its 2.0-liter four-cylinder at 144 peak horsepower and 139 pound-feet of torque. The C-HR remains front-wheel drive only. 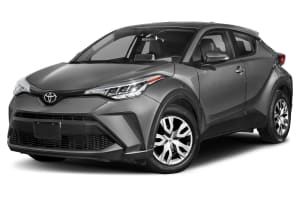 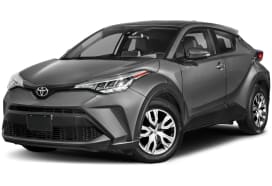 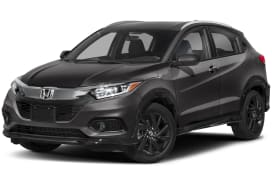 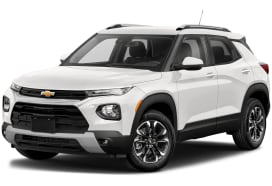 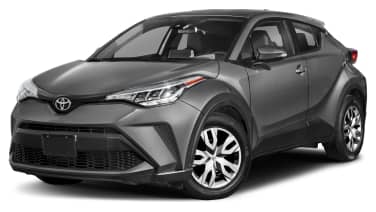 $25 - $25 Nat'l avg. savings off MSRP
See Local Pricing
I'm not in the market for a vehicle at this time. Please move this suggestion to the side for 30 days.
Huge Savings