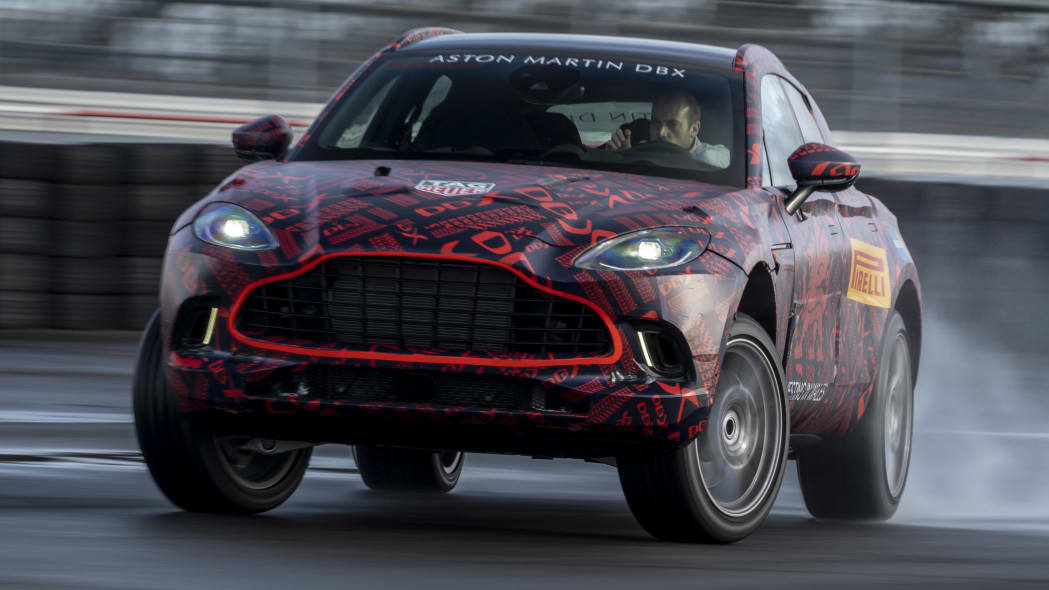 Ratings agencies Standard & Poor's and Moody's have taken a dim view of Aston Martin Lagonda. S&P cut its credit rating on the storied carmaker deeper into junk territory this week, and Moody's revised its credit outlook to "negative" after the company raised $150 million in debt from a bond issue at 12% interest, with the option to raise another $100 million at 15%.

The Standard & Poor's rating was trimmed by one notch to 'CCC+', which reflects substantial risks and takes it close to default territory after a faster-than-expected cash burn this year. The outlook is negative.

The negative outlook reflects ongoing pressure on profits, a high cash burn, and very high leverage in the face of heightened risks linked to a potential no-deal Brexit and new tariffs on car imports threatened by the United States.

The potential salvation for the company is its new DBX luxury SUV, the success of which is critical to its ambitious growth strategy and ongoing creditworthiness, S&P said. But Moody's noted that it's burning cash at a high rate as it nears the launch of the DBX.

The British carmaker, known as James Bond's favorite marque, has been hit by falling demand in Europe, the Middle East and Africa. It slumped to a first-half loss in July.

Chief Executive Andy Palmer said concerns around Brexit and U.S.-China trade relations were skewing the outlook to the downside, so it was prudent to address investor concerns about its balance sheet.

"Taking this debt on — short-term debt — is we think the correct tool to completely remove that thesis that we don't have sufficient liquidity," he told Reuters.

"In every substantial and material way, this ensures that we can get through to DBX in spite of what all of those global uncertainties might throw at us."

Shares of stock in the company, which have had a precipitous fall since they listed in London in October 2018 at 19 pounds, were trading down 5% at 545 pence in early deals.

Broker AJ Bell said Aston Martin was known for its high end prices and that situation now also applied to its debt.

"These rates are very high and are a major red flag that investors consider the car company to be a high risk entity," it said.

Ratings agency S&P downgraded its issuer credit and issue ratings to "CCC+" from "B-", with a negative outlook, saying it believed Aston Martin had reached the ceiling in terms of the amount of term debt and cash interest burden it could sustainably service.

Kicking the can down the road

Analysts at Jefferies, who said they had expected the company to raise 200 million pounds at a rate of 10%, said it was an "expensive short-term de-risking".

"Aston Martin Lagonda's debt raise feels a bit like kicking the can down the road but should de-stress liquidity," they said. "It also provides needed breathing room to execute the DBX launch, although a high order rate should reduce the need to raise more debt."

Aston Martin said the DBX, its first sports utility vehicle, was on track for first deliveries at the end of the second quarter of next year.

It will need to secure 1,400 orders for the SUV by the middle of next year to release the second tranche of debt at 12%. If it misses the target, the tranche could be issued as unsecured notes, with a coupon of 15%, it said.

"We haven't formally started trading the car yet — it hasn't been unveiled — but with early indications with private viewings we think that eminently doable," Palmer said of the target.

Aston Martin said demand for its special vehicles remained strong, with the Valkyrie hypercar selling out and excess customer demand for the mid-engined Valhalla.

It said it expected to meet market consensus for 2019, despite continuing pressure on sales volumes, subject to the cost of servicing the new debt, which will incur an interest charge of about 5 million pounds in 2019.