A big, bad, fast, flashy German coupe from the peak of the Cocaine Era, now junked in California. 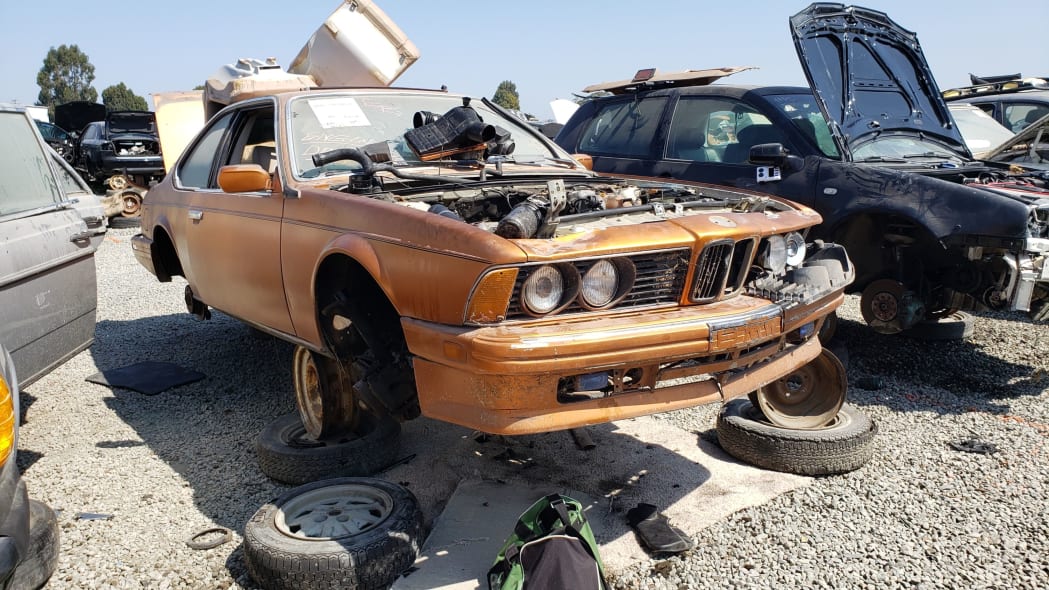 During the 1980s in California, if you were a mid-level banker swapping dead horses for dead cows at a soon-to-be-defunct savings-and-loan, the first thing you did with your first six-figure bonus was to run out and get yourself a mean-looking European personal luxury coupe. The 560SEC, XJ-S and Biturbo got the job done, sure, but nothing screamed "fast-living rakehell with plenty of ill-gotten wealth" louder than a BMW E24 6-Series at that time. Yes, even if you had a legit job and just wanted to look a bit devilish in 1989, it was tough to beat the evil-looking lines and sonorous straight-six of the new 635CSi (unless, of course, you sprang for the even more monstrous M6). Sadly, E24s in rough shape don't command much resale value these days, so I still see discarded examples while making my appointed junkyard rounds. Here's one in a San Francisco Bay Area self-service auto graveyard. 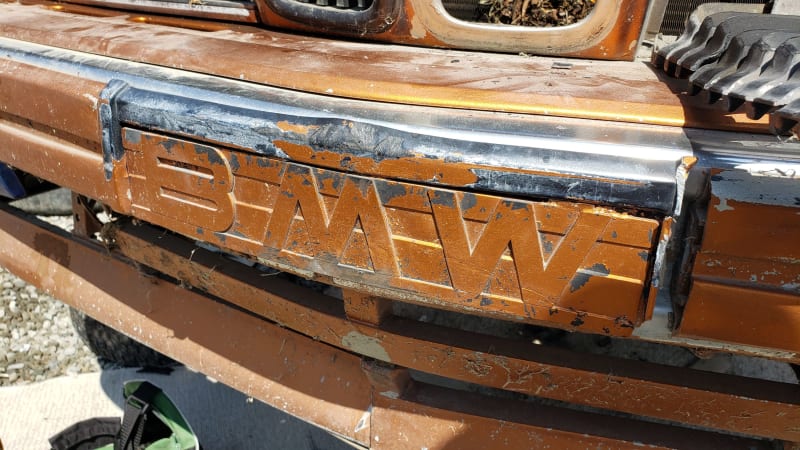 List price on this brute came to $47,000, or just about 100 grand even when calculated in inflation-adjusted 2019 dollars. I was in college in Orange County at that time, when Keating Five cronies were flaunting their ill-gotten wealth all over the highways, and a new 6-Series was as far out of my reach as was a trip to the Magellanic Clouds. Instead, I laid down $150 for a somewhat less luxurious V8-powered Detroit sedan. 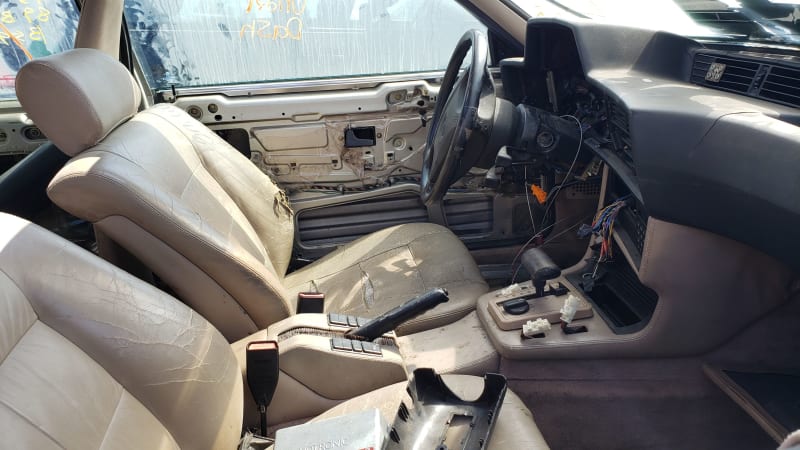 Today, of course, most of this car's former opulence has faded away. If you want to drive a nice E24— and you should— you're better off getting one that's already in good shape, because restoring a battered one costs big. 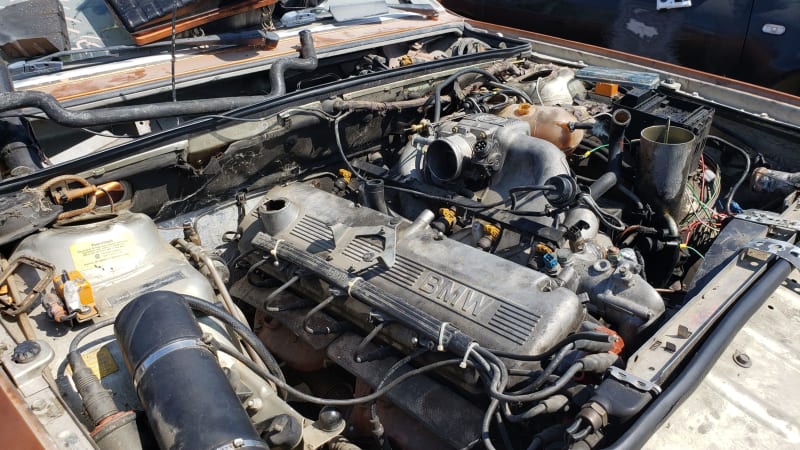 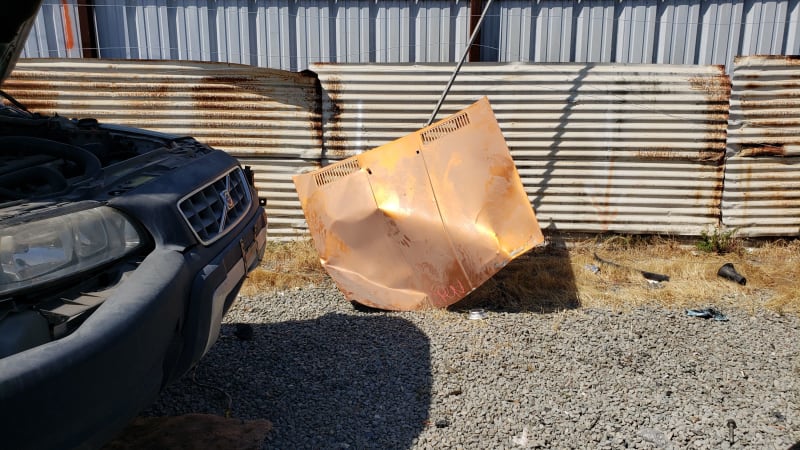 Junkyard employees and shoppers have been rough on this car; I suspect much of the cosmetic damage happened after it arrived here.

Pretty much the same thing as an M1!