2020 VW Jetta Review and Buying Guide | But mostly the GLI

Everything you need to know about specs, features, fuel economy and safety

Being a more premium product than other compact sedans used to be the VW Jetta's calling card. Later its powerful gas engine and clean-burning turbodiesel served that role. Next was its massive size advantage. Today, however, none of that really applies. Completely redesigned last year, the 2020 Volkswagen Jetta has cabin space only on par with rivals like the Honda Civic, and cabin quality that's definitely not premium. Its base engine now produces a rather meager 147 horsepower and we probably don't need to tell you that VW doesn't offer a diesel engine.

During our first-drive review, we found most elements to be disappointing or merely competitive at best. VW doesn't even offer its massive six-year warranty for 2020 (it's down to a still-above-average four years). Excellent fuel economy, punchy power delivery around town and competitive pricing are its strong suits, which are commendable, but not unique for the segment. As such, we think you'd be better served by a competitor like the spacious Honda Civic, premium Mazda3 or ultra-efficient Toyota Corolla Hybrid.

But if you're seeking some fun, there's at least the 2020 VW Jetta GLI. It's a far more competitive and agreeable car due to its larger engine, various mechanical upgrades and sharper styling. It shares some of the Jetta's same flaws, especially its disappointing interior quality, but also makes up for them by providing compelling value for a performance-oriented car. As such, we shall focus a little more on the GLI.

The Jetta gains a few features for 2020. All models now get a next-generation emergency communications system and in-car Wi-Fi capability. The SEL, SEL Premium and GLI Autobahn trims gain wireless phone charging. The SE and SE R-Line can now be equipped with a Cold Weather package that includes heated steering wheel, rear seats, wipers and washer nozzles, plus remote start. All of that is standard on the SEL trims, which also get 17-inch alloy wheels. The 2020 GLI Autobahn gains the adaptive suspension that was only available last year on the 35th Anniversary Edition (pictured above). That was naturally discontinued for 2020 along with its distinctive badging, wheels and styling elements. 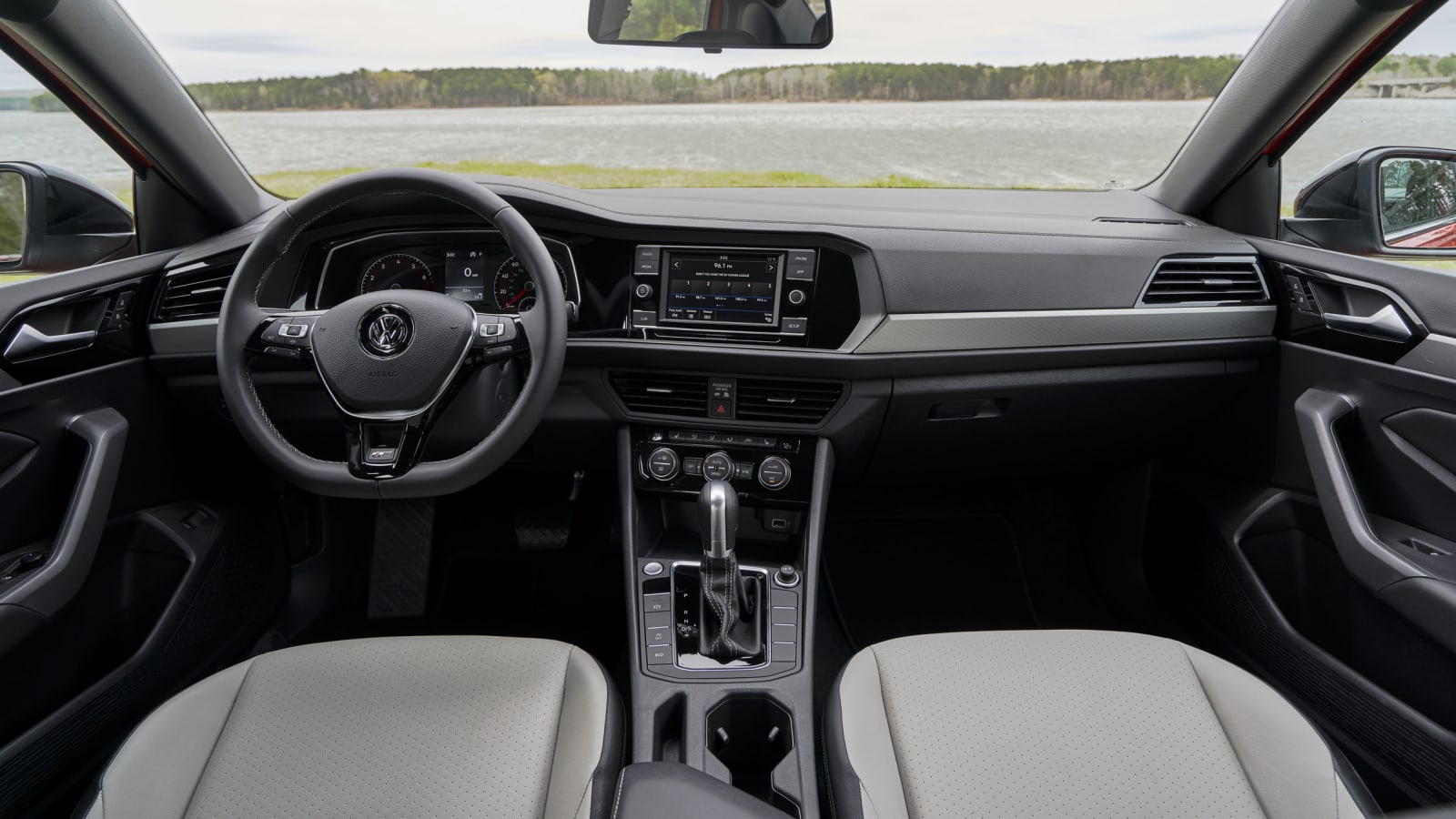 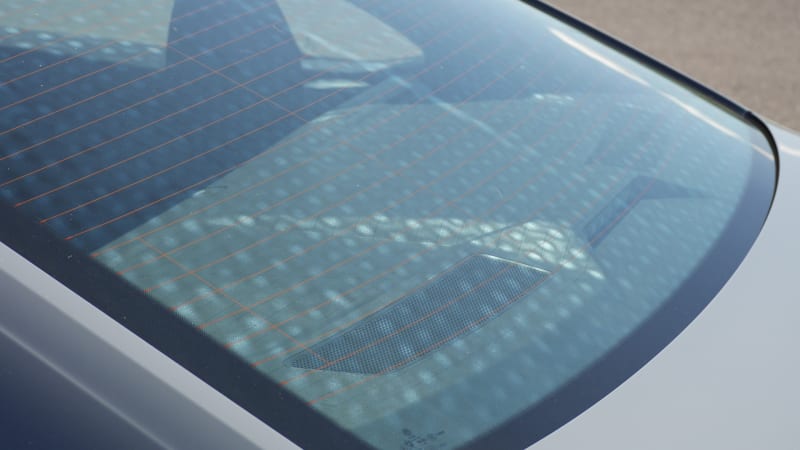 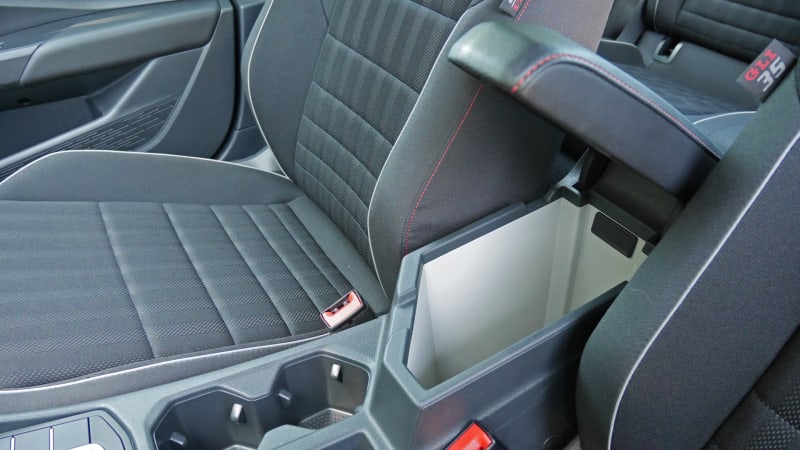 Agreeably, VW injected a bit more style into this Jetta generation. Unfortunately, though, it has more hard scratchy plastics than its VW Golf sibling, as well as competitors like the Honda Civic and Mazda3. There are also obvious signs of cost cutting, like the highly reflective plastic parcel shelf and the center console storage lid that crudely thumps down without a latch (both pictured above). Things get a bit better in the GLI thanks to its upgraded upholstery and red-accented sport steering wheel, but not enough to match the Golf GTI's legitimately premium cabin.

The standard touchscreen measures 6.5 inches (pictured below left), which is small, but few base model compact sedans do better. The 8-inch screen upgrade (below right) increases functionality considerably, but both are easy enough to use. The standard Apple CarPlay is well-integrated (Android Auto is also included), and we appreciate that VW includes physical menu buttons and proper volume/tuning knobs. All other controls are simple and nicely laid out. 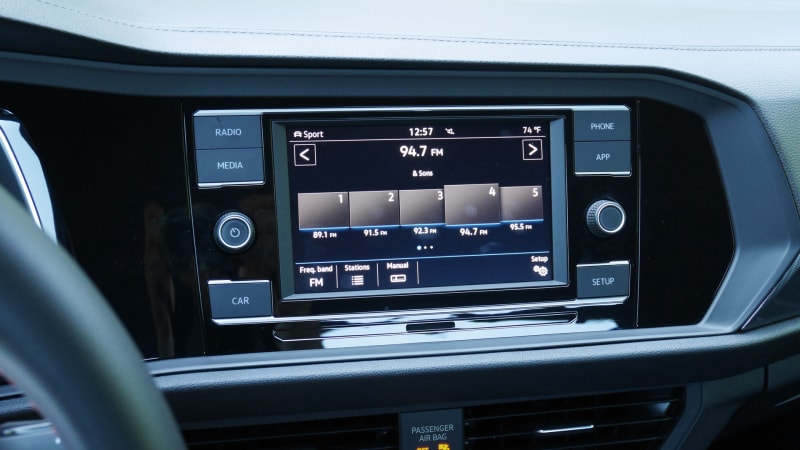 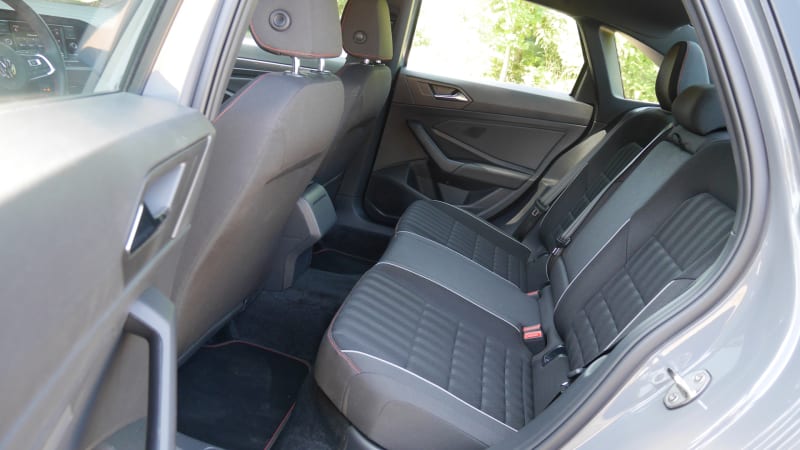 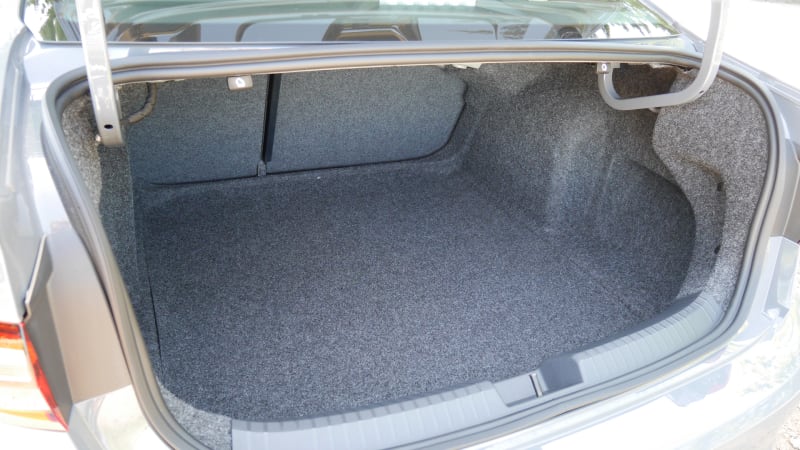 How big is the Jetta?

The Jetta is the biggest "compact" car on the outside, and one of the biggest on the inside. Rear seat legroom is vast, and rear-facing child seats fit with ease, making the Jetta a good option for families on a tight budget. Its 14.1-cubic-foot trunk is also wide and deep, though not quite as big as what you'd get in the Kia Forte or the Honda Civic. Honda's compact sedan and hatchback also match the Jetta's backseat space on paper, but with a higher-mounted seat, you'll likely be more comfortable in the VW.

All of this applies to the GLI as well, making it an even greater performance bargain. It doesn't feel as compact or maneuverable as a GTI or a Honda Civic Si – that extra length behind you is evident through tight corners – but it's not a hugely noticeable difference.

The 2020 Volkswagen Jetta comes standard with a 1.4-liter turbocharged inline-four. Its 147 horsepower is underwhelming but typical for the segment, but its 184 pound-feet of torque is greater. It results in a car that feels punchy around town, but easily winded when merging onto a highway. A six-speed manual transmission is standard on — and only available on — the base S trim. An eight-speed automatic is standard on all others. We expect fuel economy figures to match those from 2019: 30 mpg city, 40 mpg highway and 34 mpg combined regardless of transmission.

The Jetta GLI steps things up considerably with a 2.0-liter turbocharged inline-four shared with the GTI that produces 228 horsepower and 258 pound-feet of torque. It's paired to either a six-speed manual or VW's seven-speed DSG dual-clutch manual. An electronically locking front differential is added as well. Fuel economy remains quite good at 25/32/28 mpg regardless of transmission. Expect 0-60-mph times to be in the mid-to-upper 5-second range, with the DSG producing a slightly quicker time.

The regular Jetta is forgettable to drive at best. The ride is comfy over most minor bumps and road imperfections, but over big bumps like railroad crossings, it can get crashy, landing with a heavy thud followed by a bit of float as it returns to its natural state. Some more sophisticated damping would do it good. It's also not a particularly great handler, either – going back to a torsion beam rear suspension for this new generation does it no favors. The steering, in typical VW fashion, is numb on center and very artificial in feel.

Everything gets much better with the Jetta GLI. The rear suspension is a more advanced independent multi-link setup better suited for poised cornering, and while the tuning is a bit softer than a GTI with extra roll and pitch, it actually encourages improved stability on rough roads. Better still, the GLI comes with adaptive dampers. Sport mode is quite firm, while the normal mode delivers a more well-damped balance between control and comfort.

The GLI's steering is substantially better – it's higher in effort yet consistent with sufficient feedback. It's still a bit artificial feeling, though, and could transmit more feedback. Other upgrades include an electronic locking differential that expertly doles out power so that the GLI explodes out of corners as if it were equipped with all-wheel drive. We were also impressed by its brakes during our first drive on Virginia's Tail of the Dragon.

On that same drive, we found the manual-equipped car to be more desirable. Unlike the GTI's DSG automated manual, the GLI's version doesn't bang off the same instant upshifts with oh-so-satisfying exhaust blurps. Instead, it slurs its upshifts more like a traditional automatic with near exhaust silence. Our extended time with a DSG-equipped GLI was underwhelming – its gear-changing speed is impressive, but the timing of those selections could be better. At least more engine noise is funneled into the cabin in Sport mode.

What more can I read about the Volkswagen Jetta?

Our first drive review of the 2019 VW Jetta, including more details about its design and engineering. 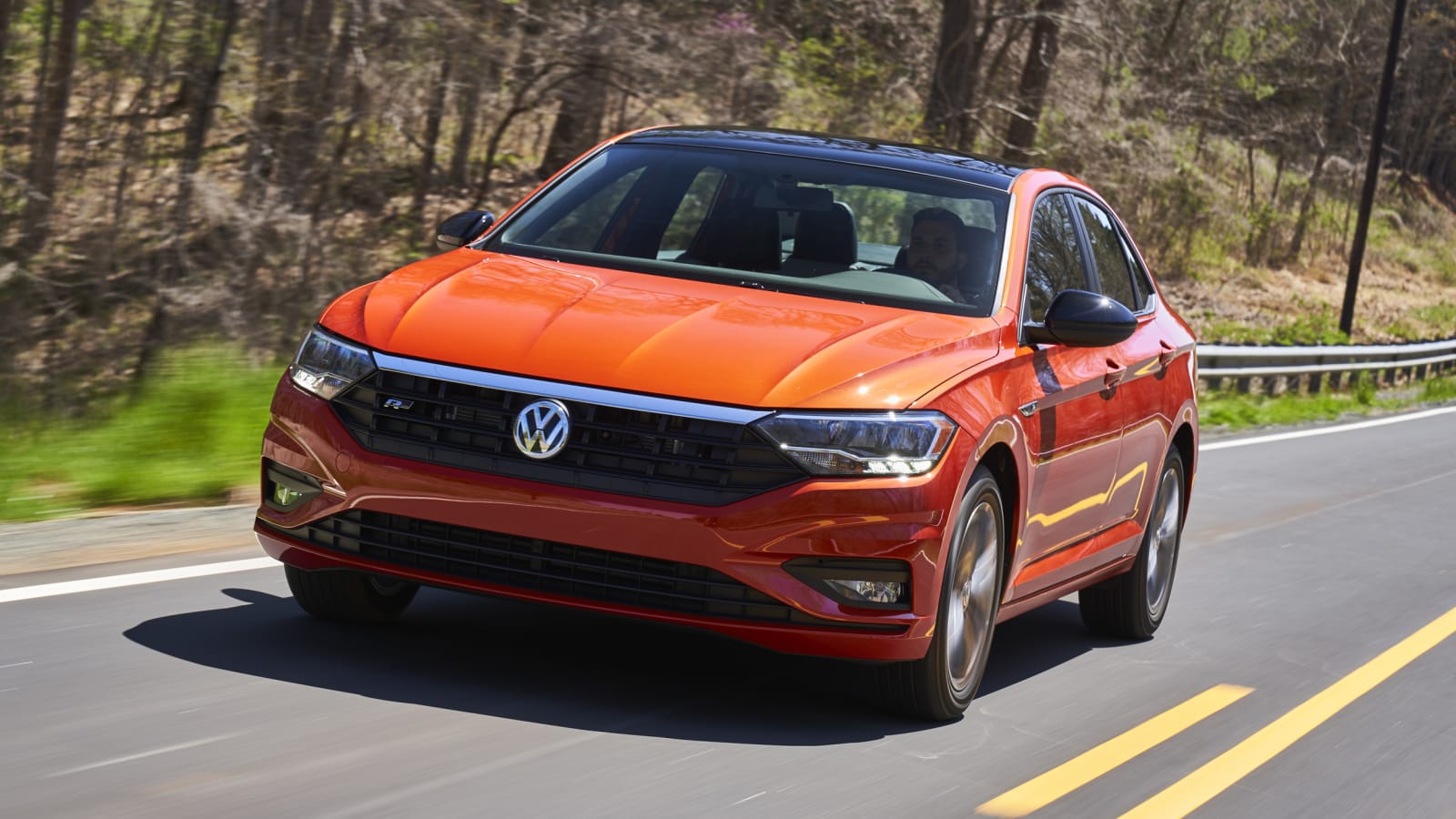 This is our first drive of the GLI, which contributor Jason Cammisa got to experience on North Carolina's famed Tail of the Dragon. Our editors evaluate a Jetta R-Line trim level at Autoblog headquarters in Michigan. 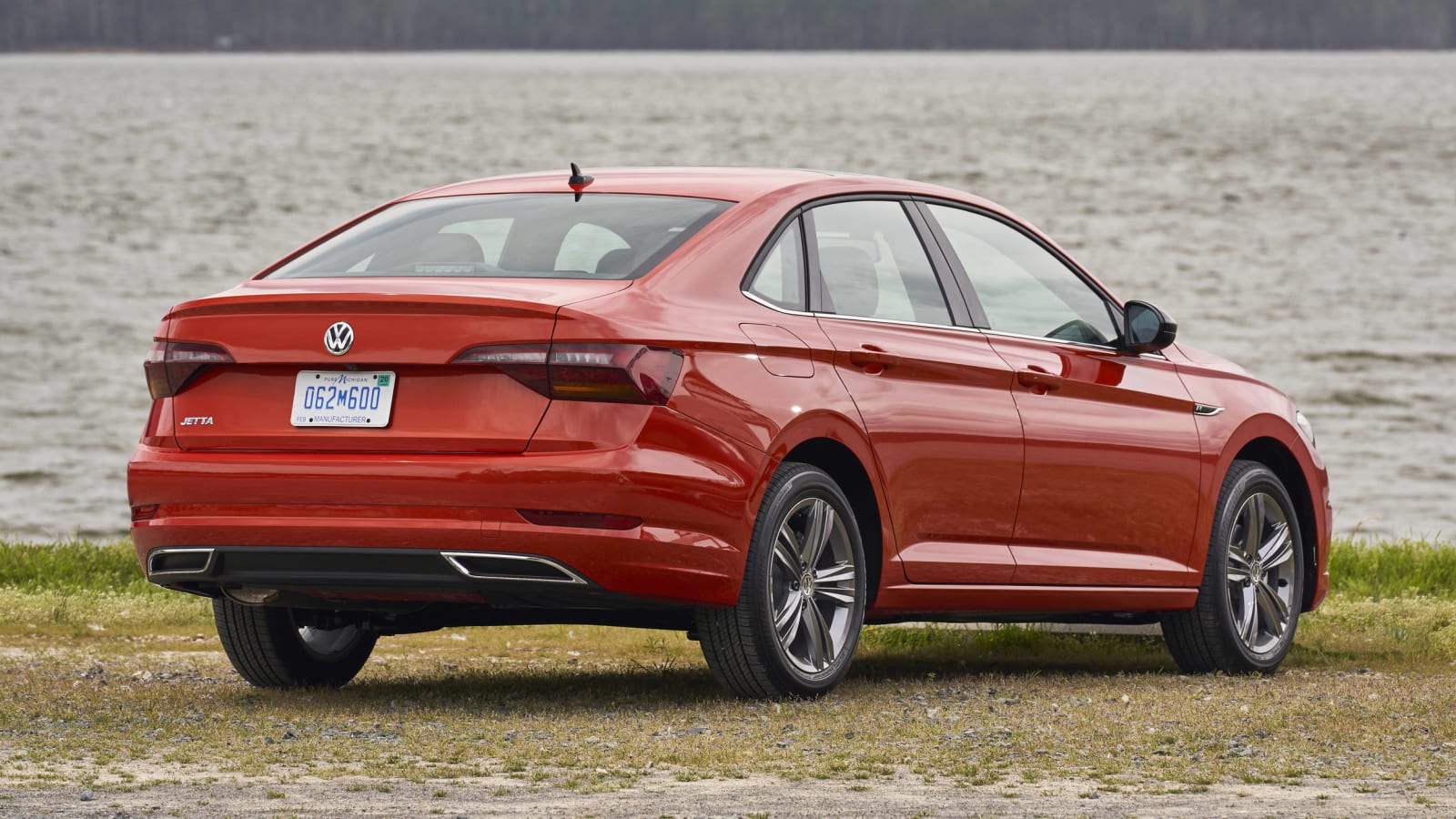 What features are available and what's the Jetta's price?

The regular 2020 Volkswagen Jetta is available in S, SE, R-Line, SEL and SEL Premium trim levels. The 2020 Jetta GLI can be had in S and Autobahn trim levels.

You find a full breakdown of every Jetta trim level's features plus specs and local pricing here on Autoblog. You'll find the same information for the Jetta GLI here. 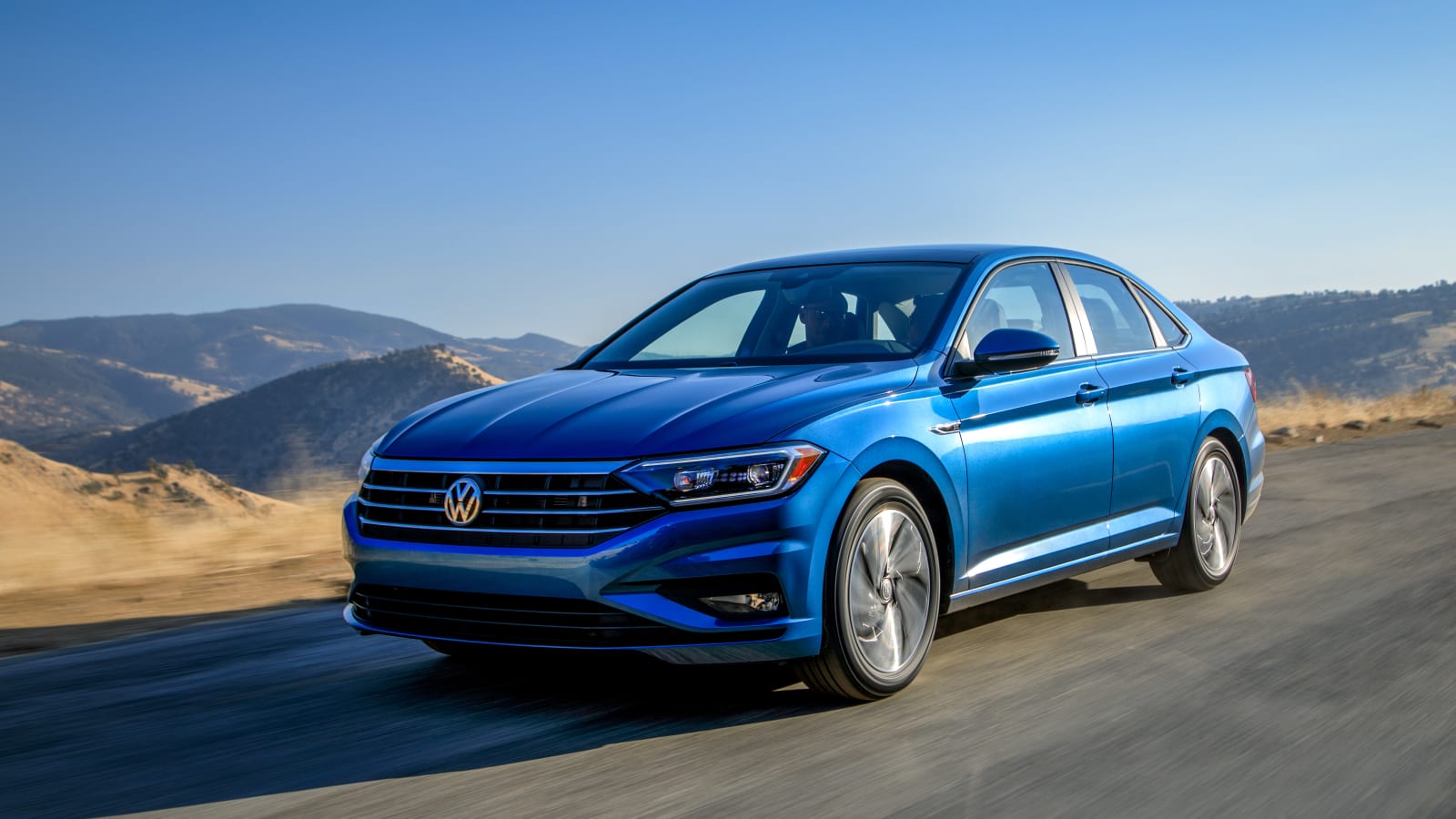 What are Jetta's safety equipment and crash ratings?

Besides the typical airbag selection, rearview camera and stability aids, the Jetta comes standard with forward collision warning and automatic emergency braking. Blind-spot and rear cross-traffic warning is optional on the S and standard on every other trim. Lane-keeping assist and adaptive cruise control come standard on the SEL and SEL Premium. They are not available on the GLI. 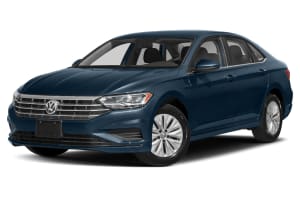 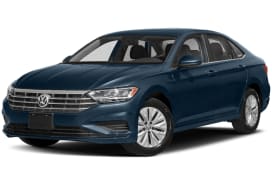 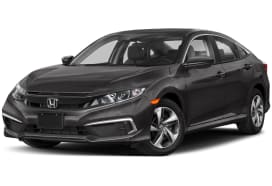 $23 - $219 Nat'l avg. savings off MSRP
See Local Pricing
I'm not in the market for a vehicle at this time. Please move this suggestion to the side for 30 days.
Huge Savings