Audi to discontinue the little convertible

The Audi A3 Cabriolet will cease to exist in the U.S. after the 2019 model year wraps up. Car and Driver broke the news, citing an unnamed company representative. We’ve asked Audi to confirm the news, and will update upon hearing back.

Besides the Audi A5 and S5 Cabriolets, the A3 Cabriolet is the only other four-seat convertible that Audi currently sells. Audi hasn’t given an official reason for the A3 Cabriolet’s demise, but sales are a likely culprit. A3 sales as a whole have been on a downward trend the past few years, with a little over 18,000 moving off dealer lots in 2018 compared to the near 36,000 in 2015. Sales in 2019 have seen an even sharper decline, with Audi selling less than half the amount of A3s through July this year (5,650) than they did last year (11,742).

Audi doesn’t break out Cabriolet sales from sales of the sedan, but we can guess the decline has hit all the A3 variants. At its absolute cheapest, the 2019 A3 Cabriolet is $39,895. Opt for the highest trim with a couple options and the MSRP jumps above $50,000, which is a lot to ask for such a small convertible.

If you’re still pining for an open-to-the-elements Audi, the aforementioned A5/S5 Cabriolets are available, but so is the TT Roadster. It's petite like the A3 Cabrio, but drops the relatively useless rear seats. Don’t forget about the drop top R8 Spyder, too, so long as your pockets are extraordinarily deep. 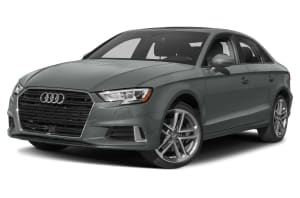