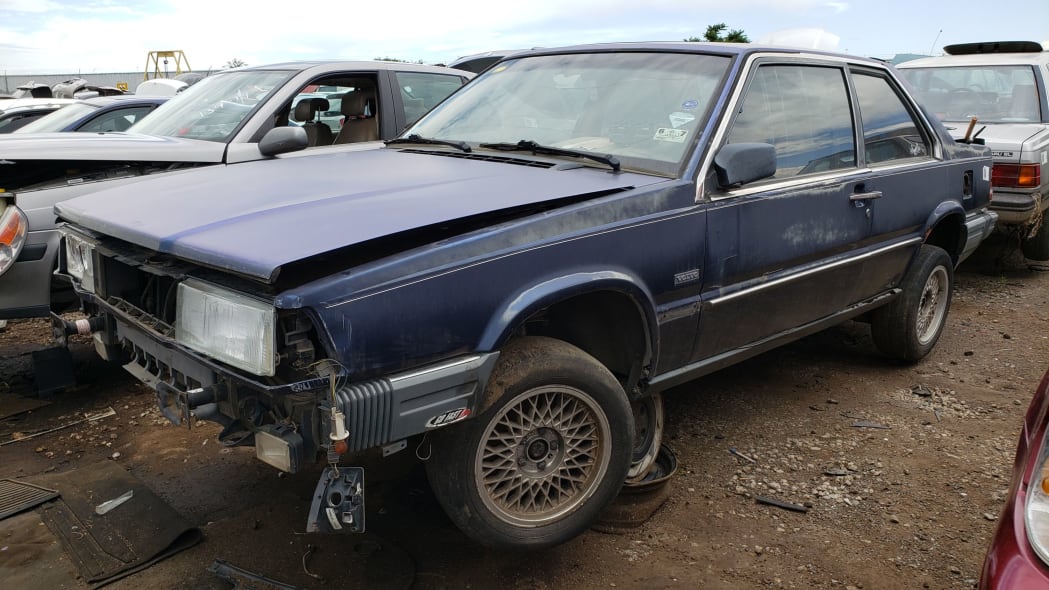 Volvo got a little wild during the 1970s, hiring the Carrozzeria Bertone design house to turn the staid 240 into a chopped, V6-powered personal luxury car known as the 262C Bertone Coupe. I've seen a few discarded 262Cs during my junkyard travels, but the 262C's successor tends to be even harder to find. This is the Volvo 780 Bertone Coupé, a chopped and Italianized two-door based on the 700 series. Sold in North America for the 1987 through 1991 model years, not many 780s rolled out of showrooms during that period. I was happy to spot this battered final-year-of-production '91 in a Denver yard last month. 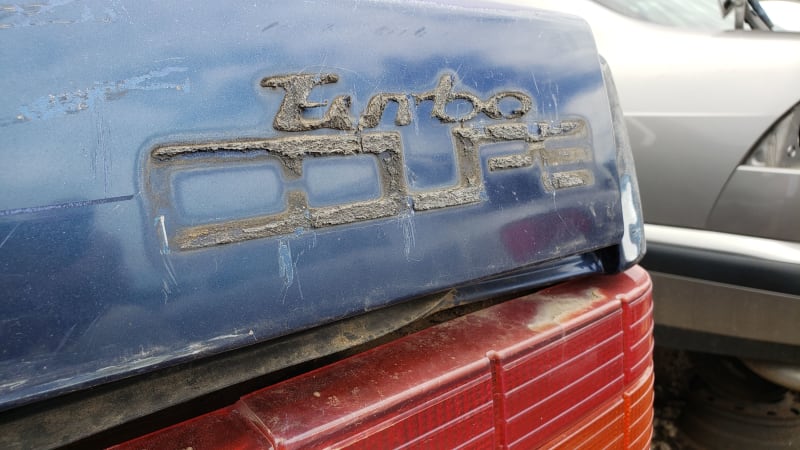 Volvo dropped the 780 name for the 1991 version, calling it simply the Volvo Coupe (meanwhile, Audi sold a V8-powered sedan known as the Audi V8). This was during the period of the Clear Craze, so perhaps excessively shortened car names seemed trendy at the time. 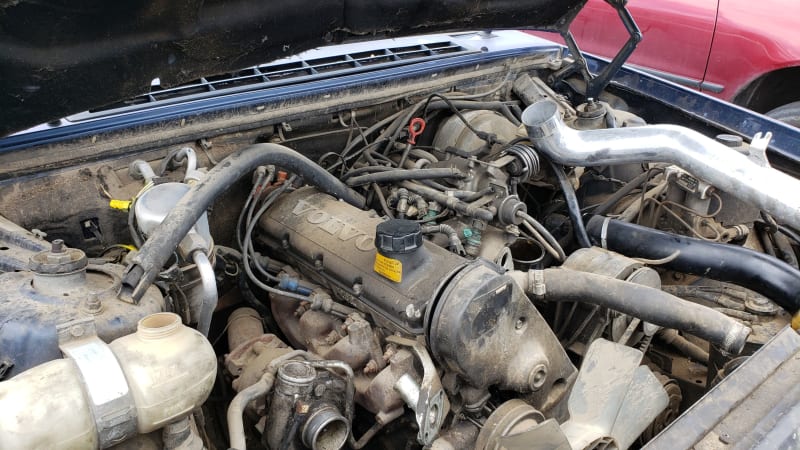 The B230FT turbocharged four-cylinder in the Coupe was Volvo's most powerful U.S.-market engine of 1991, rated at 188 horsepower. 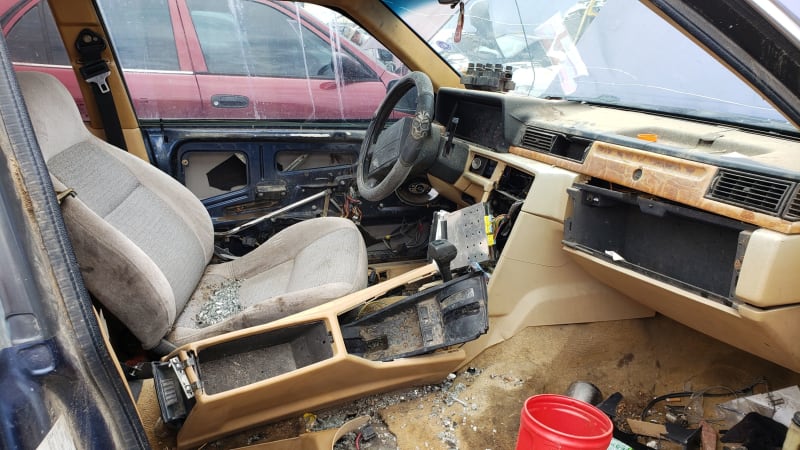 This one got beaten on pretty hard during its final years on the road, so a restoration would have been prohibitively expensive. 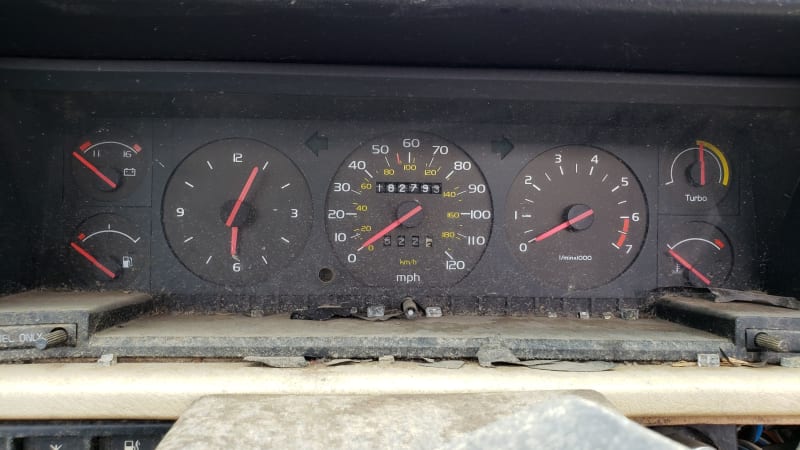