A revival of a very old marque with a unique twist 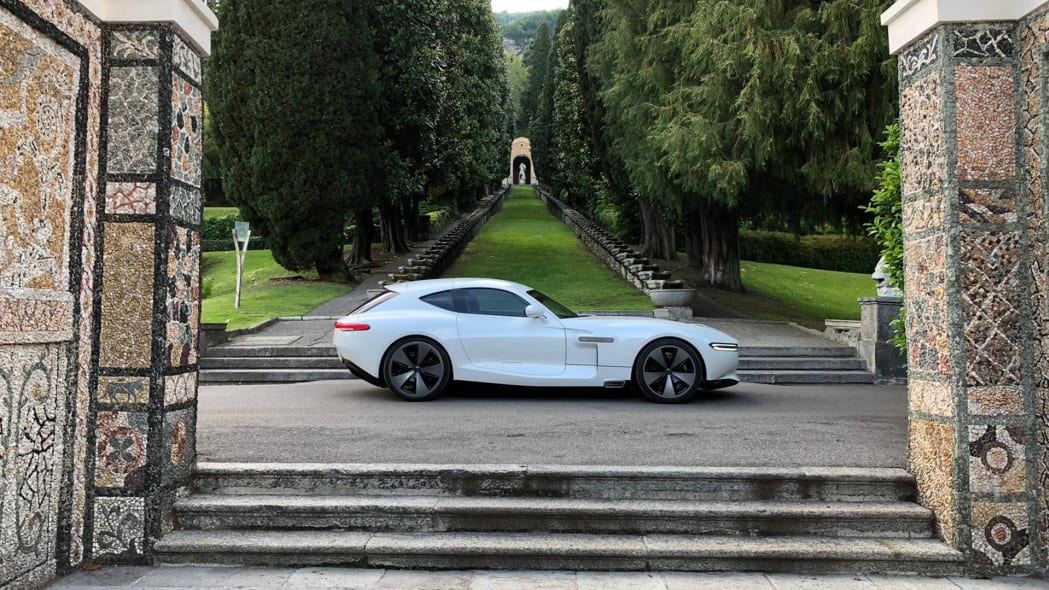 Every year another few extinct brands punch their ticket to rejoin the mortal coil. We've already seen two Hispano Suizas this year, one of them designed and being developed in Austria. Hailing from the same Tyrolean land we have the rebirth of Austro Daimler, announced with a super-powered hybrid called the Bergmeister ADR 630 Shooting Grand. Almost every word in that lengthy sobriquet comes packed with meaning, some a touch too self-reflective. Bergmeister refers to one of the last cars the original Austro Daimler made, the "Mountain Master" racer that won numerous hill climbs. The number 630 is a mystery, but "Shooting Grand" combines shooting brake and grand tourer. And ADR, oddly, inserts an initialism of the company into the model name.

There are more connections and allusions to be made with the powertrain. The internal combustion duties are handled by a 3.0-liter straight-six taken from the Mercedes-Benz engine stable. It's one part of the Seripa performance plug-in hybrid powertrain, which adds three electric motors that each contribute 271 horsepower. The 55-kWh battery pack can handle 150-kW charging. Total output is a claimed 1,181 horsepower and 1,180 pound-feet of torque. An aluminum spaceframe and "lightweight body panels" render a curb weight of 3,638 pounds, and with just 3.1 pounds per horsepower the Bergmeister runs from standstill to 60 miles per hour in 2.5 seconds. The coupe doesn't run out of beans until 205 mph, while less aggressive cruising unlocks an all-electric range of 155 miles and a total combined range of 620 miles on the WLTP cycle. And lest you think it's too good (or strange) to be true, Austro Daimler has built one example and shown it at Villa d'Este earlier this year, where it gotten a terrific reception.

But here's the arcane reference: Add the combined 1,198 PS system power, the 1,600 Nm of torque, and the 1,000km combined range to get the height of Austria's tallest mountain, the 3,798 Grossglockner. Austro Daimler says there are more than 30 driver-selectable driver modes for the all-wheel drive coupe, we hope one of them is called Grossglockner and tuned to win hill climbs.

The long-hooded grand tourer front end with a front-hinged hood needed a Jenson-Interceptor-esque shooting brake rear end because the battery's mounted under the trunk area. Somehow the Austro Daimler engineers managed to get "balanced axle load distribution" out of that setup, which we're taking to mean 50:50 weight balance.

There are strong hints of the Mercedes SLS AMG and AMG GT aside from the humpbacked rear, which could have a much to do with the compact cabin, doubel-bubble roof, gull-wing doors, and SLS AMG door handles. Underneath those obvious cues, we're told the AMG GT donated its windshield and suspension. The Bergmeister's roof stands 1.7 inches higher than that of an AMG GT, but every other dimension is no more than 0.4 inches outside of the Mercedes' specs. We haven't seen much of the interior yet, but it's said to be inspired by 1930s Art Deco.

One more odd thing about this: New Atlas reported that Project Austro Daimler isn't organized as a company, the men behind it aren't contractually tied, and the group doesn't own the Austro Daimler trademark. The trademark in Europe appears to still belong to Austro Daimler Puchwerke AG and dates to at least 1925, well before the original Austro-Daimler ceased business in 1934. Now that the backers have shown their first car, the next outing will be at the Salon Privé motor show at Blenheim Palace in September, after which Austro-Daimler says the coupe will go into limited production. Pricing hasn't been mentioned yet, but the firm sold the Villa d'Este car for a price that its designer, Roland Stagl, called "really expensive."