Honda will recall a total of 137,000 2019 CR-Vs worldwide for airbags that can suddenly and unexpectedly deploy. Out of that total, 118,598 were sold in the United States. The automaker says there have been six instances of the unwarranted airbag inflations leading to three injuries, but so far no reported crashes.

Apparently, metal burrs on the interior surface of the steering wheel are damaging a wiring harness and cable reels that are part of the car's supplemental restraint system. That can lead to an electrical short and overheating of the components, and ultimately the sudden inflation of an airbag.

To fix the issue, dealers will install a protective cover on the steering wheel core, and replace its clockspring and the wiring harnesses. A limited supply of replacements parts will be available in the beginning of June, and owners are expected to be notified of the recall around July 8, 2019.

Honda says there may be warning signs ahead of an actual airbag inflation. These can include malfunction of steering wheel-mounted control buttons, the horn sounding unexpectedly, and illumination of the SRS warning light on the dash.

In a separate and unrelated recall, Honda says it will recall 19,000 more vehicles that were previously recalled and fitted with replacement airbag inflator kits manufactured by Takata before May of 2018.

Owners can determine if their vehicles are included in either of these recalls by visiting www.recalls.honda.com or by calling (888) 234-2138. 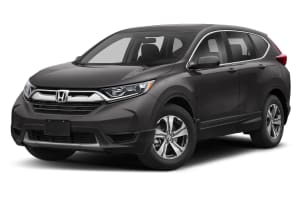