An optioned-up example of the early compact Ford Ranger, found in California

During the 1970s, as more and more Americans bought small pickup trucks from Japan, Ford stayed on top of the trend by importing Mazda Proceeds badged as Ford Couriers. The need for a Detroit-style small pickup became sufficiently pressing that Ford developed the Ranger. The first Rangers rolled off the assembly line in 1982 (as 1983 models), and brisk sales ensued. Most of the first-generation Rangers disappeared 15 years ago, but this loaded '84 managed to hang on until age 35, when it showed up in this Northern California self-service yard. 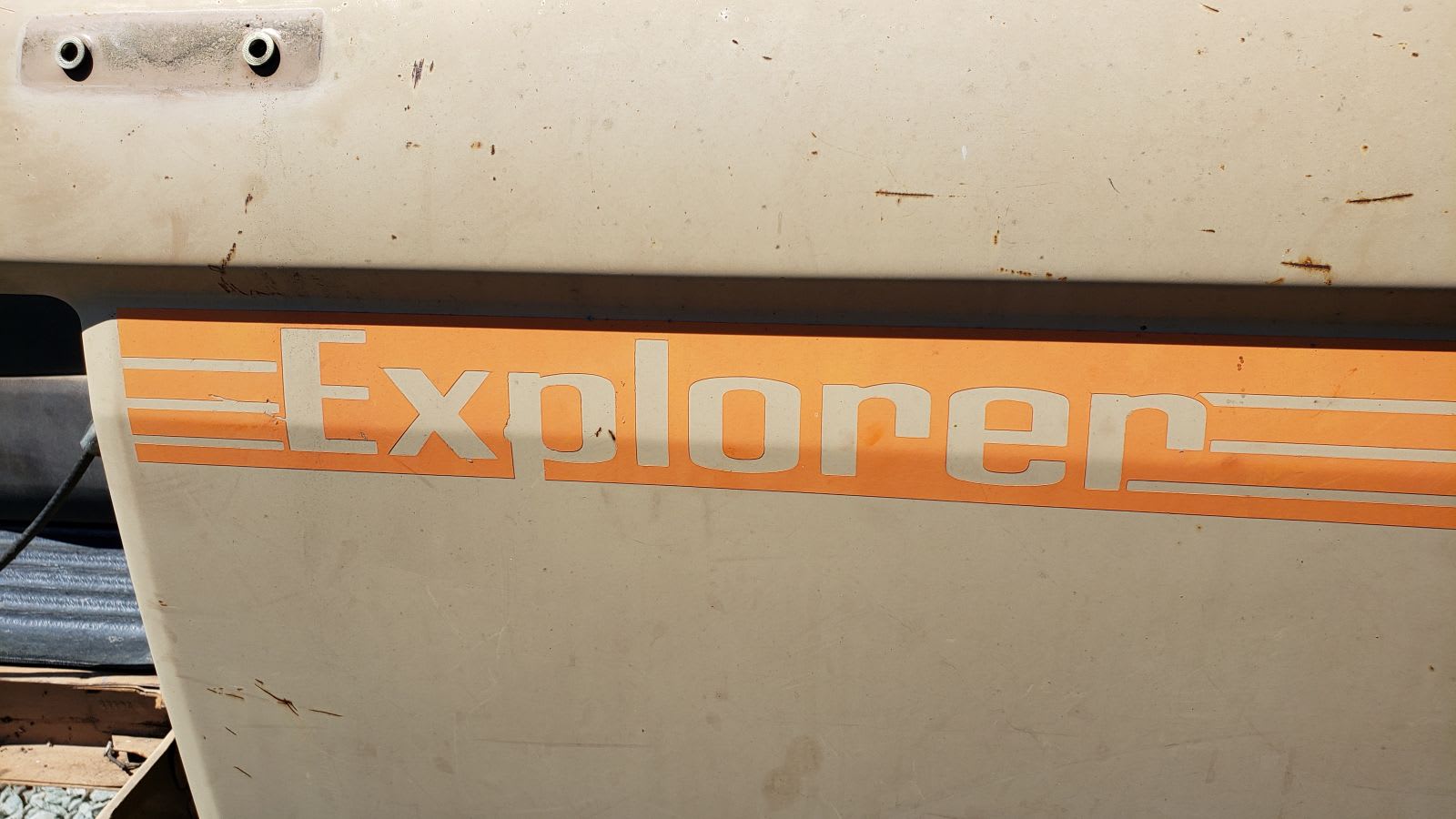 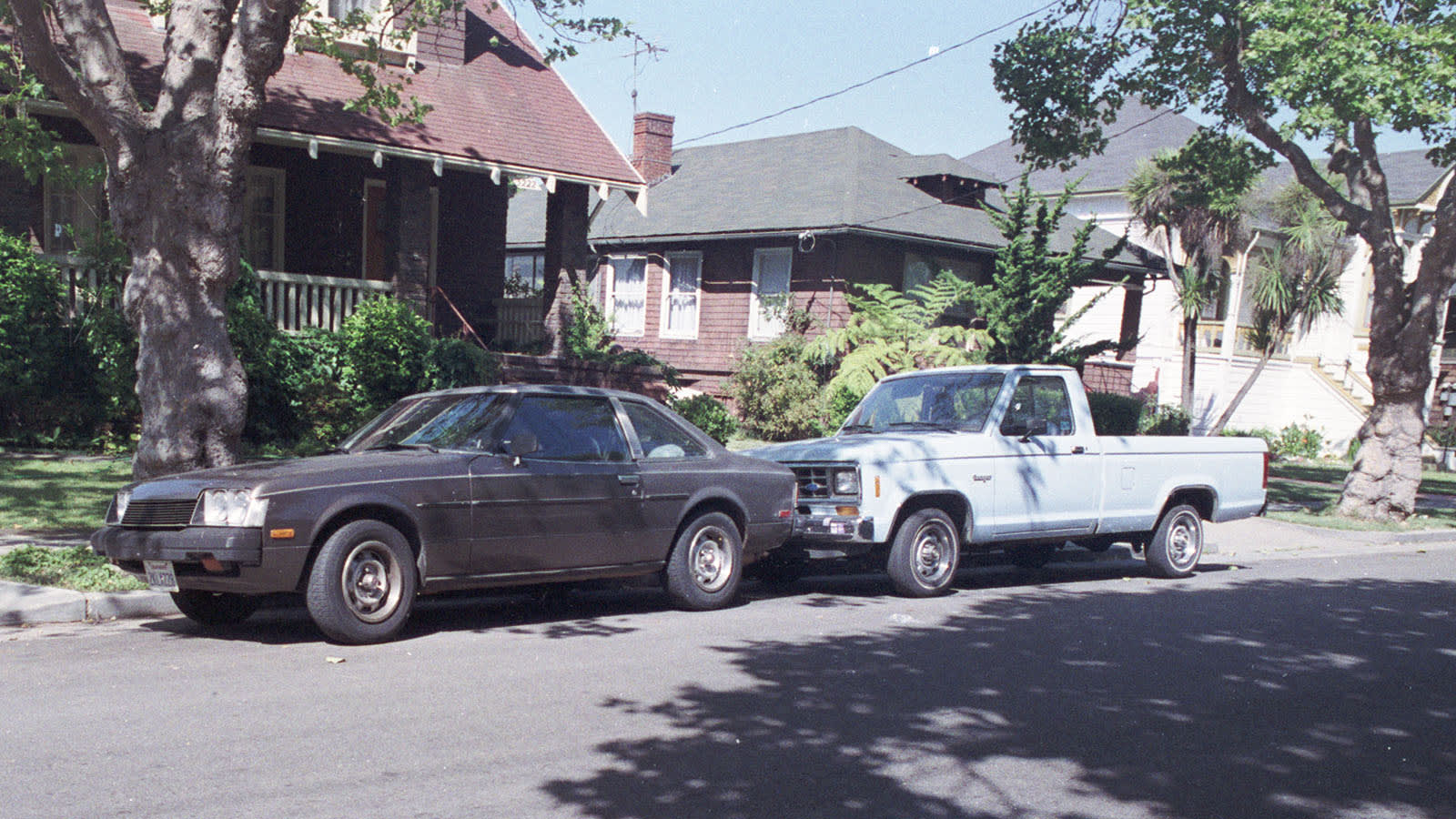 I have some family history with the 1984 Ranger. When my sister went off to college in 1984, our parents decided that her ex-water-company '73 Plymouth Fury (bought at auction for $100) wouldn't be sufficiently reliable, so they bought her the very cheapest new motor vehicle currently available in the San Francisco Bay Area: a zilch-options, four-speed-manual Ranger with the base 73-horsepower 2.0-liter engine. Reliability wasn't good, ride quality wasn't good, handling was scary, but it did get decent fuel economy. It lasted about a decade before being consigned to The Crusher. Meanwhile, my Ford-made college daily-driver held together just fine. 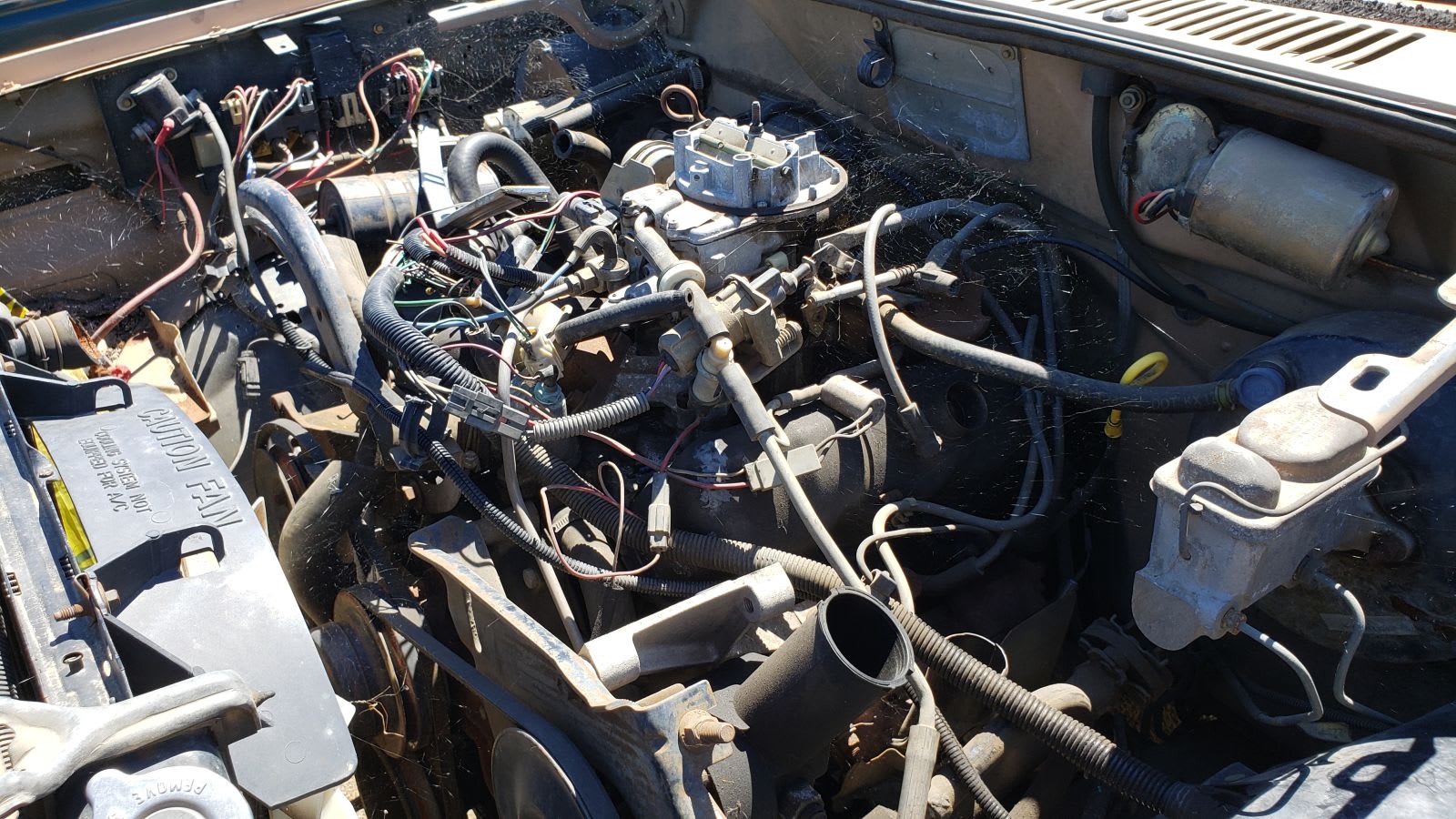 This Ranger got a lot of nice stuff lacking in my sister's truck. Under the hood, the 2.8-liter Cologne V6 that we all came to know and love in the Ford Capri (badged as, simply, the Capri in the United States) during the 1970s. This one had 115 horses when new, which was decent power in a truck that weighed just over 2,500 pounds. 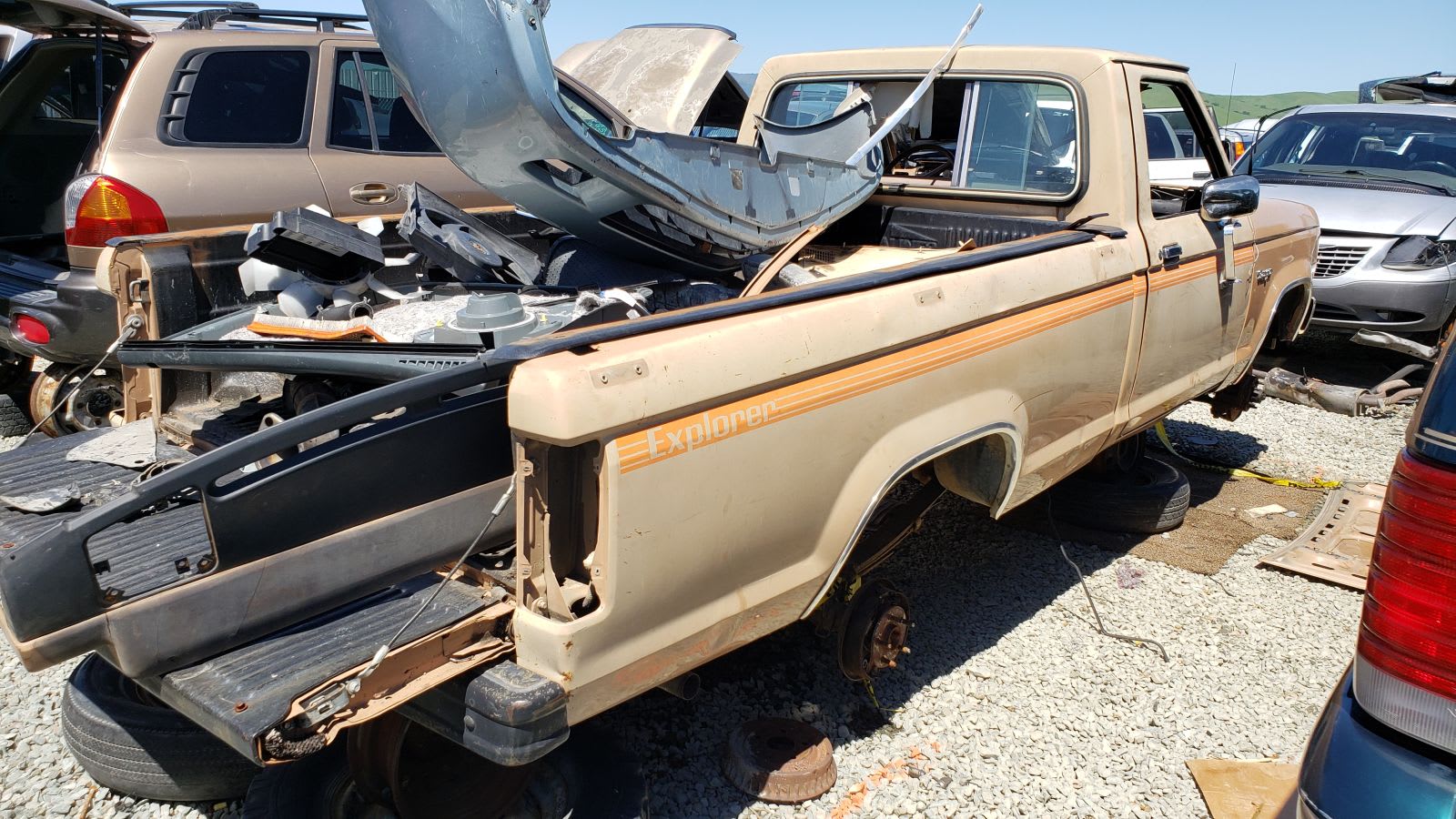 Think about that — a new truck that didn't even crack the 3,000-pound curb-weight barrier! The very lightest 2019 Ranger you can buy scales in at just a hair under two tons. 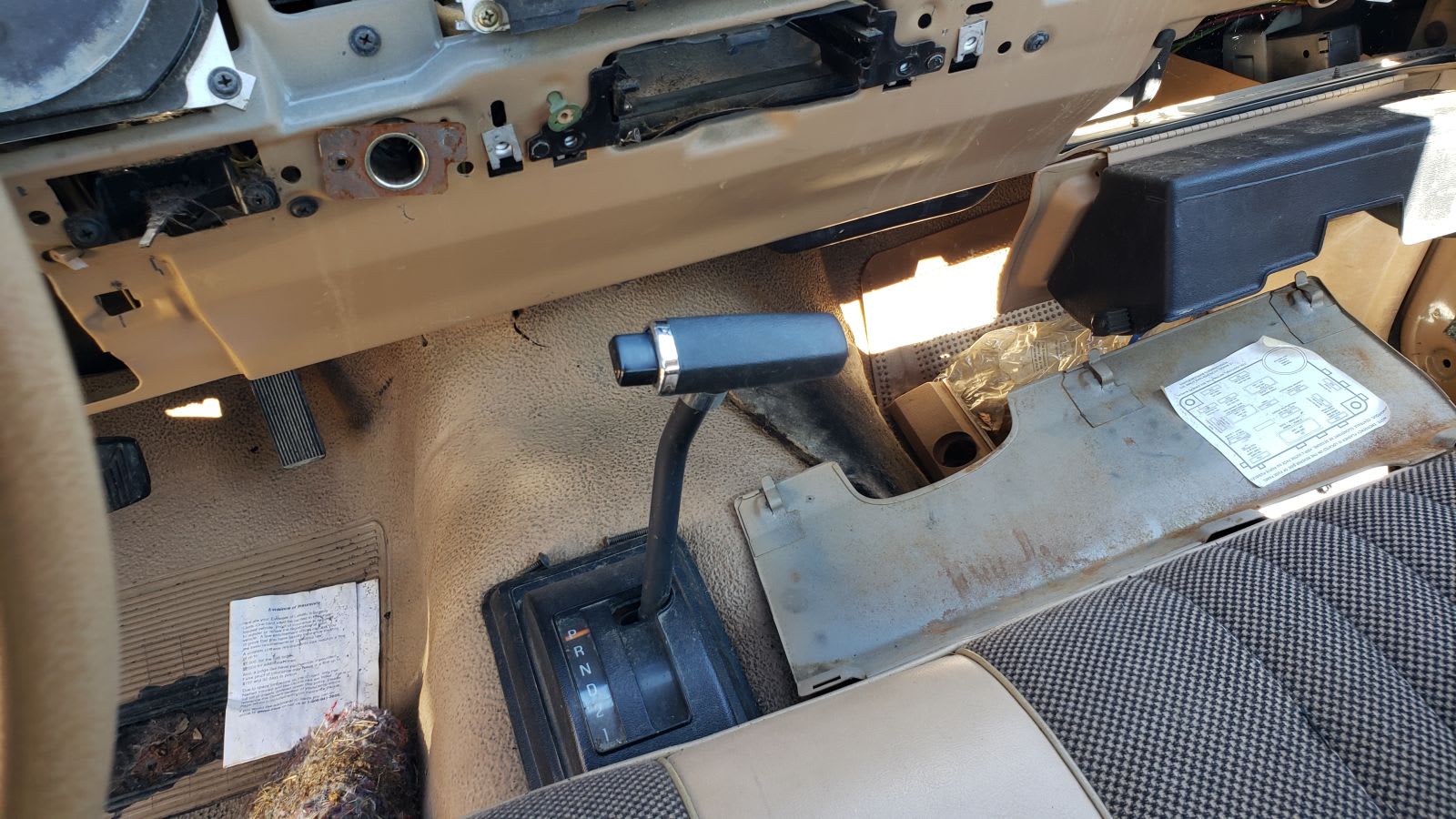 This one has the automatic transmission option, very rare in mini-trucks of the era. Ford had been using that style of T-handle floor shifter since the late 1960s. 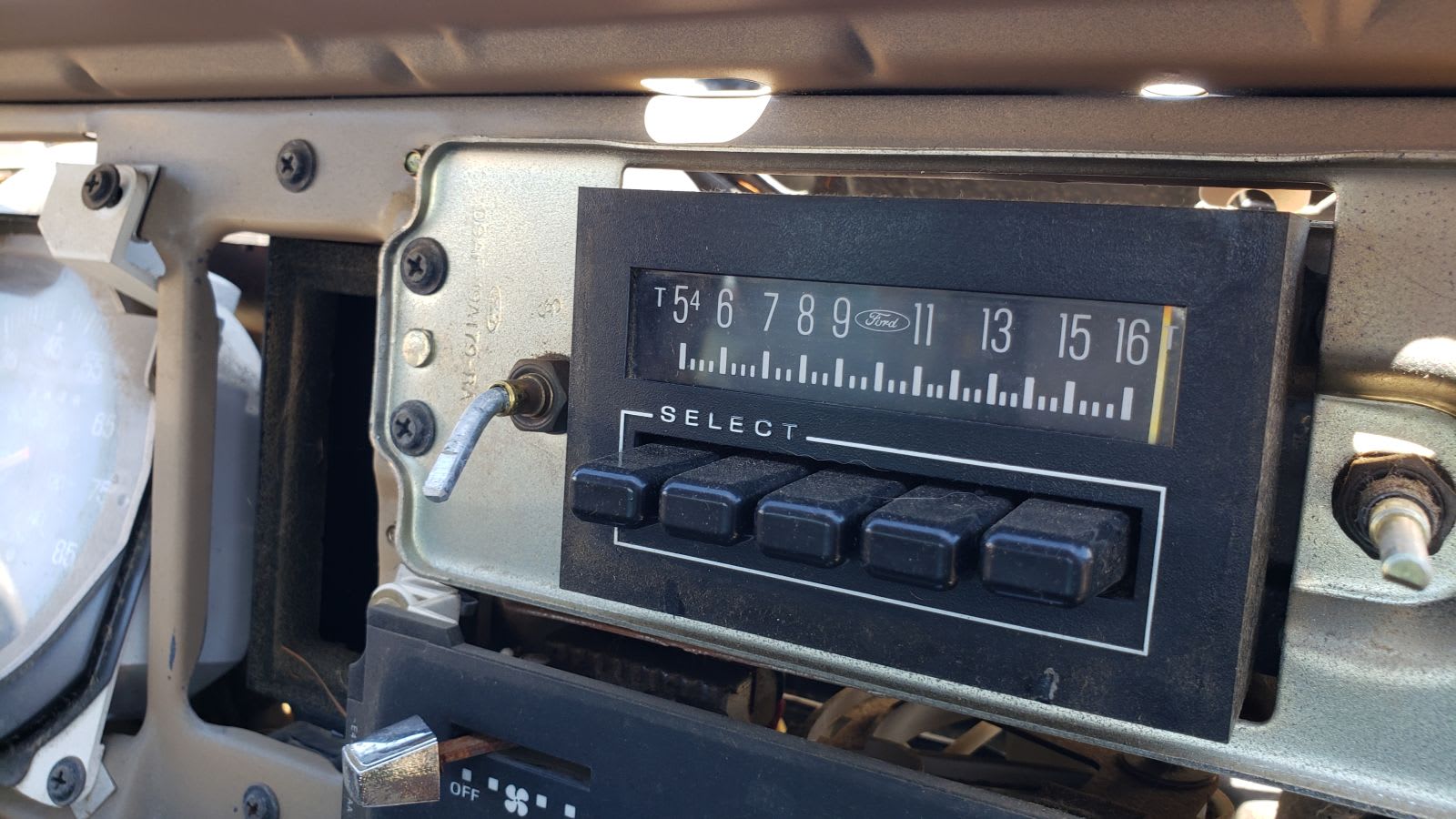 You could listen to any music you wanted, as long as it was broadcast over AM. In the middle 1980s, the use of trucks for daily solo commuting hadn't become very mainstream in the suburbs yet, so not much effort was made to make them as comfortable or well-appointed as sedans.