Reese Counts
Earlier this year, Audi announced a special limited-edition variant of the R8 to celebrate ten years of V10 power. Only 222 R8 V10 Decenniums will be built with a base price of $217,545. The original Audi R8 V10 launched in 2009 and was sold alongside the V8-powered R8, a model that hit dealers in 2006. When the second-gen model made its debut in 2015, it dropped the V8 and manual transmission completely. If you want to take a good look at what makes Audi's V10-powered sports car really tick, watch this amazing "disintegration" video that shows the each and every nut and bolt of the car's guts.

This isn't the first time artist Fabian Oefner has created one of these disintegration images. Earlier this year, he worked with Lamborghini to create a similar image with the iconic Miura. A few years back, he did the same with a Porsche 956 Le Mans prototype. With the Porsche, Oefner appears to have used a model, but based on the video, real cars were used for both the Lamborghini and Audi.

From what we can tell, each car is partially disassembled, with each piece being photographed from multiple angles with a Hasselblad medium-format digital camera. Each piece is digitally manipulated and arranged into place to create the exploding effect you see in the video. It seems pretty time intensive, but the final result is one of the coolest car posters we've ever seen. If you like it, you can even pick up a poster of Oefner's image on Audi's website for $24.95. 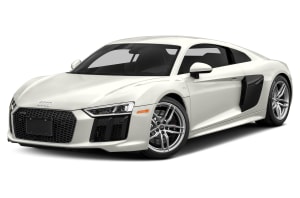