An early Rabbit in a Denver junkyard, complete with Rastafarian decor

Other than the Cabriolet versions (which were sold in North America until the early 1990s), you'll have a tough time finding examples of the Mk1 Volkwagen Golf in North American wrecking yards. I've seen a few in recent years, but most of the ordinary, commuter-grade 1975-1984 Rabbits got used up, worn out, and crushed long before the 1990s came to a close. I spotted this battered, Rastafied '77 three-door hatchback in a Denver, Colorado self-service yard a few weeks ago. 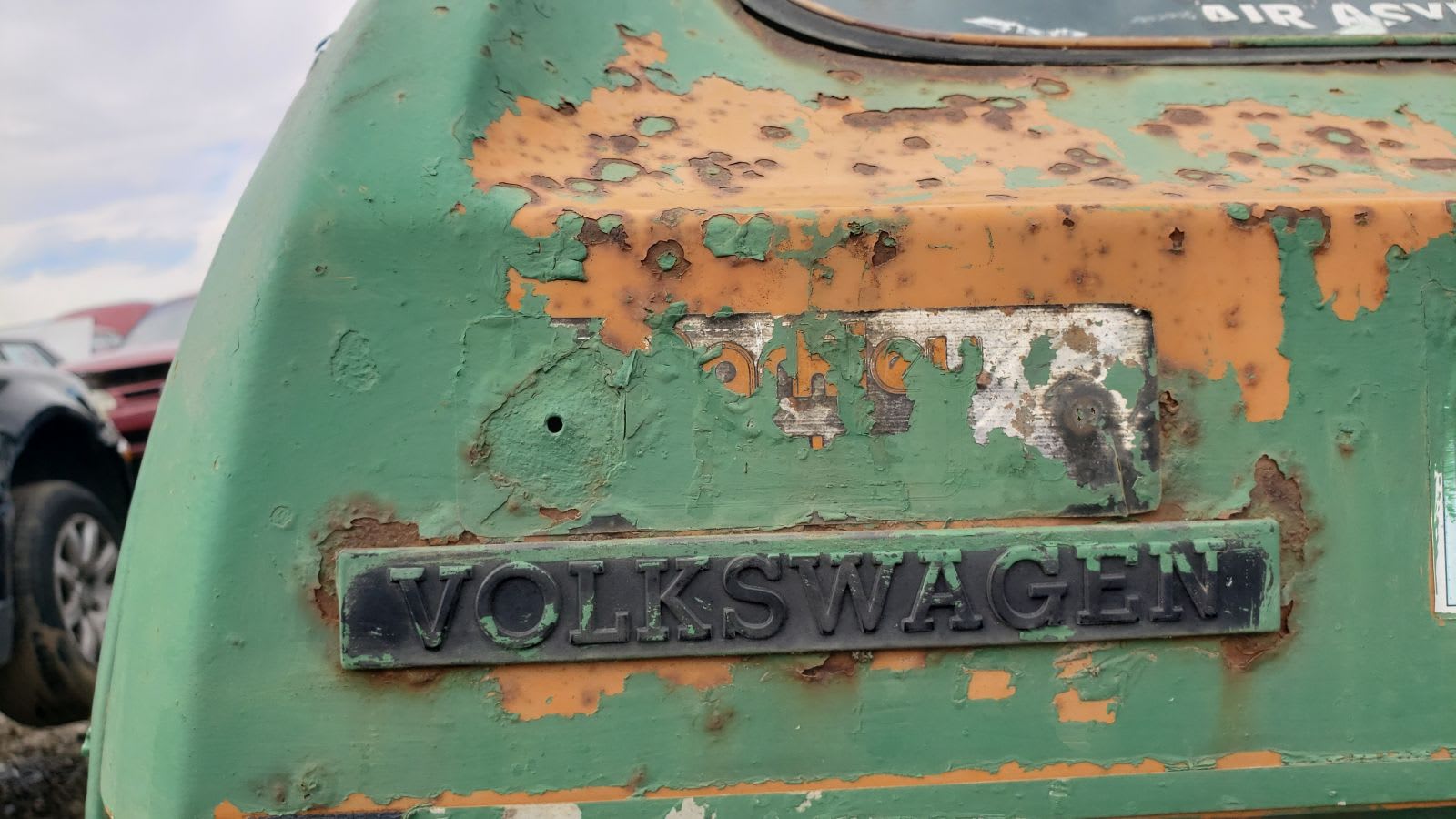 It started out with orange paint, then got a coat of green house paint. The red (to complete the Rastafarian color scheme) probably was going to come later. 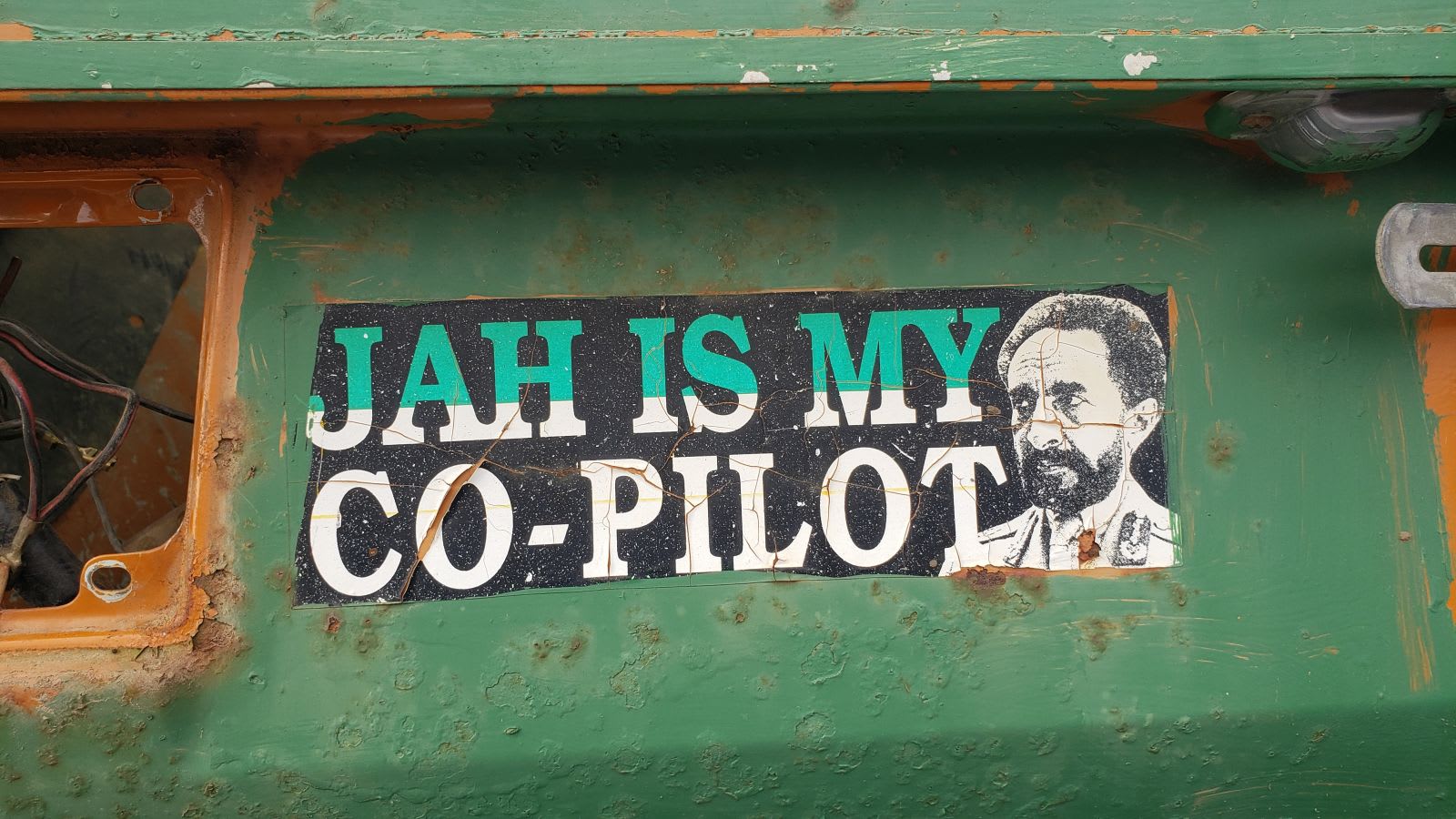 Ironically, Haile Selassie (who owned a luxurious Citroën SM and is depicted on this sticker) was hustled into exile in a lowly Volkswagen Beetle after the 1974 military coup d'etat that removed him from his throne. 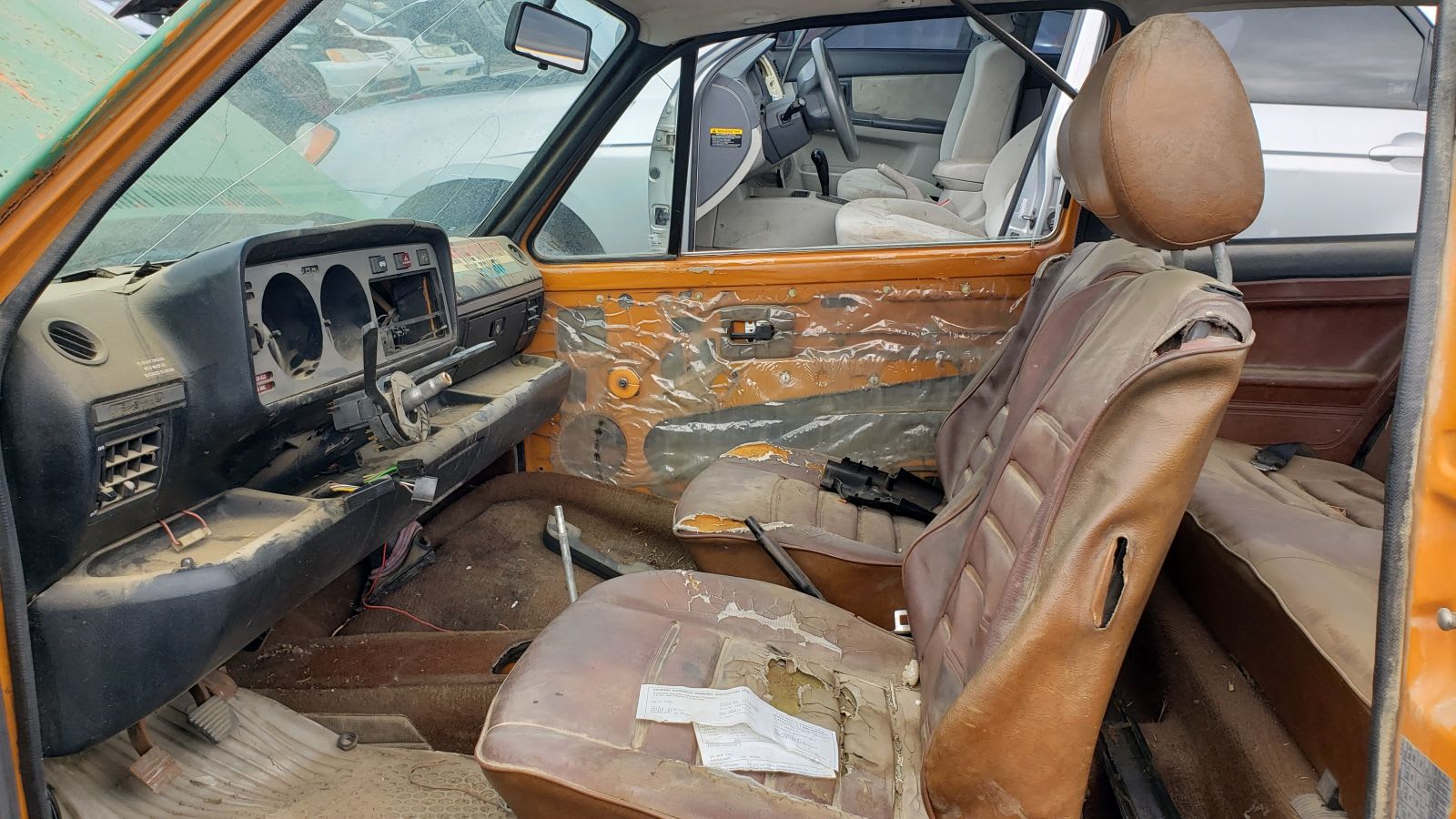 The car doesn't seem terribly rusty, but the interior is pretty beat and not many Volkswagen aficionados feel like restoring Rabbits that are neither pickups nor GTIs. 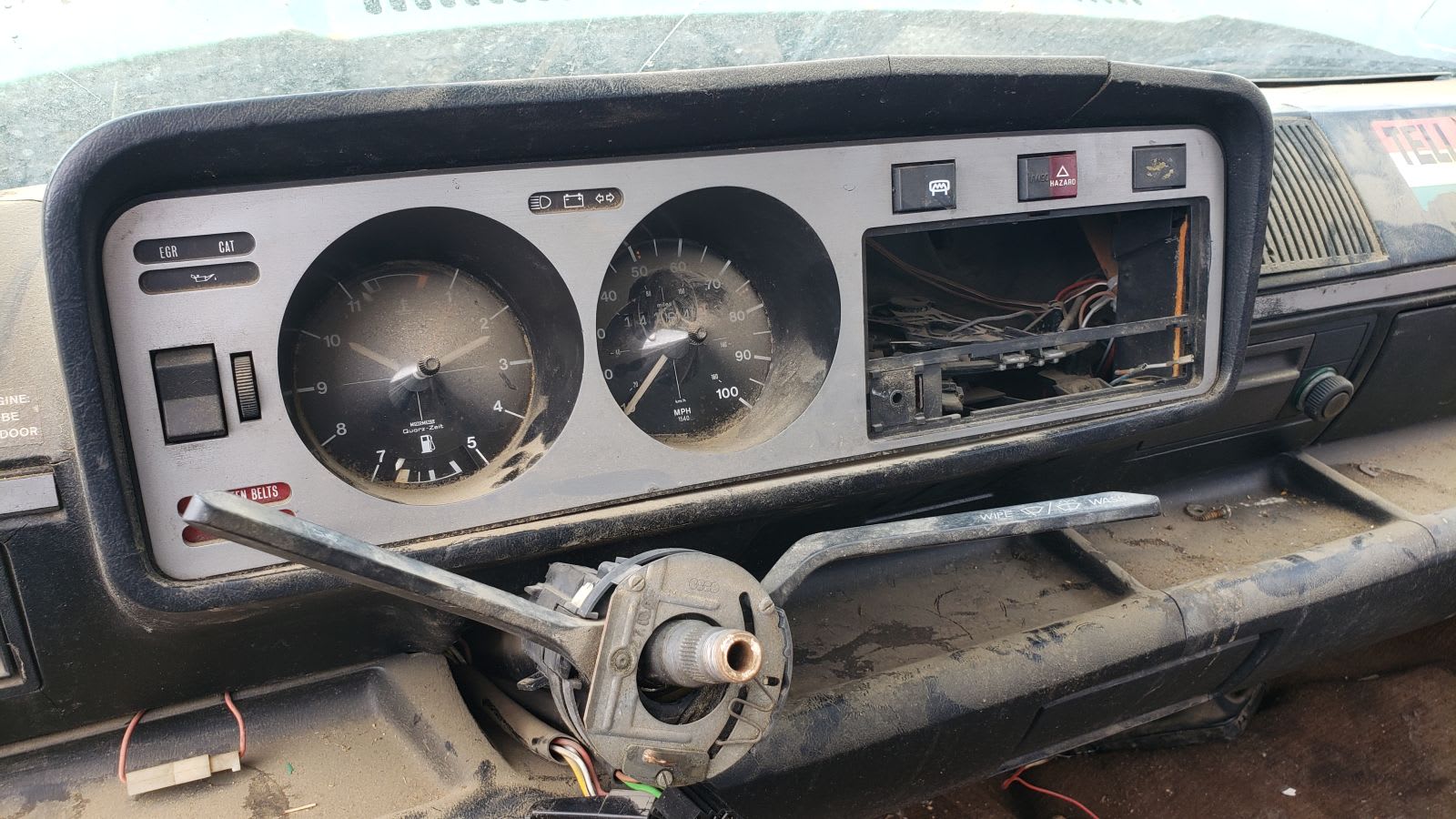 It has the nice temp/fuel/clock combination gauge, a design that goes back to the air-cooled era. 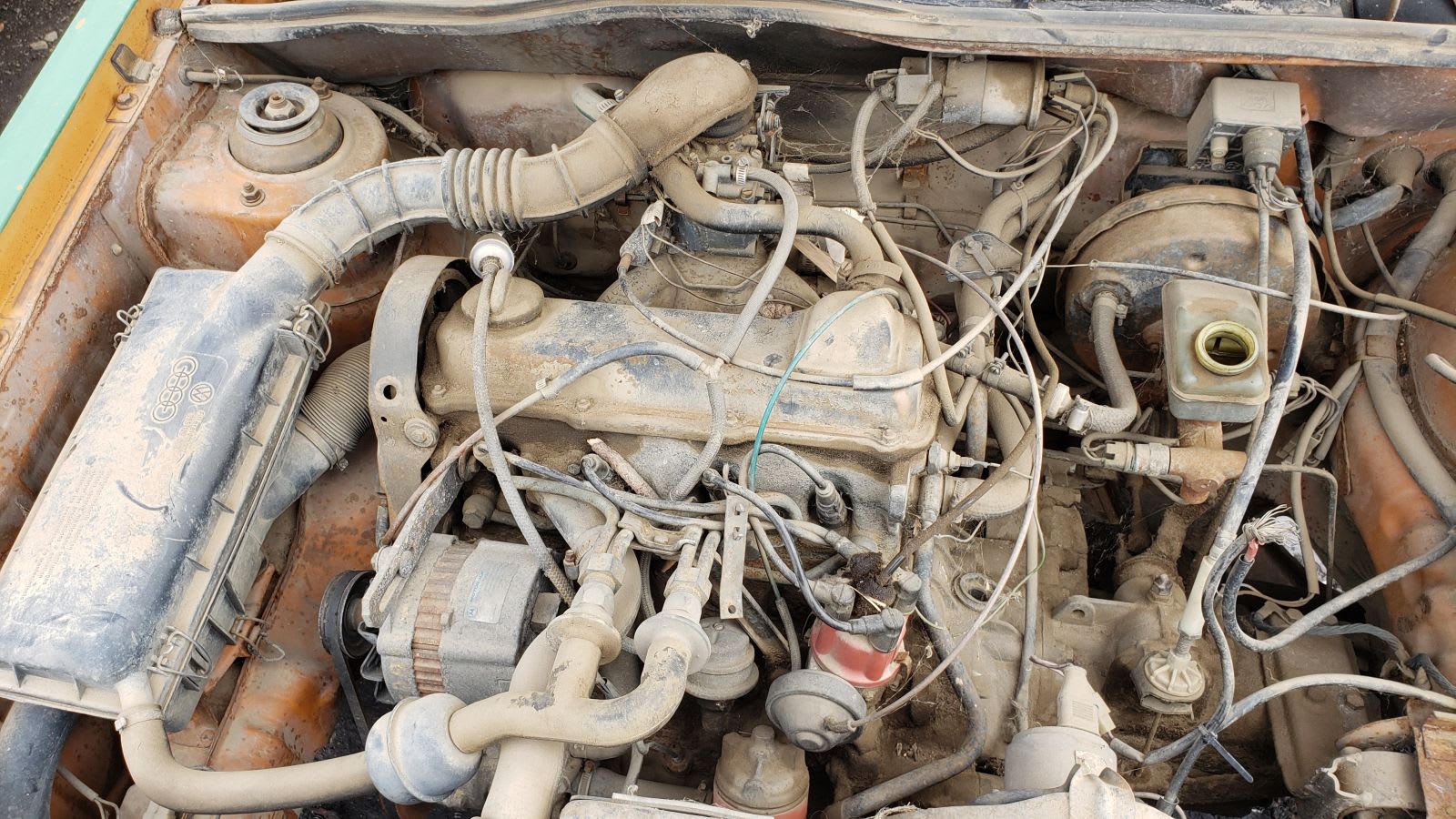 The optional diesel engine made for a miserably slow Rabbit, but this car has the standard 71-horse gasoline engine. It wasn't quick, but the performance was tolerable for 1977.