New 'Hobbs & Shaw' trailer speaks — and explodes — for itself

This movie has everything. And we mean: Everything

Jonathon Ramsey
When Dwayne Johnson tweeted that this summer's "Hobbs & Shaw" movie would be the " Biggest showdown the Fast & Furious Universe has ever seen," we didn't realize just how big he meant. Turns out he meant so big that we're going to need a bigger universe. Of course there are all kinds of cars, including enough McLarens to start three dealerships. There are also vintage customs, military APCs, a Rat Rod Optimus Prime, helicopters, and an F-22 Raptor-ish fighter with side-by-side seating.

If there's anyone left on the planet who doesn't know, " Hobbs & Shaw" is about two former bad guys taking on a new badder guy. The Rock plays Luke Hobbs and Jason Statham plays Deckard Shaw in a two-hour "SUNDAY! SUNDAY! SUNDAY!" grudge match with the genetically enhanced Idris Elba and a small nation worth of Elba's gun-fodder clown-car henchmen. Elba's character has a real name, but we'll call him by his chosen nickname: Black Superman.

It gets so much worse, and so much more explodey, from there. Since this is meant to be the beginning of a new franchise, maybe one day we'll find out how the sequel plans to outdo the first installment. Perhaps by not making one side in the final fight go to battle with 19th-century wooden implements. The date you need to mark on your calendar, whether in anticipation or warning, is August 2. Enjoy. 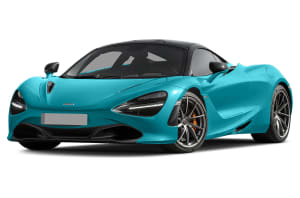