Re-sellers are looking for $100-plus

We first got a glimpse of the Hot Wheels accessory from Supreme's Spring/Summer 2019 preview. Listed among other items such as a Super Soaker, a McDermott pool cue, a diamond-plated Zippo, Band Aids (seriously), and a Pearl drum set, the toy was priced at $30. 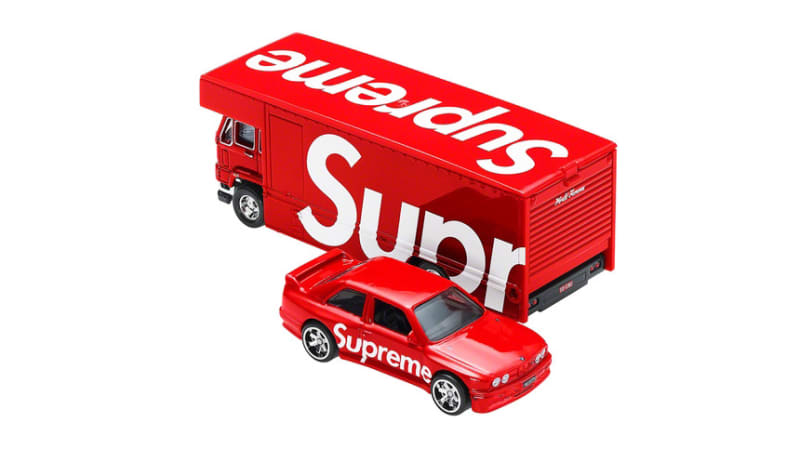 We say was, because it became one of the most hyped items on the menu and quickly sold out as soon as it was dropped this week. That's the magic of the red and white box logo. Both the car and the hauler wear the branding across their sides, and the truck has it on the top of its box. The M3 also has a custom license plate.

Proving Supreme's hyped-up reputation true, the toy is already listed for resale across the internet for significant price increases. StockX, which is a stock market of sorts for streetwear and sneakers, lists the lowest asking price as of this writing at $110. Greedier individuals on eBay are selling for $160, $175, up to $215.