Tony Markovich
Although battery advancements are the obvious key to maximizing the efficiency of electric vehicles, there are thousands of tiny intricacies that can contribute. Put several small tweaks together, and they can make a significant difference. Ford Europe revealed the fully electric Transit Smart Energy Concept this week, exploring new ideas the could help improve the future of electrics.

A main focus of the 10-seat passenger van was cabin heating. According to Ford, research indicated that using climate control in an electric vehicle can cut the range by up to 50 percent in cold weather. And that's on top of the fact that batteries have already been found to perform far worse in low temperatures. This can be even further exaggerated when dealing with vehicles such as the Transit, which seats many people in a large spread-out space, perhaps with doors opening and closing frequently to let people in and out, thus demanding more energy to even out cabin temps.

Developed by Ford's Merkenich Technical Center, Germany, the concept van has a 92-mile range on a four-hour charge. It uses the same drivetrain as the StreetScooter WORK XL commercial van, which has a battery capacity of up to 76 kWh and a range of up to 124 miles. 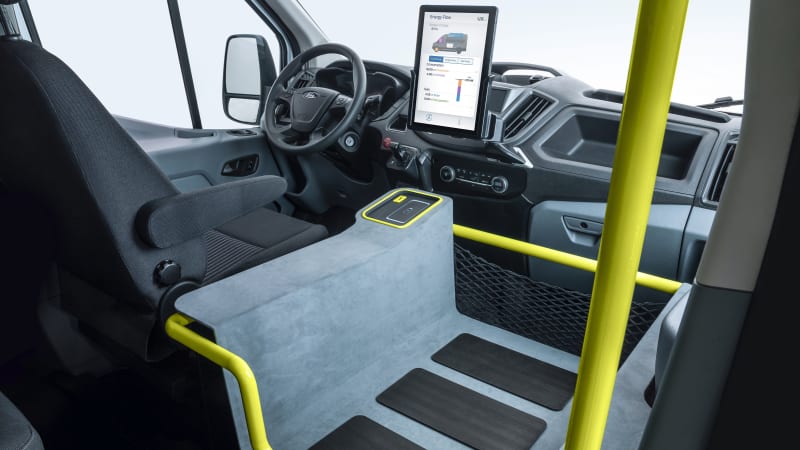 The concept has seven distinct features that Ford is testing, none more effective than a new type of heat pump system. It uses heat from the drivetrain, cabin air, and exterior air, which Ford claims reduces heating system energy usage by 65 percent. In turn, this can supposedly improve range by up to 20 percent.

A second idea is not necessarily new, but it has not yet hit the mass market. The concept has six solar panels on the roof that charge a 12-volt battery, which will provide power to the seat heating, cabin lighting, and interior electrical features such as wireless phone charging. Further saving warmth and energy, the van has a sliding door that stops halfway open, heated passenger seats, a polycarbonate divider between the passenger door and seating, ventilated double-glazed windows for insulation, and an insulated rear floor and roof. 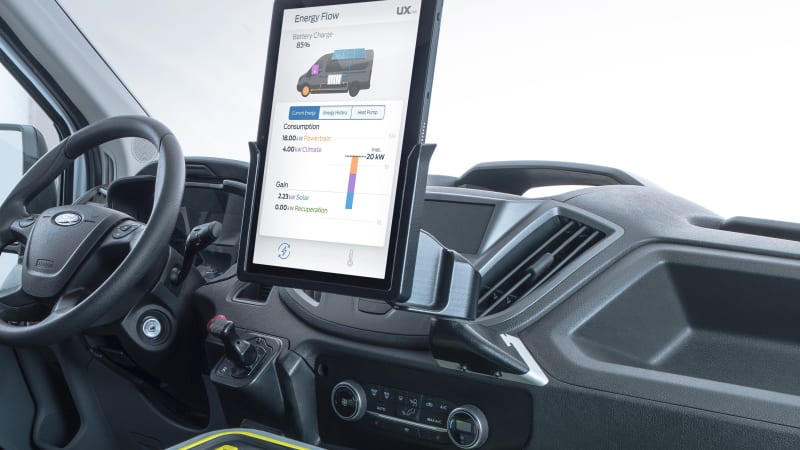 The seating temps and climate can all be controlled from a massive touchscreen infotainment system. For now, this is a concept, but Ford says it plans to test the van on the road in the near future.
X