When you're a car's final owner and you know it, you can do this.

Normally I wouldn't be much interested in a third-generation GM N-Body (a family that includes the Chevy Malibu and Olds Achieva) spotted in the junkyard, though a case could be made for such a vehicle's historical significance. This '97 Skylark, however, arrived in a Northern California self-service wrecking yard well-plastered with stickers, reflectors, and other personalizing touches, making it an interesting document of its time and place. 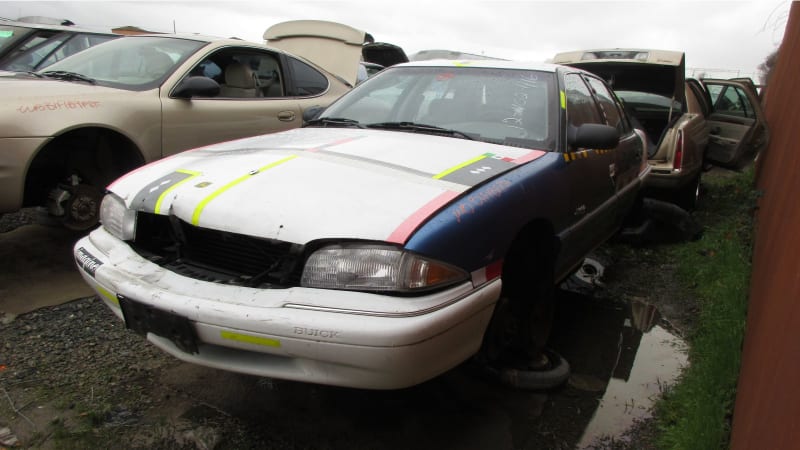 It appears that both of the original white fenders got mashed and then replaced with blue ones, almost certainly obtained cheaply at a yard like this one. If you're not going to paint your new fenders to match the car, then you're already well down the slippery slope to making the car a giant mobile canvas to display your interests. 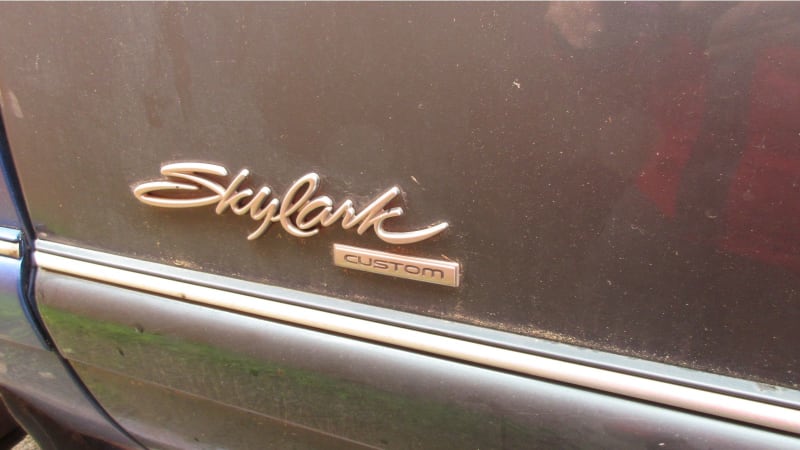 A 20-year-old GM N-Body, regardless of how nice it was when new, isn't worth much, and you could stretch a line of these cars from Lansing to Lahore with all the used-up Ns sitting in American wrecking-yard inventory right now. 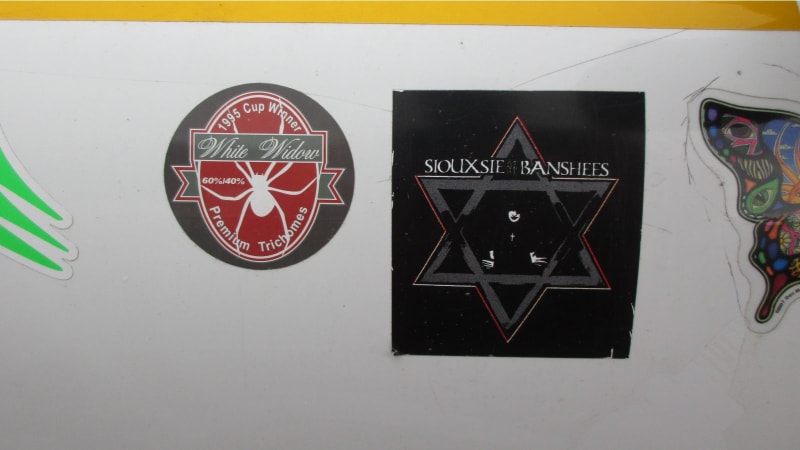 Perhaps it was the grandchild of the car's original owner who indulged in White Widow cannabis and listened to Siouxsie & the Banshees. 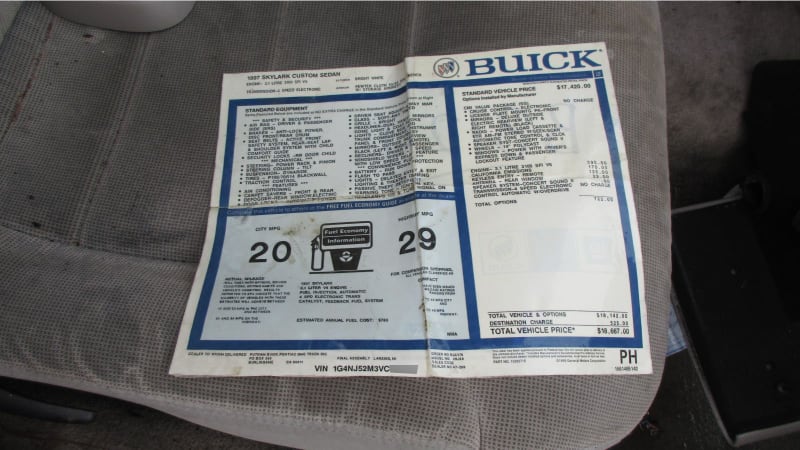 The odds against finding the original window sticker in a car like this are mighty long, but here it is. Sold new at Putnam Buick in Burlingame. 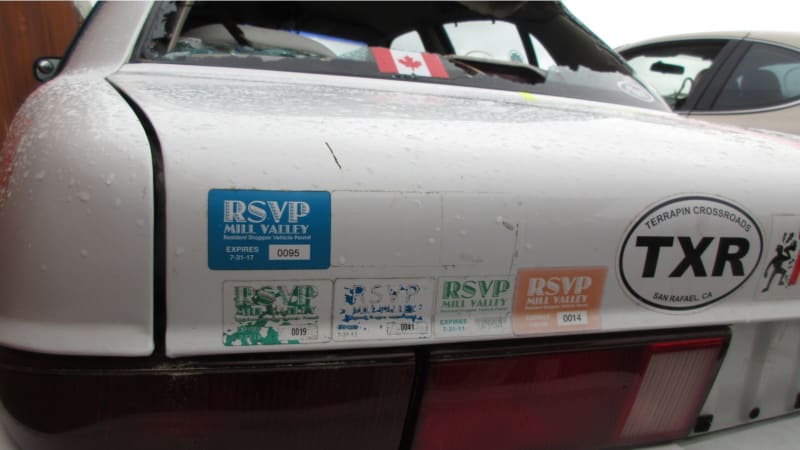 It appears that this car spent most of its final decade in or near Mill Valley. Mill Valley is a mere 30 miles from Burlingame, or about three hours of Buick driving (you have to go past SFO, through San Francisco, and across the Golden Gate Bridge, a journey featuring apocalyptically terrible traffic at just about any time). Drive east across the Richmond-San Rafael Bridge and you'll get to this Skylark's final parking space, about 20 miles from Mill Valley. This car lived its whole life near the shores of San Francisco Bay, and it will die there. 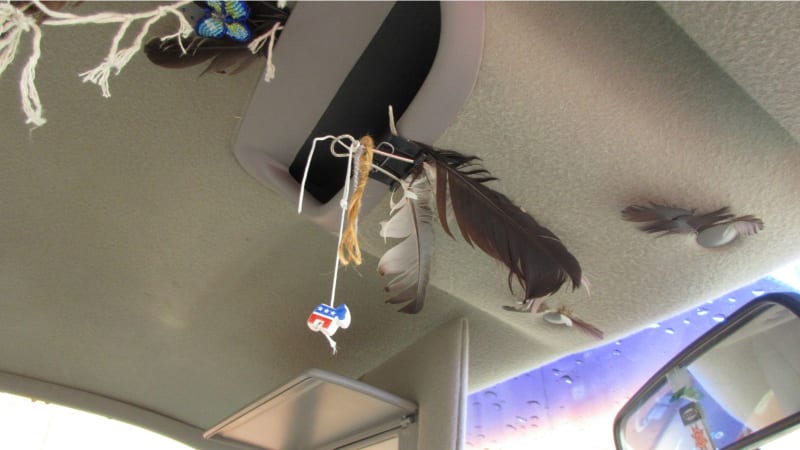 Feathers and a political-party charm adorn the headliner. 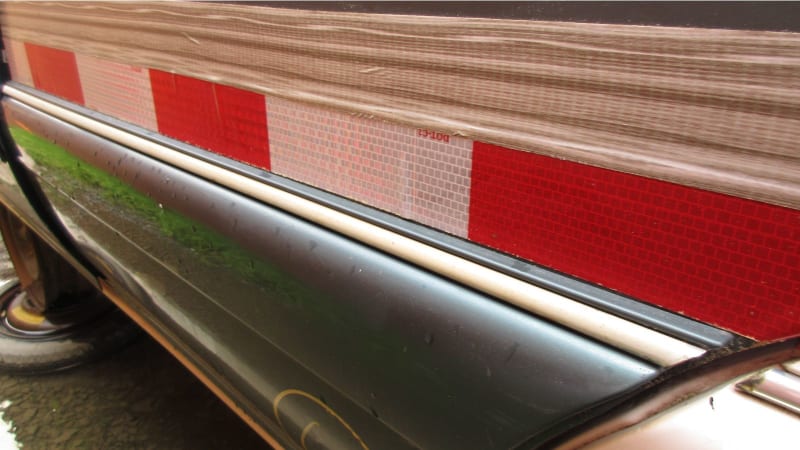 This car's final owner had a practical side, as we can see from the many reflectors and lengths of safety tape. Just the thing for avoiding a T-bone wreck in the dead of night!

"Essentially, Skylark embodies all of the features customers expect from a Buick, in a smaller package, with a very attractive MSRP."