2019 Jaguar F-Pace adds technology, gets to keep all its engines

The technology comes with a price increase

Joel Stocksdale
Jaguar recently revealed a lightly refreshed XE sports sedan with a more modern interior and technology, but it also lost its V6 and diesel engine options. That led us to believe the same might happen to the updated 2019 Jaguar F-Pace, but instead, it gets a lighter update inside and both the diesel four-cylinder and supercharged V6 engines stick around for another model year.

While styling stays the same, the technology updates for the 2019 F-Pace are welcome. All F-Paces get a bigger 10-inch infotainment display, and the system itself has updated graphics from the I-Pace electric car. Apple CarPlay and Android Auto are now available, too, but as an optional extra.

The tech updates aren't just limited to infotainment, though. The blind-spot monitoring system will now apply a counter-steering force if it detects an object when the driver begins to merge. The optional adaptive cruise control now has an active steering feature that will keep the car centered in its lane on the highway. 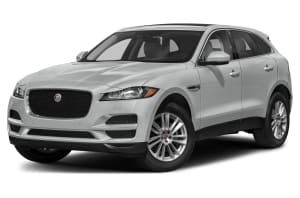