The Ford Mustang became sort of the Fat Elvis of pony cars during the early 1970s, scaling in at 500 pounds more than its svelte mid-1960s predecessors. Then came the Mustang II, which was much lighter but had the misfortune of being based on the Pinto. Finally, for the 1979 model year, Ford put the Mustang on the new, modern Fox platform, and power levels went up for many years after that. The 1979 Mustang Cobra got a lot of flashy badging plus a 140-horsepower turbocharged 2.3-liter engine. Here's one in a Denver self-service wrecking yard. 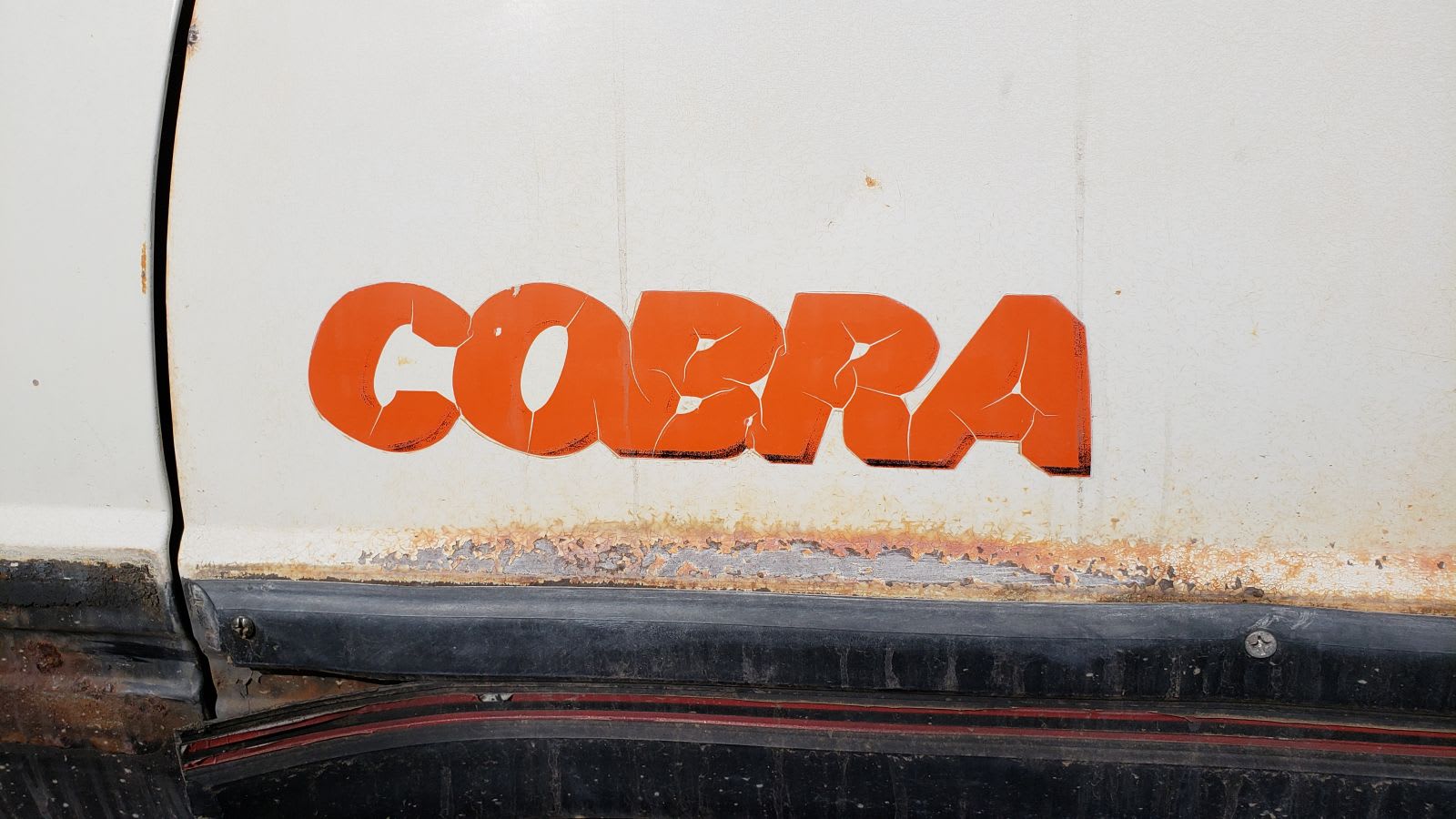 The Mustang still wasn't very quick in 1979, but big performance improvements arrived during the following decade. 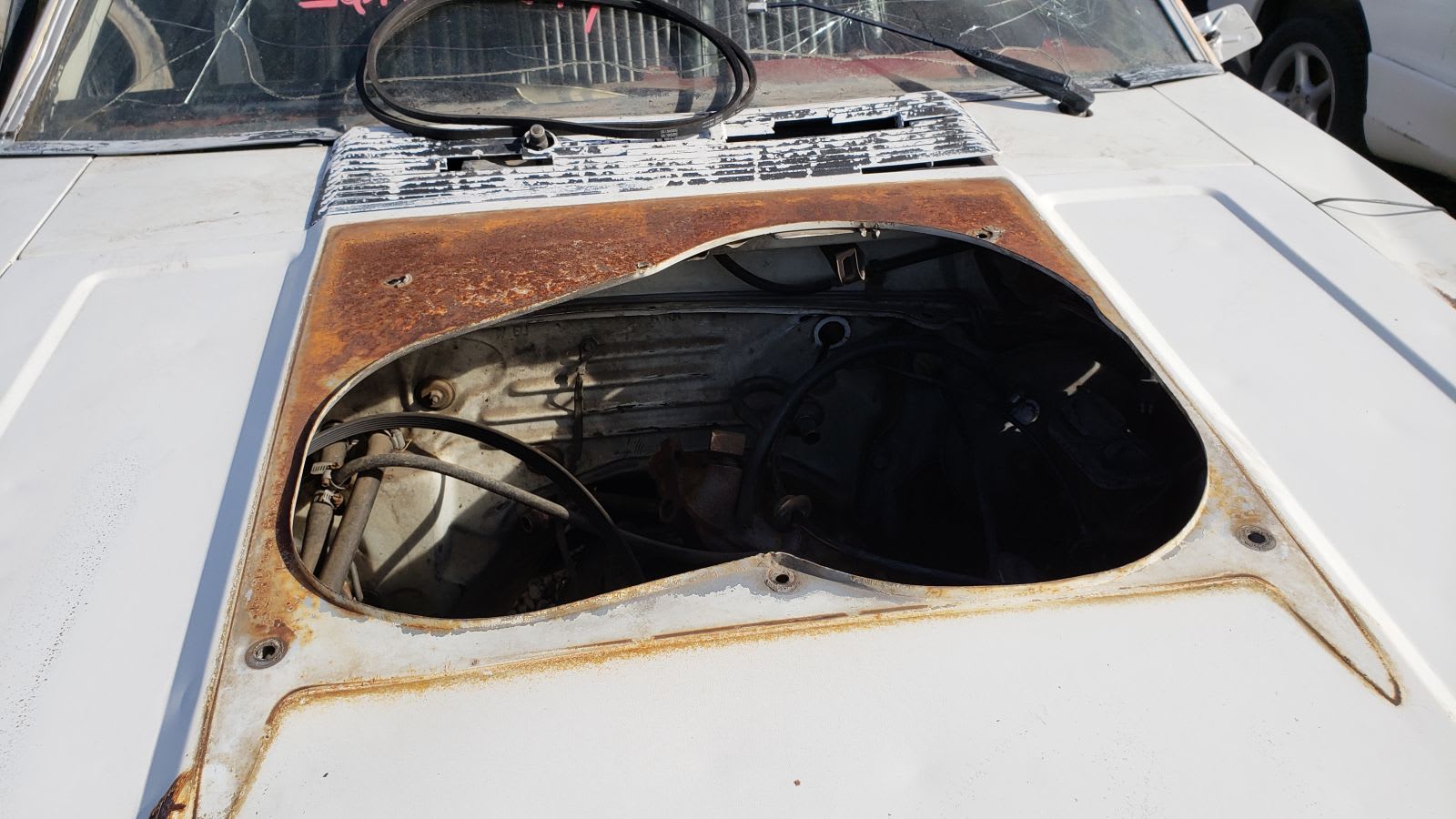 Some junkyard shopper grabbed the nonfunctional hood scoop used to provide clearance for the turbocharging hardware. 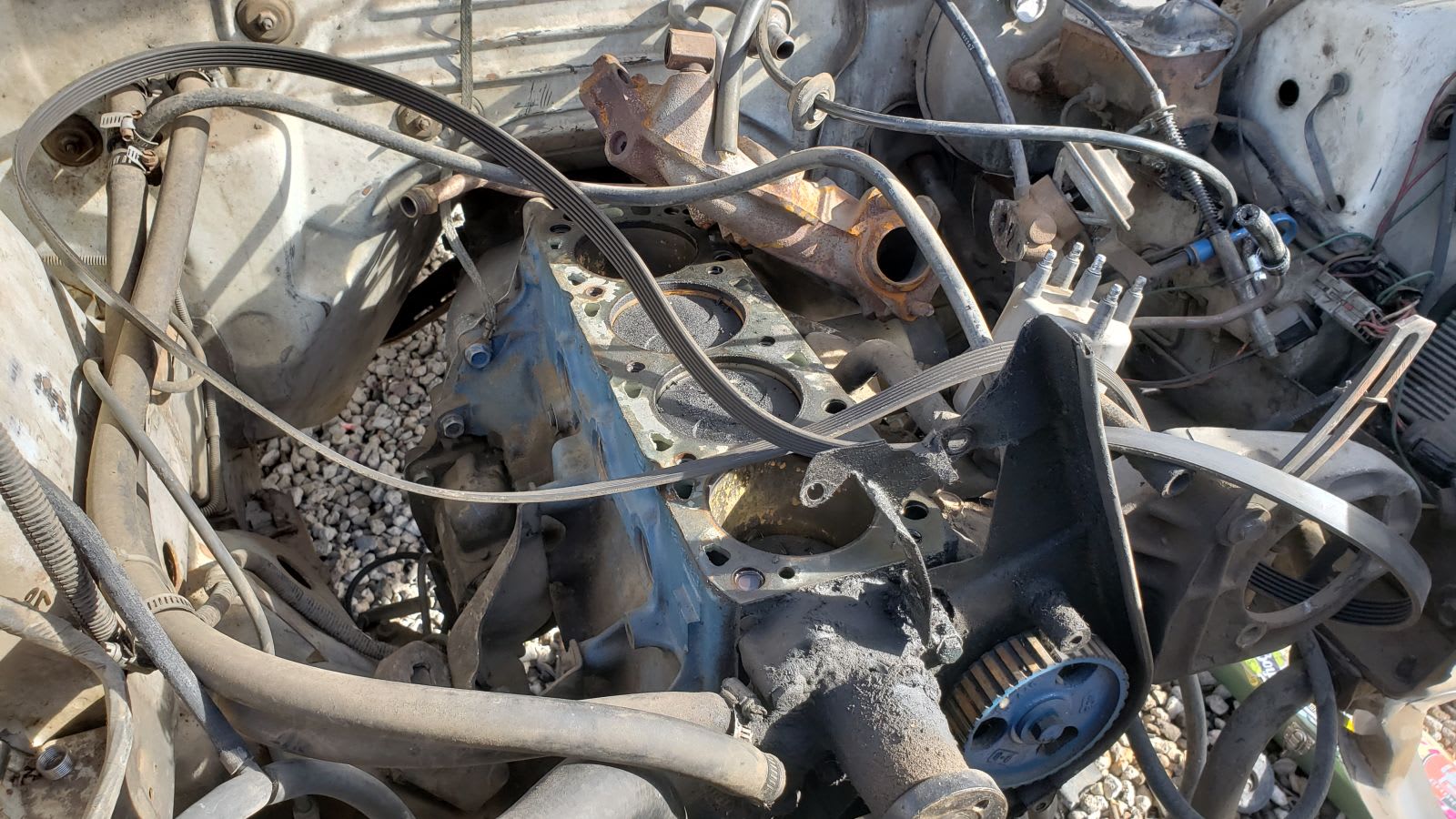 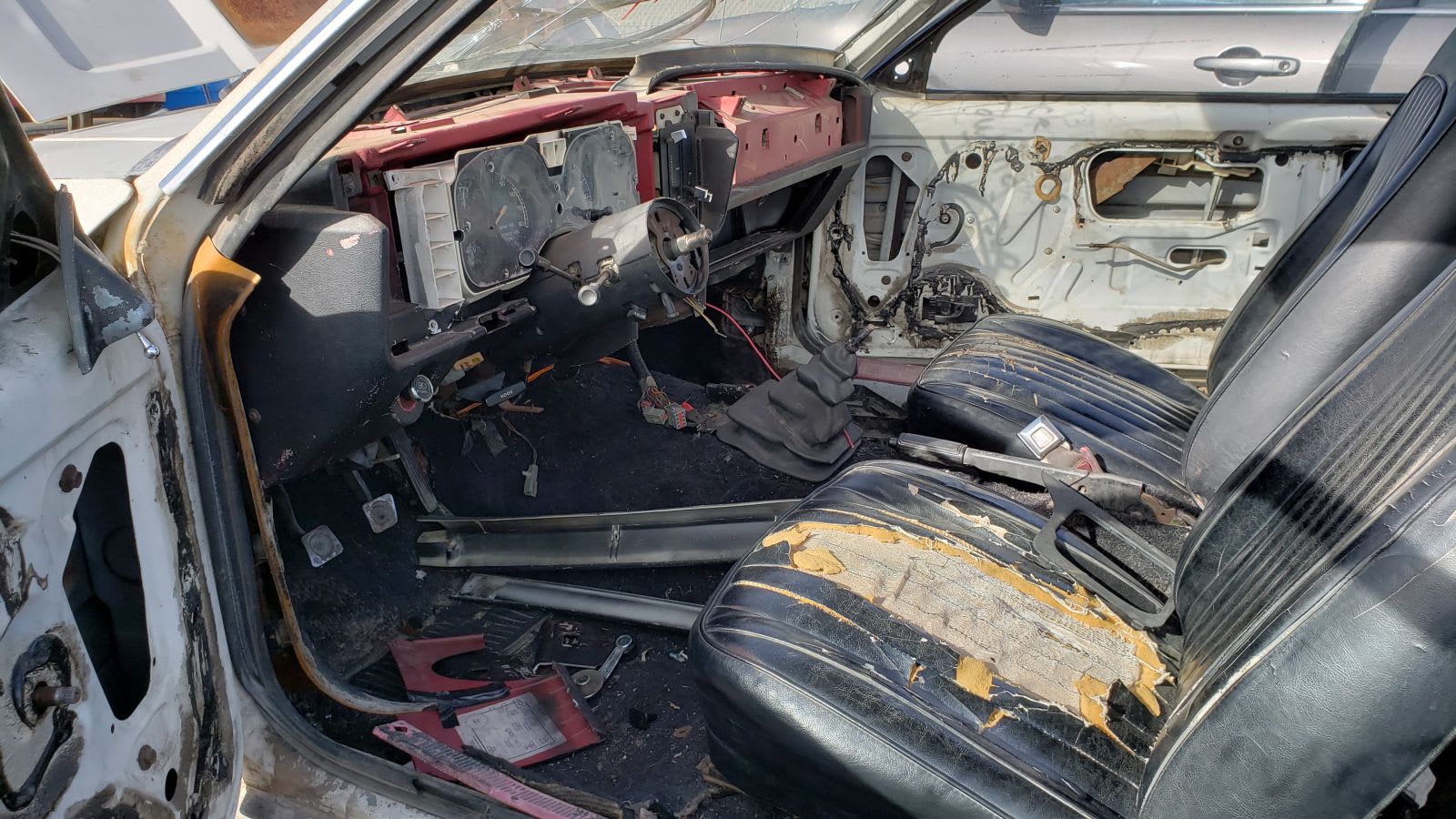 The slushboxification of American automotive culture hadn't taken full effect in 1979, so plenty of Mustangs that year came with the four-on-the-floor manual transmission. This car has the three-pedal setup. 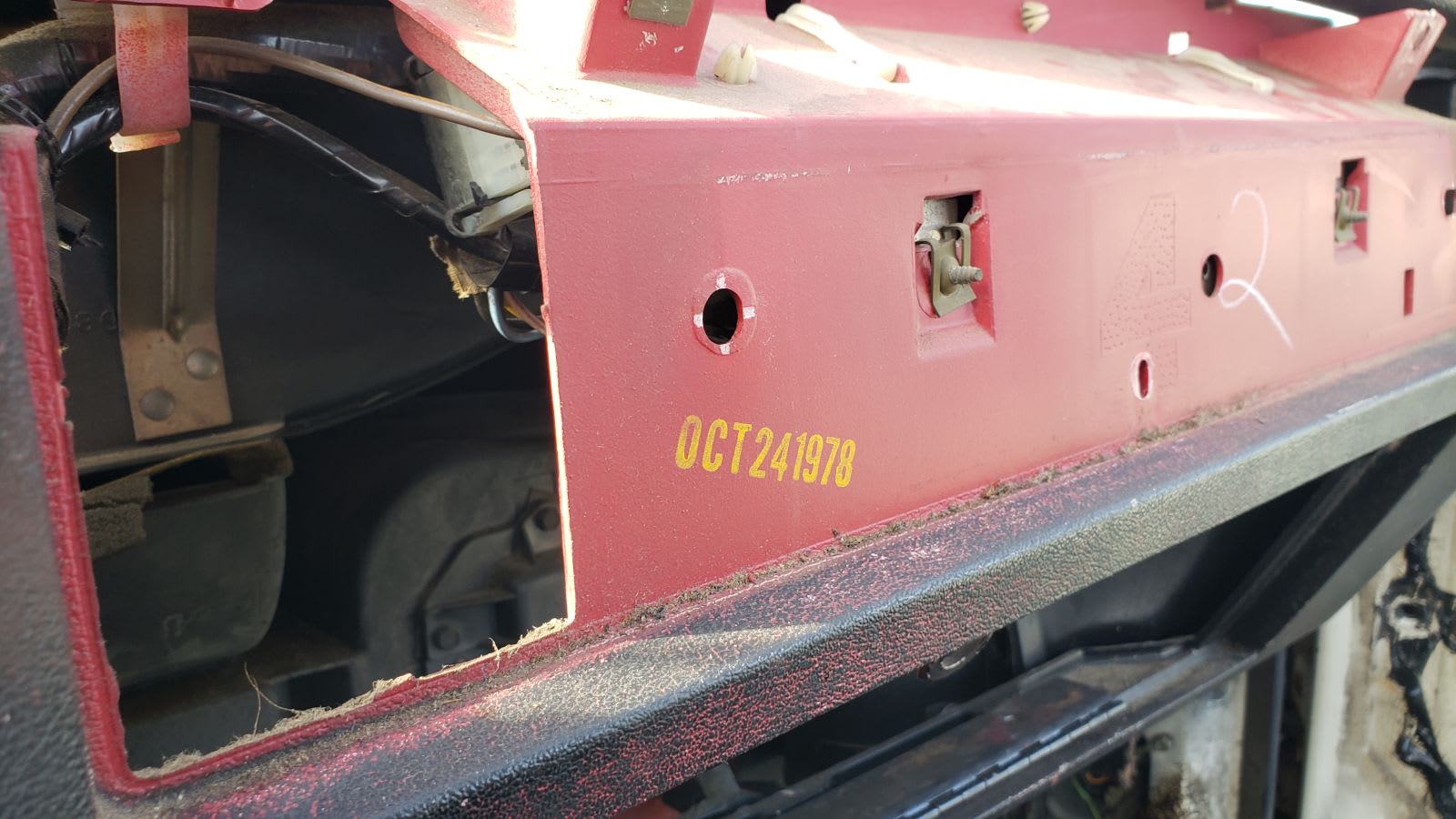 What happened on October 24, 1978? Jimmy Carter addressed the nation on the inflation problem, while Keith Richards was sentenced for heroin possession in Canada. 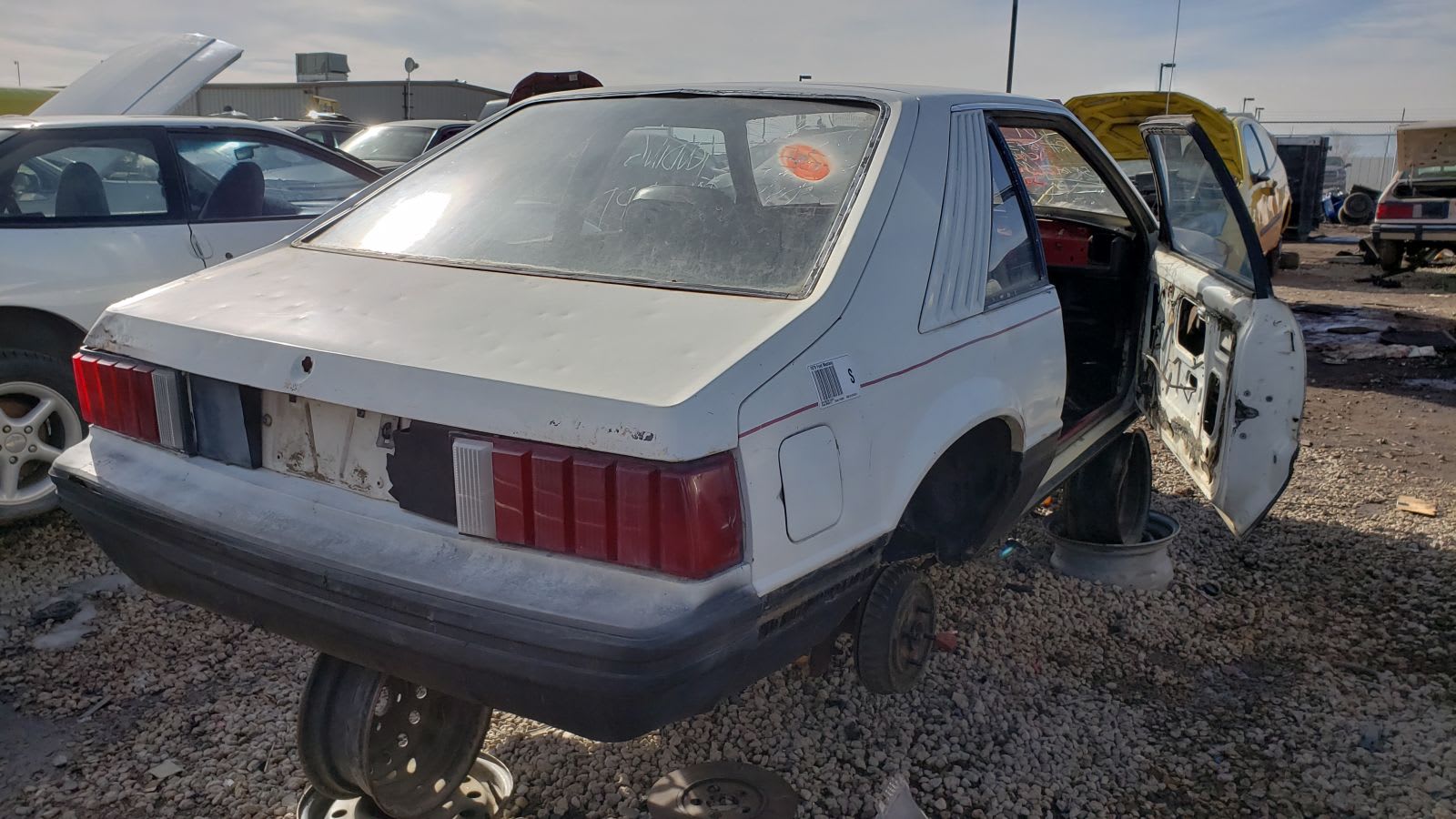 A '79 Cobra in this condition isn't worth restoring, so there wasn't much chance it would be rescued from this fate.