5 things to know about the Aston Martin Lagonda SUV

The All-Terrain Concept is a luxury EV crossover

Though Aston Martin unveiled its Lagonda Sedan first, we were told that the British ultra-luxury electric/autonomous spinoff brand's first production car would be an SUV. Today, at the 2019 Geneva Motor Show, they took the wraps off an All-Terrain Concept: a battery-powered, autonomous-ready, all-wheel-drive crossover intended to presage that vehicle.

We walked around, and sat in, the vehicle with Aston Martin Lagonda chief creative officer and design studio head, Marek Reichman, who provided us with all sorts of interesting insights about this new vehicle, and brand, which is expected to bow in 2021. Here are five things we learned. 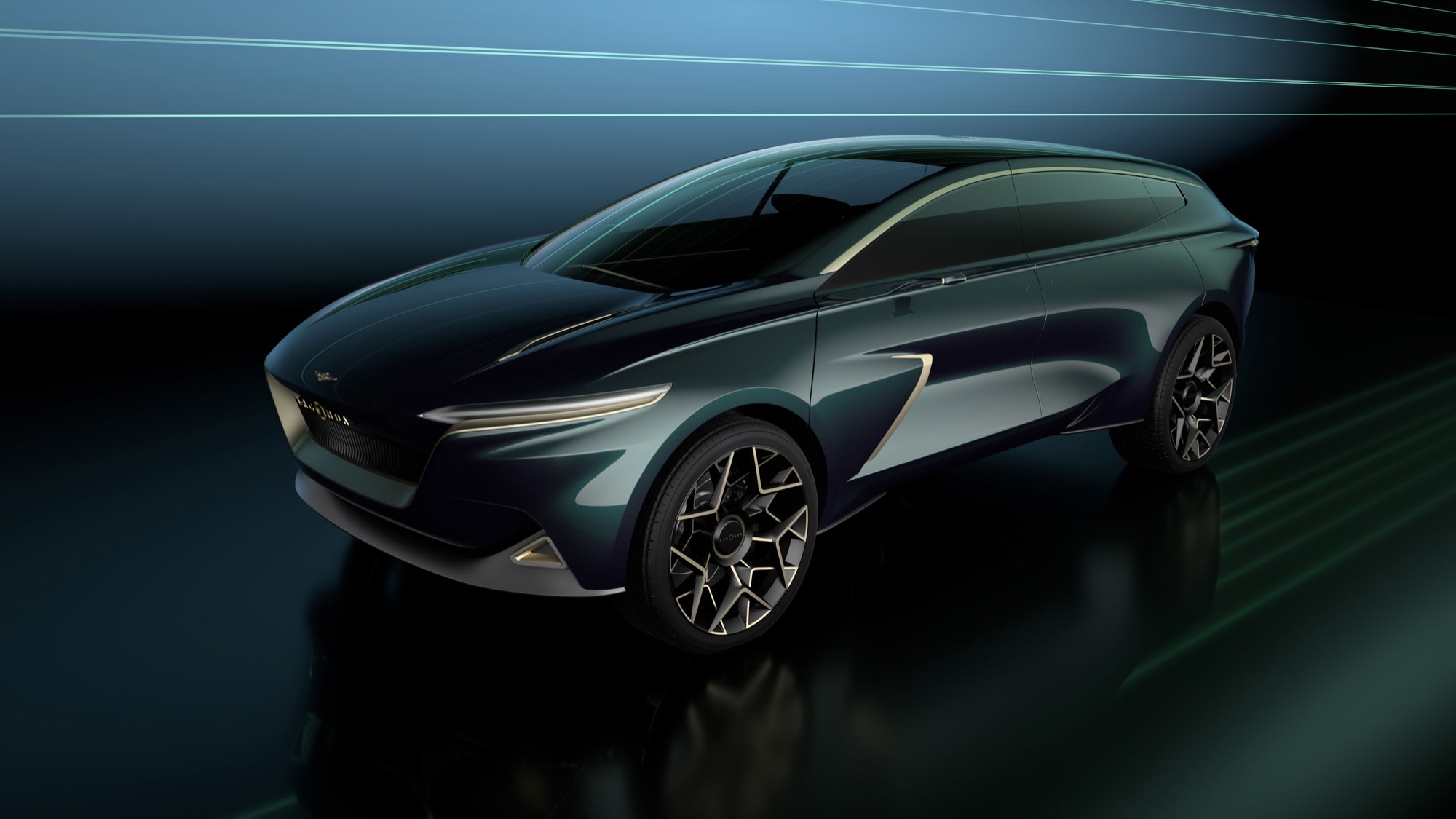 It Has a Hood for a Reason

"The sedan was the most extreme version of this new design language, derived from the proportion of not having to have an engine, exhaust, driveline, or gas tank. This new concept has more of a hood, but by no means a typical SUV profile -- the windshield starts above the front axle line. This is because in an all-terrain vehicle, in all-terrain mode when you're going through snow or rough road, you want to feel protected. You want to see something in front of you." 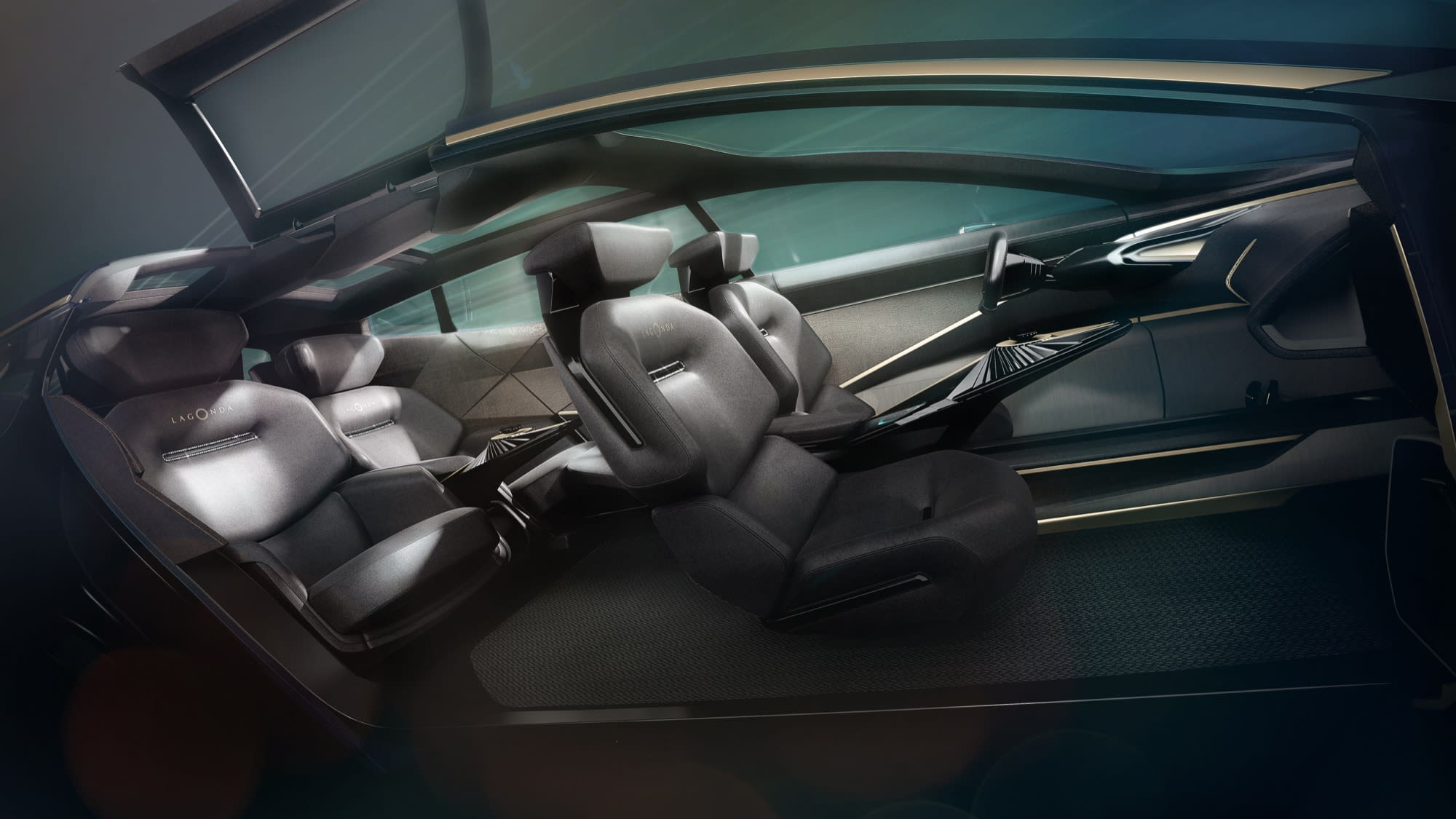 "Because of the powertrain, it has more space inside than a Rolls-Royce Cullinan, which is fully a meter [more than 3 feet] longer. Luxury now is about time and space. I can't give you time, but I can give you space." 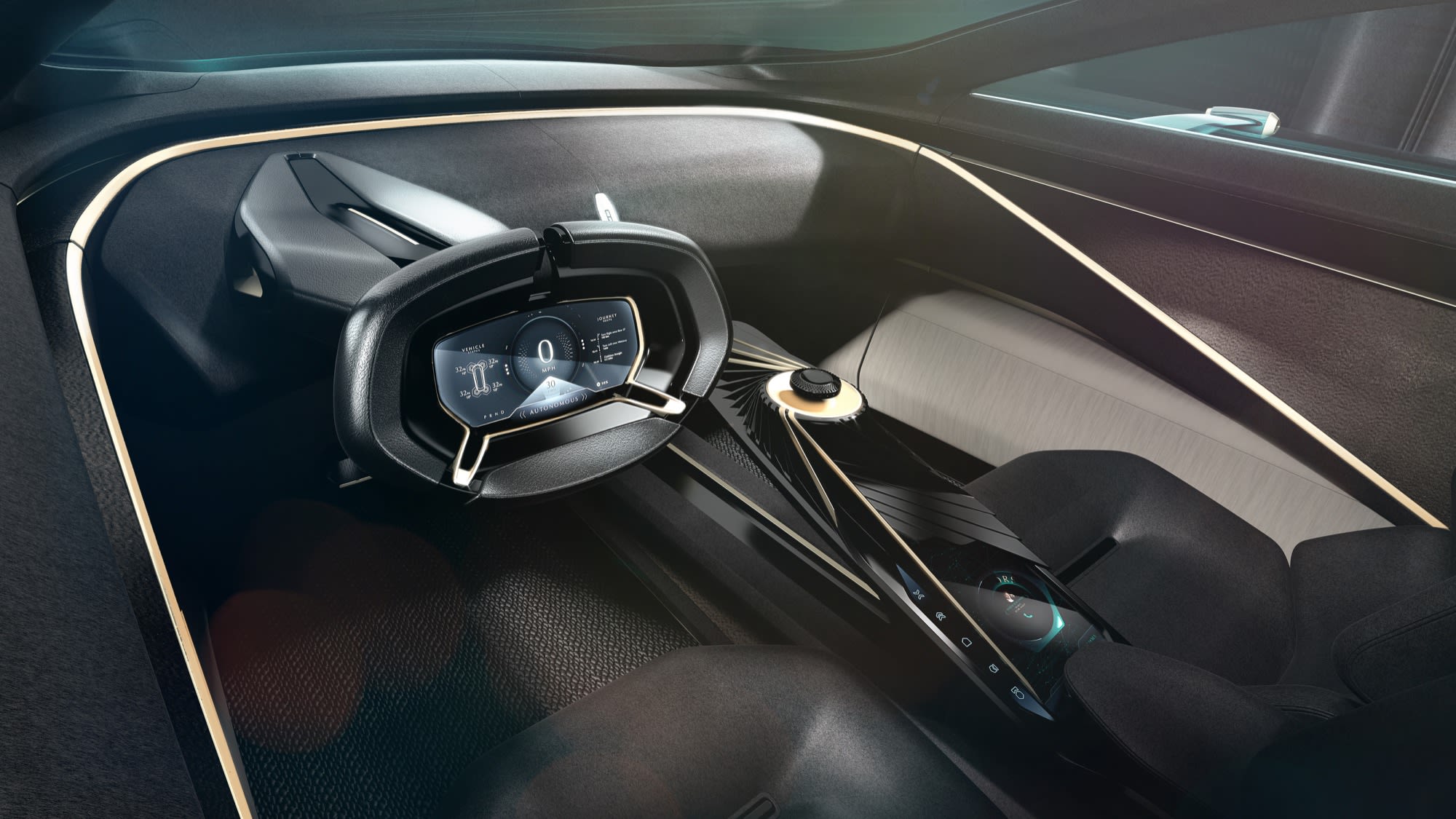 It Has Radical Materials Inside

"Just like we are unconstrained by tradition on the exterior, we are similarly unconstrained in the interior. We've used materials that define modern, contemporary luxury. Not like the traditional values of an English country manor. So on the seats we have cashmere. On the key we have Swarovski crystals. On the headliner we have alpaca. And on the door cards, we have silks. This car will be built in Wales and many of these materials come from Wales." 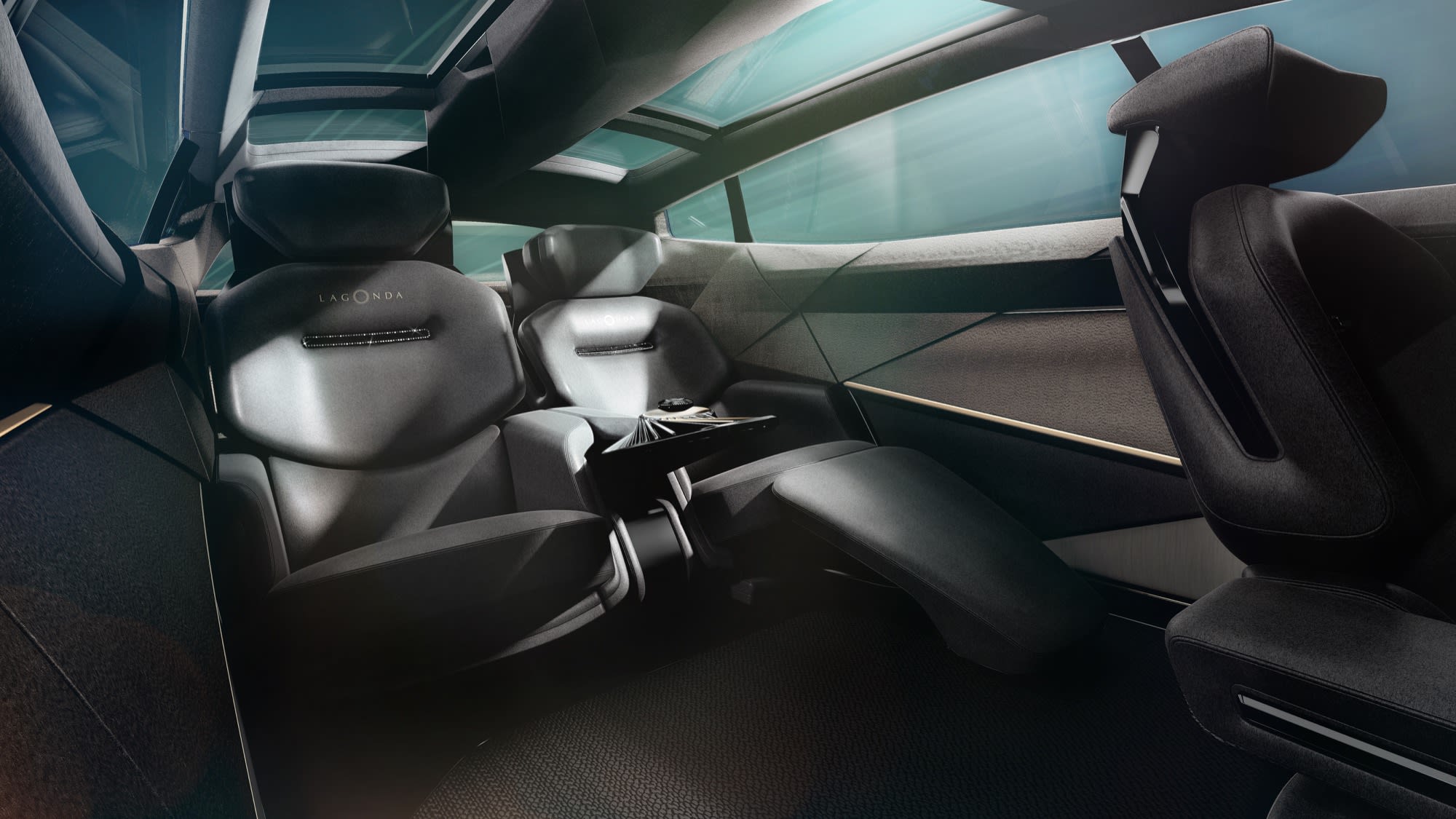 It's Luxurious and Utilitarian

"Design is about solving a problem. In this case, it's about solving for a customer who needs more practical applications. So we've made the interior flexible. The front seats rotate for a future autonomous mode. But you can get fixed seats up front and move the rear sheets forward to allow room for a third row. Or you can move both rear rows forward and have more room for cargo. It's a redefinition of uses rather than trying to fit something into the box of what an SUV can be." 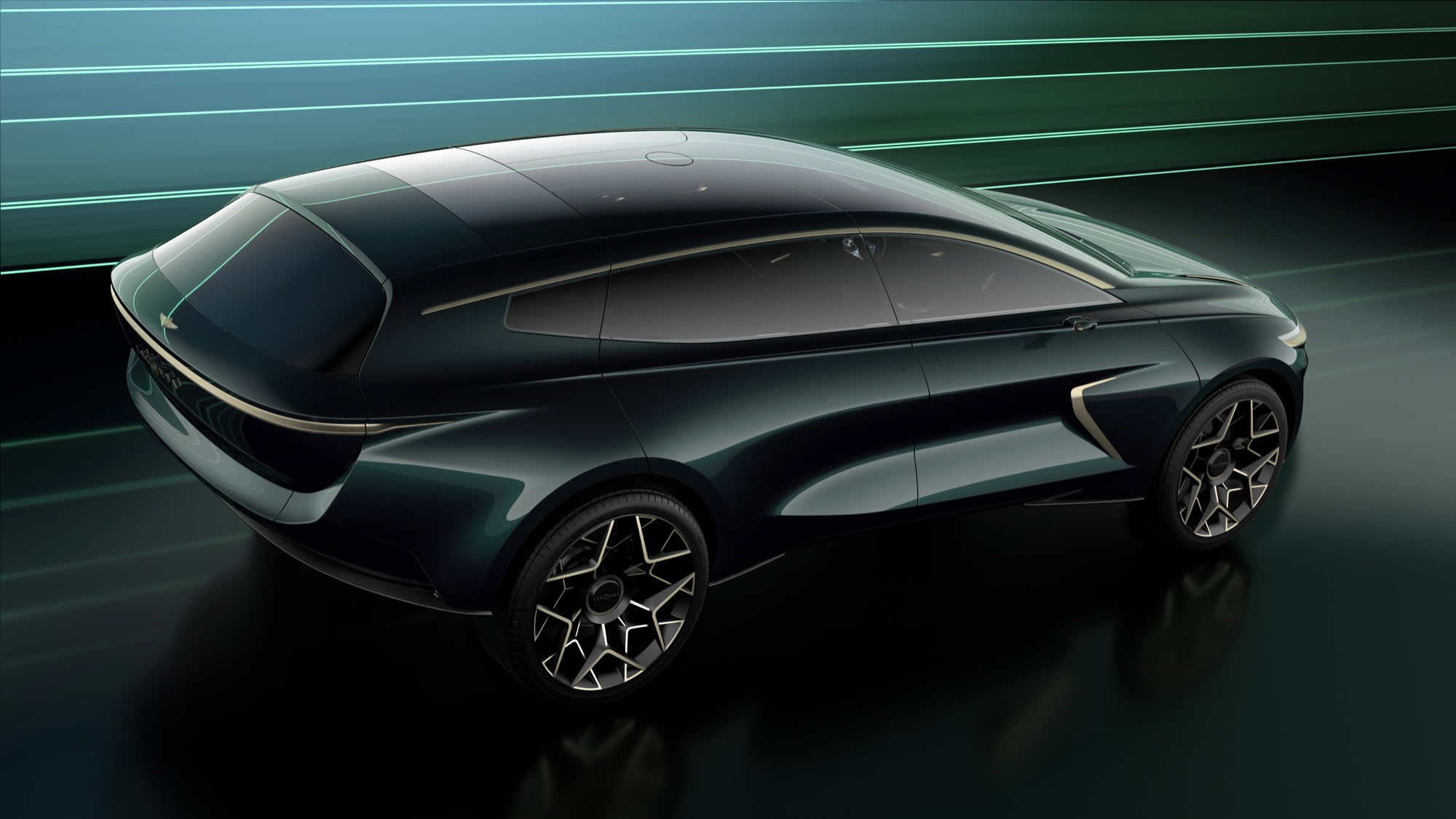 It's Trendy and Anti-Trend

"A designer's job is to see if a trend is going to burn out quickly or be long term. Right now, the big trend is, as our lives become more digital and instantaneous, we are drawn to things that are more experiential and take time. So we are trying to design vehicles that deliver experiences. I think we are 80 percent right in terms of our target. The other 20 percent, we simply don't know. But we have to start, to make a stab at the future, somewhere."