It'll transport wealthy owners to a scientific research station on Mars ... or something

Coming soon to an ultra-wealthy desert oasis near you is Lagonda, the spinoff from Aston Martin that will be devoted to creating luxury cars rather than sports cars. They will be electric and have autonomous driving features, and although their final production guises are still to be revealed, the Lagonda All-Terrain Concept introduced in Geneva provides a second clue as to what a production Lagonda might be like.

Whereas last year's Vision Concept was a road-going quasi-sedan that mostly centered on autonomous driving, the All-Terrain Concept is going for the Range Rover crowd. Taller and obviously a crossover, Aston Martin describes it as "an ultra-stylish, supremely luxurious, fully electric, emission-free vehicle that can transport its occupants to remote and spectacular locations." It certainly isn't bereft of adjectives.

Like other EVs, the concept utilizes a skateboard-style vehicle platform that spreads the battery weight low throughout the floor, which not only raises that floor to provide a more SUV-like view out, but actually lowers the center of gravity for superior handling. It also makes the car very stiff, which allows for the All-Terrain Concept's rear-hinged coach doors and flip-up gullwing roof bits. 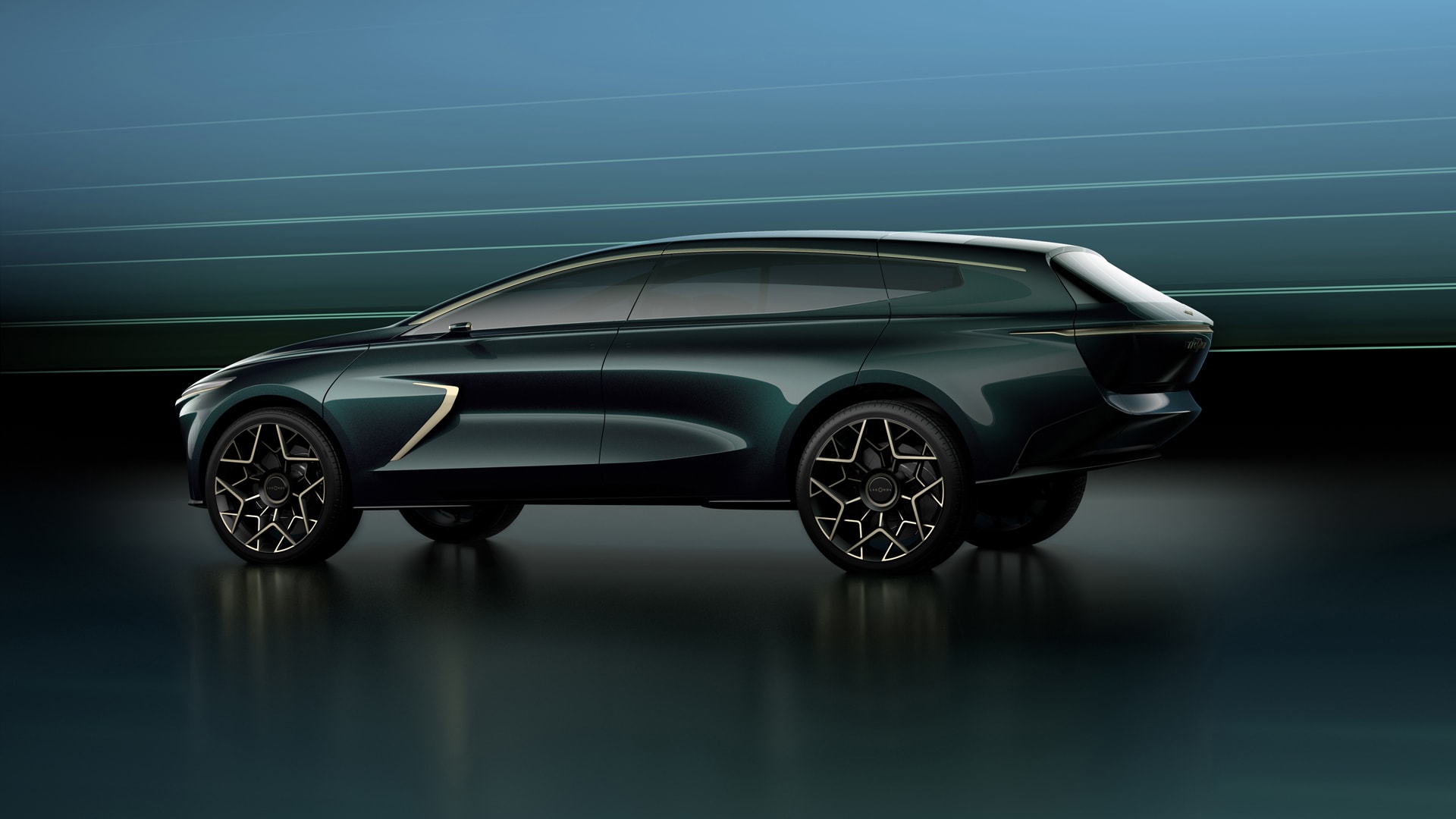 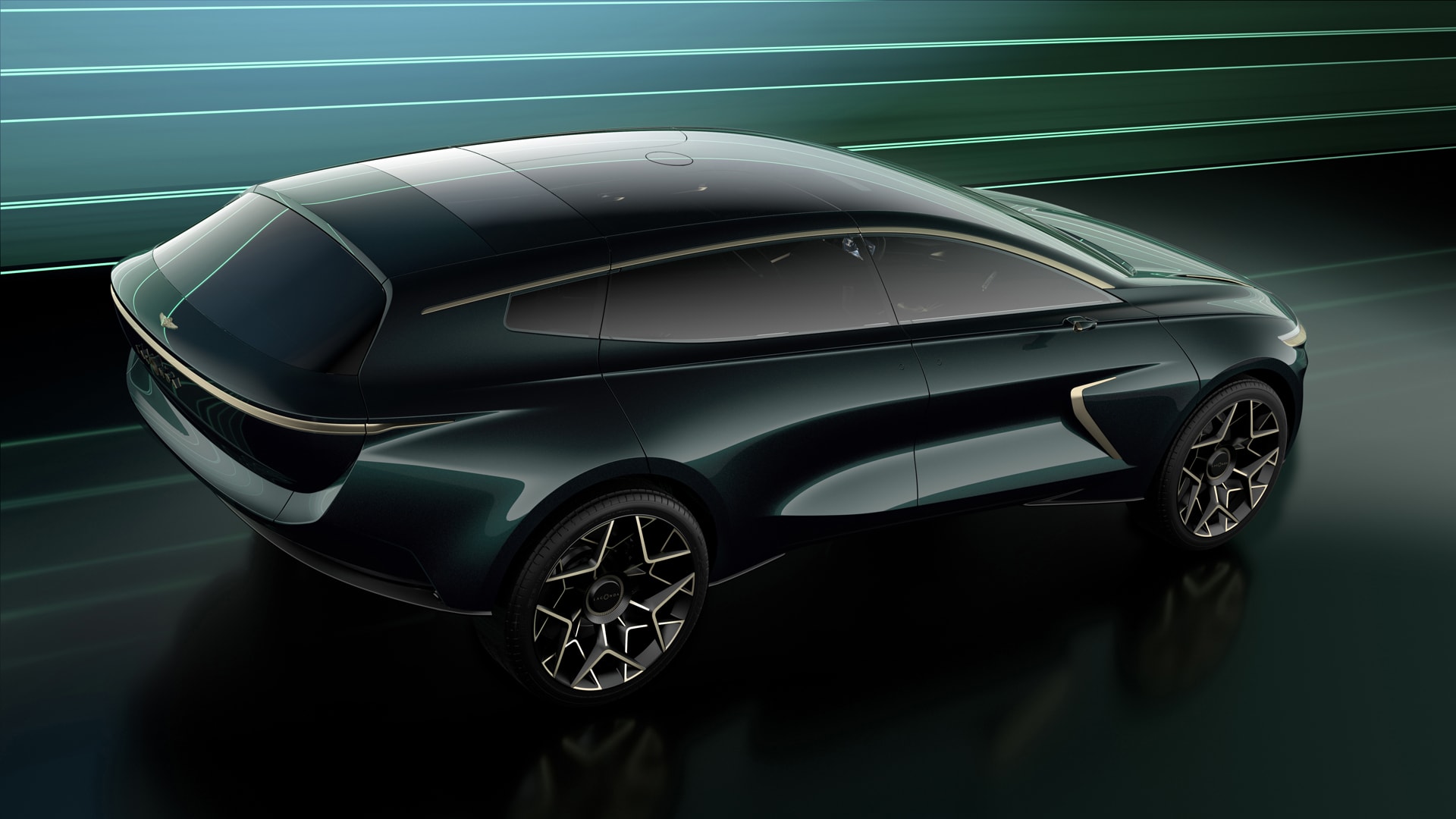 "The Lagonda All-Terrain Concept adds a hugely exciting sense of adventure to the unique brand of luxury, emission-free vehicles that Lagonda is planning to produce," said Aston Martin Lagonda President Andy Palmer in the press release. "This is a car that would be at home whisking someone straight from a glamorous red carpet event to a remote scientific research lab."

The Aston design team drew design inspiration from super yachts, which can mostly be seen in the rear-leaning tail and severely swept-back profile. The high ground clearance and chunky fenders imply a certain degree of ruggedness that's not entirely dissimilar to the Rivian R1S. In terms of other styling details, well, take it away press release.

"The surfacing is incredibly futuristic, with forms and shapes that look like they have been created by the huge, planetary forces of gravity fields."

The rear hatch is described as having a clamshell design, and it houses a thin LED strip hidden beneath a lip. This allows the light to be beamed downward and reflected out, thereby concealing the actual LED elements from the viewer. Nifty. Beyond that hatch, there's also a cargo area shelf that slides out for easier loading and serves as a platform for occupants to sit on to view the spectacular scenery Aston Martin envisions its adventurous owners will travel to.

"This new vehicle broadens Lagonda's horizons," the press release continues. "It appeals to a pioneering spirit of adventure and such is its futuristic design that could just as easily imagine it roaming the surface of Mars as a mountain in Scotland."

Surface of Mars? Good grief. Who do they think their customer is, Matt Damon? 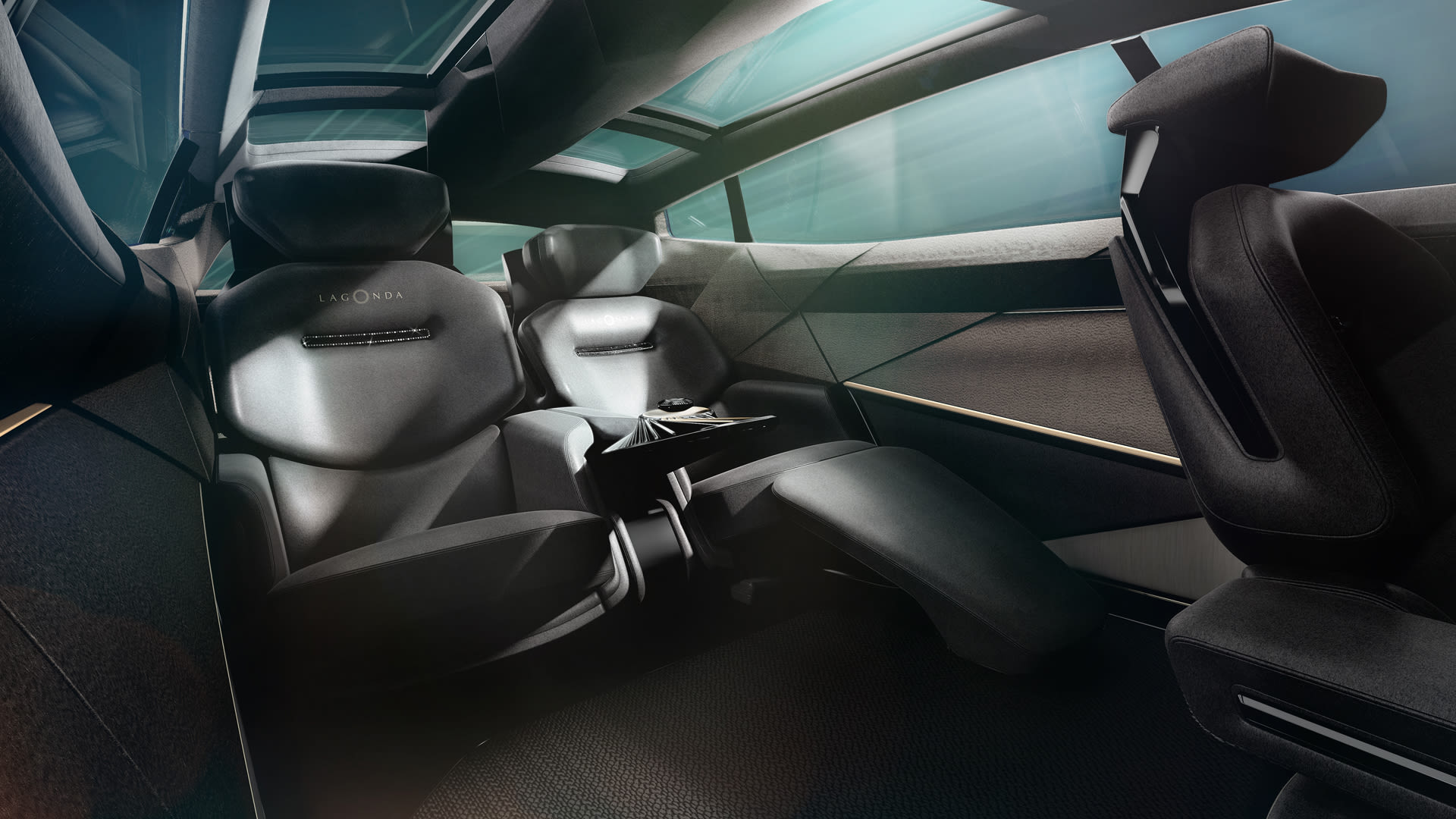 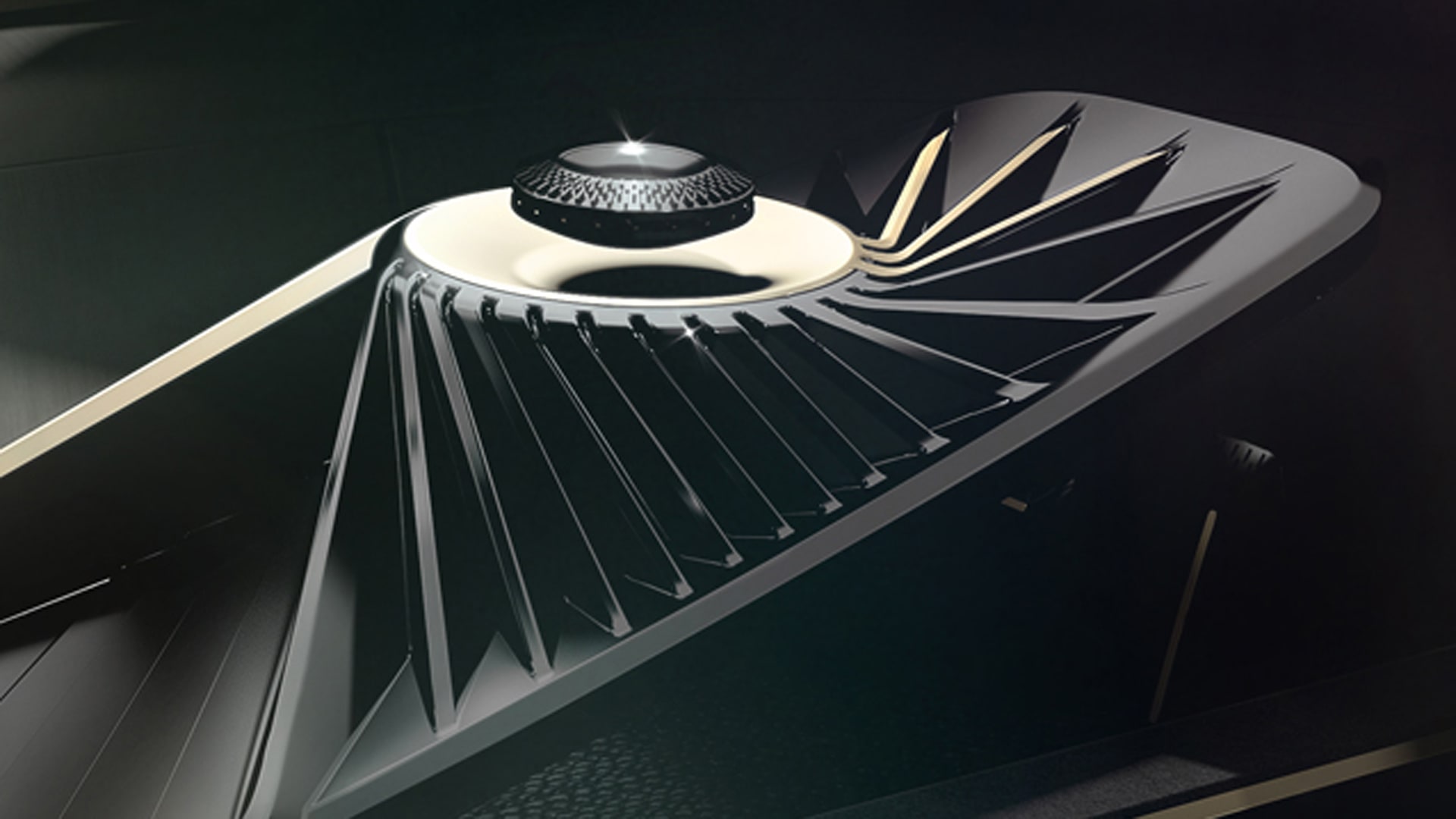 Even though, the All-Terrain Concept is more driver-focused than last year's Vision Concept, the front seats can still swivel around to create a living-room-like environment when in autonomous driving mode. The design is pure concept fantasy with minimal displays and hidden vents and speakers. One element prominently displayed, however, is the key. That little flying saucer floating about the weird fan-blade-looking thing on the center console is actually the car's key that literally is floating there "thanks to the wonder of electromagnets."

There's a similar floating thingy in the back seat, and although one would assume that isn't a key, Aston Martin doesn't indicate what it is. As for those seats, they are First Class-looking things with a fold-out leg rest that are either absolutely gigantic, or the All-Terrain Concept isn't that wide.

In terms of what the interior is made of, let's go back to the press release.

"We imagined that the owner would be a sort of pioneering yet environmentally conscious person," said Aston Martin chief creative officer Marek Reichman. "They may well have a luxury villa in a remote place that acts as their sanctuary. As such, the Lagonda brand is unconstrained by the traditional values of current luxury products, it is not about wood and leather. We tried to design the interior to feel very calm and quiet with soft, natural materials like Cashmere. Lagonda reflects a future that is full of unique materials that are not set in the past."

And when will that future be? Aston Martin says production is planned to start in 2022 at its new, second production facility in Wales that will be Aston Martin Lagonda's "Home of Electrification." As easy as it is to poke fun at the hyperbole surrounding the concept's description, this is a pretty hot-looking SUV befitting both the Aston Martin and Lagonda brands. And that green paint with gold details? Yowza.