It's 32 years old yet brand new, and it just blew by the previous sales record

The previous story appears below.

Automotive grails are expected to cost unfathomable amounts of cash, but this 8.5-mile (EIGHT!) 1987 Buick GNX could reach monetary digits not seen before. With four days still left on the Bring a Trailer auction, the GNX is already up to $100,000.

The Grand National, particularly the GNX, is one of those cars that has skyrocketed in value in the past 10 years. It's been earning payouts that put it in a rare class of General Motors vehicles typically occupied by classic Corvettes and Camaros. At the Barrett-Jackson Palm Beach auction in 2015, a 362-mile example sold for a brain-scrambling $165,000, likely the most ever paid for a GNX. Last year, the first GNX ever released to the public (VIN No. 1 and 2 were kept by the company) had 8,200 miles and sold for $126,500. The most expensive GNX ever sold on Bring a Trailer had 28,000 miles and ended at $60,000 in summer 2018.

Bidding on this example is already $40K past that, with days to go. 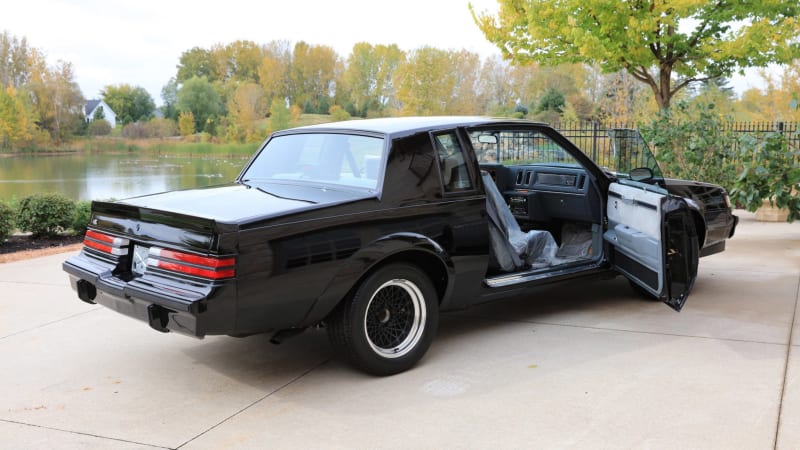 To the shock and dismay of many, this ultra-rare performance icon has been driven less than the distance of a half marathon. Its odometer reading makes it possibly the most pristine GNX on the planet. After it was originally sold in Mena, Arkansas, it simply sat on display in a Texas dealership for decades.

The seller purchased the car in 2002 and supposedly kept it in a climate-controlled environment. Plastic wrapping over the seats and door panels further the immaculate cleanliness. According to the listing, the only parts that have been replaced are the battery and a relay switch, both of which come with the sale.

In a comment on the auction, the owner shared the reason he has decided to sell the car:

Collecting is enjoyable only if you can share the collection with other people of similar mind who can also appreciate it. I am at a point in my life when the relationships, not the material possessions, mean the most to me. The time has come for someone else to own a piece of history and share it with those individuals most important in his or her life.

As Vince Lombardi so eloquently stated: "The quality of a person's life is in direct proportion to their commitment to excellence, regardless of their chosen field of endeavor." This GNX, as much as I hate to let it go, is the personification of excellence and deserves to be enjoyed by many spheres of car enthusiasts, not just my own.

GNX stands for Grand National Experimental and represents a collaboration with McLaren Performance Technologies/ASC. The base Grand National turbocharged 3.8-liter V6 was upgraded with a Garrett T3 turbocharger, a larger intercooler, and a performance exhaust for a claimed output of about 300 horsepower. It is paired with a four-speed automatic transmission with an enhanced oil cooler. McLaren also upgraded the suspension and the interior, which includes a plaque stating it is VIN No. 480 of the 547 produced that year. 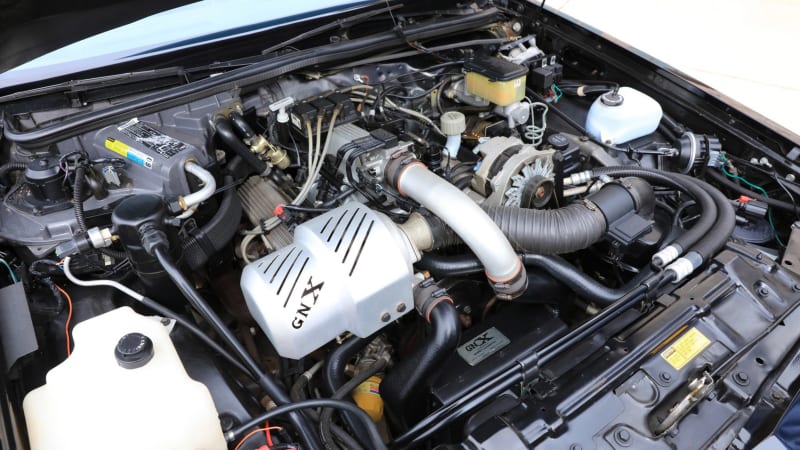 The auction is even more interesting due to the fact that it is selling on Bring a Trailer, rather than one of the popular high-end auctioneers such as Barrett-Jackson or RM Sotheby's. This gives fans and enthusiasts everywhere the chance to watch the auction live, comment, and even bid if they'd like. We'll update you with the final sale when it ends.
X