Part of an overall decline in North American sales

The layoffs will hit Nissan's Cuernavaca and Aguascalientes manufacturing facilities. The company is still determining how the cuts will be distributed across the two plants but has already begun laying off people in Aguascalientes, Herman Morfin, a spokesman for Nissan Mexico, told Reuters.

Cuernavaca builds the NP300 Frontier pickup and Versa sedan, among other models. Nissan's $2 billion Aguascalientes plant, which opened in 2013, builds the Sentra.

In a separate email, Brian Brockman, Nissan's director of corporate communications, wrote that Nissan would adjust its production levels "in response to challenging market conditions in Mexico."

Nissan attributed its decision to a "decline suffered by the Mexican automotive industry," driven by an increase in the costs of raw materials, among other factors.

In May, the Japanese automaker said it would reduce vehicle production by up to 20 percent in North America. The decision was a response to the company's declining profitability in the United States, the world's second-biggest auto market and Nissan's top market for sales.

Japanese automakers have grappled with weak sedan sales in the United States as larger vehicles such as pickup trucks and sport utility vehicles grow more popular. Nissan's sales of the Versa sedan were down 30.7 percent from January through November, compared with the same period last year. 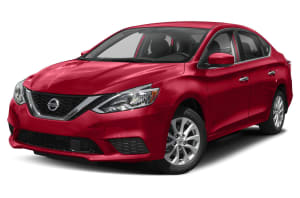