Spicier third-generation SUV gets a turbocharger and less weight

Editors' Pick
View All Specs
Add a Review
NAPA VALLEY, Calif. — If Porsche fanatics had their way, the pitchfork-wielding minority would probably have never permitted the German carmaker to release an SUV into the market. Fifteen years and more than 770,000 units later, the 2019 Porsche Cayenne ushers in a third-generation take on Zuffenhausen's biggest sporty utes, a model that has been indisputably effective in forging Porsche's long-term financial success.

Though its mildly reworked sheetmetal appears strongly related to the previous generation, much — in fact, essentially everything — is new with this latest entry-level Cayenne. For starters, gone is the naturally aspirated VR6 base engine, replaced with a single twin-scroll turbocharged 3.0-liter V6 that produces 335 horsepower and 332 pound-feet of torque, a gain of 35 hp and 37 lb-ft. The new mill, which also powers the Macan S, can launch the Cayenne to 60 mph in as little as 5.6 seconds (1.6 seconds quicker than before).

While pure acceleration isn't on my mind as I tackle some of Sonoma County's most treacherous tarmac in the 2019 Cayenne, the Ozarks-like torque plateau starts at a mere 1,340 rpm, making it awfully easy for the new eight-speed automatic to find the power's sweet spot and propel the 4,377-pound SUV swiftly through the curves ahead. The torque converter-equipped gearbox doesn't have the same snappy predictive engine speed tachometer wizardry as Porsche's PDK transmissions, but the updated 'box, built in collaboration with ZF (unlike the previous Aisin mashup) uses a wider range of gear ratios to get the Cayenne hustling quicker. Conversely, at 70 mph, the engine is spinning at a mere 1,500 rpm in top gear, a nice relaxed tempo for long-distance cruising.

More critical to the task of maneuvering through the windy bits, the third-gen car has shed 120 pounds thanks to greater use of aluminum and a lithium-ion polymer battery, which alone loses 22 pounds. Let's pause and consider an even more significant stat: the Cayenne has lightened up some 447 pounds since its first iteration, a staggering figure that speaks to Porsche's focus on continual improvement.

Also advantageous is the new model's focus on sharper handling thanks to a new multilink front suspension that replaces the old wishbone arrangement, and rear tires that are now wider than the fronts. The engine, which tucks the turbocharger into a "hot vee" setup between cylinder banks, is positioned closer to the ground for a lower center of gravity. These alterations add up to noticeable gains on mountain passes, especially when equipped with a lower-profile, 21-inch wheel combination that sharpens turn-in and overall handling responsiveness. When the adjustable dampers are set to 'Sport,' the Cayenne crisply conveys the road surface below and seemingly shrinks around the driver. The sensation is refreshing, signaling that Porsche is just as interested in keeping even its entry-level SUVs sharp-edged, just like its sports cars. We didn't get to try the Cayenne's new rear axle steering system as none of the test vehicles were equipped with the feature. But given its similarity to the hardware on Audi's Q7, the system should work well at boosting low-speed agility and high-speed stability. 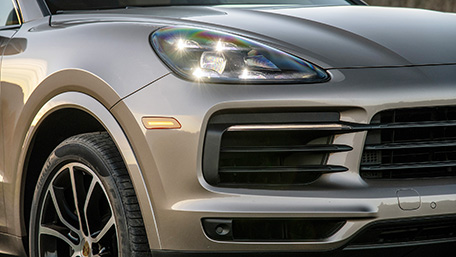 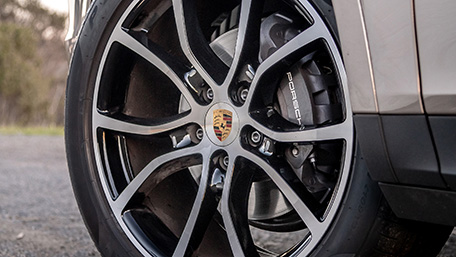 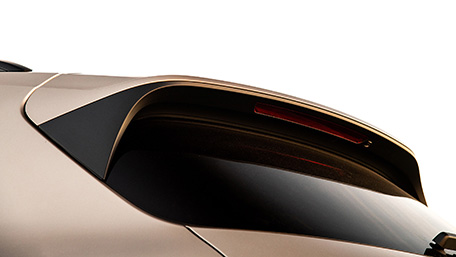 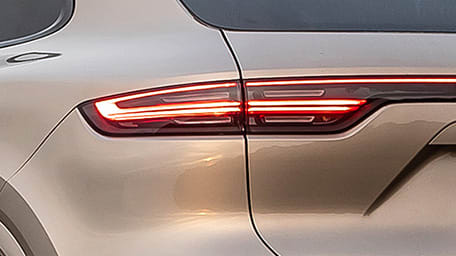 Special attention was paid to the Cayenne's brakes, specifically Porsche's newly developed PSCB (Porsche Surface Coated Brakes) system. A higher-performance $3,490 option that debuts in this SUV (of all places), the hulking 10-piston binders use a special tungsten carbide coating on the rotors that lends them a mirror finish and superior wear and pedal feel characteristics. They produce 90 percent less brake dust than steel rotors, but their cost of entry pales in comparison to Porsche's eye-opening $9,080 premium for carbon ceramics. While they can feel grabby at lower speeds, acclimating to the pedal sensitivity results in effortless deceleration that is easily modulated once you get the hang of it. The smart money is on the new setup, which offers a few of the benefits of carbon ceramics at a fraction of the cost.

Though there's some perceptible wind noise at highway speeds, the Cayenne's cabin remains generally quiet and isolated when driven aggressively. A new Panamera-derived 12.3-inch touchscreen uses proximity sensing and a customizable menu system to bring the multimedia system into the 21st century. While it pairs with the same flush, haptically operated "buttons" on its center console as it does in its sedan stablemate, the overall treatment is less extensively electronic, leaving a few sacrosanct items (like air vent direction controls) manually operated. Despite its obvious benefits, the move to touchscreens and digital displays surrounding the analog tachometer does reflect a double-edged sword: deeper menus and sophisticated functionality enable more connectedness, but something is also lost by ditching the physicality of actual switchgear with heft and mechanical feedback. 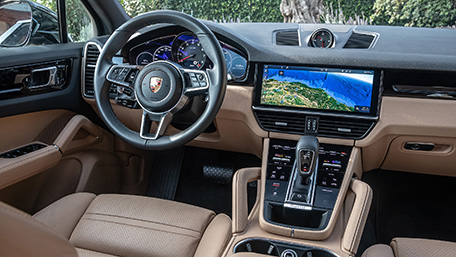 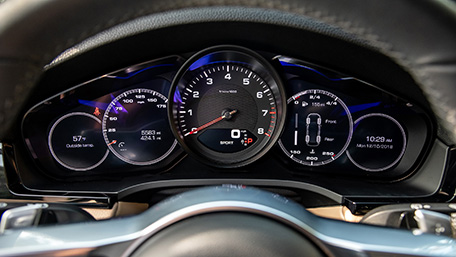 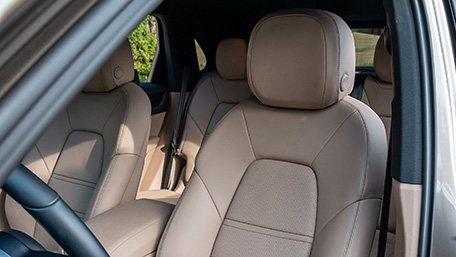 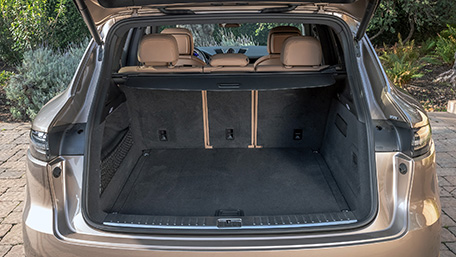 The new Porsche Cayenne might have grown incrementally — it's nearly an inch wider and offers 15 percent more cargo capacity than its predecessor — but more notable is how its driving dynamics have tightened up. The loss of the more sonorous naturally aspirated V6 is also mostly a moot point since Porsche's entry-level big SUV isn't exactly attracting the autocrossing crowd of performance purists who obsess over tailpipe burbles and pops.

While the base model starts at a seemingly realistic $66,750 (including $1,050 destination), extras will cost you dearly. Carefully equip your Cayenne, and you might be able to get away with a minimally appointed example for less than $75,000, but a properly posh example will require quite a bit of extra dough. Also, we're just talking about the base Cayenne here. A Cayenne S ($83,950) or Turbo ($125,650) will set you back even more.

If you're willing to pay the premium, though, the new Cayenne delivers precisely what cargo-hauling Porsche fanboys consistently insist they want: an SUV that satisfies the sport part of the equation while offering a level of functionality and people-moving they can't get in a 911 or 718. It may not be for everyone, but the new Cayenne's improvements go a long way towards making it future-proof against less driver-focused competitors. If you can swallow the MSRP, Porsche's Cayennes prove that speed and driver satisfaction needn't be sacrificed for utility.