Unsurprisingly, he thought it was 'sensational'

Tony Markovich
Mark Webber walked away from competitive racing back in 2016, but that hasn't stopped him from staying sharp on the track. Following his Le Mans driving days with Porsche, Webber has stayed on with the team as a representative, which means he still gets to drive all of the company's best goodies. His most recent track-day treat is the 2020 Porsche 911.

In the past, Webber has driven the 918 Spyder, 911 GT3 RS, the 911 GT2 RS, and even the Mission E Taycan, so he has an excellent sense of how Porsche's performance has been evolving throughout the past couple of years. As expected from a Porsche ambassador, Webber says his first drive of the 2020 911 was "sensational" and that the car lives up to expectations. 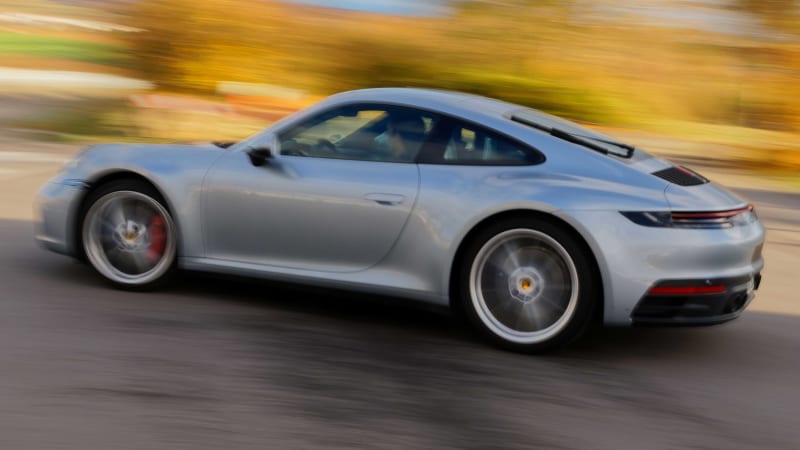 Webber points out numerous advantages of the redesigned classic, which is set to debut at 8 p.m. Pacific tonight in Los Angeles. He likens the wider front track to that of a GT3 spec and notes it's the widest track Porsche has ever had on a 911. He also says the longer wheelbase keeps the car nice and stable "if you want to do 330 kph in this baby on the Autobahn" (we don't recommend it).

Beyond the size and stance of the car, he says he also enjoyed the new rev counter, the updated selector, the new aero functions, and the moisture sensors in the wheel arches that help detect conditions for the traction and stability systems.

This video is one of our best looks at the new 911 yet, showing the evolutionary design of the coupe's storied shape.