Honda Passport teases before its reveal at the L.A. Auto Show

It will be designed and built in America

Joel Stocksdale
Honda has finally confirmed that it has a fourth SUV coming, and it does indeed revive the Passport name, which if you don't remember used to be appended to a rebadged Isuzu Rodeo. The company announced this with some teaser images of the new SUV. The two images obviously don't give a whole lot away, the first with the car obscured in dust, and the other demanding some mythical zoom-and-enhance movie magic to see it clearly. 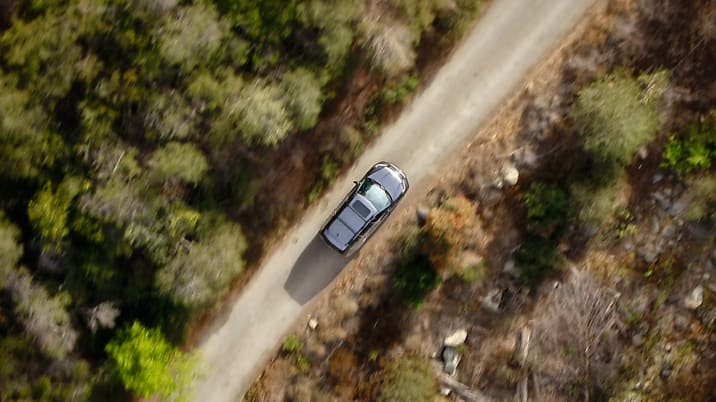 However! Our strained, experienced eyes do see some details that give us an idea of what it will look like. Basically, it's going to be a shortened Honda Pilot. The window line of the dusty truck and the crease along the door handles look just like that of the bigger Pilot. The bird's-eye view also shows a general grille shape similar to the wide, chrome-laden fascia of the Pilot and the Ridgeline.

Additional evidence to support this theory is the car's point of origin. Honda proudly touts that the Passport has been designed and developed in the United States. In addition, it will be built at Honda's factory in Lincoln, Ala. That factory also builds the Honda Odyssey, Pilot and Ridgeline. Even if its styling is different in some way, it seems very likely that it will share the same platform as the Pilot and Ridgeline, and probably the same naturally aspirated V6 and at least one or two of the transmissions featured on those vehicles.

For reference, the Pilot is available with either a six- or nine-speed transmission, while the Ridgeline only has a six-speed unit. The Odyssey can be had with a nine-speed or a 10-speed. We should know all the details when the Passport is unveiled on Nov. 27 just before the start of the L.A. Auto Show.