Here's your chance to own a 261-mpg Volkswagen XL1

It's the world's most aerodynamic production car

Usually limited-run production cars with six-figure pricetags boast incredible power and handling prowess, but not the quirky little Volkswagen you see here, which will be auctioned by Silverstone Auctions in the U.K. This is the 2014 VW XL1, a coupe designed purely for maximum fuel economy, and it sure succeeded by being super light, super aerodynamic, and having a super efficient powertrain. Combined, it helped the car hit a claimed 261 mpg on the European test cycle.

The whole car weighs just under 2,000 pounds, and that's thanks to loads of lightweight materials. The body is made of carbon fiber, the wheels of magnesium, the suspension components of aluminum, and the brakes of carbon ceramic. That carbon fiber body also has a coefficient of drag of just 0.189. For reference, the highly efficient Hyundai Ioniq only manages a drag coefficient of 0.24. Then there's the powertrain, an 800-cc two-cylinder diesel engine coupled to an electric motor. Total output is just 78 horsepower, but VW did claim it had a top speed of around 100 mph and a 0-62 mph time of 12.7 seconds.

The XL1 is an extremely rare car, too. When introduced, Volkswagen decided it would build just 250 production models, all of which were sold only in Europe. Only 30 of them were sold in the U.K., where this example is being offered. It was expensive, too. In the U.K., it cost the equivalent of about $170,000, and about $150,000 in Europe.

As such, this model, estimated at between $120,000 and $150,000, is only slightly cheaper than new. But it is practically new, with just 79 miles on the odometer. And considering its rarity and significance, it's likely to hold its value into the future. 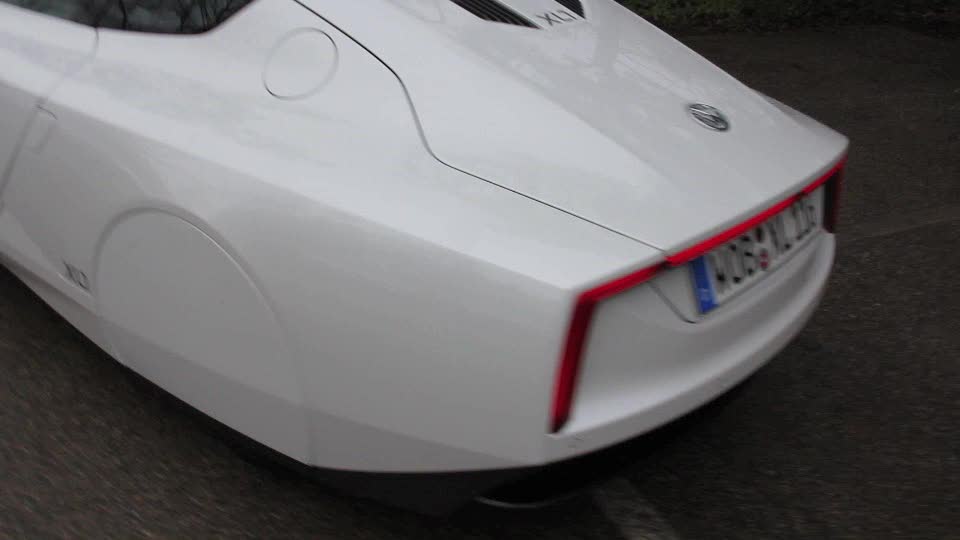