Mercedes-Benz gives us a look at the EQC interior

Another day, another teaser — but this one is pretty clear

John Beltz Snyder
Yesterday we saw the Mercedes-Benz EQC's " Mystic Rear." The day before, we saw the upcoming electric crossover's LED signature lighting. Today, Mercedes is teasing the "Mystic Interior" of the first vehicle in its EV sub-brand.

In the brief clip, the shot zooms in on the darkened dash in front of the driver's seat. Then, displays come alive, buttons illuminate and soft blue interior lighting give the cabin a cool, gentle glow.

It looks fairly familiar. The car EQC uses a similar double display for the instrument panel and infotainment screens, much like other Mercedes vehicles recently released. This one stands alone as a monolith, rather than being tucked inside the dashboard. In front of the driver, there are two circular digital gauges, the one on the right showing "Power." Above the center stack, the infotainment screen shows a "Comfort" setting on the left, and "Mercedes me & Apps" on the right. In the top left corner, next to the home button, we see the name "Anna," suggesting the car can automatically set preferences based on the individual driver.

We'll probably see at least a couple more of these teasers before the EQC's official reveal in Stockholm on Tuesday. We'll be curious to see what Mercedes decides to show is next. If you're anxious to see more, check out our most recent spy shots of the EQC. 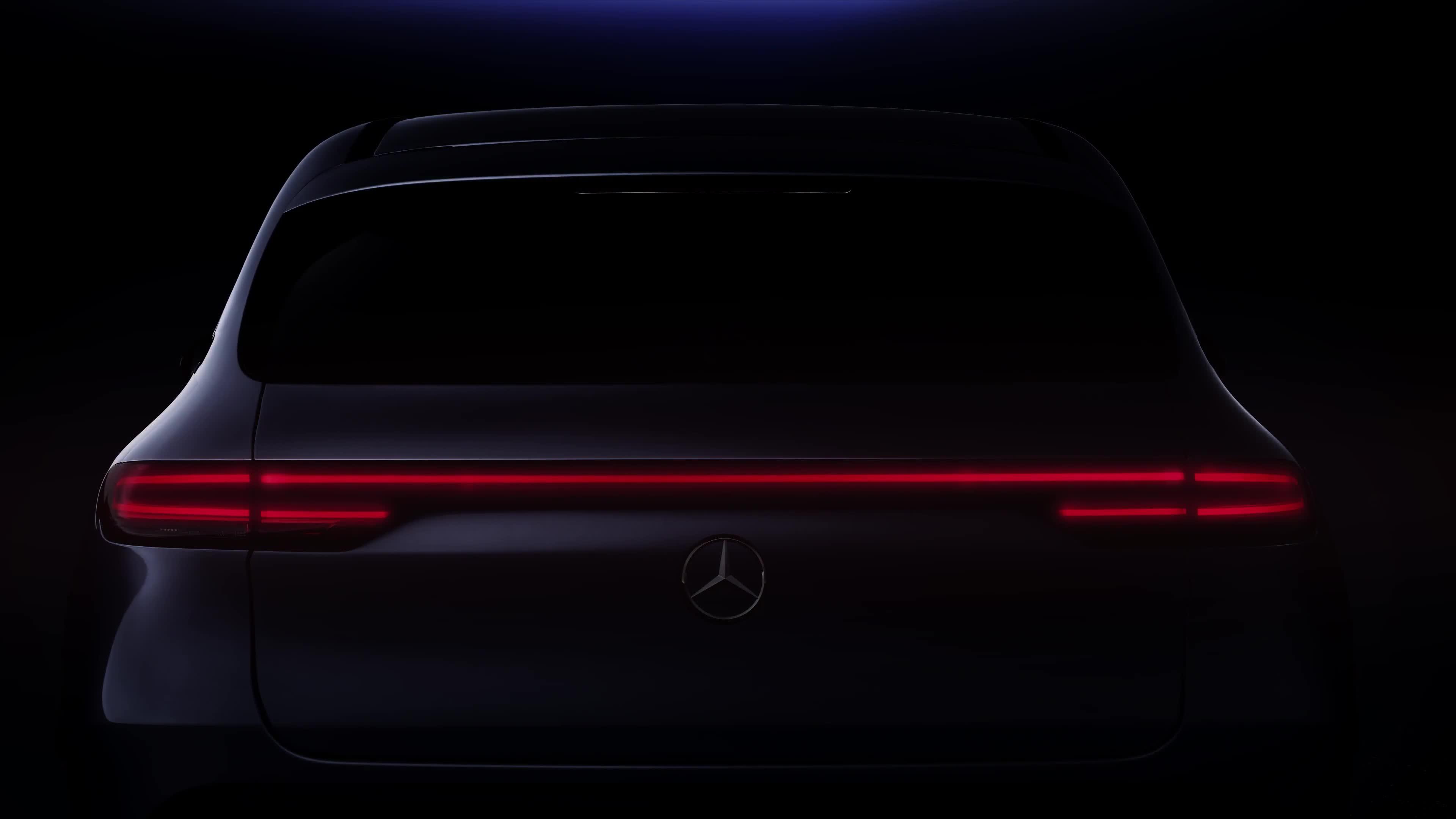