Brothers from a different automaker

Dan Trent
GROßBRITANNIEN — No car matches the new Aston Martin Vantage as closely as the Mercedes-AMG GT, the two sharing both their 4.0-liter twin-turbocharged V8 and electrical architecture while competing for the same market niche. So, of the many challenges Aston Martin faced when developing it, ensuring that the Vantage had a unique identity must have weighed more heavily than any other. The added spice to this confrontation is the GT's status as halo model for AMG. Meanwhile, Aston Martin's brand identity, built on the sharp-suited machismo embodied by a certain big-screen spy, is a make-or-break issue for the company.

The identity problem has fascinated me since the AMG deal was first announce in 2013. So exploring the Vantage on British roads with the GT literally filling the mirrors is a big deal. Now, finally, we have directly competing products with which to explore the theory. And there's much to like in both, not least of which is that common powerhouse of an engine. While they don't share a platform, both use the classic front-engine, rear-drive, transaxle layout, with traditional driving manners to match.

Some quick number-crunching as an appetizer: The AMG GT C you see here has the dry-sumped M178 derivative of the V8, with 550 horsepower and 501 pound-feet of torque, driving the rear wheels through a transaxle-mounted, seven-speed dual-clutch transmission and fully active electronic locking differential. It's 179 inches long, weighs 3,748 pounds and will clear 0-60 mph in 3.6 seconds en route to 197 mph. 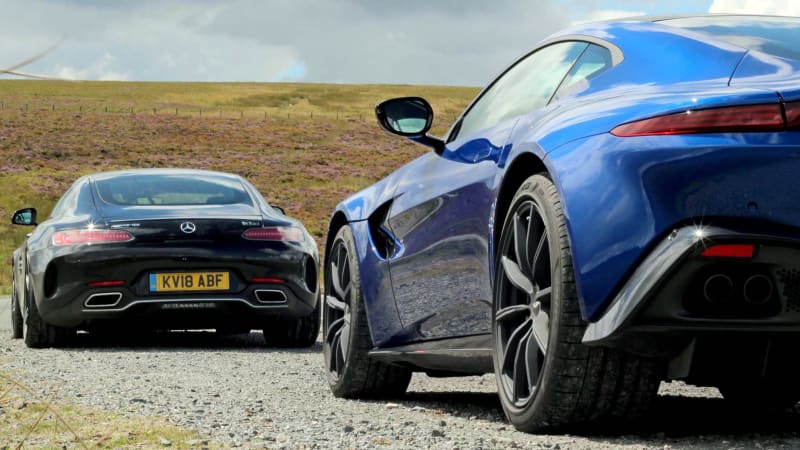 The Vantage has the wet-sumped M177 version of the same engine, as featured in countless AMGs and shared with the DB11 V8. It makes 503 hp, 505 lb-ft and drives the rear wheels through a transaxle-mounted, eight-speed automatic gearbox and fully active electronic locking differential. Sounding familiar? It's comparable in overall length but a couple of inches longer in wheelbase, and weighs pretty much the same as the GT C, give or take a few pounds. It hits 60 in 3.5 seconds and tops out at 195 mph. Both have adaptive dampers and a variety of driver modes, both are built from aluminum and both are at the sportier end of the GT spectrum. The two U.K.-market cars you see here cost just more than $180,000 with options. Pretty darned close, then.

Numbers are one thing. But I'm keen to get a handle on how Aston Martin went about making a crate engine its own, so I put a call into Matt Becker, chief engineer and the man whose signature is all over the way the Vantage drives. First question: How much could they do to the engine itself?

"In terms of power and torque numbers, we were ring-fenced by AMG," he explains. "But the Vantage has the closest integration between calibration and dynamics teams of any project I've worked on here — and, between us, we were able to optimize things like shift feel and throttle-pedal calibration, so the car felt homogenous." 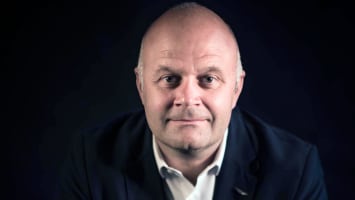 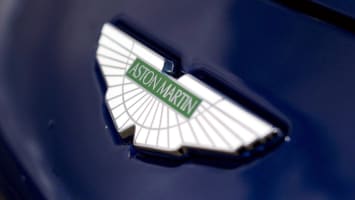 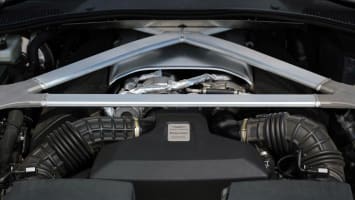 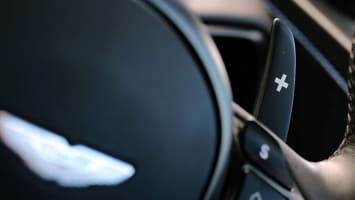 Any specific examples? "I always get asked about dynamics because that's my specialty, but it's also about the sound, character, ergonomics and that kind of thing," says Becker. "We worked hard on stuff like making sure the throttle input is equal to the oversteer output and there's a nice, linear response in all the controls. The Vantage is a playful car, so what you don't want is too much torque at the top of the pedal. If you do that, it breaks away too quickly; that's very hard to balance on the throttle. It's all in the electronics tuning; it gives us huge scope." Likewise the electronic locking differential, a new addition to Aston Martin's armory.

In an emotive car such as this, sound tuning is also important. Becker says the engineered pops and bangs are "more random" on the Vantage compared with the more orchestrated ones favored by AMG. And despite the fundamentally similar weight distribution and layout, Becker says there was still room to play with the balance. 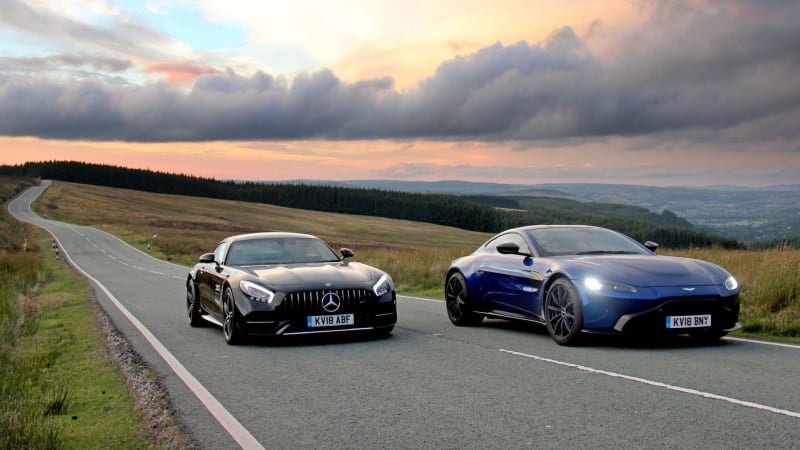 "I like a central yaw feel in a car, where the GT rotates more around its rear axle," he says. "I wanted the Vantage to rotate around your hips in a more instinctive way that lets you feel both ends of the car."

As an ex-Lotus man, Becker brings with him a natural feel for ride quality that translates well to the rest of the world. "We test all over the place, not least at the Nürburgring," he says. "But we often find that when we get back from the 'Ring and test on British roads, the cars feel a bit tough." The bumps, cambers and variable pavement found on a typical English B-road will be familiar to anyone who's sessioned canyon roads, showing that these settings translate well to American roads, too.

So goes the theory. Time to hit the road. 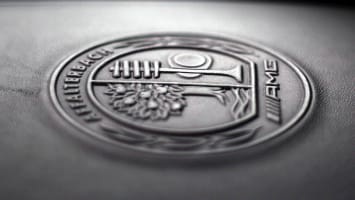 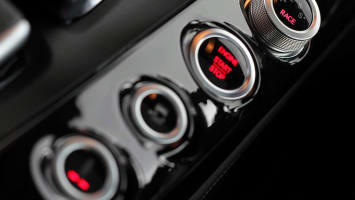 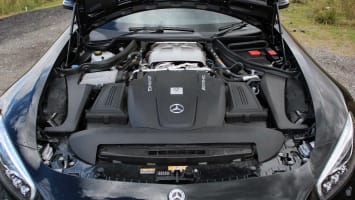 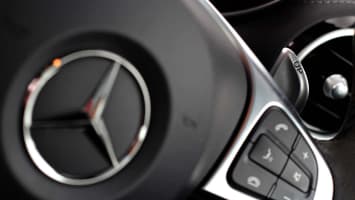 While not everyone digs the GT, I've always liked it and feel that the GT C is the sweet spot in the range. It has the more powerful engine and GT R-inspired wide-body stance with the rear-wheel steering, but, relatively, it's more of an all-rounder. Like the SLS on which it is based, the weird sensation of sitting on the rear axle with a long hood in front of you means you feel the bumps as you might on the back seat of a bus. And there's an odd disconnect with the front wheels, given your distance from them and the lightness of the steering. While the Aston Martin uses electrically assisted power steering, the AMG is hydraulically assisted but actually feels less natural, the influence of the rear-wheel steering requiring further acclimatization.

Boy, does it punch hard, though. With lower compression and more boost, the extra power makes its presence felt at the top end, at which point the AMG lights the afterburners and puts in significant ground. The dual-clutch gearbox is faster, too, downshifting decisively with a rude ripple of overrun bangs and pops. Once you dial into the steering, it's a car with real flow, too, cornering flat and hard with superb traction. It all but hammers the road into submission, even if the sportier suspension settings are best saved for the track and tire noise is intrusive.

For all the on-paper similarities, the Vantage has a different feel and character. Where AMG favors traditional V8 thunder, Aston Martin has contrived a more sophisticated sound – a flatter, more hollow tone cleverly simulating that of the previous, naturally aspirated V8. Torque convertor auto or not, the eight-speed responds crisply to the big, column-mounted paddles, especially in Sport+ and Track modes. You can select these independently of damper settings, too, meaning you can run Track engine and soft dampers if you wish. A similar compromise can be contrived in the AMG via the Individual mode. 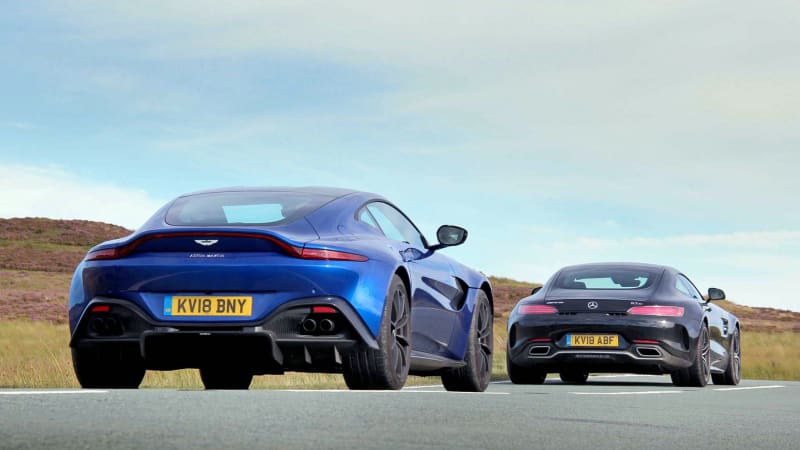 The Vantage pitches and rolls more than the GT C, but is also more comfortable because of this. Overall body control is exemplary and — as Becker promised — in harmony with throttle, brake and steering inputs for a cohesive and responsive feel. There's real aggression in the Vantage's looks, sound and character, but also a calmness under duress that perfectly fits the British values the brand has always traded on.

Is there a winner? True to its style, the AMG punches harder and carries the polish of its Mercedes breeding. But the Aston Martin hits back with poise, character and a deftness of touch that the German car can't match. Whichever you prefer, that both parties emerge from this deal with respective honor — and identity — intact is perhaps the best of both worlds. 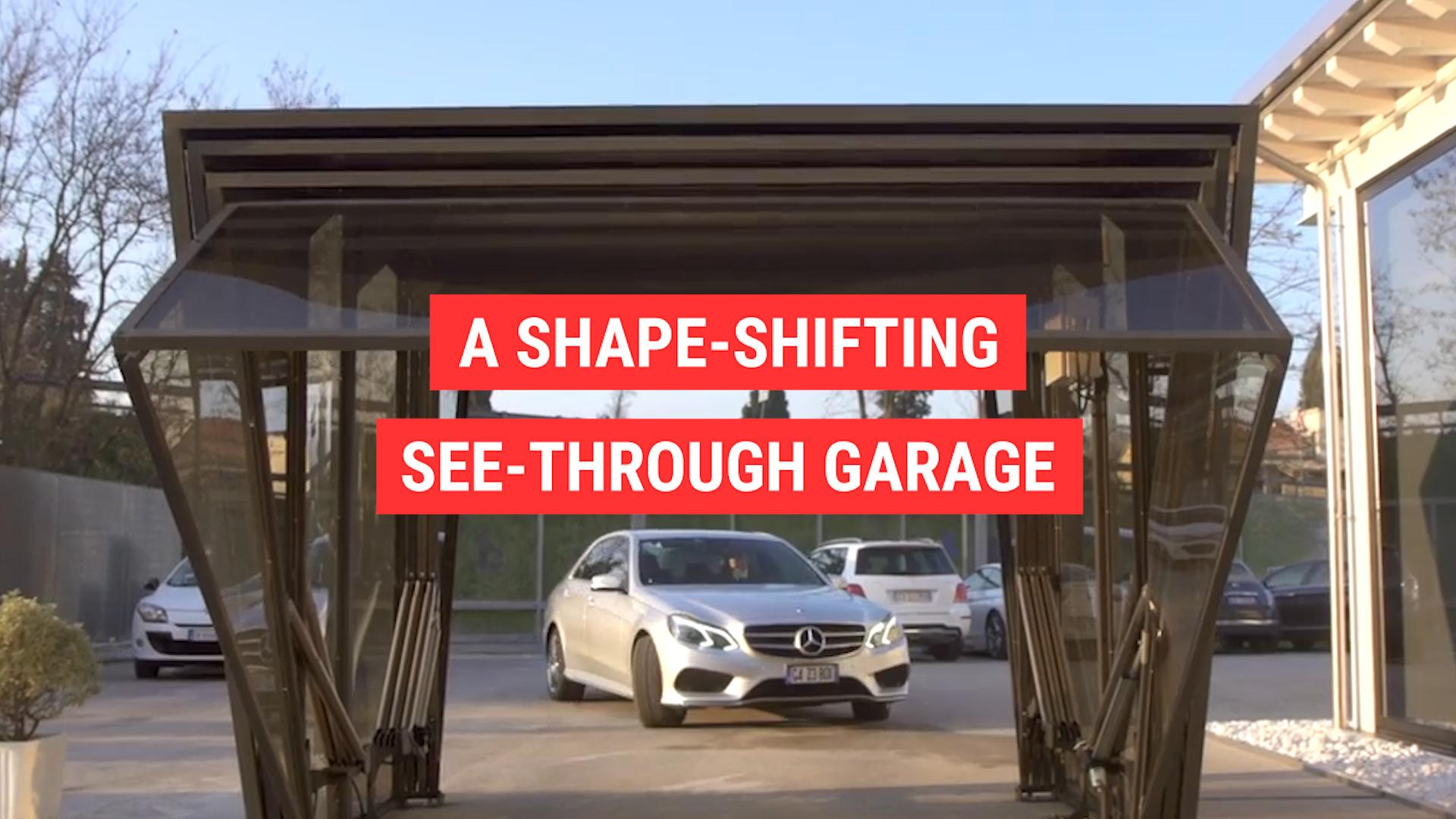