It leans, it grips — it even jumps BIRMINGHAM, Ala. — Mercedes-Benz is putting the finishing touches on the next-generation GLE-Class midsize luxury crossover SUV. We've seen it in spy shots several times now, and it's not coming a moment too soon, since the current model has been around since 2011. And before it debuts as the 2020 Mercedes-Benz GLE-Class, we were given the opportunity to get a sneak peak at the car and experience some of its fancy new driving technology.

Except we wouldn't be able to drive it. We were only going for rides. On top of that, Mercedes was only going to tell us about two key features, the newly available "Magic Body Control" hydraulic suspension adapted from the S-Class, which is the first use of the system in a Mercedes SUV, and the new four-wheel-drive system.

This situation was a bit annoying at first. After all, there's only so much you can tell from riding in a vehicle, and you really must drive one to get a true feel for it. This feeling persisted upon arriving in Alabama and riding down to Barber Motorsports Park where we found the test vehicles, GLE 450 models, wrapped in black-and-white vinyl in the shade of the trees surrounding the off-road trails. Fortunately, things got more interesting as the rides began and the engineers began to explain the capabilities of the SUV. 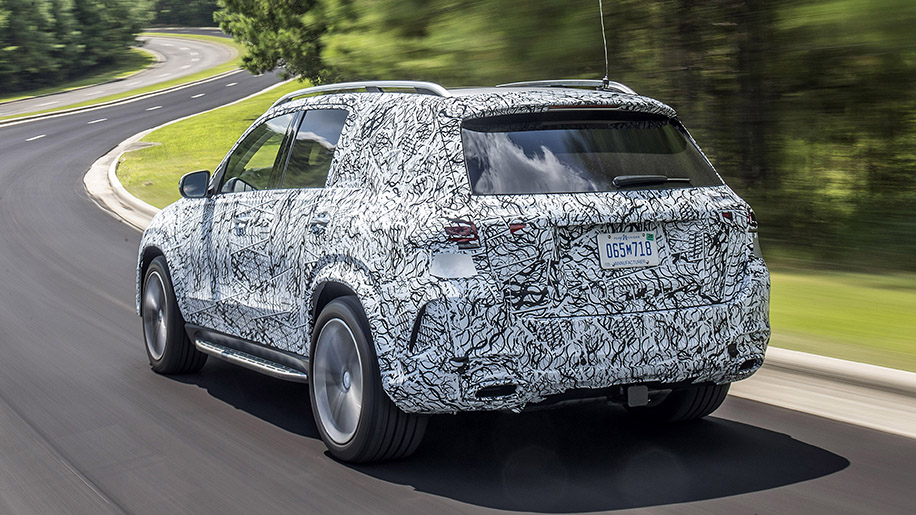 We were out by the trails because we were going to start with some off-roading. This of course is something few GLE-Class SUVs will experience, but I was curious what the engineers had in store. And from the sound of it, the SUV was going to be more capable than expected.

As the Mercedes engineers explained, the Magic Body Control suspension system has a few other advantages for off-roading. The suspension has no anti-roll bars, which means the wheels aren't tied to each other, allowing for greater articulation over obstacles. Ride height is also adjustable, and because each corner can be independently adjusted, it's possible to level out the vehicle over some obstacles. The engineers also demonstrated one of the suspension's most impressive party tricks in a mode called Free Drive. It allows the car to start raising and lowering repeatedly and quickly, almost jumping. The idea is that in deep sand, this helps to get sand to slide underneath the tires and eventually work the SUV out of the sand. The engineers demonstrated this on dry ground, and it was pretty amusing to see. It would surely merit second looks from your local lowrider meet. You can see it in action in the sand in the video below.
The four-wheel drive system seems like it'd be overshadowed by the Free Drive system, but it turns out the drivetrain has its own tricks. It features an electronically controlled clutch on the center differential for adjusting power fore and aft. It also can shuffle power left and right by using the brakes on each corner.

Together, these two systems make the GLE-Class far more adept off-road than it will seem when it's parked at Whole Foods. We hopped into a GLE 450 equipped with an available off-road package that fits all-terrain tires and skid plates. The engineer driving took it along a mild trail with a handful of rocky points and steep grades. It also had some particularly tight turns that the SUV managed to twist around without any trouble, which the engineer credited to the fact that GLE-Class never permanently locks any of the differentials.

Again, this was a fairly mild trail, and I have no doubt there are plenty of other SUVs and trucks that would be able to handle it without any real trouble. But what did stand out was that the Mercedes was still quite comfortable. Even though we were moved around plenty in the cabin, it wasn't kicking or bucking like a stiff off-roader might. Also impressive was how the GLE maintained traction. While other SUVs might end up with some tire slippage and scrabbling for grip as the traction control system sorts out where to brake, the Mercedes worked its way around completely drama-free. The engineer would simply press the gas, the car would sort out how to distribute power, and it would drive away as though it were glued to the dirt. 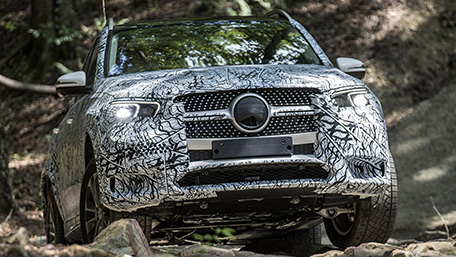 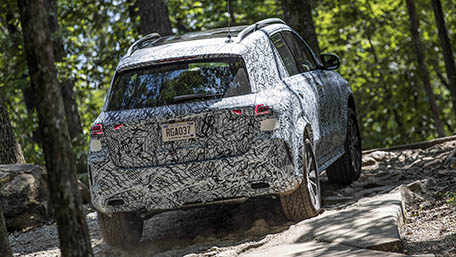 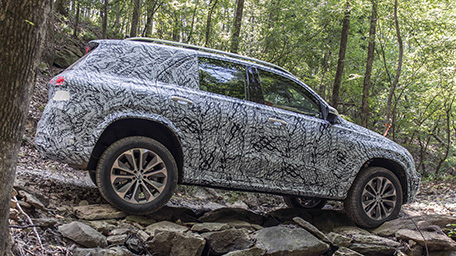 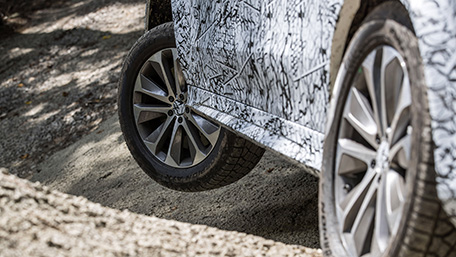 This particular feature was most impressive on the man-made obstacle course we drove on next. We descended a slope that reached just past 50 degrees toward the bottom. The engineers stopped the SUV at the base of the slope where it was steepest. He then shifted into reverse on the slope, and then drove backwards up it. Again, there was no slipping or struggling. It simply ascended. There was also a steep pile of gravel we pulled up onto, putting two wheels in the air, and again, the car perfectly adjusted power to drive away without a drop of sweat.

Impressive as all this was, the arguably more important part was next: the on-road section. Out here is where the GLE 450 would show off another fancy trick called "Curve" mode, also shared with the S-Class, that leans the vehicle into turns. It's actually a substantial lean, too. Compared to the current-model GLE Coupe Mercedes provided for a bit of comparison, I could see the "Curve mode"-equipped GLEs drop into the turns. The eerie part is that this is exactly the opposite of what experience and physics tells me a car should be doing in a corner. Fortunately, when in the car that's doing the leaning, the effect is much more subtle, and quite pleasant. It counteracts the feeling of being pushed to the side of the car that's on the outside of the turn, and it also makes the SUV feel a bit more nimble than its size implies. And of course, the ride was quite comfortable, though part of that may have been due to Alabama's flawless pavement. 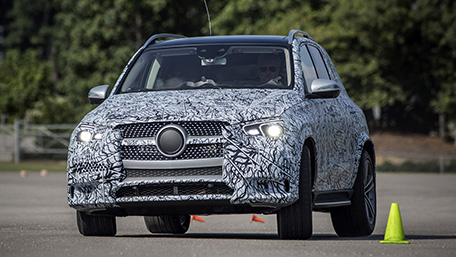 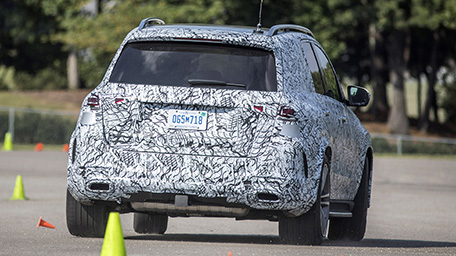 The ridealong was capped off with a blast around an autocross course. Here, the engineer left the SUV in Sport mode, which doesn't do any of the fancy proactive leaning. Instead, the suspension simply does what it can to keep the body from rolling too much. The reason for this is that in fast cornering and rapid course corrections, having the car try to shift its weight at the same time could make it hard to maintain control. In fact, in such situations, the SUV will stop doing the leaning even if it's in Curve mode. From the passenger seat, the SUV felt agile, and body roll was only ever hinted at. Of course there are other factors that will determine just how sporty the SUV feels that we couldn't experience from the passenger seat, but it seems promising.

There is one other caveat to all of this. The Magic Body Control suspension isn't standard on every GLE-Class. It will be a top-spec feature. Other GLE-Class SUVs will be available with either air suspension or conventional shocks and steel springs. Naturally, the experience of these GLE-Class SUVs will be different than this model. Still, if Mercedes can maintain the spirit of these high-level test cars in the lower model ones, it should have an impressive SUV on its hands, and we're looking forward to trying the GLE out in more detail.