All your Sentra questions, answered The Sentra has been a fixture of the Nissan stable since 1982, part of the early wave of fuel-efficient Japanese imports and first introduced as a replacement for a model from Nissan's old Datsun brand. Now in its seventh generation, the compact Sentra, categorized as a midsize sedan, jockeys with the larger Altima for top-selling Nissan passenger car and has been holding its own in the shrinking sedan segment.

Nissan offers the Sentra in S, SV, SR and SL trim levels, plus the SR Turbo and NISMO performance models, and a choice of eight colors. All models come with its Xtronic continuously variable transmission, while the S, SR Turbo and NISMO are available in a manual for fans of stick shift.

Updates for 2018 are minor but include automatic emergency braking, rear-view monitor and 5-inch color display with streaming audio via Bluetooth and Siri Eyes-Free.

With this buyer's guide, Autoblog aims to help you make an educated decision about whether or not to buy the 2018 Nissan Sentra. We'll touch on safety and reliability ratings, engine specs, horsepower, fuel economy ratings and pricing. And we'll conclude with a summary of Autoblog's most recent test-drive of the Sentra. 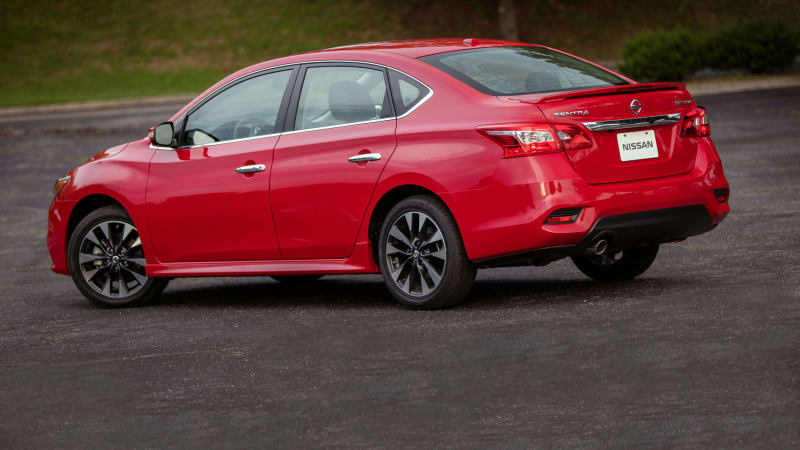 In crash testing, the 2018 Nissan Sentra gets an overall rating of four out of five stars from the National Highway Traffic Safety Administration. It further gets four-star ratings for front- and rollover-crash protection, while NHTSA gives it five stars for side crash protection.

The Sentra earns "good" ratings nearly across the board from the Insurance Institute for Highway Safety, which conducts its own series of crash tests and evaluates measures like driver- and passenger-side small overlap front crashes, which replicate what happens when a vehicle clips an object on either of its front corners. It gets a "poor" rating for its headlights, however, which is one of IIHS' newer areas of focus and one where many models have suffered in its ratings.

Ratings may differ for Sentras from other model years. Be sure to visit the NHTSA and IIHS websites to review ratings on the specific vehicle you're researching.

Is the Nissan Sentra reliable?

J.D. Power's most recent ratings are for the 2017 Sentra. It gave the car three out of five stars — "about average" — for both overall quality and overall performance and design. It awarded the sedan four stars — "better than most" — for predicted reliability.

A quick note that Autoblog has raised some concerns with how J.D. Power weighs serious and less-serious reliability issues. You can read about that here.

According to the National Highway Traffic Safety Administration, there have been no recalls of the 2018 Nissan Sentra. 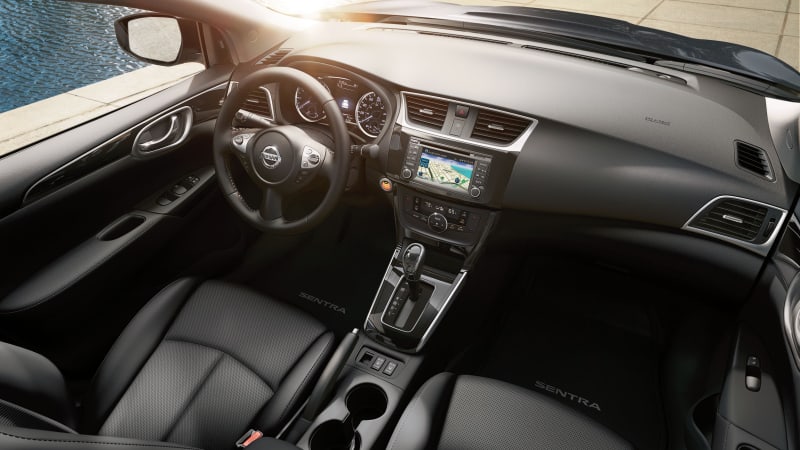 How much interior and cargo room does the Nissan Sentra have?

Cargo volume in the trunk is 15.1 cubic feet.

All Sentra models, save the SR Turbo and NISMO, come with a 1.8-liter four-cylinder engine that generates 130 horsepower and 125 pound-feet of torque.

The engine powering both the SR Turbo and NISMO is (surprise) a turbocharged 1.6-liter four-cylinder. It kicks output up to 188 horsepower and 177 lb-ft of torque. 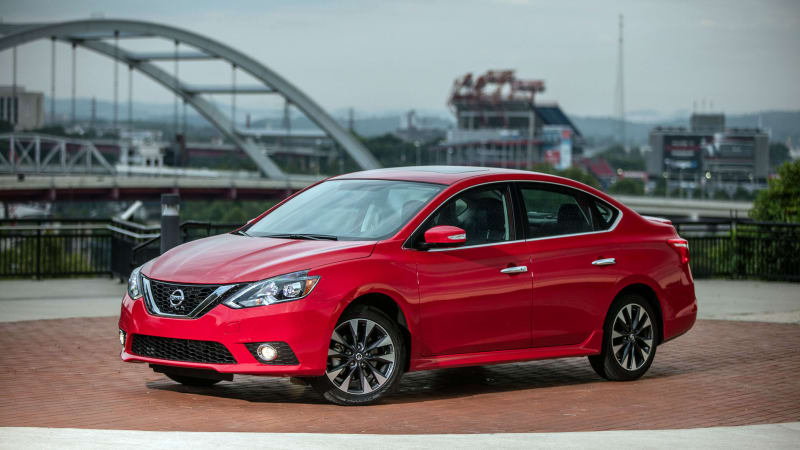 How fuel efficient is the 2018 Nissan Sentra?

Fuel economy varies slightly between the six-speed manual and Xtronic continuously variable transmissions. The latter is the most fuel-efficient, offering 29 miles per gallon in the city, 37 on the highway and 32 mpg combined. The manual-transmission version offers 27 mpg city, 35 highway and 30 combined.

How much does the Nissan Sentra cost?

Use Autoblog's Smart Car Buying program powered by TrueCar to search out competitive local pricing and savings on the 2018 Nissan Sentra. 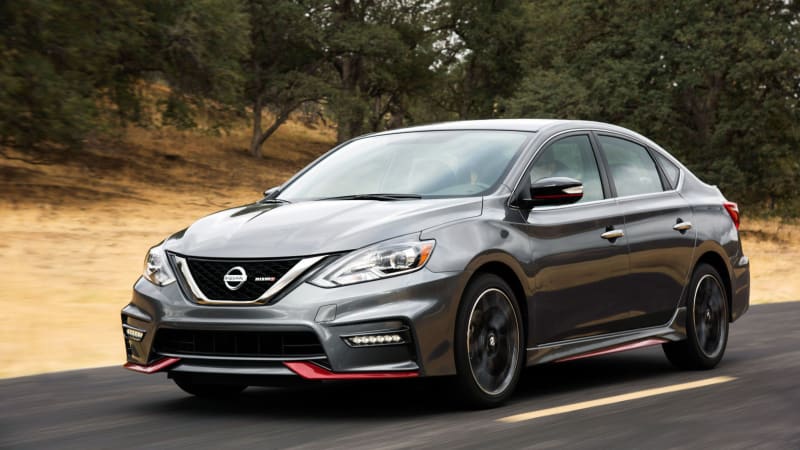 Autoblog last reviewed the 2016 Sentra, which isn't materially different from the 2018 model in most respects. Reviewer Steven J. Ewing wrote that while competitors like the Honda Civic and Mazda3 offer more value for slightly more money, the Sentra "looks better, it's quieter inside, and you can get it with more goodies" than its predecessors. "It's definitely not the enthusiasts' choice, but in the compact class — and especially for Nissan — that doesn't really matter." 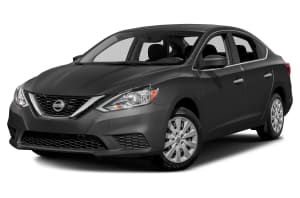