2019 Mercedes-Benz A-Class L sedan revealed: How it isn't a CLA

Joel Stocksdale
Though Mercedes kicked off its Beijing Auto Show reveals with the extravagant Mercedes-Maybach Ultimate Luxury crossover sedan, it balanced things out with the reveal of the entry-level Mercedes-Benz A-Class L sedan. As you would expect, it's effectively a sedan version of the recently unveiled A-Class hatchback, meaning that from roughly the A-pillars forward, it's the same car. Behind that point, Mercedes removed the hatch in favor of a trunk, and also added 2.4 inches to the wheelbase, hence the L designation. In this way, it combines two key things Chinese buyers like: a sedan and a spacious rear seat.

Mercedes made it clear that this long-wheelbase variant of the A-Class is specifically for the Chinese market, and it will also be built in China. But it does give us our first glimpse at the normal-length A-Class sedan that will appear in other markets, including our own. Basically, imagine that rear door a little shorter in length and more akin to the current CLA's, and voila.

Ah, but what about the CLA? Well, as a Mercedes representative confirmed to us, the CLA will be a separate model to the new A-Class sedan. But what will distinguish these two tiny sedans? Simply take a look at the A-Class sedan below and spy photos that came in earlier this year of the next CLA, to get an idea of the differences. 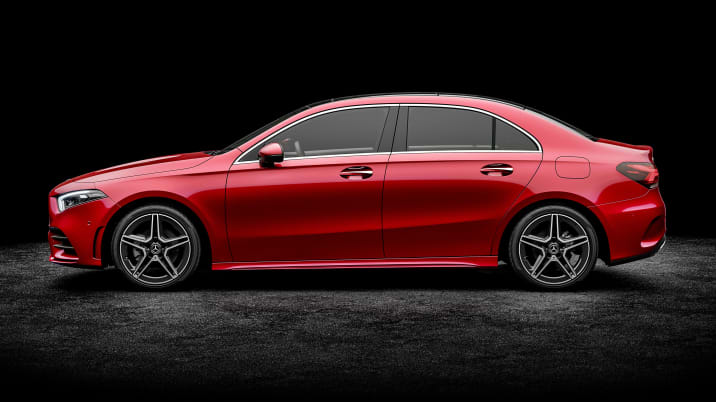 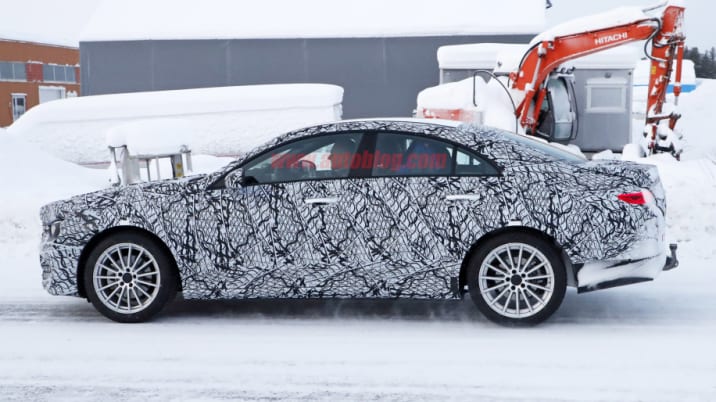 From the profile view, it's easy to see that the roofline is significantly more sloped than the A-Class sedan, even if it were slightly shorter and sleeker. It's especially evident in the C pillar (note the A's headroom-friendly kink), and in the windows that have a fast arch downward and high sills. 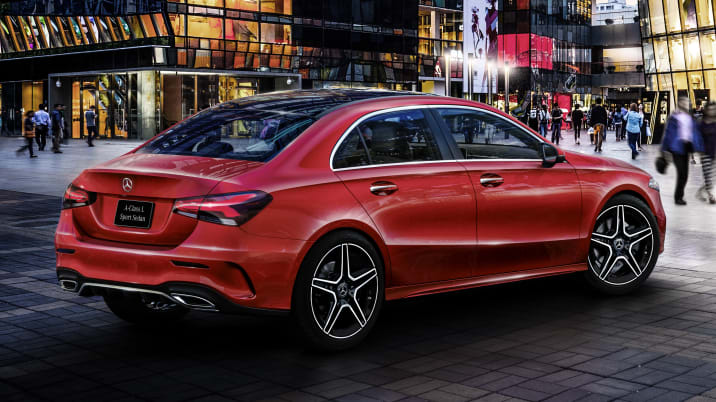 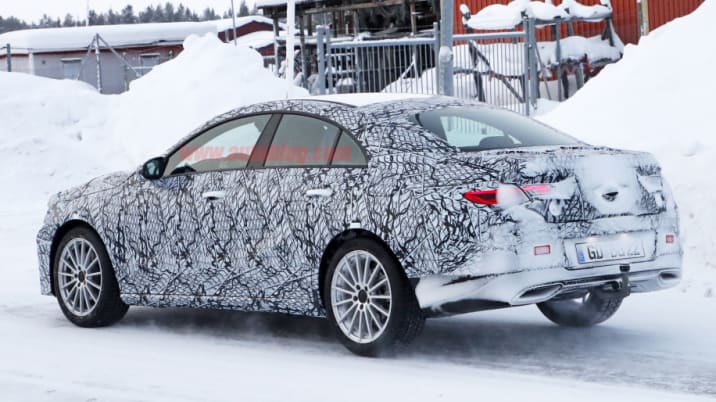 Moving around to the back, the trunk lid and taillights are very different. On the A-Class, the trunk is much more vertical and sculpted, whereas the CLA's trunk leans forward and is smooth, much like the bigger CLS. The CLA's taillights are slimmer and more flush to the trunk's shape, too. Not only that, but the license plate placement is different. On the A-Class, it sits in the trunk lid, while on the CLA the plate is in the rear bumper. This is in keeping with other recent Mercedes-Benz "coupes" from C-Class to GLE.