The Renault 10 (aka R10 or R-10) was sold in the United States for the 1967 through 1971 model years and was considered a sales rival to the Volkswagen Beetle (and, towards the end, the Fiat 128 and Toyota Corolla). Here's a final-year-of production 10 that I photographed in a Northern California self-service yard last month. 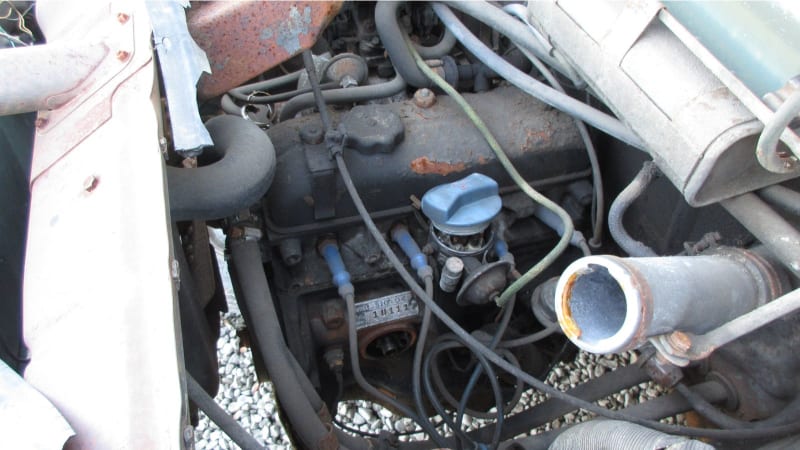 The Renault Dauphine sold well in the United States during the late 1950s, but it had became a rust-prone, funky-handling, image-tarnishing disaster for the company by the 1960s. The 10 was descended from the Dauphine but had 48 water-cooled horsepower in back instead of the Dauphine's miserable 32. 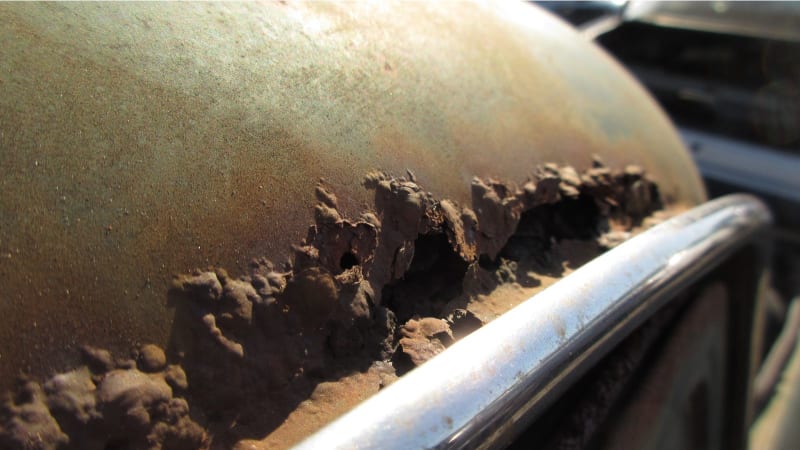 This car shows the usual rust that attacks California cars that rot outdoors for too many years, but it's no worse than what I see on Beetles and 128s from the same era. 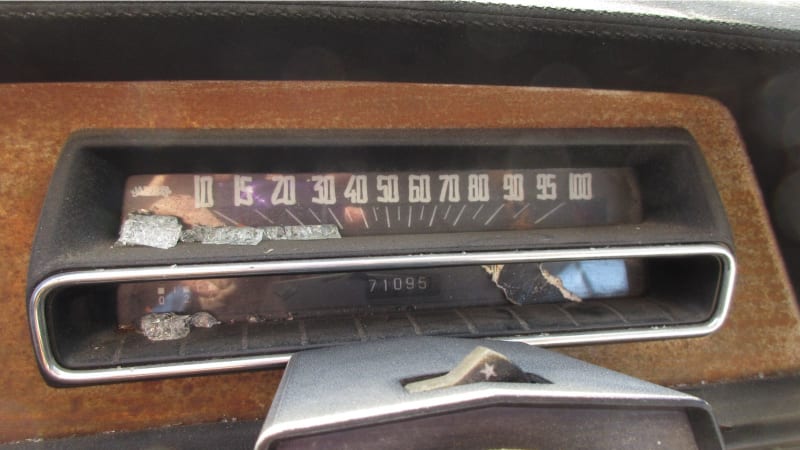 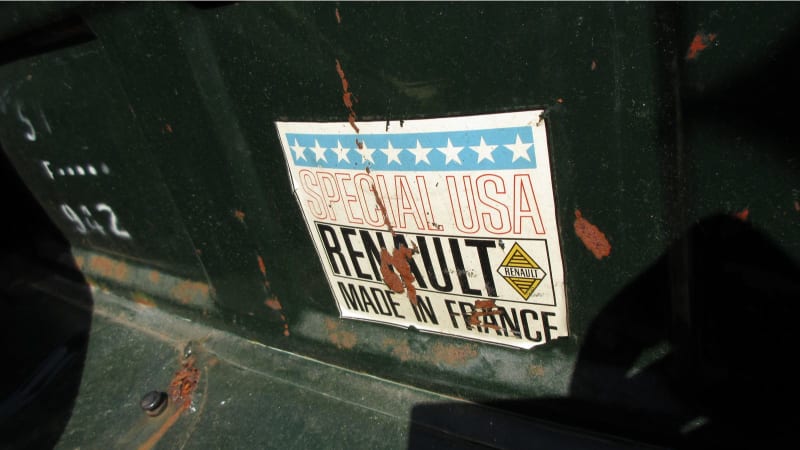 Meanwhile, the price of a 1971 Volkswagen Beetle was an identical $1,845 (the Super Beetle, with its McPherson strut front suspension, cost $1,985). The much more modern front-wheel-drive Fiat 128 listed at $1,992, while a new 1971 Toyota Corolla was $1,798. For those with a sense of humor, the motorcycle-engined Honda 600 could be purchased for just $1,395 that year. The Corolla was the best deal, but the Honda would have been more fun per dollar. 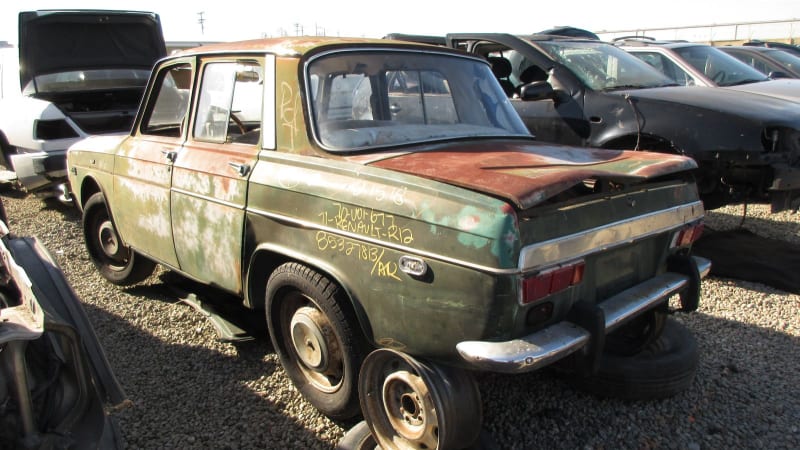 French cars had a cult following in the San Francisco Bay Area, particularly among residents of car-crazed Berkeley (yes, Berkeley has always been full of oddball European machinery). This car probably spent its first couple of decades commuting in the East Bay, then sat in a back yard after some hard-to-find part failed.

The company still pronounced its name "ruh-NALT" in the United States, as late as 1970. According to their marketers, the 10 was the only car that made more sense than... a horse?