Long journey of Subaru love, from Crocodile Dundee to the Barkleys

Greg Rasa
Subaru just sold its 2 millionth Outback in the U.S. The Outback is Subaru's most popular vehicle, and the brand's sales growth in recent years means it took far less time to reach the 2 million mark as it did to sell the first million (from 1995 to 2011).

Currently in its fifth generation, the Outback is built in Lafayette, Ind., and the 2 millionth example was sold at Subaru Pacific in Hawthorne, Calif. Andrew Simpson is the new owner (that's him in the center in the photo below), and a host of Subaru's top executives were there to close the deal and to give Simpson a few gifts the buyer of Outback No. 1,999,999 apparently didn't get. Best of all, there was a charitable donation to the Grades of Green program on his behalf from the automaker's environmental philanthropy arm, Subaru Loves the Earth. 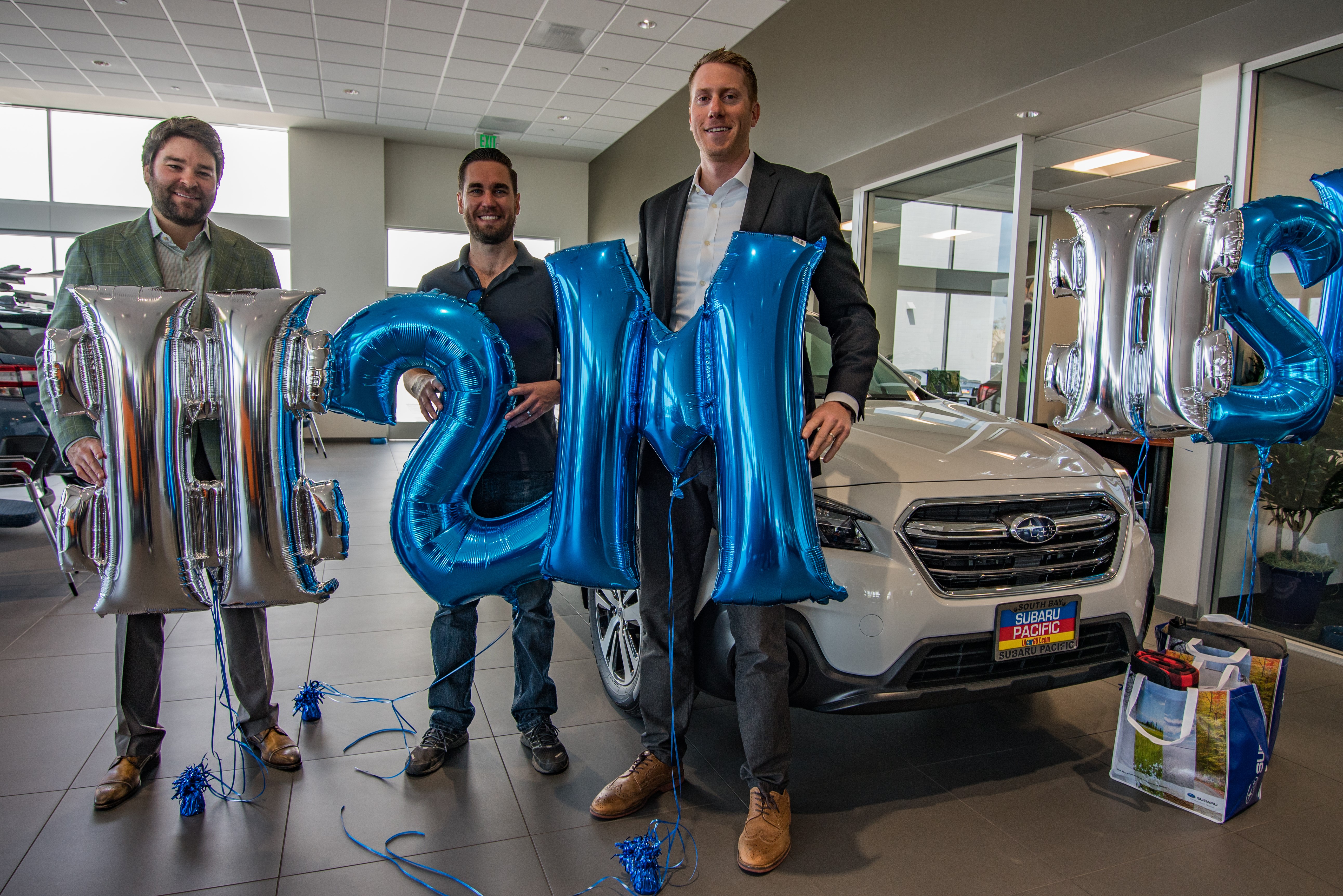 The second millionth Outback is worth a look back 24 years down the long rutted trail it has traveled, with bragging rights over SUVs strewn along the way. It all started in 1995, with "Crocodile Dundee" Paul Hogan offering "a ripper deal":

Hogan did Outback commercials for years. But this may be the first instance of dogs as Subaru pitchmen:

Here's a pretty great extended commercial with Daniel Tosh, "proud Subaru owner." For once he's not kidding. He even held a contest on "Tosh 2.0" to give his 2011 Outback away to a viewer:


This one is wrapped in a Snuggie:


In recent years, in the "Love, it's what makes a Subaru a Subaru" era, there has been a focus on the Outback's reputation for safety. This ad pulls a heartstring:

And finally, a toast from the Barkleys (in "two completely different voices"), to you, Subaru Outback, and your many loyal customers, including the 2 millionth: