One of the last Valiants, now destined for a California crusher. Chrysler built the US-market Plymouth Valiant for the 1960 through 1976 model years (OK, Mopar nitpickers, the 1960 model was its own marque, called simply "the Valiant"), and the reliable, fuel-efficient small Plymouth was a huge sales success for most of that period. Here's a used-up '75 sedan, photographed in a San Francisco Bay Area self-service wrecking yard last month. 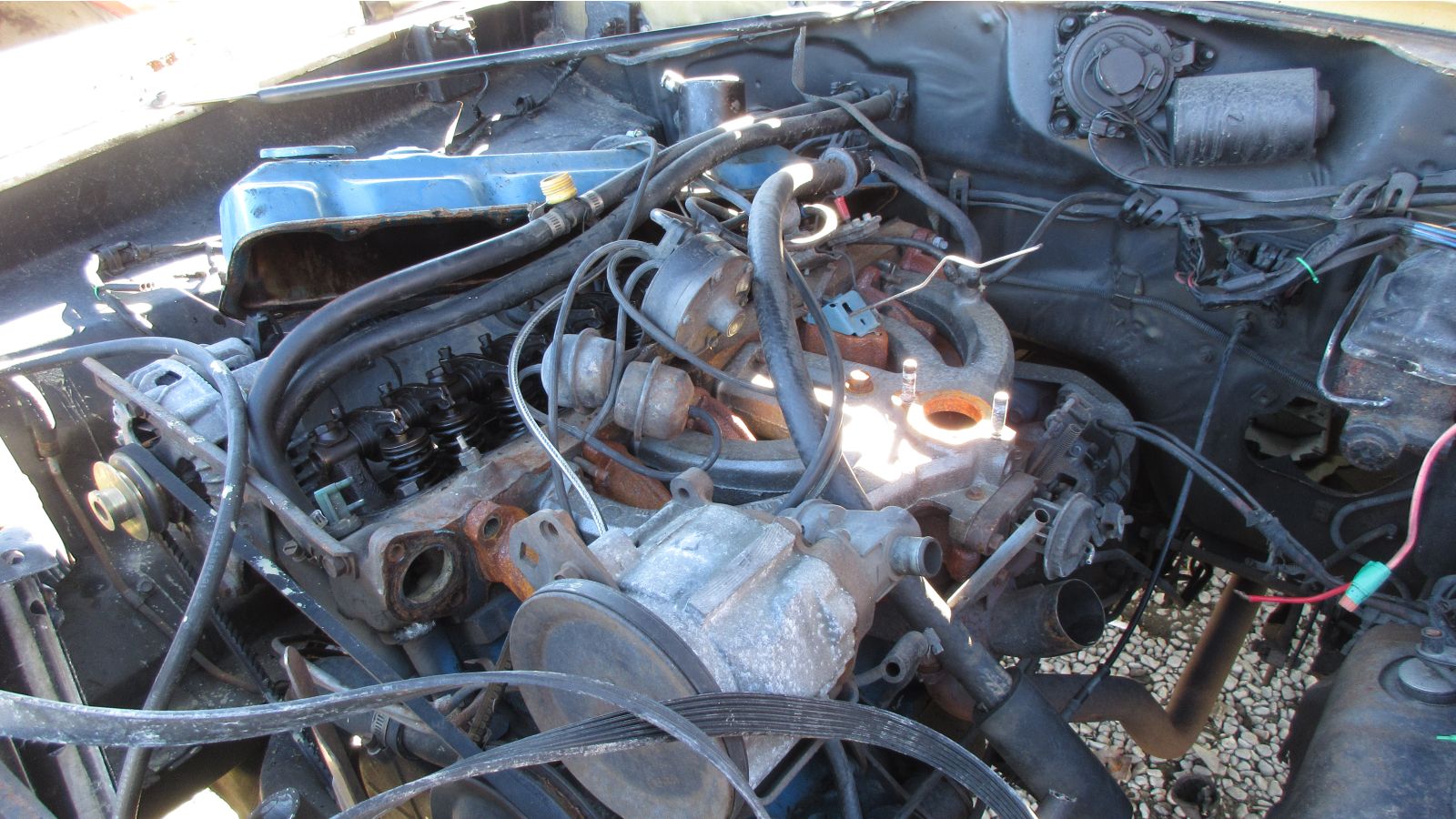 Starting in 1964, optional V8s could be had in new Valiants, but most buyers still opted for the Slant-6 engine. This is the 225-cubic-inch version, rated at 95 horsepower for 1975. These engines were legendary for their durability, though their fuel consumption got to be a bit high for the post- 1973 Oil Crisis world. 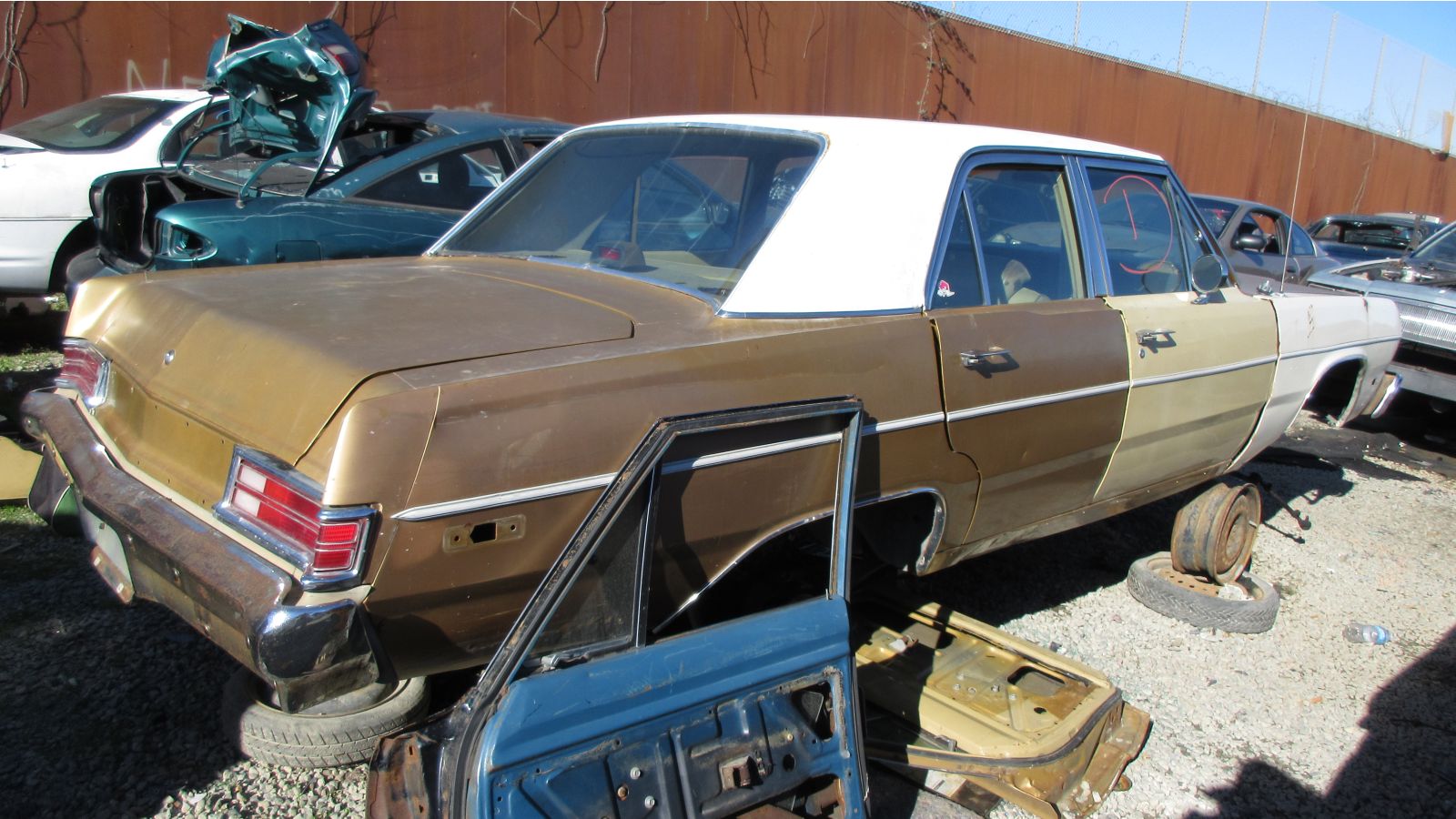 The multicolored front body parts indicate that this car got crashed, then fixed with junkyard parts. You can get fairly solid running Valiant sedans (and their Dodge Dart siblings) for cheap these days, so a beater like this one isn't worth fixing up. Perhaps a rust-free example like this might be worth a few bucks in the Midwest, but lovers of old Detroit iron tend to be indifferent to four-doors. 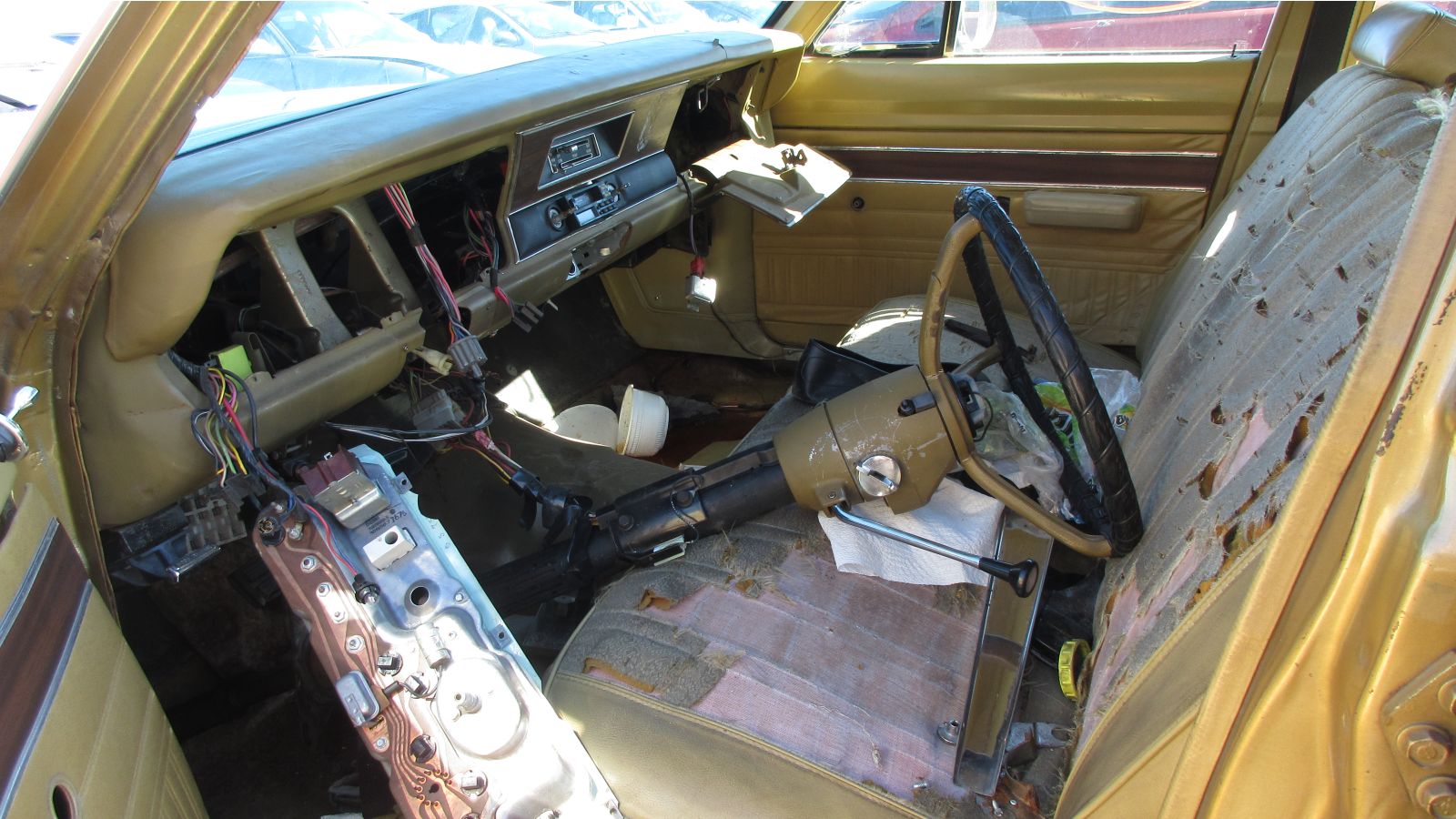 Some junkyard shopper tore apart the dash and steering column, but then left most of the pieces behind. 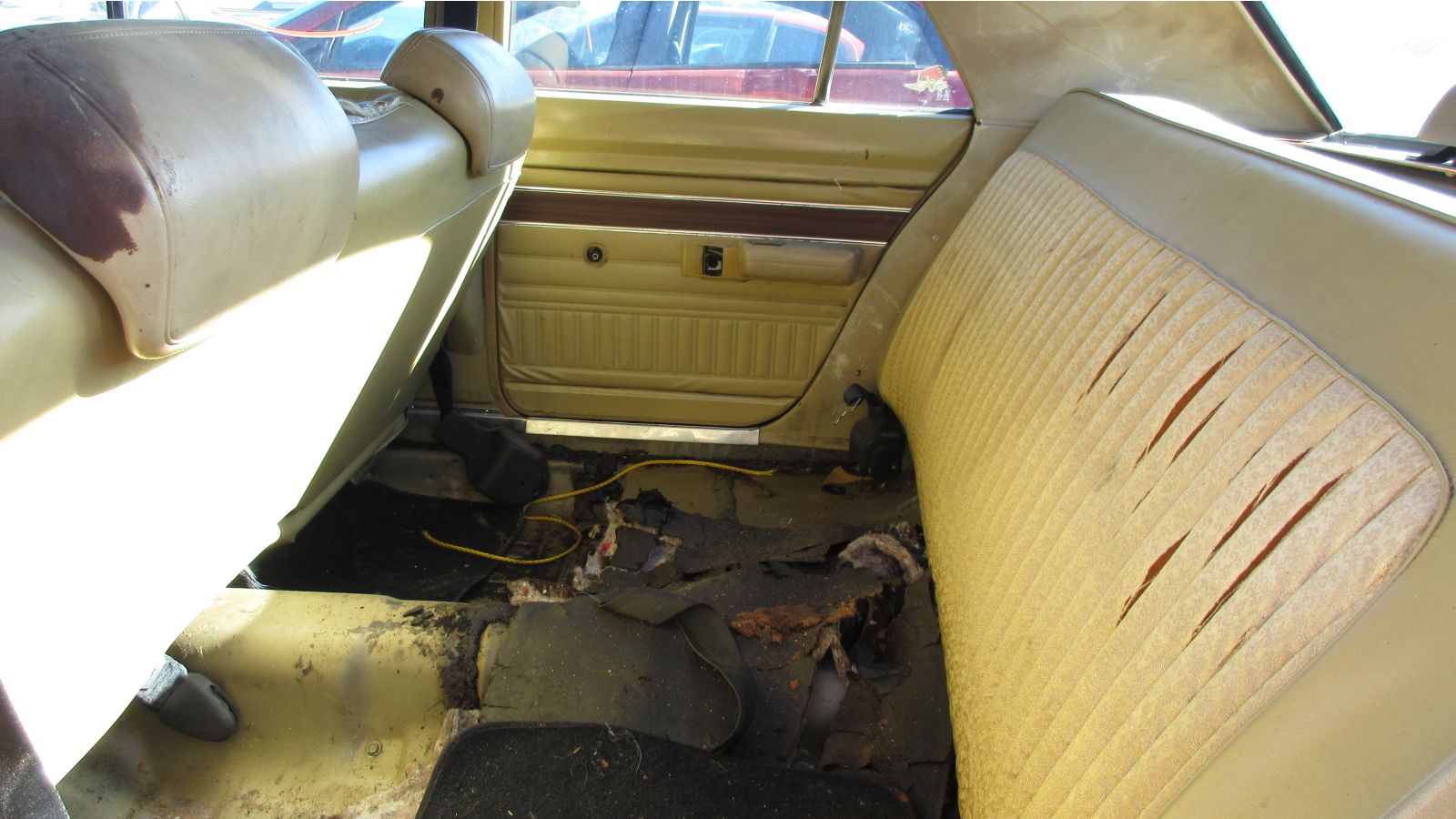 With vinyl roof and two-tone gold interior, this car may have been a rare Valiant Brougham.

A car so economical that it will make you forget your pants!