We wish we could get it in the United States

John Beltz Snyder
For the 2018 model year, Mazda updated the Mazda6 sedan with some design and mechanical tweaks. It will take the stand for its European debut at the 2018 Geneva Motor Show. There, it will be staged alongside the Mazda6 Wagon, which will be getting its own global debut at the Swiss expo.

Unless there's some sort of miracle, we won't be getting the five-door version here in the United States, which is a shame, because it's a beautiful wagon. Customers here — apart from a handful of die-hard fans and, perhaps, the entirety of the American automotive press — prefer something with a bit more elevation to it. Ask a Mazda dealer in Michigan or Arizona for a Mazda6 Wagon, and they'll probably try to sell you a CX-5 instead.

That frustrates the wagon fans. "It's gorgeous," said Autoblog Associate Editor Joel Stocksdale. "It kills me that we don't get it." 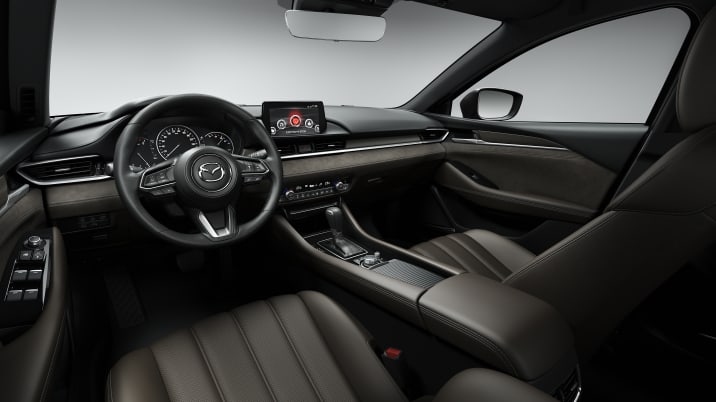 The Mazda6 Wagon will be on the show floor with a number of other beautiful cars, including the Mazda Kai and Vision Coupe concepts, which bowed at the Tokyo show. Mazda will also showcase its new gasoline-powered Skyactiv-X spark controlled compression ignition, which we were recently able to test in a prototype vehicle.