It can support Level 5 autonomous driving at highway speed

Jonathon Ramsey
Velodyne just announced its VLS-128, a lidar system with 128 laser channels designed to enable Level 5 autonomy. The VLS-128 scans out to 984 feet, twice the range of Velodyne's previous top-of-the-line unit, the HDL-64, and resolves three times better than its predecessor. Velodyne says the extended range, along with upgraded object identification software, means the VLS-128 can register and classify objects at highway speeds — a traditional weakness of lidar arrays that is usually overcome by combining cameras and radar. 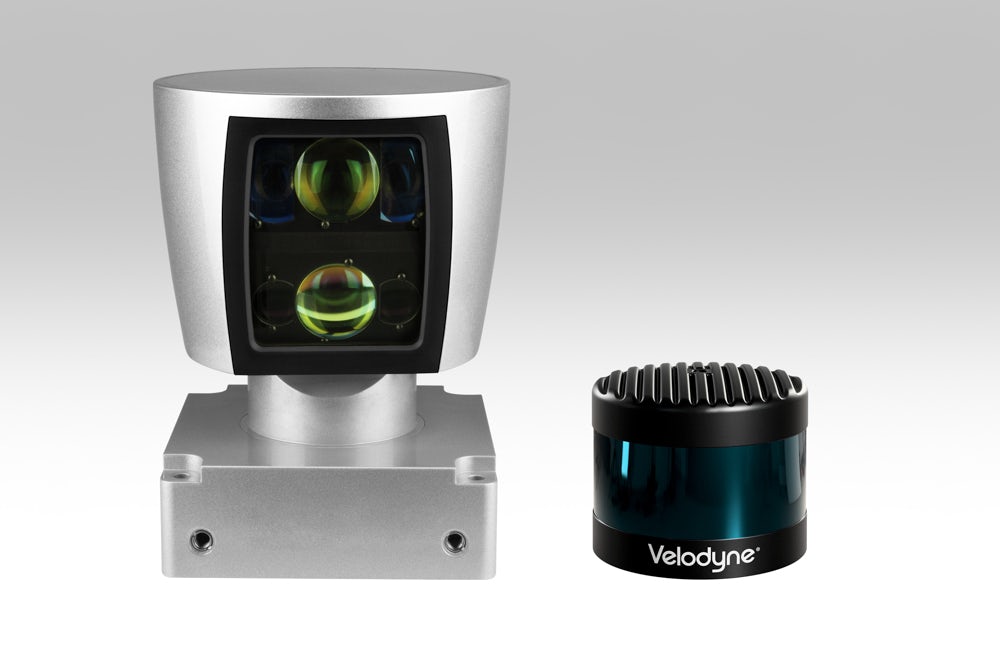 According to the company press release, the cost-no-object approach to the VLS-128 results in raw data with enough resolution " to solve for all corner cases needed for full autonomy in highway scenarios." That means the unit should be able to differentiate between a paper bag and a chunk of tire on the road ahead when traveling 70 miles per hour. Furthermore, Velodyne designed the system to work without assistance of other sensors, meaning an autonomous car could theoretically decide on a course of action based on the "point cloud" laser readings alone. Packaging improves, too: The new unit is smaller, lighter, and uses less power than its predecessor. In the image below, check out a comparison between the VLS-128, above, and the HDL-64, beneath. 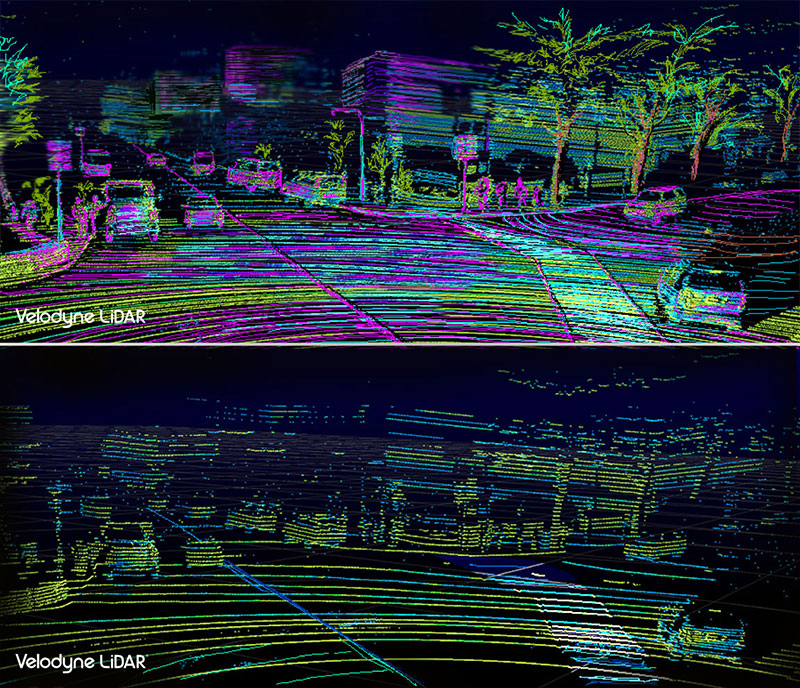 Don't expect to see the VLS-128 on a production vehicle soon — Velodyne won't divulge the price, but the HDL-64 cost $75,000. This is a tool for big-money development fleets; besides, passenger cars don't need the 360-degree views the VLS-128 provides. Carmakers like General Motors and Ford, which both recently bought lidar manufacturers, are working on low-cost chipsets more practical for OEM use. The Audi A8 uses the Valeo/Ibeo Scala unit that costs a few hundred dollars, but with a greatly reduced range and field-of-vision compared to Velodyne's offering.

The company's gone cradle-to-grave with the human-less ethos: It's finishing work on a Megafactory where a "proprietary laser alignment and manufacturing system" will build the VLS-128. Automated assembly for autonomous driving, naturally.