Say hello to the fastest M5 ever made.

LISBON, Portugal — From a brace of inline-sixes, to naturally aspirated V8s and V10s, and all the way to today's twin-turbocharged beasts, the BMW M5 has always shared one defining characteristic: rear-wheel drive. That's no longer the case, and purists are raising their brows. After all, big power plus rear drive equals smoky tail-out antics of the first degree. To those eyebrow-archers, we have good news. BMW knows the M5 must remain an immolator of tires, and it has the hardware bits and software bytes to make sure all-wheel drive isn't a death sentence for fun.

BMW's M xDrive system allows all of the M5's 600 horsepower and 553 pound-feet of torque to claw enough traction to accelerate from 0-60 miles per hour in 3.2 seconds, and to 124 mph in 11.1 seconds. That makes the latest M5 the quickest yet. Four-wheel-drive traction has its advantages. And if your battle cry is "death to all rubber!", you can always switch the M5 into rear-wheel-drive mode using the appropriate buttons from inside the cabin.

Again, purists may look at the smorgasbord of buttons, dials, and screens inside the 2018 M5 and wonder how we got here, especially compared to something as straightforward as the benchmark E39. The answer is the constant pursuit of performance. It's easy to stick 600-plus ponies in a sedan, and the result is going to be a hellish riot. The hard part is making them hook up and do what you want. 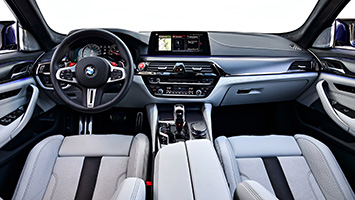 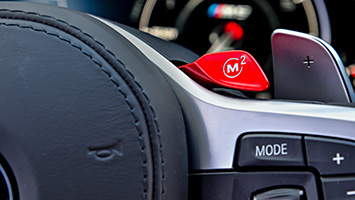 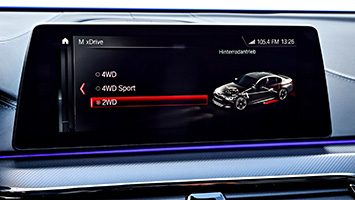 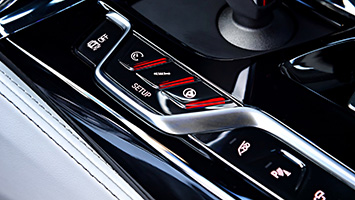 Enter the bright red M1 and M2 buttons on the steering wheel that allow the driver to customize two preferred driving modes. The engine can be set to Efficient, Sport, and Sport plus; the suspension and steering have Comfort, Sport, and Sport Plus modes, also accessible via a series of buttons on the center console. There's a new version of BMW's shift stalk that confused us at first, with left-right detents for drive and reverse, but as much as we like to complain about the unnecessary reinvention of the shifter, owners will surely get used to it quickly.

Parked side-by-side, the new M5 looks tauter and more refined than the old. A carbon fiber roof removes weight right where you don't want it, and, combined with a new lighter-weight exhaust system, makes the new M5 less portly than its predecessor. The familiar kidney grilles are large, as are the three lower air intakes. Squared-off and scrunched-down versions of BMW's long-running halo headlights keep things looking fresh, and the four creases in the aluminum hood add aggression and hint at the power developed within.
That powerplant has a newly developed pair of turbochargers, new injectors for increased fuel pressure, and a charge-air cooling system that combine to allow maximum torque to spread from just 1,800 rpm all the way to 5,600 rpm. There's more than enough power to overcome the 2018 MW's 4,100-plus-pound curb weight. The transmission fires off quick shifts up and down, and is loathe to give up the proper gear when driving fast. A dual-clutch box might hack away a hundredth of a second here or there, but the conventional torque converter feels smooth and refined. We found little use for the steering-wheel-mounted paddles.

Sadly, though not unexpectedly, there's very little emotion in the steering. The steering ratio is plenty quick, on-center feel is good, and the car reacts instantly to directional changes. But there's really no sense of connection to the road surface, and you feel the loss of traction in your butt before your hands. That's the only demerit worth mentioning in the driving dynamics column.

We found Comfort suspension, Sport steering, and Sport engine modes to our liking on the street, so that was programmed into M1. When we hit the track, M2 mode brought up 4WD Sport from the M Dynamic Mode selector, which allows significant levels of rear-end slip before the stability and traction control systems step in to keep you on the straight and narrow, and put everything else in max-Sport modes. The triple-apex right-turn that is the Parabolica Ayrton Senna at Circuito do Estoril was 4WD Sport a perfect demonstration of the new M5's stunning ability to behave like the world's most manageable hi-po rear-wheel-drive sedan. Even a ham-hoofed journalist can hang the rear out with impunity — ask us how we know — without undue fear of overcooking the slide and pirouetting through the grass. 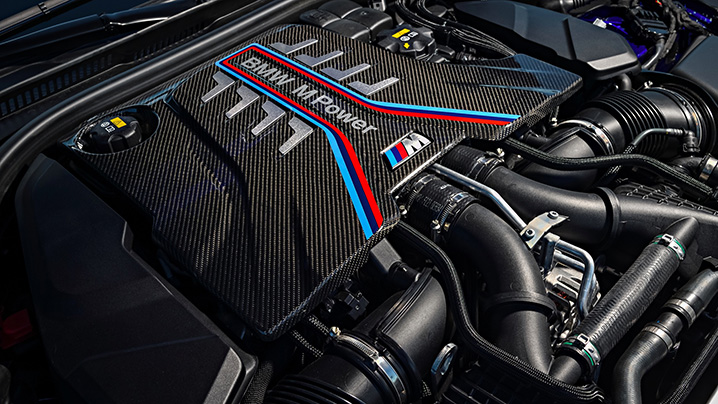 Hitting 150-ish on the long straightaway before slamming on the brakes for a cool-down lap gave us time to consider how impressively capable the big saloon is on a race track. Pulling back into the pits after six hot laps, the steel brakes (carbon ceramic discs are optional and recommended if you're planning to track your M5) were smoking, the Pirelli P Zeros were melting, and the turbocharged engine was sloughing off heat as designed. In short, everything was right with the world, though get ready for a massive tire bill if you like to throw down hot laps every once in a while. A 600-horsepower, two-ton behemoth can indeed bend the law of physics, but only so long before something, namely the tires, give way.

Out on the road, the 2018 BMW M5 behaves like a proper luxury sedan as it slips through traffic and bellows past slower cars on the highway. Comfort modes keep everything ... comfortable, heated and cooled seats swaddle posteriors, and the basic goodness of the 5 Series chassis shines through. The iDrive 6 software works well, though still through too many menus and submenus. If all that sounds too serene for you, there's a button to open up the exhaust for more rumble.

At $103,595 the 2018 M5 is pricey. That's $8,500 more expensive than the previous M5, but we think the 2018 version is worth its heady cost. Unless you have highly specialized needs, the 2018 M5 is probably all the car you could want. There's plenty of room, a plethora of power, oodles of tech, and, of course, the proper badge on the grille. The 2018 Mercedes-AMG E63 S is similarly priced, quick, and powerful, but is heavier and isn't as tuned-for-the-track as the Bimmer. Other competitors, like the Audi RS 7, Cadillac CTS-V, and Porsche Panamera are worthy of comparison, but none, for various reasons, align perfectly with the latest M5. 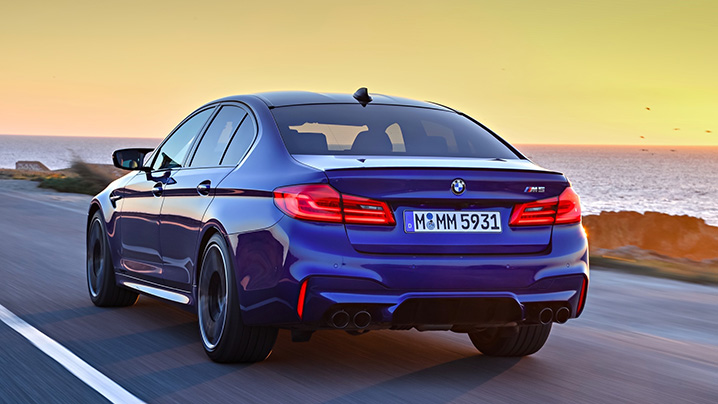 Looking back at past generations of the M5, it's easy to see why the E39 is hailed as an iconic sedan for people who love to drive. A big naturally aspirated V8, a six-speed manual transmission, a well-balanced chassis, and rear-wheel drive is stuff car-guy dreams are made of. The E60 moved the needle even further with a shrieking high-rev V10 and a host of technological advances. And then came the F10, which directly proceeded this new 2018 M5 and brought with it the birth of turbocharging and the death of clutch pedals. Every time, purists wailed but pocketbooks opened, with each successive M5 boasting greater performance and sales figures to match.

And, at least for the foreseeable future, the BMW M5 will remain the benchmark by which other performance sedans are judged. It's not perfect – there's no manual transmission, no dual-clutch either, and we have to wonder how much lighter it'd be without a front differential and driveshafts – and it may not be the purest of its breed. But it's definitely the fastest. Time marches on, and with it moves the quintessential sport sedan.