1998 Tacoma meets the new TRD Pro in this comparo video.

Alex Kierstein
I'm about to throw the skid plate across the garage. We were supposed to leave hours ago, and our tight shooting schedule is getting worse by the minute. I've spent more time under this truck, cursing, than checking road conditions for this ambitious early-season adventure. "Roads" is generous; these are more like dirt ribbons cutting through the mountains well above the snow line. The snow pack this year has been epic, and by May it's barely started melting. I've spent weeks getting my 1998 Tacoma into shape for this trip, but it seems like we'll be lucky to get up into the hills at all. 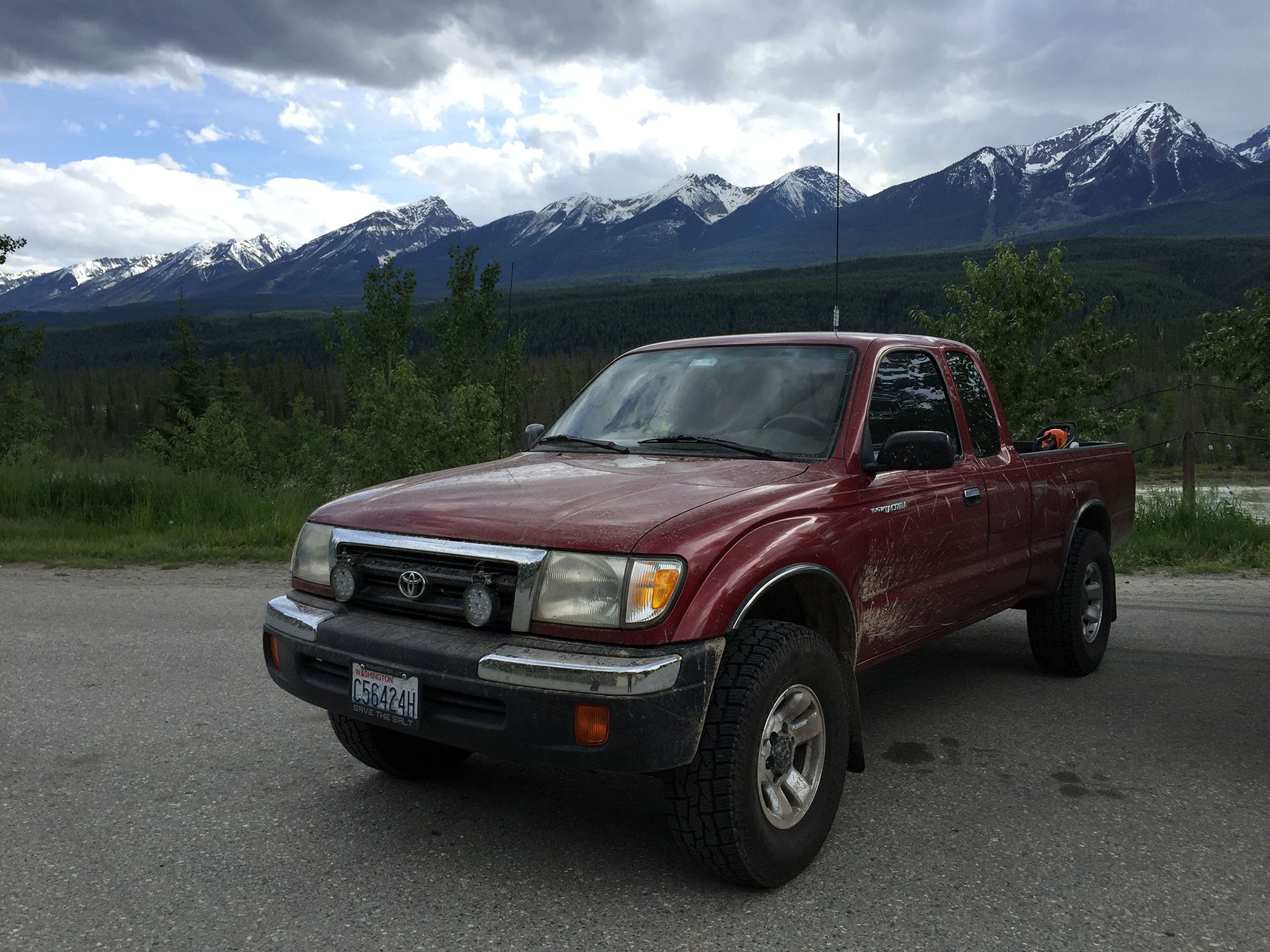 Three hours and a few unplanned stops later ("Does that smell like ATF or gear oil burning?"), we have both trucks at the top of a rugged utility service road high in a Cascade Mountains pass. The air, crisp and pine-scented, snaps and pops under the high tension lines. Beyond the towers, a snow-dusted ridge swells above a narrow river valley — all of it densely carpeted with Douglas fir. It's just an appetizer, a consolation jaunt after some long hours in the garage instead of traversing a low range. But we all felt an intense relief, pumping out the stress with each breath of cool air at 3,000 feet.

Time, inevitable and irreversible, changes all things. I traded some mountain time for a last-minute fix. Stuff breaks, even on a Toyota, but moreover that's part of owning a 20-year-old truck. But part of this trip was about just that: seeing how far the Tacoma has come in the 23 years since the first-generation truck hit the scene. Its two successors got larger and more refined. And more capable, but at what expense? That's what I was wondering after I bought my 1998 Tacoma, a 4x4 extended cab with a manual and a V6 — and anachronisms like roll-up windows and a truckish ride. 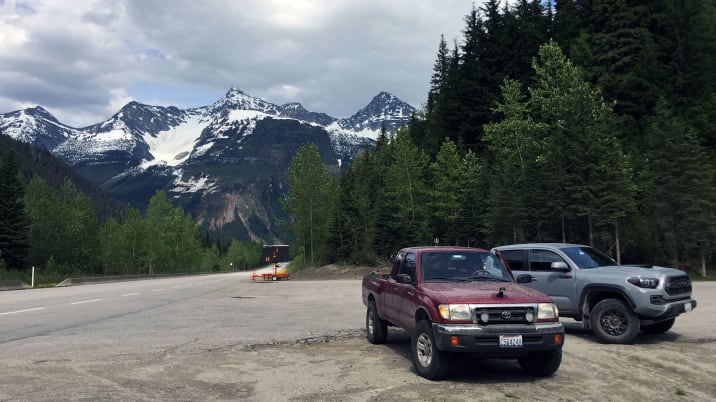 Meanwhile, the 2017 Tacoma TRD Pro, as I know from the first drive I did last November in Hawaii, is a serious upgrade over run-of-the-mill '17 Tacomas — at a serious price. In isolation, it's a remarkably competent truck, with moderate off-road chops. It needs more aggressive tires, but those Fox shocks are superb for bouncing along rough dirt roads without making its occupants sick. But it's also much larger, with the kind of sound deadening and comfy ride that would almost make you forget it's a pickup if you didn't have the super-chunky dash design screaming "TRUCK!" at you to remind you it's not a strangely-shaped Camry. 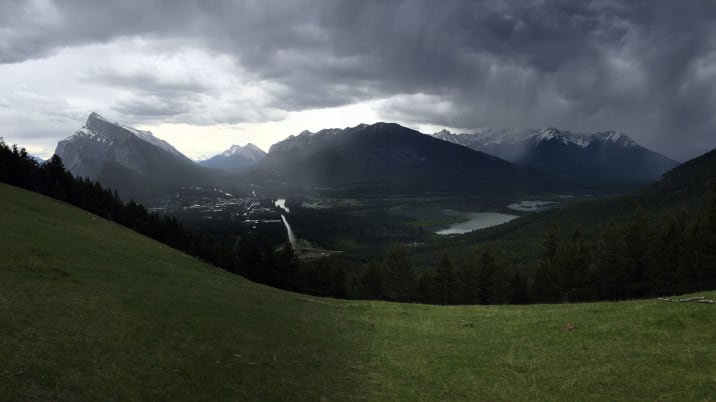 A notion was born: Let's take my truck on a 1,600-mile journey to perhaps the most beautiful place in North America, Banff, and let the TRD Pro tag along. I'd get hundreds of miles of seat time in both trucks, on-road and off-, to see if Toyota has kept the '17 TRD Pro honest about its roots. There's no winner here, since both trucks represent wildly different compromises along a sliding scale. And also because both were more than capable of handling what we threw at them, and then some — you can say we underestimated them a bit. But the juxtaposition was enlightening. Tag along for the journey with us.