Why do so many cars have 2.0-liter turbo engines? A closer look

Digging into the downsizing in so many automakers' engine bays.

Scott Oldham
In the 1960s, big V8s were all the rage. Then V6 engines became very popular. Today, if you're shopping for a new car or SUV, chances are it's going to be powered by a turbocharged 2.0-liter inline four-cylinder engine.

Unless you're shopping for a tiny subcompact, a big-bucks exotic or a full-size truck, it's difficult to find a model that does not offer this engine conformation. Right now, there are more 50 models on sale in the United States that use it, and more are on the horizon. ( Try Autoblog' s Car Finder to search for your next new vehicle.)

Small, light and powerful, the turbocharged 2.0-liter has become one of the most common engine configurations used by automakers from the United States, Germany, Italy, Japan, Great Britain and Sweden — all looking for power, packaging advantages and additional fuel economy. There are now millions of vehicles on the road powered by turbocharged 2.0-liter engines, from hot hatchbacks to luxury sedans, SUVs, family sedans and expensive two-seat sports cars, and millions more will be sold over the next 12 months. 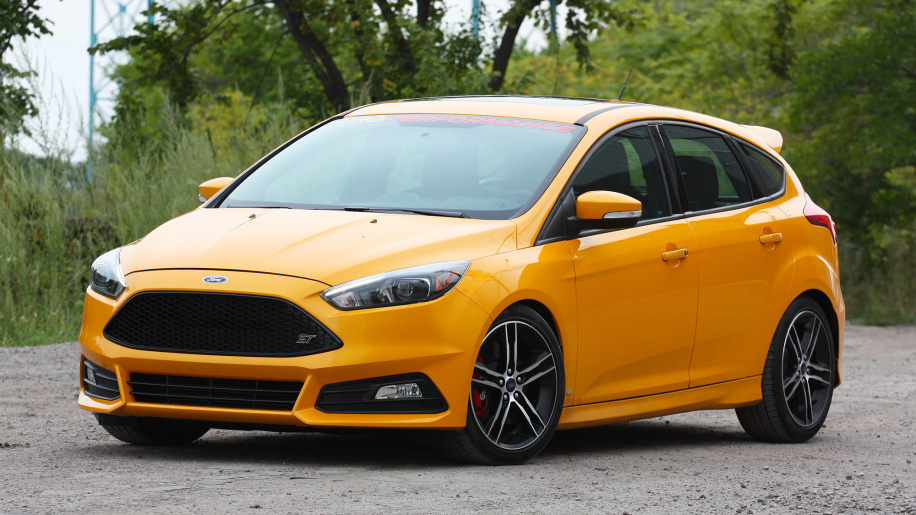 And the diversity of brands that have invested in this engine range from Hyundai and Honda to Land Rover and Mercedes-Benz. Prices for 2.0-liter turbo cars start as low as $24,775 for the Ford Focus ST and climb up to $90,700 for the BMW 740e iPerformance plug-in hybrid, which combines the engine with an electric motor and a small battery pack.

Honda's version of this engine is potent. In its new Honda Civic Type R hot hatch, which just hit the market with a starting price of $34,000, the engine makes 306 hp. That's six horsepower more than the 2.0-liter turbo that Porsche uses in its midengine 718 Boxster and Cayman models, although those cylinders are arranged as a flat-four rather than an inline configuration.

Honda also uses a version of its 2.0-liter turbo in the all-new 10th-generation 2018 Accord that is just now reaching dealerships. In the Accord, the engine is rated at 240 hp.

With just 170 hp, the least powerful 2.0-liter turbo available is in the 2017 Volkswagen Beetle R-Line SEL. Volkswagen was one of the first automakers to pioneer this engine design, and it uses the configuration in seven models, including its new full-size three-row Atlas SUV and its legendary Golf GTI and Golf R hatchback hot hatches. The Golf R's 2.0-liter is rated 292 hp. 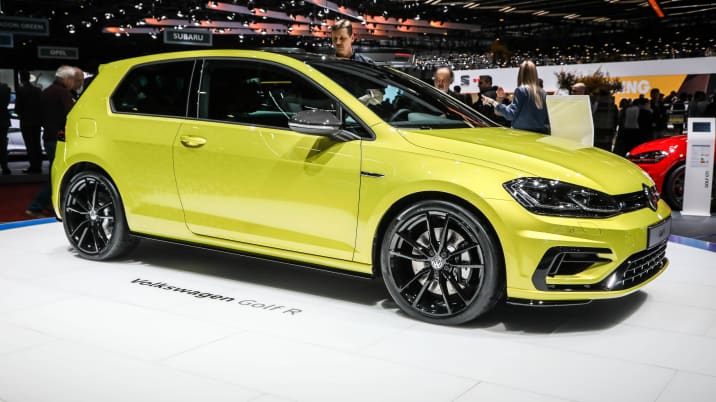 Hyundai was one of the first to offer a turbocharged 2.0-liter in the midsize sedan class, which was a segment filled with big V6 engines at the time. In 2011, Hyundai deleted the V6 as its upgrade engine from its Sonata family sedan and replaced it with a 2.0-liter turbo. It was an instant success. Now Hyundai also uses the engine in its Santa Fe Sport and Tucson SUVs, as well as 1.6-liter and 1.4-liter turbocharged four-cylinder engines in some of its models.

According to Mike O'Brien, Hyundai's vice president of product planning, the displacement of 2.0 liters is a sweet spot that, once turbocharged, delivers the performance of a large V6 with improved efficiency — on paper, at least.

"The engine's heat rejection or transfer dictates turbo boost levels," said O'Brien, who is responsible for guiding strategic development of Hyundai's entire model lineup. "Although the cooling effect of modern direct fuel injection inside the combustion chamber allows us to increase the engine's compression ratio and boost levels, there are limits. And most carmakers are running about the same boost." Hyundai says its engine is running 17 psi.

Lexus uses a 2.0-liter turbo is several models, including its popular IS sedan and NX SUV.

"A specific appeal to Lexus is the balance of performance, weight and efficiency of an engine with 0.5 liter per cylinder," said Paul Williamsen of Lexus Global Communications. "We've found it to be an ideal balance for vehicles in this range of sizes and weights."

Surprisingly, Lexus' sister brand Toyota is one of the few manufacturers not to market a 2.0-liter turbocharged engine. 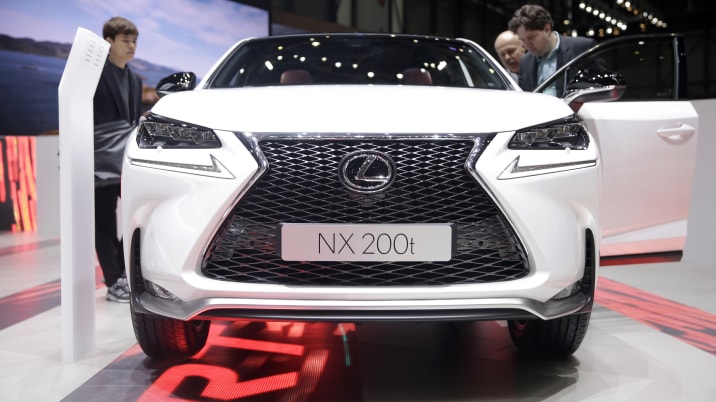 The lower an engine's torque peak, the better a car can accelerate from a dead stop or up grades. "Enthusiast drivers love the swell of torque that comes without a downshift," adds O'Brien.

Del Necessary of Playa del Rey, Calif., is one such enthusiast. Necessary has a small car collection, which includes a 1966 Mustang Fastback and a vintage Porsche 911. Back in 2013 he replaced his family's V6-powered Audi A6 Avant with a then-new Audi A4 Allroad powered by a 2.0-liter turbocharged four-cylinder.

"I'm very satisfied with the Allroad's performance," said Necessary, who has driven his previous-generation Allroad 41,000 miles. "At 211 hp, it's not the most powerful, but with eight speeds I'm never wanting for acceleration. The 211 hp is only nine less than the V6 it replaced. It's not buzzy and has plenty of torque for the type of use we subject the car to, plus I get better fuel economy." 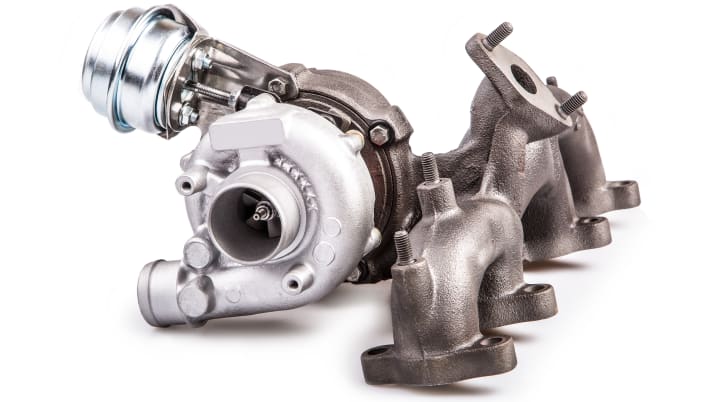 Many luxury SUV buyers have also experienced the switch. Anne Stewart, a young mother of two in Venice, Calif., loved her 2011 Audi Q5 powered by a big 3.2-liter V6 that made 270 hp. Last year she replaced it with a new Mercedes-Benz GLC300 powered by a 241-hp turbocharged 2.0-liter four-cylinder and hasn't looked back.

"The Mercedes feels even faster than my Audi was," said Stewart on her way to pick up her son at school. "And it gets better fuel economy. What's not to like?"

This mad rush from larger-displacement V6s to smaller, turbocharged four-cylinders was first fueled by the automakers' need to improve fuel economy to meet customer demand as well as more stringent government regulations. Fewer cylinders mean fewer parts, which means less internal friction. This makes the engine more efficient, so it burns less fuel — theoretically. But they quickly discovered other advantages and consumer benefits as well.

The smaller engines have also allowed the car companies to make the engine compartments smaller while expanding the interior and storage space within the vehicle's footprint. And more spacious interiors and bigger trunks sell cars. The automakers we spoke with say that the downsizing of engines will continue, so for the near future at least the 2.0-liter turbo is here to stay.

New Models Available with a 2.0 liter Turbo (*cars have only been very recently revealed and may not be available until later in the year)