Plus: Analyzing the BMW and Audi concepts and the Mercedes-AMG Project One.


The 2017 Frankfurt Motor Show kicked off the fall reveal season with an impressive array of powerful cars blended with forward-looking concepts. It's a seminal period for automakers, who find themselves at the intersection of disruption and opportunity. With that in mind, here are four takeaways from Frankfurt. 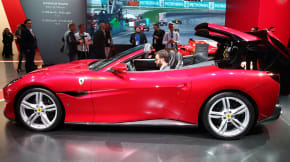 The transformation of the curvy yet overbaked Ferrari California T into the Portofino is complete, and its coming-out party in Frankfurt served notice that Ferrari's entry-level sports car is much more formidable. There was nothing wrong with the California (and later the California T), but the Portofino features a cleaner look with stronger lines and an elegant resemblance to the rest of the Ferrari family.

The California name is a good one. Used on a number of memorable cars in the 1950s and '60s, it's steeped in tradition, and certainly Ferrari will dust it off again. But switching to Portofino, the name of a scenic town in Italy, is a nice way to change the conversation and generate fresh interest in this part of the Ferrari portfolio. 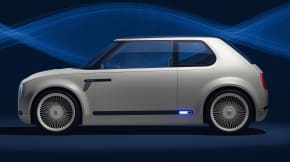 Man, people are stoked over the Honda Urban EV concept. Why? I assume it's the retro look that harks back to early Civics, and the lack of information about the concept itself. What people don't know, they're imagining. Honda hasn't even confirmed the range, the car is very small, and it likely won't be sold in the United States. With this dearth of facts, enthusiasts are filling in their own blanks. I guess that's OK. Count me among the intrigued. When I saw pictures of this thing early Tuesday morning, I was pretty excited, too. We do know Honda is expanding its electric strategy, and two-thirds of its new vehicles sold around the world will have some form of electrification by 2030. The Urban EV launches in Europe in 2019, and a hybrid CR-V rolls out in Europe next year. Unconfirmed for the U.S. market, it seems like a no-brainer to bring that version of the CR-V here. 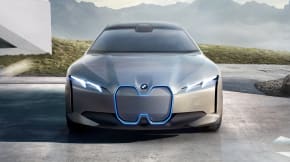 The electrification and autonomous tech parade of concepts continues. You gotta be there. It's the cost of doing business in the modern automotive landscape. This technology takes years to develop and launch, so the next best thing to remind the world you're trying to be cutting-edge is to show off lots of fancy concepts. Frankfurt had plenty. A couple standouts: The BMW I Vision Dynamics and Audi's Elaine and Aicon. The BMW concept previews a gran coupe that's expected to be called the i5. I like it. Some don't, but this is about the time Tesla should start getting nervous. A lot of consumers buy Teslas because they're Teslas and they're unique. But what if BMW — a brand many rich coastal Tesla customers already love — rolls out something just as good or better? The Audi Elaine and Aicon demonstrate the wide possibilities artificial intelligence offers commuters. The Elaine (cue the "Seinfeld" joke) is more realistic and could arrive in 2019. 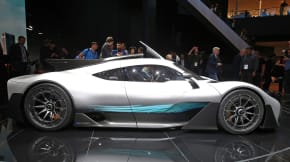 The Mercedes-AMG Project One is easily the most jaw-dropping car at the show. For those who want to drive themselves, and in brisk fashion, this 1,000-horsepower tour de force shows the world that Mercedes won't cede the extravagant supercar space to Ferrari, Porsche and others. Technically a concept, the Project One shows what Mercedes is capable of as a supercar maker, gives AMG a true halo and illustrates that performance remains a priority, even as other external forces influence automakers and divert their attention to different means of transportation.