Joel Stocksdale
Renault is making a teapot to commemorate a terrible Formula 1 car. That doesn't make a lot of sense on the surface, but with a little background info, it's actually a clever tribute to the company's F1 history.

You see, that awful F1 car, called the RS01, was the company's very first foray into Formula 1. The car started its racing career in 1977, and, according to Renault, it was the first to use a turbocharged engine. The new powerplant didn't work well, though, and it often came back to the pits pouring smoke, which led the team's boss to call it the "Yellow Teapot." You can see the car for yourself below. 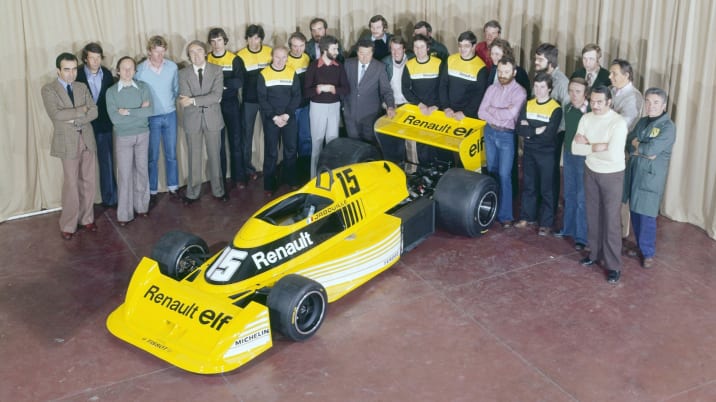 As such, this is actually a sweet commemoration of a pivotal car in Renault's history, and the 40th anniversary of the car and the company's F1 participation is the perfect time to release it. It is clearly F1 inspired, too, with the same color scheme as the RS01, with a little roll hoop and cowl at the top, and a spout shaped like the nose cone of a modern F1 car. The company says the teapot will be used at its company restaurant Atelier Renault. Renault will also sell 40 examples to the public via its online store for €129 each, or about $147 at current exchange rates.