The $170,000 Breitling in the Bentley Bentayga, and other cobranding stories

Specifically, designers from the two brands had collaborated to create a Zenith watch stamped with the Range Rover name as well as a sporty new model, the Velar, by the automaker. "One of the things that we're putting a lot of store in is that design is a differentiator," said Land Rover Chief Design Officer Gerry McGovern. "Mechanically, cars have reached more or less a point of equality, if you look at models in competitive categories. Design is the main differentiator. It becomes what the brand stands for." 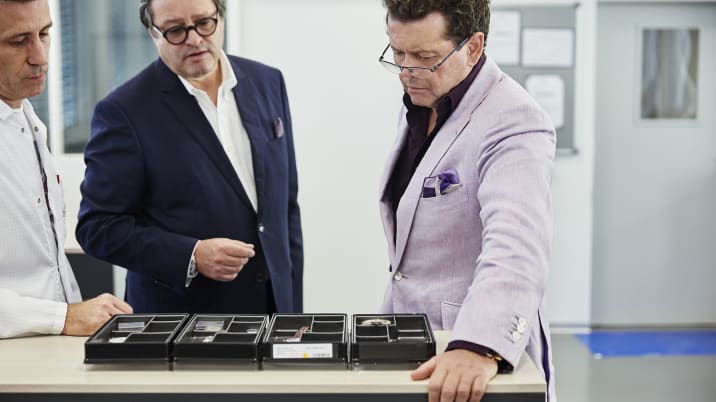 Automotive marques have been collaborating with non-endemic partners for more than a hundred years. Joining forces started for practical reasons – automakers put together the mechanical bits, marrying the engine, drivetrain, chassis, and suspension – and coachbuilders and other outfitters took care of the body, interior, and other parts. Mechanics and aesthetics were essentially separate endeavors.

Ian Kelleher, chief marketing officer of RM Sotheby points to the pre-World War I Simplex as an early example. "In the Brass Era, the chassis, engine, and other mechanical parts were made by an automaker, like Simplex, and then the outside was made by a coachmaker," he says. For Simplex that coachmaker was almost always Holbrook, which started up to create Simplex bodies.

Simplex is a rather obscure example, to be sure. The majority of body-on-frame car fabrication before World War II – from Chevys and Fords to Rolls Royces – required a buyer to make two decisions: which company would make the rolling chassis, and which one would do the coachwork.

The biggest name in US coachbuilding by far was Fisher. Founded in 1908, Fisher made most of Cadillac's bodies in the 1910s, and the business rapidly expanded to include Ford, Chalmers, and Studebaker. In 1913, Fisher produced the bodies of some 100,000 cars. Three years later, that number had grown to more than 350,000; likewise, the list of marques with Fisher bodies grew, and included such names as Buick, Hudson, Oldsmobile, and Packard. By 1919, GM had bought a majority share in the company, and by 1926 became an in-house coachwork division.

But car bodies weren't the only item open for collaboration. Watch and clockmakers were often tapped to create both functional and decorative timepieces and gauges. In 1921, Jaeger and LeCoultre, of France and Switzerland, respectively, formed the British company Jaeger, in 1921, expressly to create dashboard instruments for upscale cars. Jaeger clocks adorned the wooden dashes of early Aston Martins, as well as other cars favored by the rich and famous. Many years later, Aston Martin would even produce a transponder watch with Jaeger LeCoultre that'd unlock the DB9. 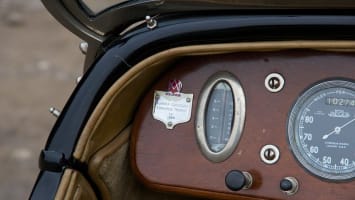 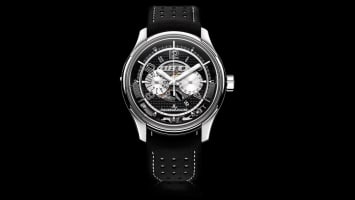 Clocks were an ego play, mostly – a subtle early marketing tool for carmakers. In its early phaetons, Cadillac offered as an option dashboard timepieces by the Waltham Watch Company, the preeminent U.S. watchmaker of the day. But brand collaboration expressly for marketing purposes really took hold after World War II. Consider: On May 27, 2016, at the opulent Concorso d'Eleganza, on Italy's Lake Como, a 1948 Talbot-Lago T26 Grand Sport Cabriolet sold a cool $1.3 million. A sum like that fetches a car with impeccable provenance, needless to say. But the value of this particular example rose significantly because of one-off coachwork by Franay as well as a plush interior and bespoke fitted luggage, both in red leather with white piping and, importantly, both designed and fabricated by Hermes. So the association of Talbot-Lago with two other big names – Franay and Hermes – served to increase the prestige and value of an already prestigious and valuable car.

"That car is worth significantly more as a result of the brand collaboration," says Ian Kelleher, chief marketing officer of RM Sotheby. "You're looking really at one of the finest examples of the bespoke automotive tradition."

The Marketing Genius of Jack Heuer

If it's true that automotive brand collaborations began largely for practical reasons, it's equally the case that they evolved quickly for marketing purposes. The theory goes that the cross-pollination of two brands burnishes the marketing image of both, while at the same time making each one more desirable to customers. Heuer is perhaps the first timepiece brand that comes to mind today in association with cars, though Breitling and its association with Bentley, can't be ignored.

For this we can credit Jack Heuer himself, who invented the modern notion of car-watch cobranding. From the 1930s through the 1980s, Heuer made dashboard chronographs for use in road rallies – and, honestly, also as mechanical eye candy for drivers and passengers alike. We would be remiss if we failed to mention the marketing play that Heuer made when he delivered a bunch of watches to the set of the movie Le Mans. Steve McQueen selected a Heuer Monaco, and the rest is history. Reaching back a bit further in history, Kelleher cites the Waltham watch option in the Cadillac V18 Phaeton of the 1930s, which offered a tony Waltham timepiece as an option. Without that precedent, he says, Jack Heuer may not have had the notion that turned out to be a stroke of genius. After the Heuer- Le Mans-McQueen marketing juggernaut, utility as a raison d'etre of automotive cobranding disappeared. 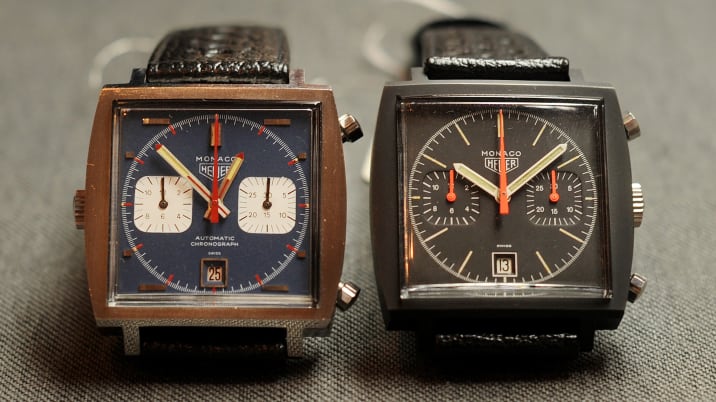 "Now it's all about marketing," Kelleher says. "Branding and marketing in today's world is even more important given the plethora of choices that the consumer has. Any opportunity that manufacturers have to enhance the view of their product by association with another high-quality, luxury brand, they are wise to take it."

Perhaps it's a bit easier now to see why brands like Zenith and Range Rover ­– both highly regarded in their respective markets – would join forces. "Our proposition is design excellence and engineering integrity," McGovern says. "I want great design, but I want it to be brilliantly engineered. In the automotive industry, design tends to be subservient to the engineering part of the organization. I'd like for us to get to a point one doesn't peter out the other, where there's harmony, a determination to get the right balance between design and engineering."

A lot of questionable things transpired in the '70s and '80s. Tony Orlando and Dawn, Starsky and Hutch, winged haircuts, Flashdance, Watergate. The list goes on, and it includes the AMC Gremlin Levi's Edition. OK, so, Jeep also collaborated with the jeans maker. But the attempt to make the Gremlin cool by outfitting it with denim upholstery would be funny if it weren't just plain pathetic.

Unfortunately, the '70s and the ensuing decade brought no shortage of head-scratchers in the car brand collaboration with non-endemics. It even spawned the creation of a non-existent product: Corinthian leather, a marketing construct which swathed the interior of the Chrysler Cordoba. 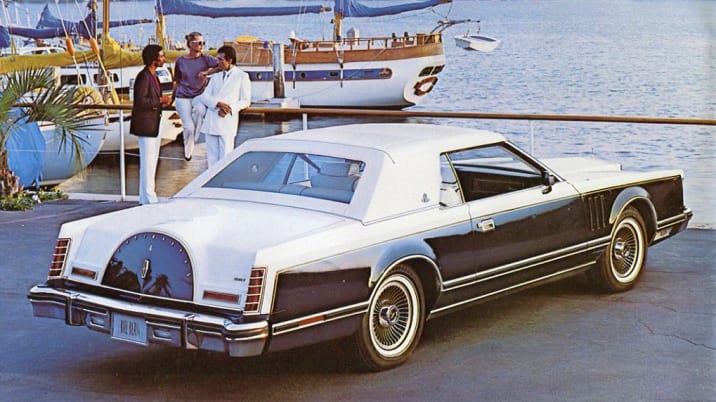 It is interesting to note, however, that these hazy decades also initiated the unusual partnership of fashion houses and carmakers. The examples are as numerous as they are campy: the Oleg Cassini AMC Matador, Lincoln Bill Blass edition, and Lincolns with Cartier dashboard clocks. These were exclusively marketing efforts: At a time when American cars were decidedly unsexy, automakers were looking for a way to introduce notes of style with their products. If not for these iffy partnerships, however, the insinuation of the fashion and art worlds into the automotive realm may never have progressed to the point where it became beneficial. The BMW art-car series, with paint jobs by the likes of Frank Stella, Keith Haring, David Hockney, Roy Lichtenstein, and Andy Warhol, proved to be not only an interesting aesthetic endeavor, but it also burnished the car brand with a level of exclusivity and hipness it might not have otherwise achieved.

It seems almost certain that without that BMW experiment, Mercedes-Benz would not have considered sponsoring New York Fashion Week. That relationship, which lasted for five years beginning in 2010, eventually proved tenuous and was abandoned. But the association of Mercedes with high fashion has not gone away, and the collaboration – managed by the IMG agency – created an entity that sold for $2.3 billion, no doubt delivering a windfall to the automaker.

As absurd as an Oleg Cassini Matador may have been back in the day, it seems positively sane in comparison to the Breitling dashboard clock offered today in the Bentley Bentayga. The world's most powerful and expensive SUV, with a 600-hp W12 engine and a $231,000 base price, also has the most expensive dashboard clock option. An additional $170,000 will get you an analog Breitling clock that stares out like a cyclops from the middle of the dashboard. 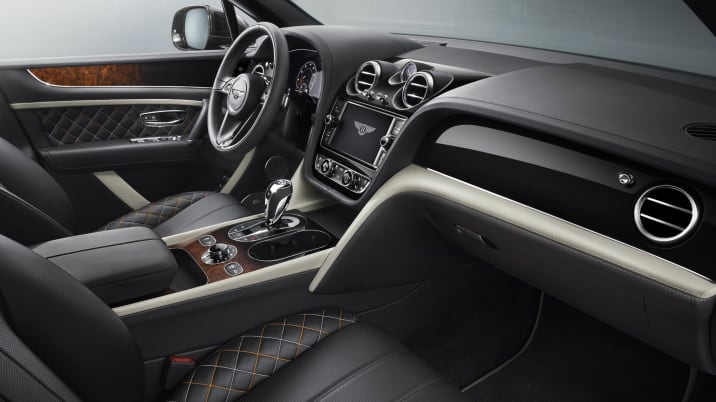 This type of superlative marketing – biggest, strongest, priciest – is precisely what Zenith's Jean Claude Biver and Land Rover Chief Design Officer Gerry McGovern wanted to avoid. McGovern is an aficionado of minimalist Mid-Century Modern design, and likewise, he would like to keep the relationship and the end product of the Zenith-Land Rover collaboration somewhat pared down.

Presumably, the sales will follow. "I could see a lot of our customers wanting a watch like this," McGovern says, holding the Zenith Range Rover edition across the top of his left wrist.

But McGovern, a designer at heart, insists he's not focused on return on investment. "The money counters, they'll question the validity of the relationship and want proof that it's 'working,'" he says. "But when it comes to the success of something like this collaboration, I think a little differently. I'll know it when I see it."