Street photography - as seen through the camera of a car

Greg Rasa
The images look like the street photography of Henri Cartier-Bresson - except, instead of using a Leica rangefinder as he did, Pulitzer-winning photojournalist Barbara Davidson used a car.

Davidson has had a storied career. She won the feature-photography Pulitzer in 2011 for documenting gang violence while working at the Los Angeles Times, shared a staff Pulitzer in 2006 for the Dallas Morning News photo staff's coverage of Hurricane Katrina, and that same year and again in 2013 she was Pictures of the Year International's Newspaper Photographer of the Year. 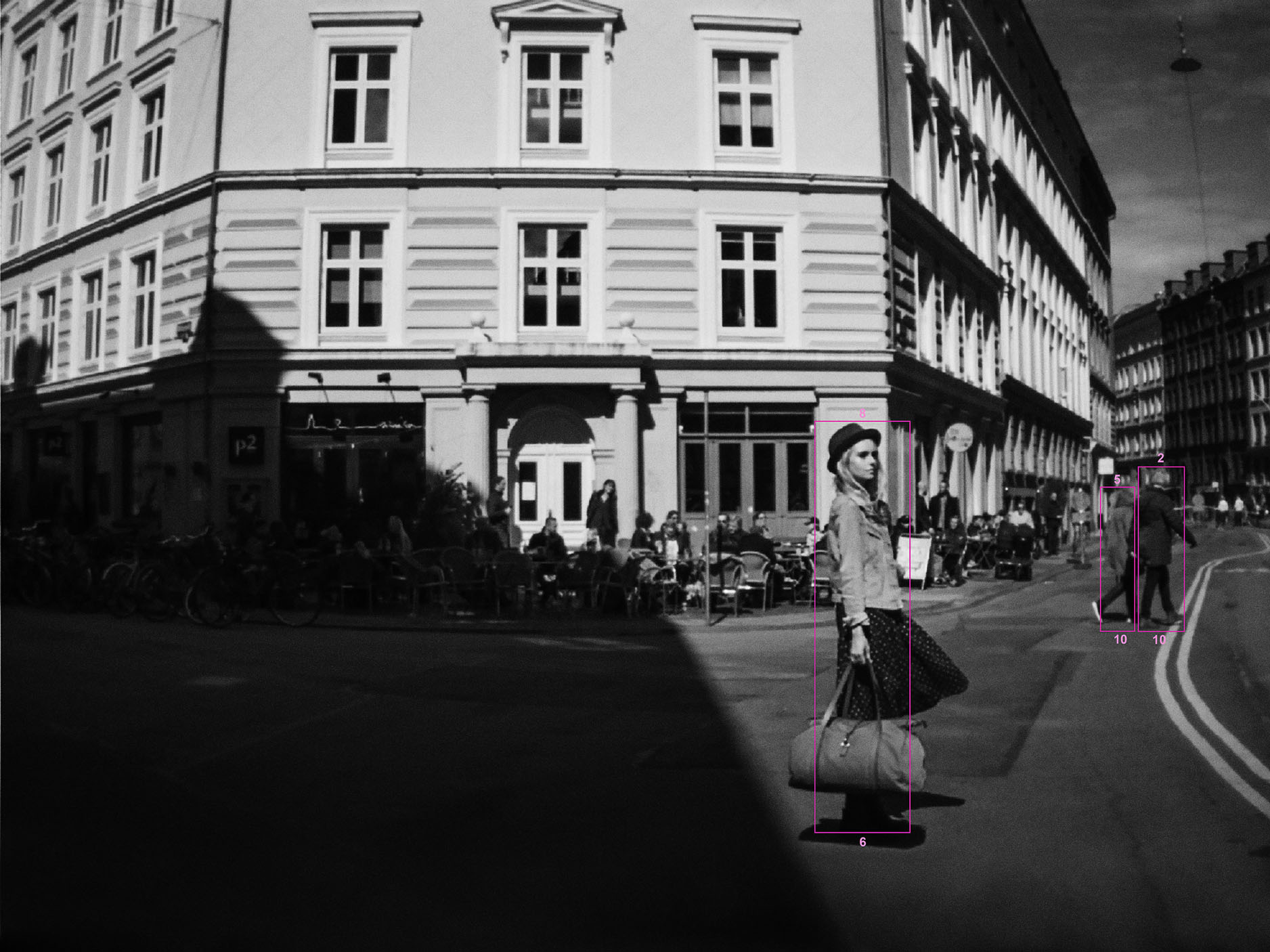 So Volvo hired her to take photos with their car. Specifically, with the camera built into the new XC60 crossover's City Safety system. Located in the windshield forward of the rear-view mirror, the camera detects objects or people in the roadway on behalf of the onboard computer that controls automatic emergency braking. Since the camera is normally gathering video data for a computer, not human eyes, the images it collects are in black and white and look kind of gritty - qualities not unlike the work of a long line of street photographers stretching from Weegee through Cartier-Bresson to many shooters working today.

But the images have the added 21st-century twist of computer-generated borders on objects in the field of view. (The number at top of each rectangle is the tracking number the computer has assigned to each person/obstacle. The number at bottom is a distance reading.) 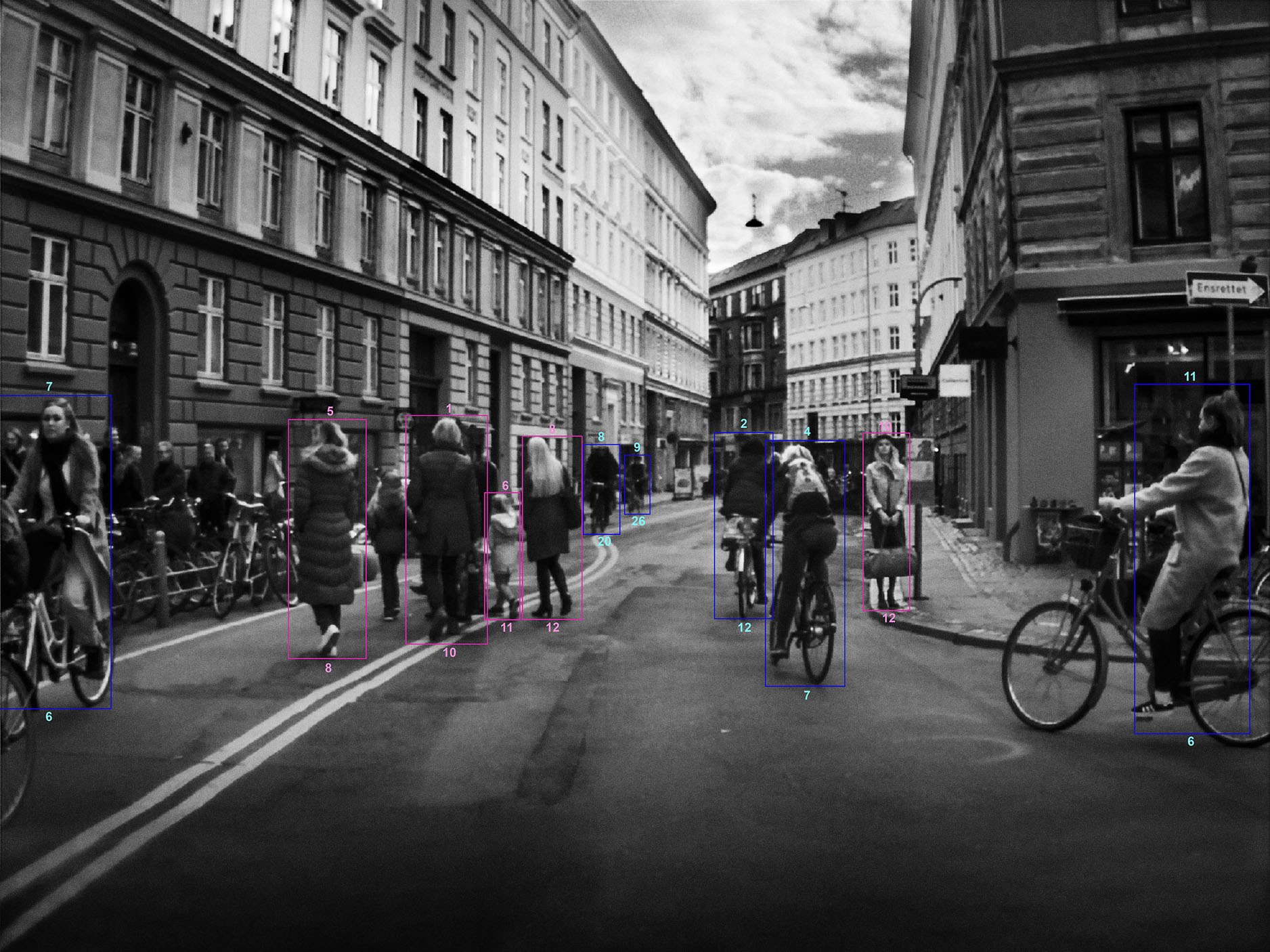 Volvo engineers had to hack the computer so Davidson could see a video feed in real time, directing a driver to frame the image she wanted as they drove through Copenhagen.

"I would say, 'Turn right, slow down, move a little to the left,' " Davidson said in The New York Times. "I was essentially framing my images in the screen that they had created for me in the car so I could see how they would look. Later, I edited pulling screen grabs off that video." 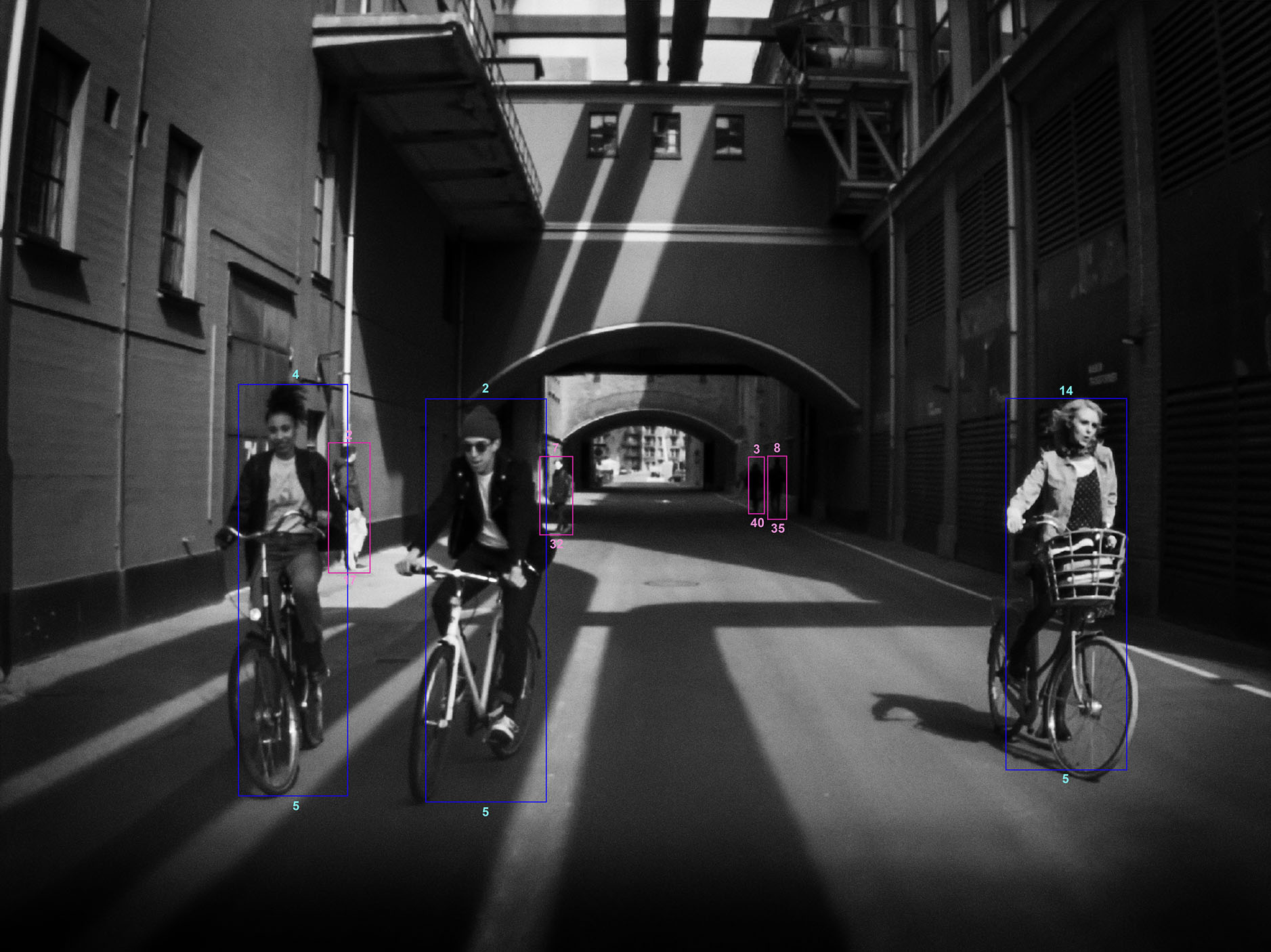 She took candid images around the city, but Volvo apparently didn't want her shooting people on the street for a project that had commercial purposes. So she also created images the way an artist might, doing something she'd never do as a documentary photojournalist: That is, she set up some scenes using actors and wardrobe, like on a film set, and she wrote a script to fit the film noir feel she was going for.

"I think the car camera has incredible artistic potential," she said, "and conceptual artists in particular are going to want to explore it. The fun part for me was that I was able to turn off my photojournalist mode." 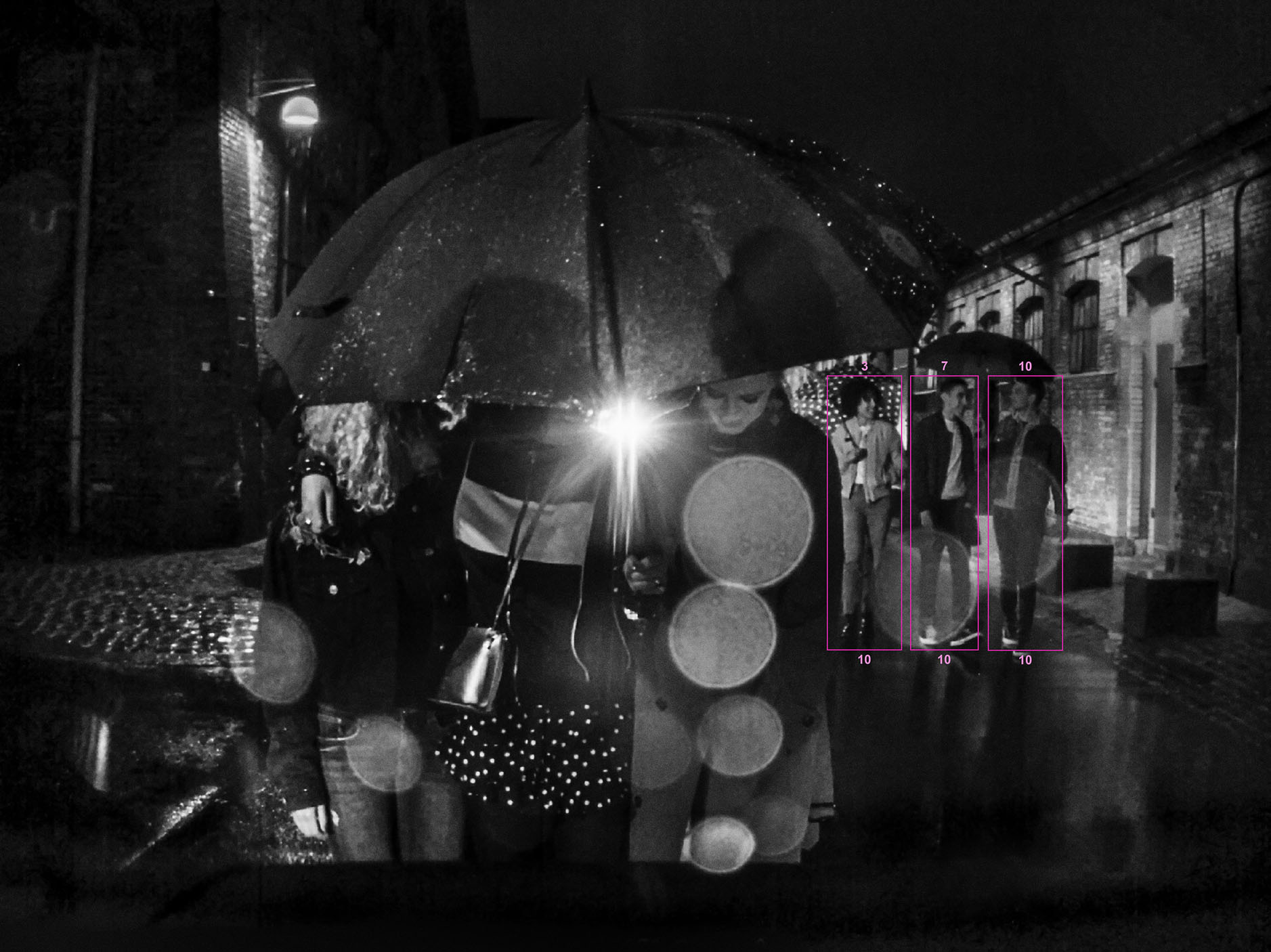 Some 30 of Davidson's photographs were exhibited at a gallery in London this week and will be shown in other countries in coming months.

Davidson said she chose to work with Volvo because "I have a very personal connection with Volvo Cars. When I was a teenager I was involved in a serious road accident where the car flipped over which, in normal circumstances, would probably have proven fatal. I was told later that I had survived because of the car I had been traveling in – a Volvo." 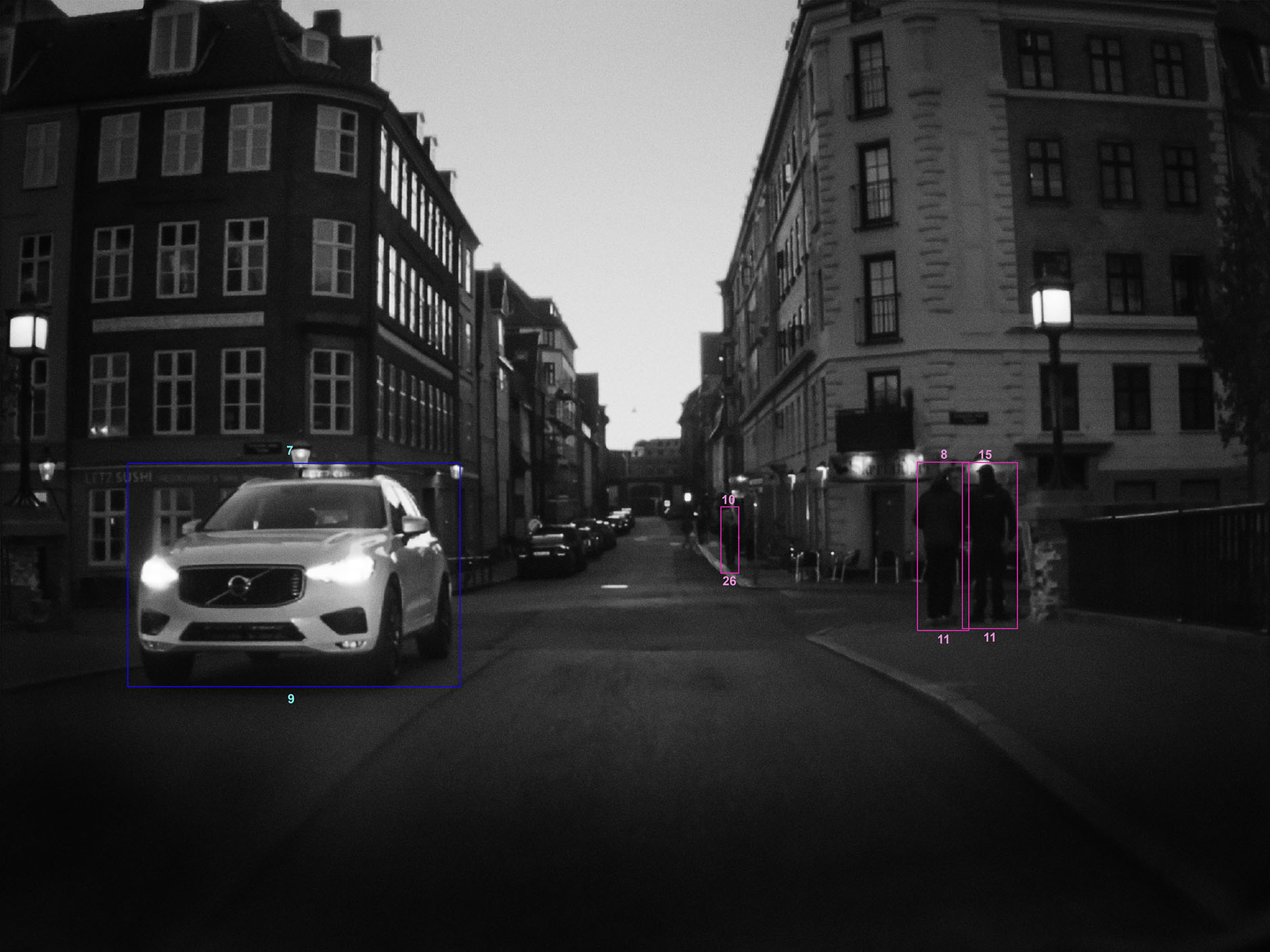 The car and its camera were never meant to do something like this, but the results are interesting. "I think we'll be using any kind of device that has the ability to record and document in some way, shape or form" Davidson said. "Whether it's for artistic purposes or whether it's for photojournalism, at the end of the day the camera is always just a tool. The photographer is the vision behind that tool." Related Video: