The Plymouth Valiant was built for the US market for the 1960 through 1976 model years (and until 1980 in Australia), and it proved to be a gigantic success for Chrysler during those years. The first generation of Valiant was built for 1960-62, on the sturdy and versatile Chrysler A Platform, and today's Junkyard Gem is a well-picked-over example in California. 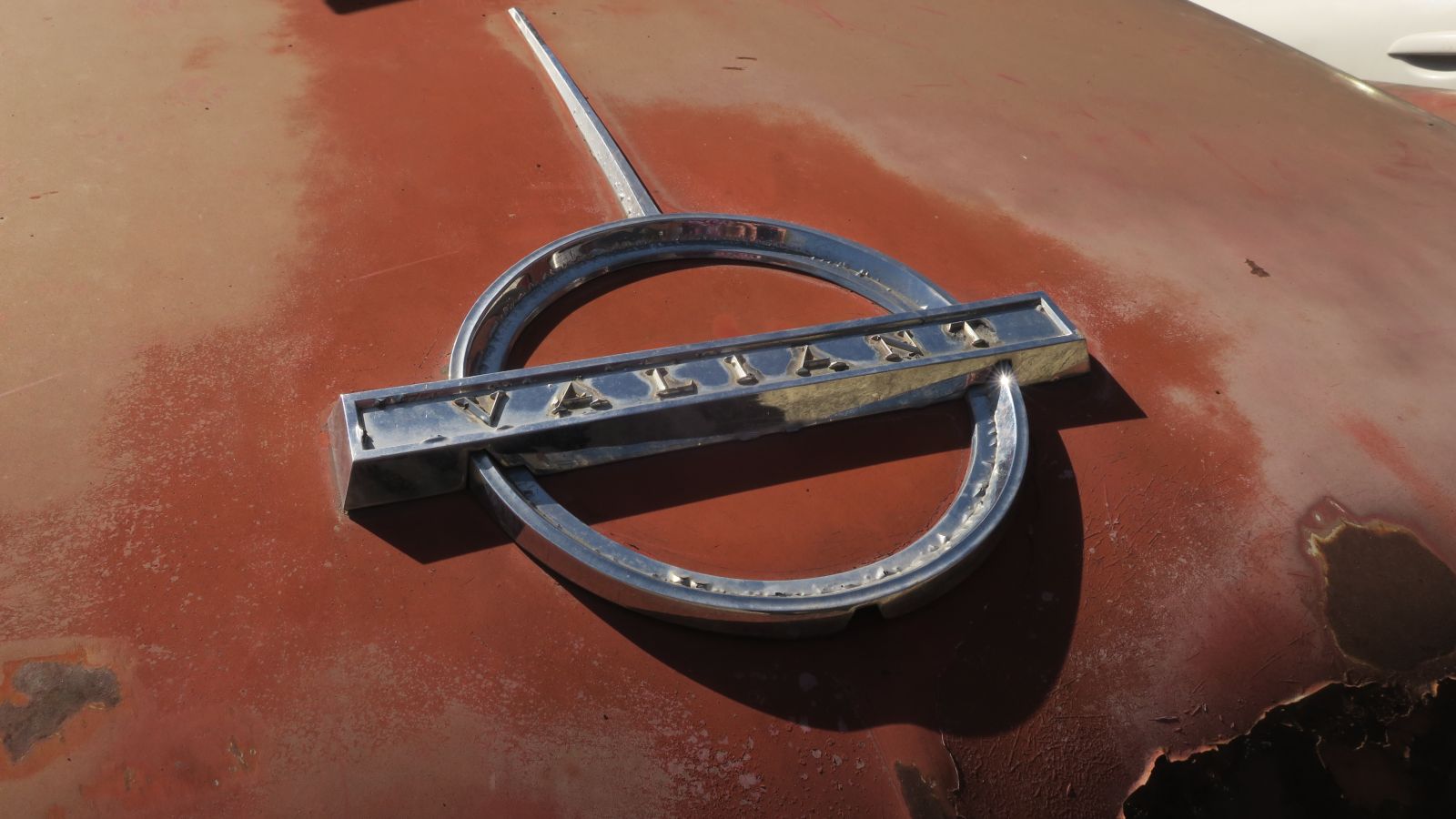 If you want to be a serious car-history nitpicker, today's Junkyard Gem is not a Plymouth. For the 1960 and 1962 model years (but, confusingly, not 1961), the Valiant was its own marque, with no Plymouth badging on the cars; this had something to do with dealership politics of the era, and anyone who knows more should explain the details in the comments. Anyway, this distinction drives everybody but the most date-code-and-chalk-mark-obsessed hair-splitters crazy, and (as someone who has daily-driven multiple Valiants) I'm just going to call this car a Plymouth. 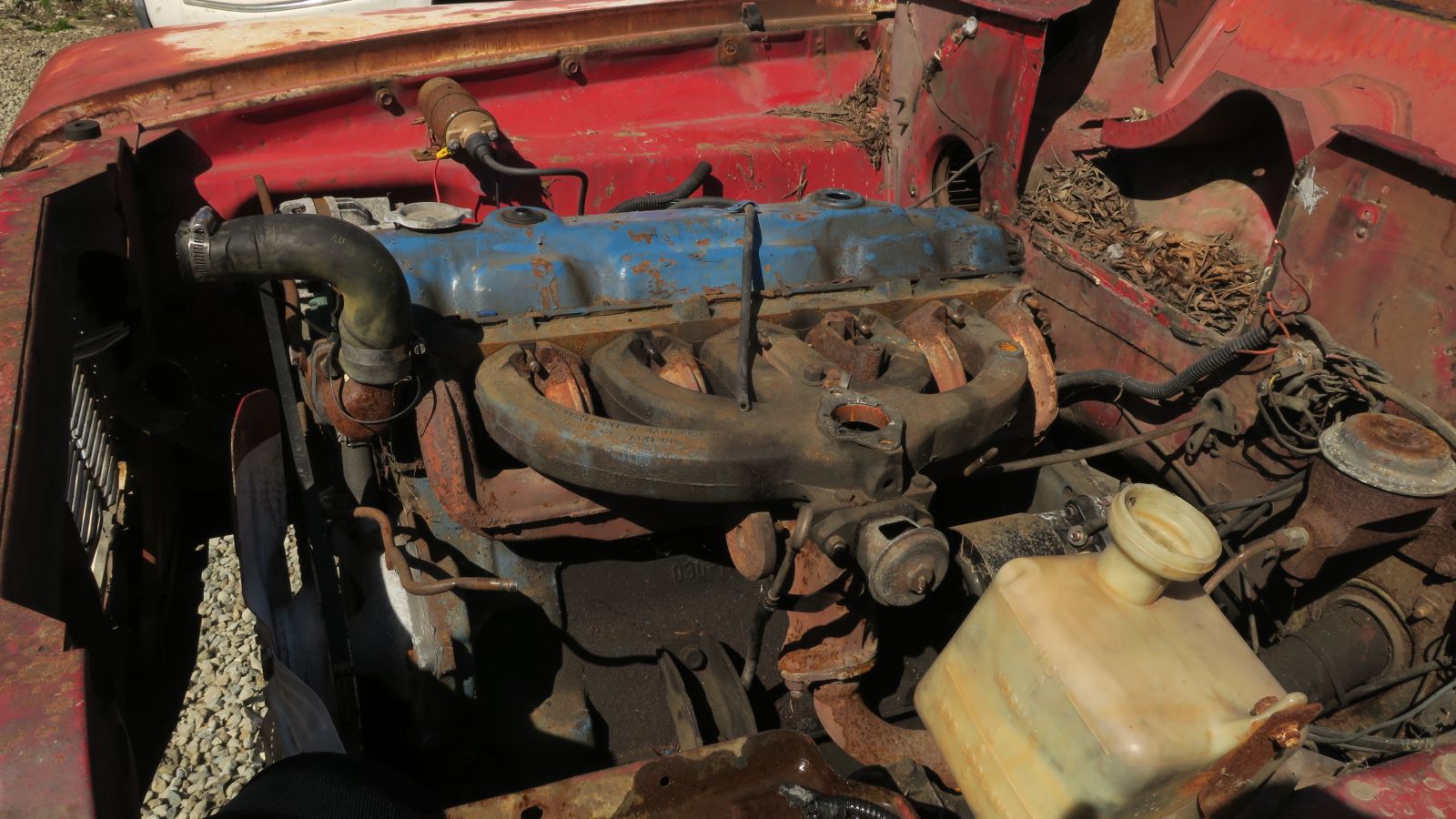 Valiant shoppers couldn't get a V8 from the factory until 1964. This car has a Slant-6 engine, with either 170 or 225 cubic inches. These engines were harder to kill than cockroaches, generally outlasting every other component of the cars and trucks in which they were installed. The transmission is the good old three-on-the-tree manual; this straight-six/three-on-the-tree combination was the default setup for Detroit cars for a good 40 years. 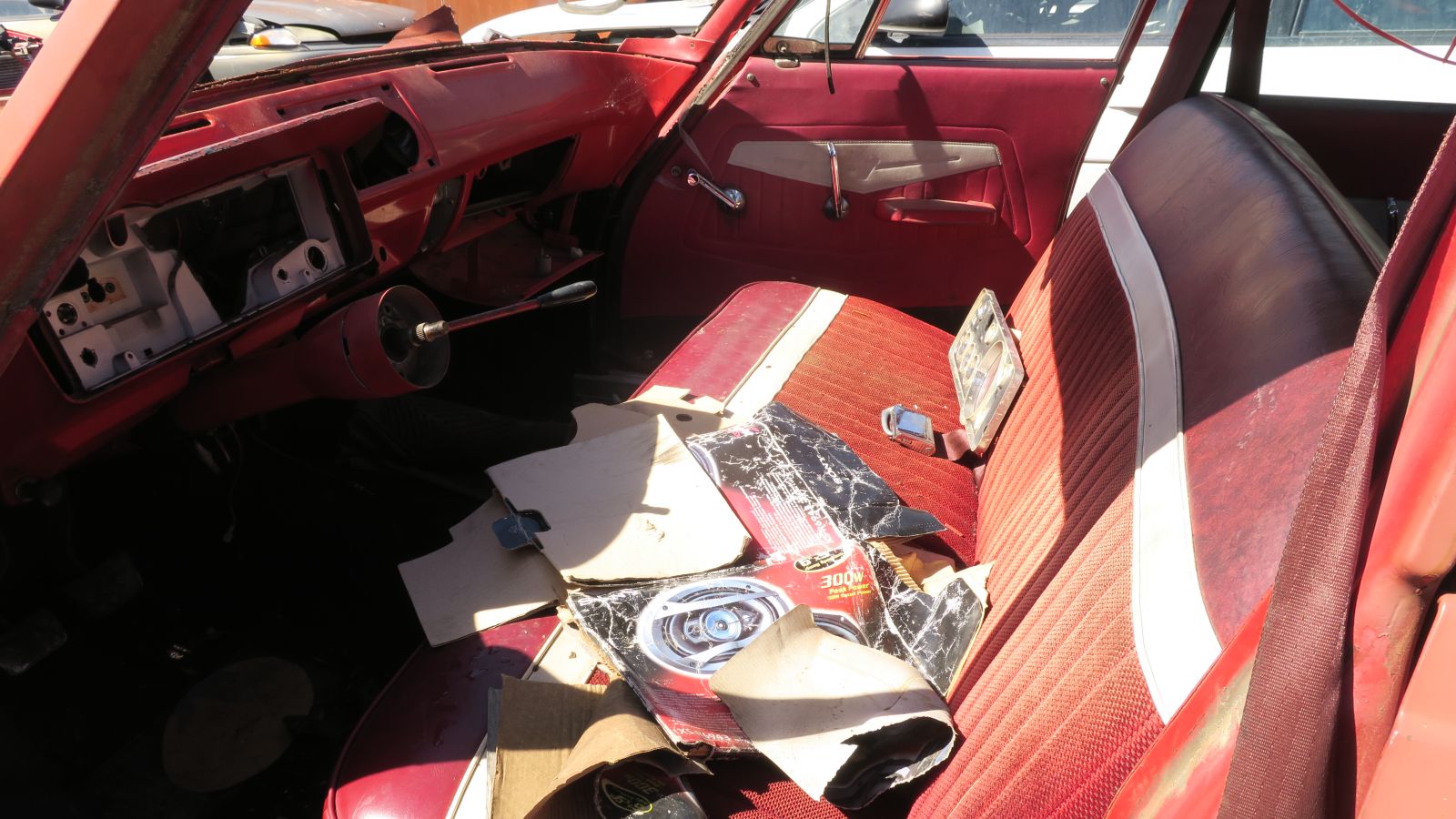 Lots of parts had been pulled by the time I got to this car, but the interior still looks like it wasn't too bad when it showed up at the wrecking yard. 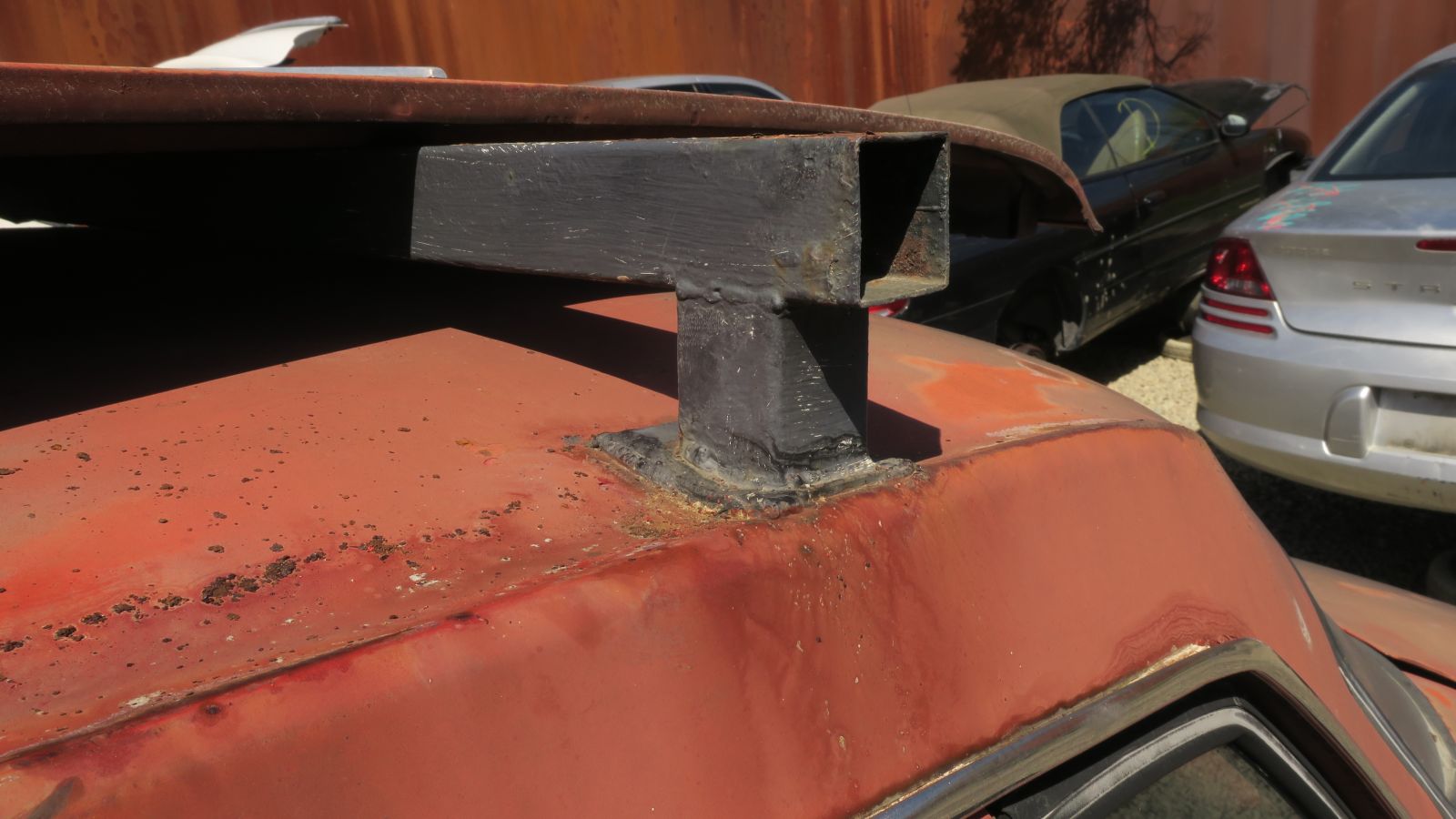 A previous owner— I'm going to go out on a limb and speculate that it was this car's final owner— welded a square-tubing roof-rack up top. 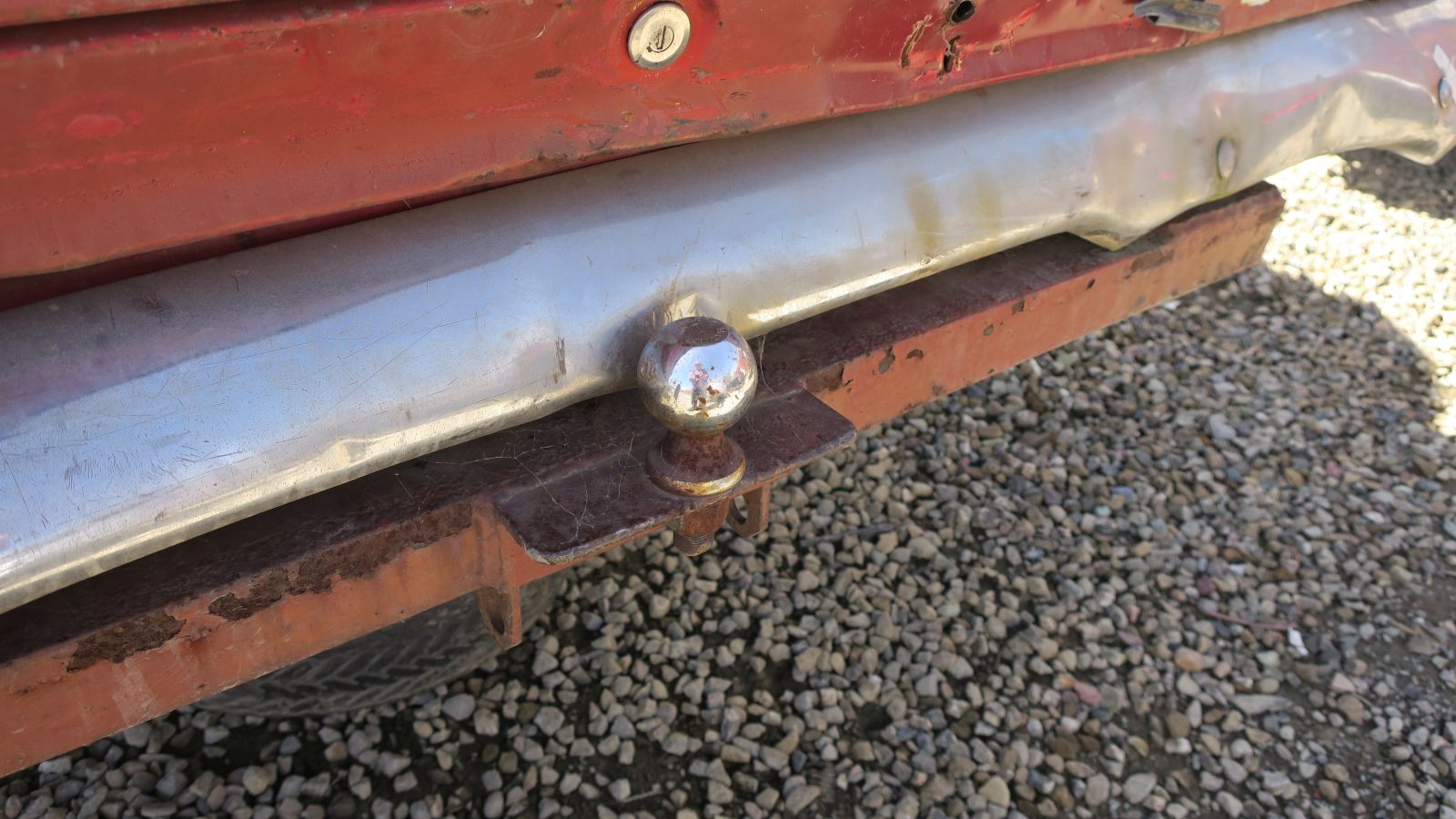 Towing capacity can't have been so great, but perhaps this car was used by a roofer or plumber to haul a small trailer, with ladder space on the roof. 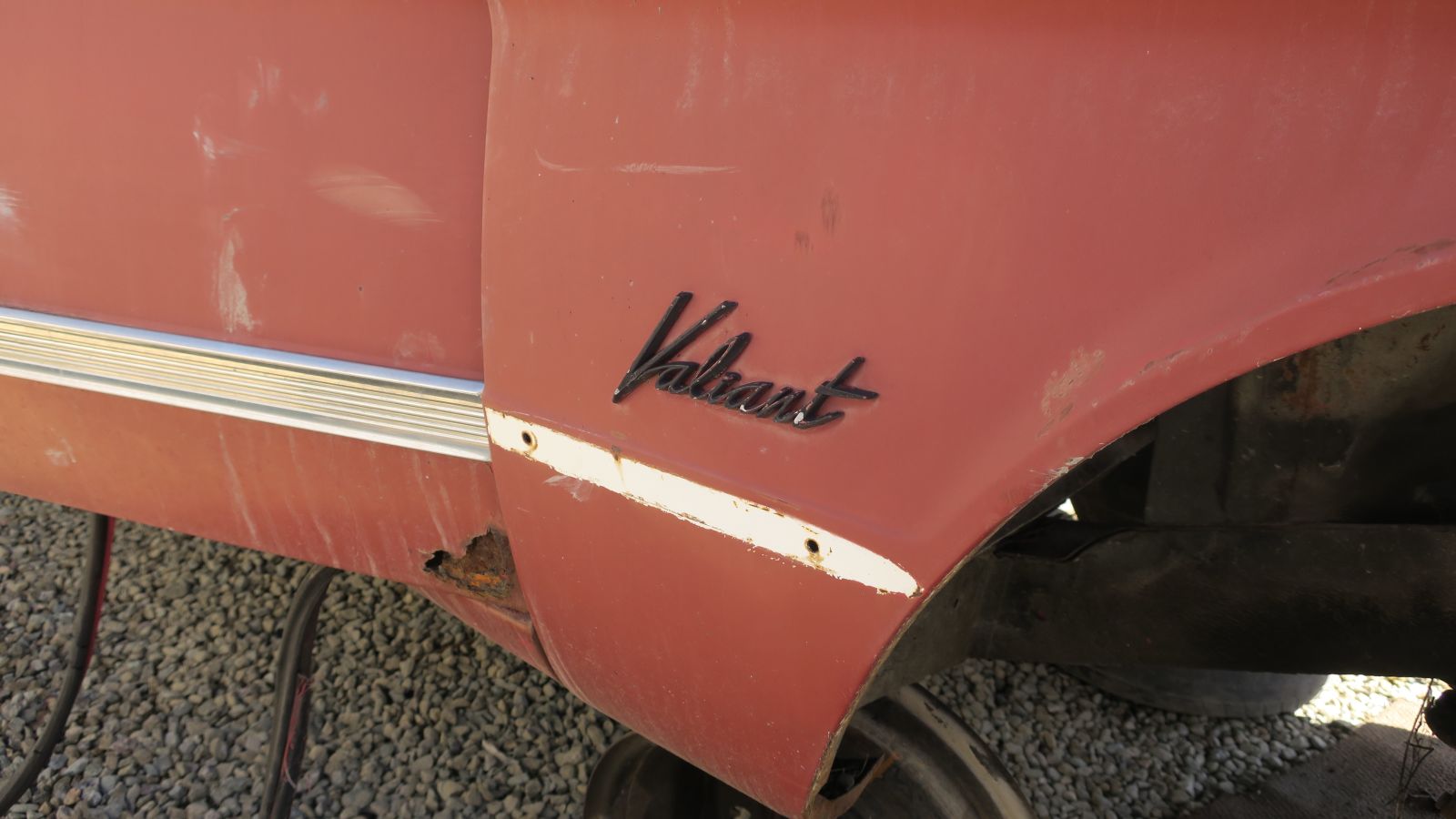 This level of body rust would be considered laughable in Minnesota or Vermont, but California Mopar enthusiasts won't bother with a car like this, particularly when it has too many doors. Next stop, Chinese steel factory.