The 2017 GMC Yukon XL Denali: Not just for the fertile set

Ruth Manuel-Logan
I have a sis whom I've nicknamed "The Vickster." She is a beautiful Amazon, 6'1 on a good day and is the mom to a singleton. So why would my sis need to own a GMC Yukon XL Denali when she doesn't have a brood? Well to this I say, is there a written rule somewhere that states behemoth SUV's must be solely purchased by, you know, school-run moms? I think not! Even though the 2017 GMC Yukon XL Denali is tanker-sized and can swallow up to nine passengers, it has road presence and supreme luxury to boot which is a real draw for not just the fertile set.

The Yukon XL Denali is an in-your-face kind of vehicle, and it was all in mine. The monolith has a presence, there's no denying, and even though it is big from every angle, it is far from odious. The stately looking ride has nicely defined slabs of metal, boxy proportions that make you look as it glides down the highway. Giving the Yukon XL my front-to-back once over, I liked its imposing mesh grille, nicely placed chrome accents and badges, riveting upsized wheels, and attractive high-intensity discharge (HID) headlamps and LED rear tail lamps.

Once I settled into the cavernous and swanky realm of leather and mellow accent lighting that makes up the Yukon XL's interior, I then realized why "The Vickster" opted for this vehicle. The SUV's interior design is not overdone, no excessive bling to the point of blindness! Tasteful appointments on the Yukon XL include soft-touch leathers, aluminum trim, wood inlays, La-Z-Boy comfy seating in the first two rows (2nd-row power-release fold-and-tumble bucket seats); and thankfully, the non-gizmos overkill command center has large and ergonomically comfy controls. Space for a leggy crew is more than ample in the first and second rows. The SUV's available power folding, third-row fold-flat seats, however, are not exactly cut out for those who have gone past middle school as the seating is less bolstered and a little too close to the floor. Loved the wide and cushy center console that is not only spacious enough for hanging folders or a laptop but most importantly, it's elbow-friendly! 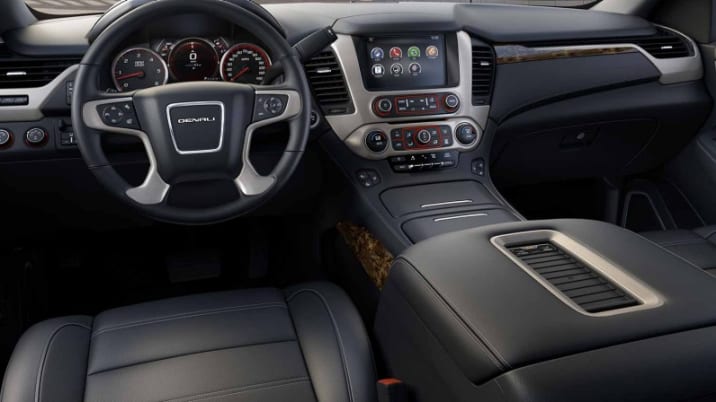 Technology on the Yukon XL did not disappoint—particularly with the available built-in 4G Wi-Fi Hotspot for up to seven devices that kept me connected wherever I roamed. The vehicle also features Apple Carplay and Android Auto, navigation, hands-free text messaging, a non-frustrating high-definition 8" infotainment Color Touch Radio with IntelliLink and I have to give praise to the easy peasy Bluetooth connectivity system that I didn't hurl curse words at not once.

Sitting tall in the Yukon XL I realized, outward visibility could be problematic for a few folks, thankfully, however, with aids like parking sensors and a rearview camera, no one should be seeing their lives flash before them when trying to park. Since the target demo for this vehicle is the soccer Mom set, it should also lure weekend warrior do-it-yourselfers, antique buffs, big-box fanatics, hoarders, or even just plain old folks who don't give a toot about global warming. Space is the draw here with the Yukon XL and speaking of space; it offers 39.3 cubic feet behind the third row, 76.7 cubic feet behind the second row and a 121.1-cubic-foot maximum capacity. The hauler also has more than enough storage of large and small bins, open and covered, up to six USB ports are available, plus five 12-volt power ports and a 110-volt outlet.

Maneuvering the large truck-based Yukon XL felt much like handling a full-sized car; the steering was precise and overall I did feel its heft, but it was very responsive nonetheless. The four-wheel drive coach (four-wheel drive is optional, rear-wheel drive comes standard) with its 6.2-liter V-8 engine, 420 horses and 460 lb-ft of torque, certainly had the cojones to dust off a few highway drivers along the way but it felt underpowered at times when accelerating. The jiggles over road thumps were slight and cushioned (thanks to its Magnetic Ride Control feature), so no anti-nausea meds were needed. I didn't expect the Yukon XL to negotiate the road twisties so impressively and with very minimal body lean yet. Braking was first-rate which is a real plus in my book. The Yukon XL's engine is pretty hushed, and overall outside noises are nicely muffled.

As far as towing for those looking to do some boating or road tripping with a trailer, the Yukon XL can tow up to 8,100 pounds. At the pumps, bruisers like the Yukon XL can't seem to escape their gas-guzzling stigma even though many shine better than they used to. The EPA guesstimates for the GMC'er are still far from stellar at 17 mpg combined (15 city/22 highway) with two-wheel drive and 16 mpg combined (14 city/20 highway) for the four-wheel-drive model.

The 2017 GMC Yukon XL Denali cuts a striking figure both on the streets and in any driveway. It has an overall nice drive quality, and the pampering interior will make even the most mundane daily commute something to look forward to. Whatever the reasons for requiring a nine-seater SUV, it's good to know we have choices. Right 'Vickster!' 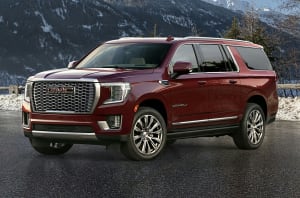 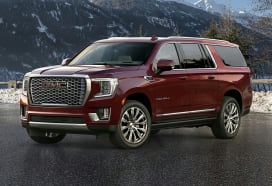 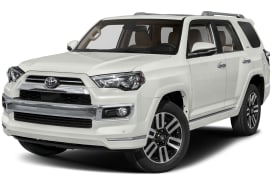 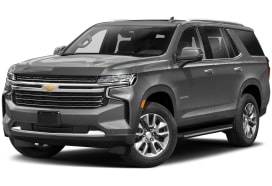