View All Specs
The Germans often stumbled during their first forays with plug-in hybrids. They were so fixated with not being the Toyota Prius, they overcompensated and stuffed big engines under the hood that weren't all that efficient, even with electrified assistance. BMW in particular tried to convince the world hybrids were still enjoyable to drive.

To some extent they were, but BMW missed the point. Many consumers actually did want range and fuel economy, and Bimmer watched as its competitors rolled out efficient small displacement plug-in hybrids. With the 2018 530e iPerformance sedan, it looks like the company is finally getting it.

The sedan achieves up to 31 miles on electricity and the total range is claimed at 404 miles, plenty usable for most Americans. Power comes from a 2.0-liter twin-scroll turbocharged four-cylinder with variable valve lift, which teams with an eDrive AC synchronous electric motor for a total output of 248 horsepower and 310 pound-feet of torque. The motor sits in the gearbox bell housing between the engine and the eight-speed automatic transmission, while the 9.2-kilowatt-hour lithium-ion battery is mounted under the rear seats. The company would not reveal fuel economy estimates. 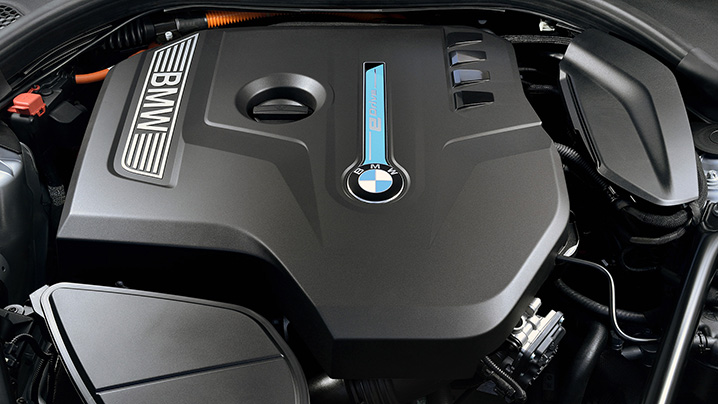 Perhaps the car's coolest trick is its new wireless charging system, which BMW developed with Daimler-Benz. It will charge the battery at a rate of 3.2 kilowatt hours (one-third of total capacity) within 3.5 hours. With BMW Connected on the center screen, the car 'sees' the 2-foot square charging pad via a wireless network. The driver is guided with a set of blue lines on the screen over the pad with an accuracy of 2.8 inches from side to side and four inches from front to back.

There's a detector to prevent children from frying if they stick a rake under the car and an animal detector to switch it off if your cat likes lying under the warm engine in winter. The efficiency rate of charging is 87 percent compared with a wall-box equivalent of 91 percent. The system goes on sale next year. Pricing was not announced, but it's expected to be slightly more than a wall box. 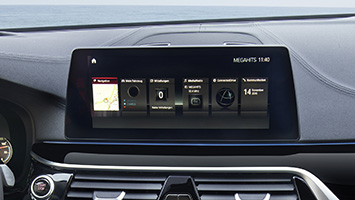 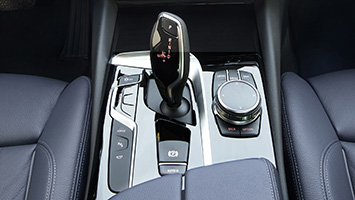 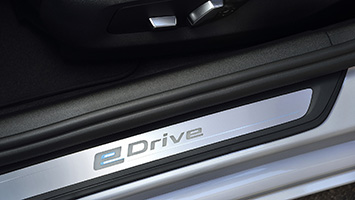 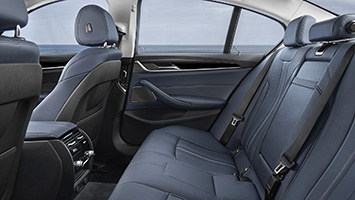 Inside you'll find a familiar 5 Series setup: austere, profoundly practical, and classy. Start her up and nothing happens except some wildly swinging needles in the instrument panel and enough blue light to think you've been transported to a Berlin nightclub. There's an eDrive (displaying battery charge, range, etc.) on the right side and a simple speedo on the left.

Unless you push the accelerator to the firewall, the 530e will always favor pulling away using battery power. It's light, brisk, and quiet, but not for long. The engine comes on noisier than you'd expect, though it doesn't add much to the acceleration. Even with the kick-down firmly engaged, there's nothing particularly neck snapping about this particular 5 Series, with claimed performance of 0-60 mph in 6 seconds (5.8 seconds with xDrive) and a limited top speed of 146 mph. The extra mass and softer chassis setup is felt through the turns, with plenty of body roll and a romping gait on undulating roads. While hardly an exemplar of feedback, the steering is accurate and well weighted. The suspension copes well with the extra mass, and on some fairly dreadful roads the 530e remains comfortable. 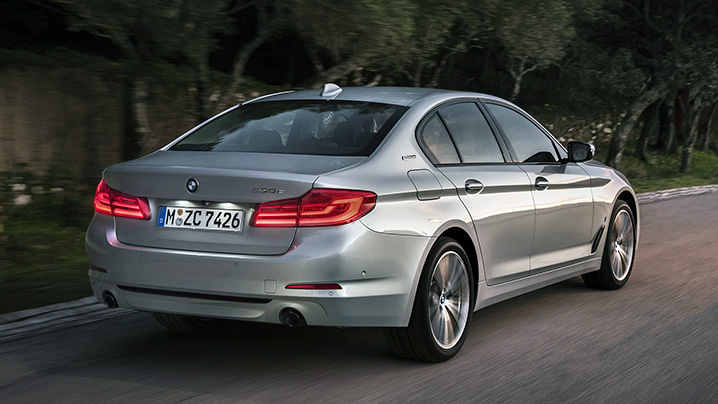 Yes, it's far from the ultimate driving machine, but you can pedal the 530e pretty quickly across country even if it isn't a particularly rewarding experience. For the record, we achieved 47 mpg in the first 50 miles of fast motoring after a battery top-off.

It's worth recalling that just over five years ago, BMW launched its first hybrid, the Active Hybrid 5, in which the engine was a 3.0-liter straight-six, the electric motor was a sort of volt-fueled supercharger and the realistic gas mileage didn't approach the claimed sticker. Fast-forward half a decade, and the company is far more evolved and in-step with consumer tastes, as the 530e demonstrates. It isn't brilliant to drive, but it does save gas. Munich engineers have finally gotten the point. 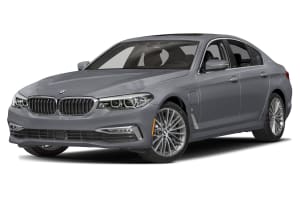