Why get a conformist Belvedere or Chevelle when you could have a Rebel?

Back when the most mainstream commuter vehicle in the United States was the affordable midsize sedan, every American automaker fought with bloody claws and teeth for tiny gains in market share for these cars. You had your Torinos, your Cutlasses, and your Satellites, with all their corporate siblings and cousins in the mix, and George Romney made sure that his troops in Wisconsin had an American Motors entry in this battle: the Rebel. You won't see many Rebels this century, but I was able to find this '70 in a San Francisco Bay Area yard a few weeks ago. 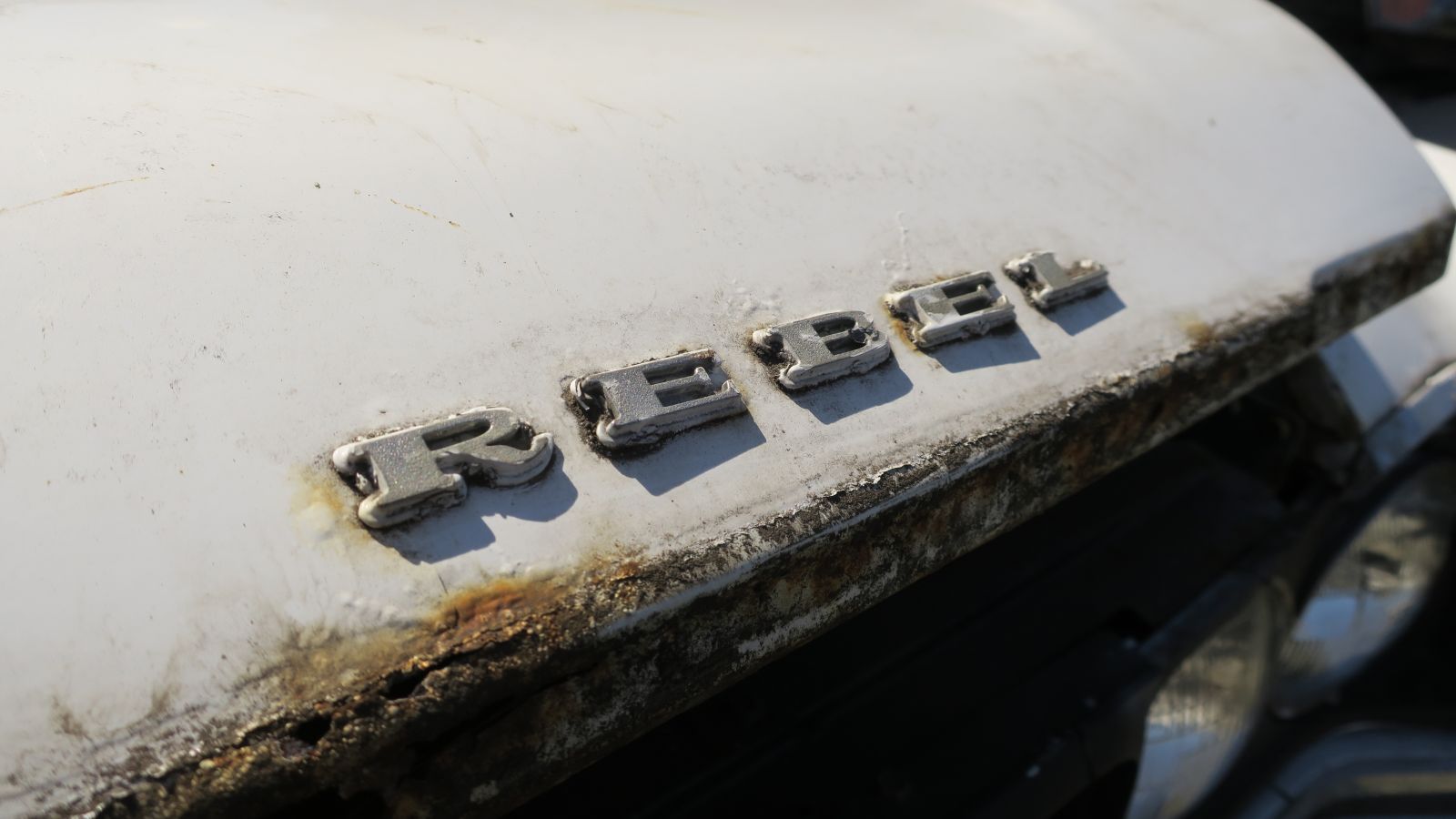 This one has plenty of rust, for a California car, and shows evidence of multiple backyard paint jobs. There's body filler over rust over paint over roofing tar over paint over what appears to be adobe, indicating that the final owner or owners of this car fought the Automotive Grim Reaper until the bitter end. 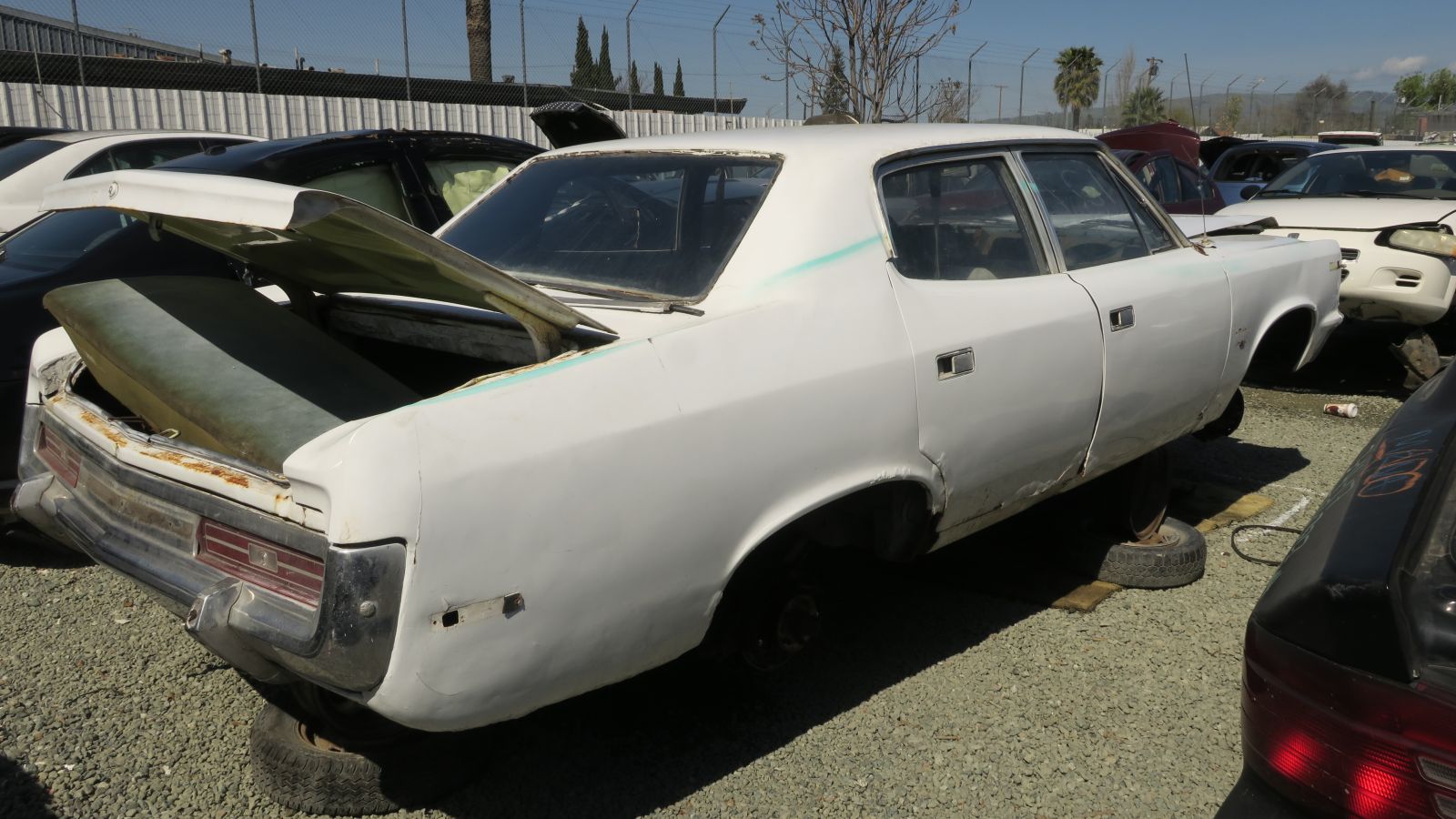 The muscle version of the Rebel was a factory-hot-rodded, wildly-painted coupe called The Machine, and those much-sought-after collectibles get painstaking restorations these days. An ordinary Rebel sedan with the base engine, in rough shape? Even a serious AMC fanatic would pass up this car in favor of, say, a restorable Gremlin X. This '70 probably spent its final two decades teetering on the brink of getting scrapped. 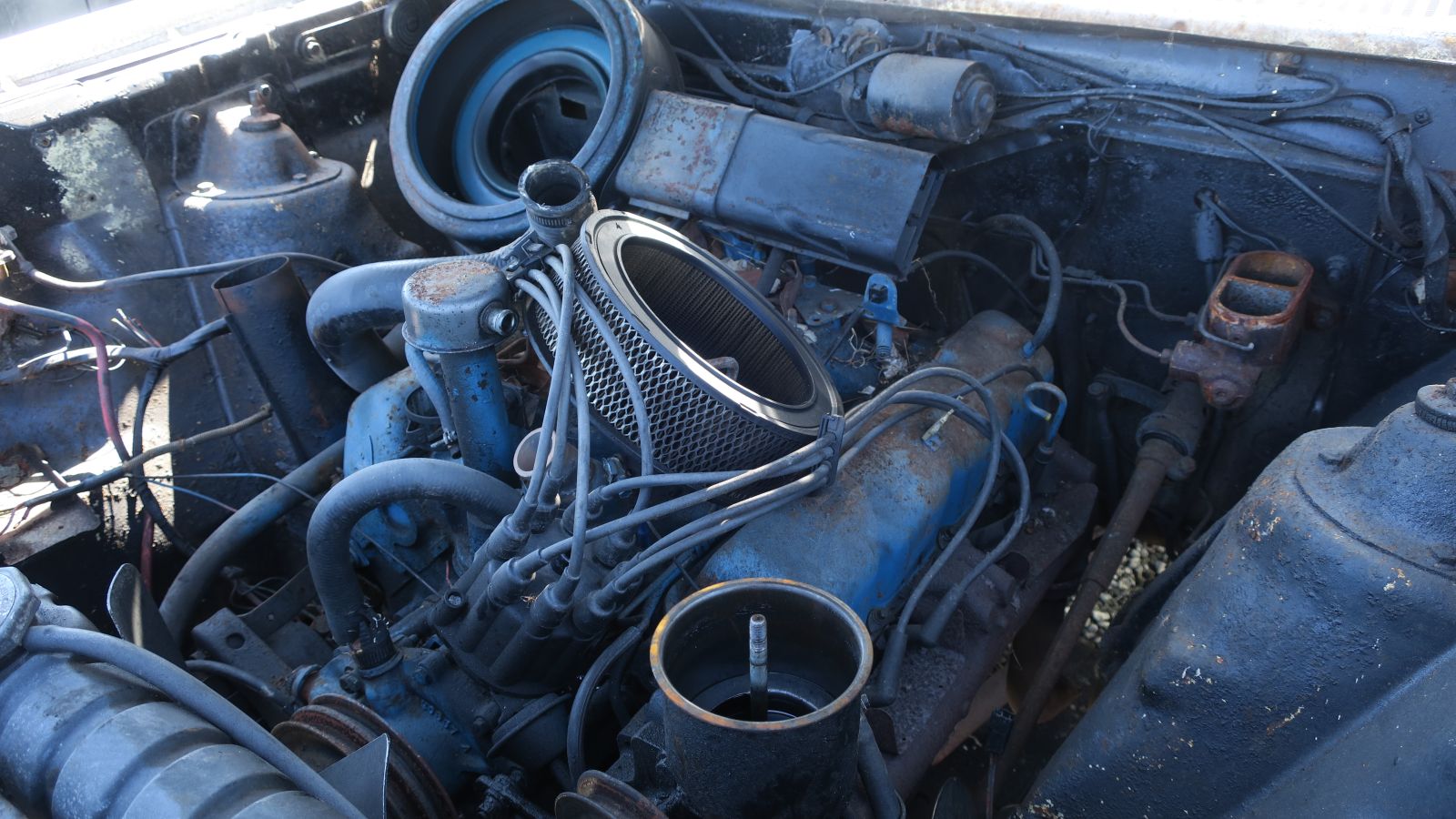 Which is sad, because these were good cars by the standards of the era, they served their owners well, and now the Rebel has been forgotten by just about everyone. This one has the optional 210-horsepower, 304-cubic-inch V8; a 145 hp straight-six was the base engine, and 360- and 390-cubic-inch engines were available as well. 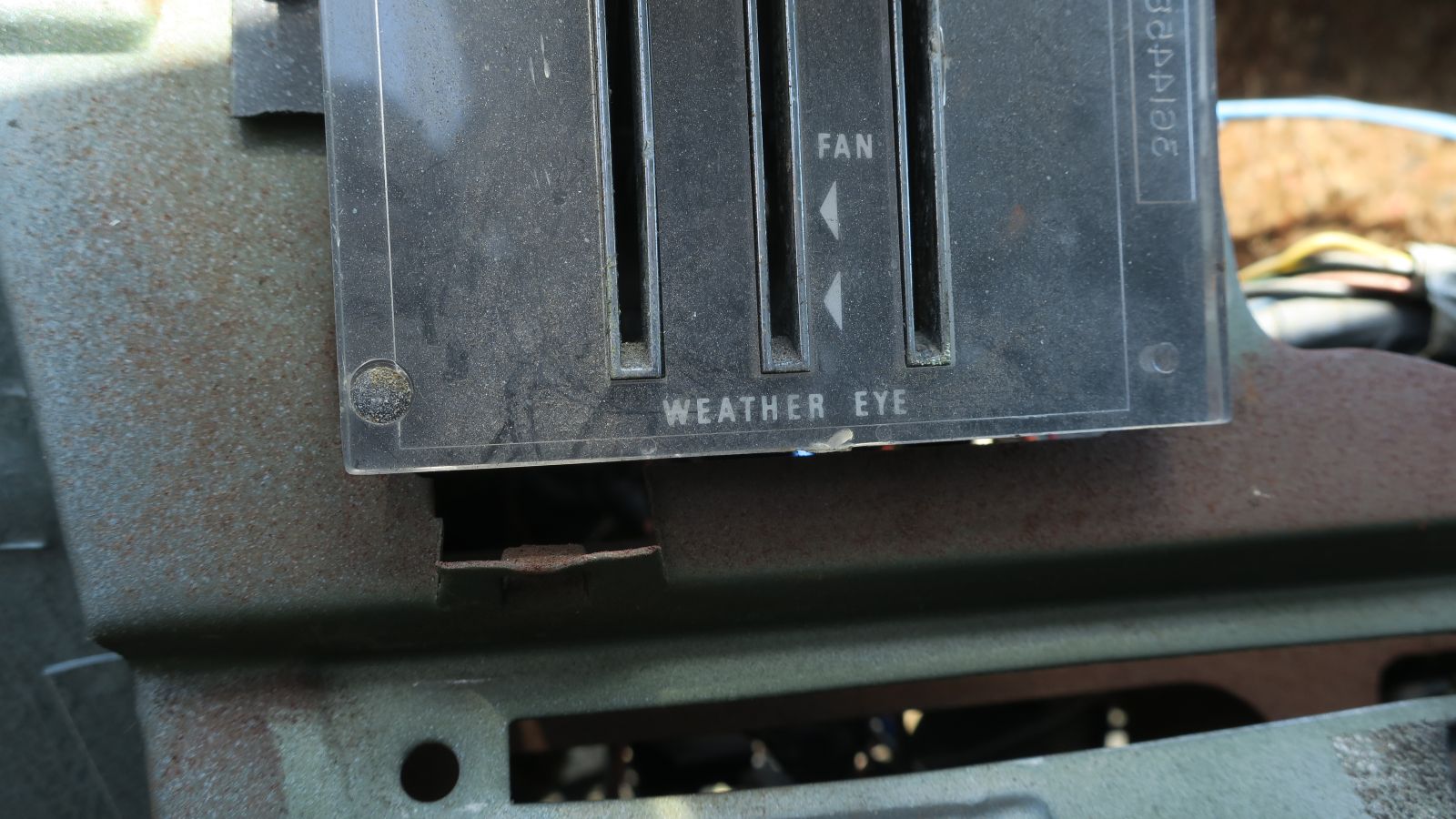 This one has the traditional "Weather Eye" climate-control system, a name that dates all the way back to the 1939 Nash and which lasted until the Hornets and Gremlins of the late 1970s. 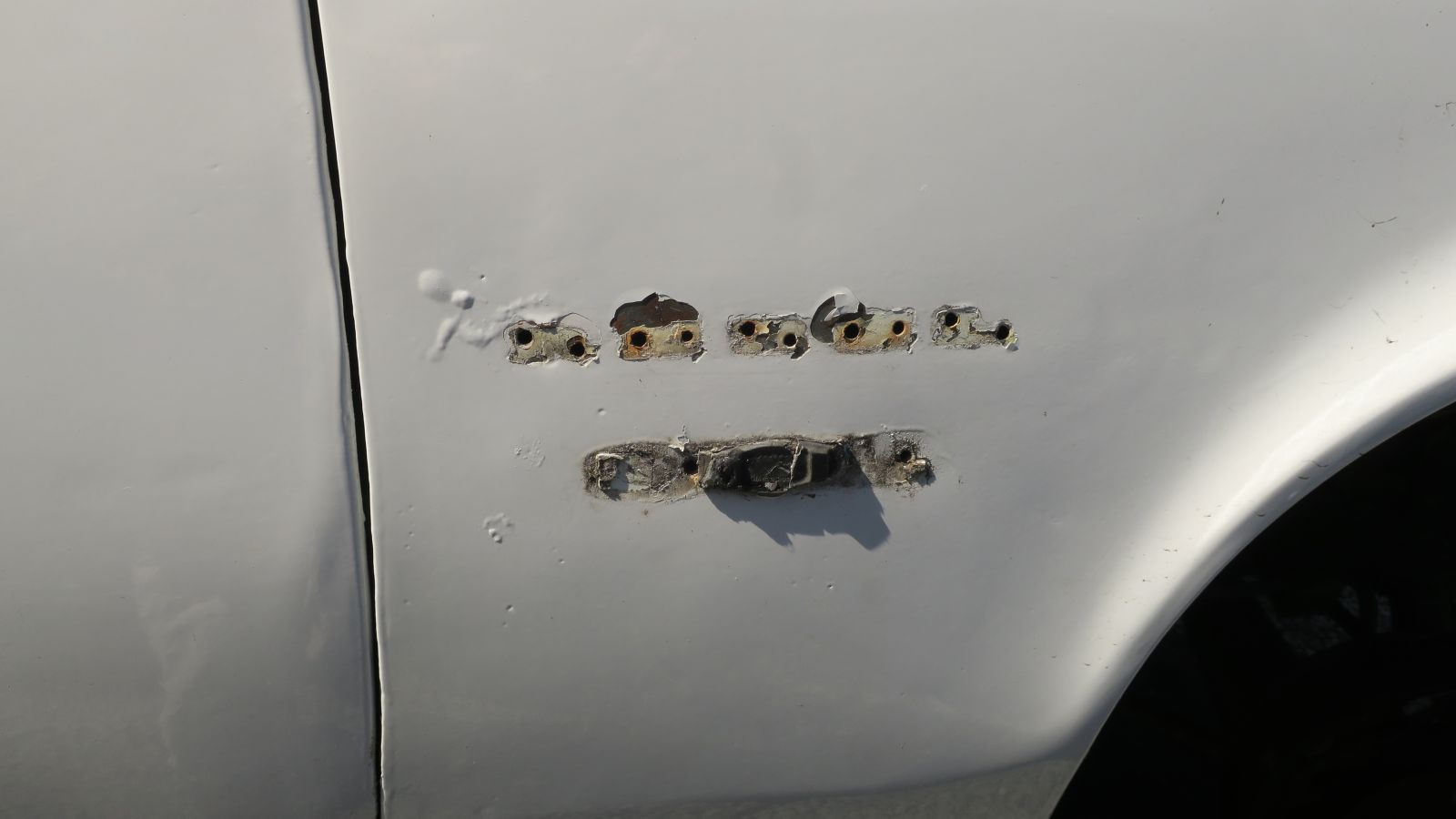 The very cheapest 1970 Rebel sedan, with 232-cubic-inch straight-six engine and three-on-the-tree manual transmission, listed at $2,626. Ford would sell you a 1970 Fairlane 500 sedan with 240-cubic-inch six and three-on-the-tree for $2,627— an entire dollar more! Meanwhile, a Slant-6-equipped Plymouth Belvedere listed at $2,641, while GM earned the King of Midsize Cheapness crown by offering a no-frills Chevelle for just $2,537. To put these prices (all of which would be in the $16k-$17k range when considered in inflation-adjusted 2017 dollars) in perspective, a new 1970 Volkswagen Beetle would run you $1,839, and a new Cadillac Eldorado was $6,903.

AMC marketed the Rebel as a tough and forgiving car, which was an accurate portrayal.